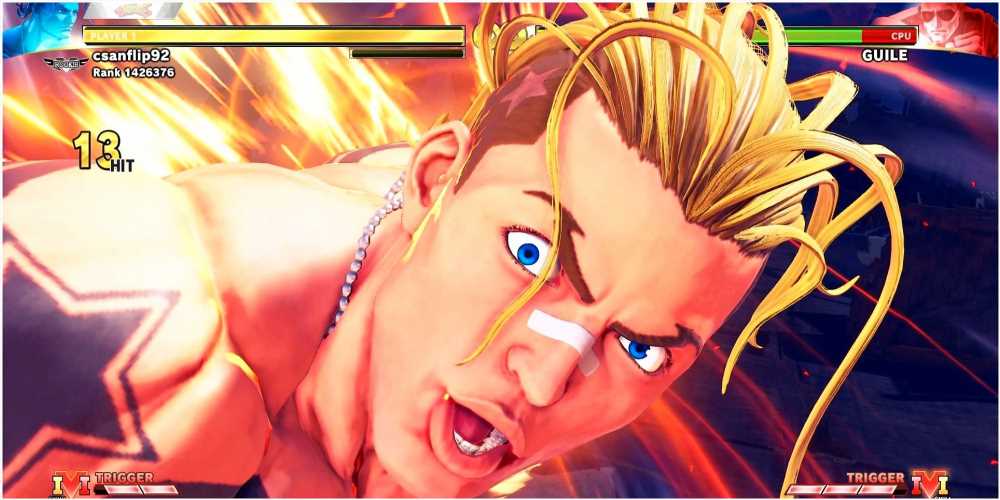 Last month, Street Fighter 5 dropped their last DLC character, Luke Sullivan, an MMA fighter and former US soldier under Colonel Guile. There's a lot of hype around Luke, especially since Capcom hinted that he is highly relevant to the series's future. So perhaps getting a handle on this character might give you an early advantage once Street Fighter 6 rolls around.

Competitors who love a fast-paced, offense-oriented brawler will find that Luke packs that one-two punch! In this guide, we're going to look at Luke's move list and see how he uses rushdown techniques to overwhelm his opponents.

Before we jump into strategy, here is a complete list of Luke's move set. Some moves have particular qualities or requirements, which you can find in the side-notes. There's also a key provided below for breaking down abbreviated terms. 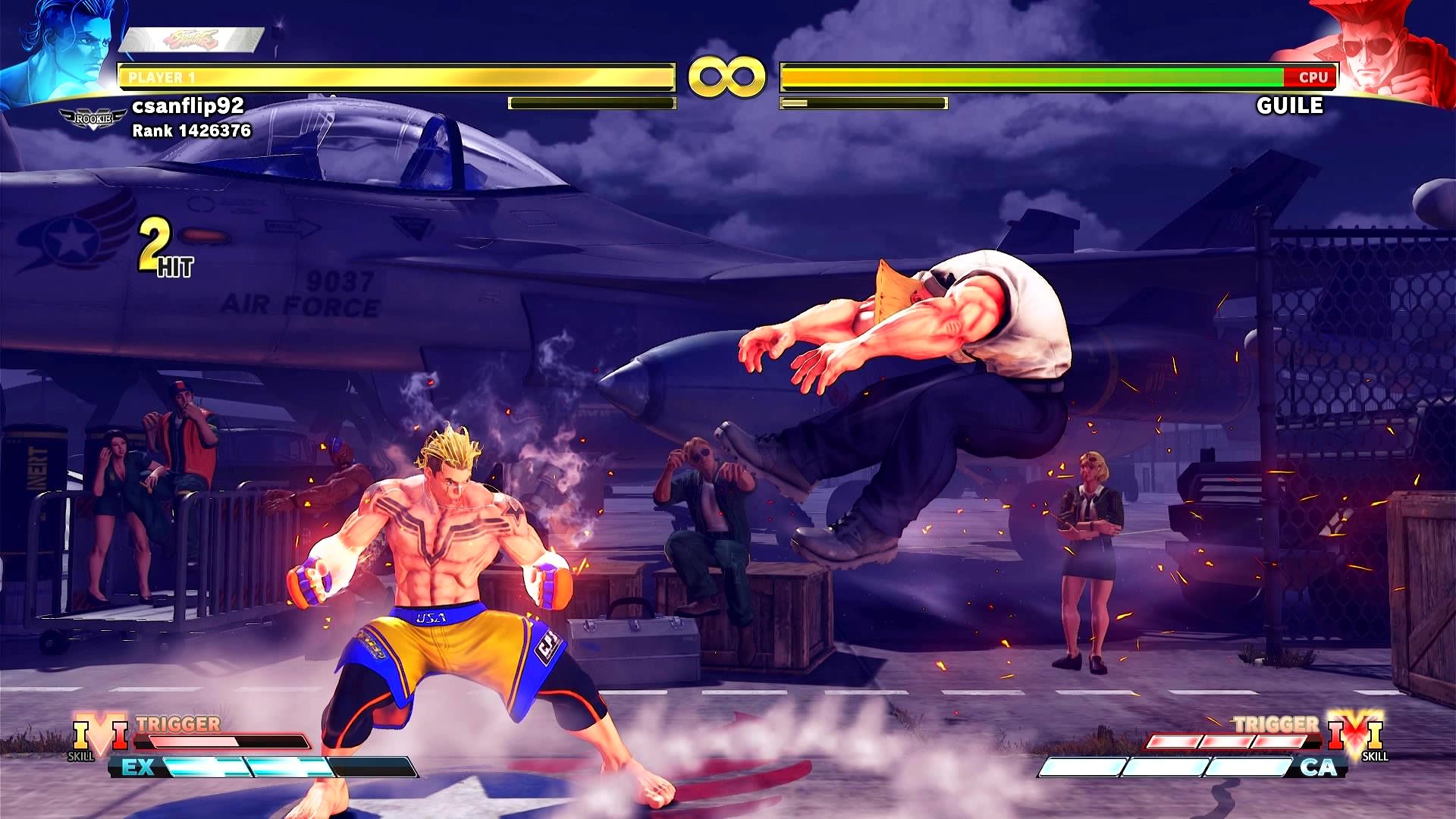 Luke's fighting style is all about rushdown and leaning into offense. For instance, many of his special moves can follow up into bigger combos. Furthermore, both his V-Triggers provide big offensive buffs, like additional special moves or repeatable special cancels.

While he's not much of a zoner, Luke offers a projectile attack called Sand Blaster that changes start-up speed and intensity depending on attack strength. What's more, its EX version hits twice and knocks opponents to the ground.

However, most of Luke's offensive skills come from a wide array of combo-integrable moves. For example, Flash Knuckle, a powerful forward punch, can get followed up on hit (excluding the heavy version). Flash Knuckle becomes more powerful when the Hard Shot V-Skill gets applied and provides more follow-up options (yes, even for the heavy version).

Speaking of follow-up, Luke has two unique attacks, Triple Impact and Snapback Combo. These are easily executable combos that you can use for hit confirmation or a devastating follow-up attack.

Both of Luke's V-Triggers also provide great offensive opportunities. His first V-Trigger, Fully Armed, gives him access to two additional special moves that chain off Sand Blaster. Luke's second V-Trigger, Vanguard, allows him to cancel Flash Knuckle into another Flash Knuckle of different strength (but only once). Lastly, his V-Timer works differently compared to the rest of Street Fighter 5's cast. While other fighters' V-Timers decrease with time, Luke's increases over time and when he induces damage. Conversely, if Luke incurs damage, his V-Timer decreases.

In short, Luke's playstyle rewards offense. You'll want to string his specials into longer combos that pressure opponents into a corner. As long as you can find an opening to strike, you are on your way. Finding that opening, and closing the space between you and your opponent, is where evasive techniques become essential. 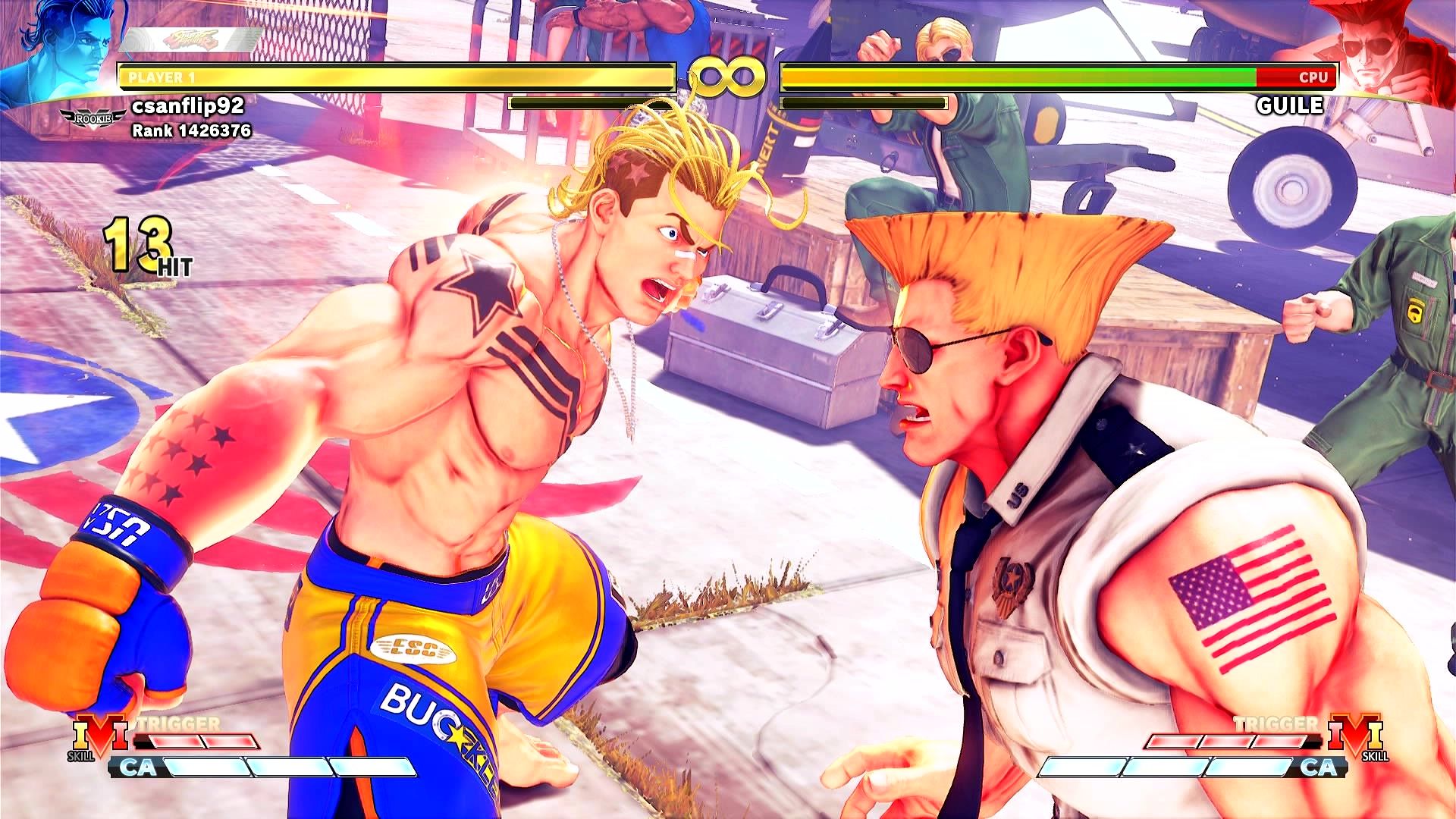 While Luke is not a defense-heavy character, you'll need his evasive skills to approach enemies without getting hammered. Luckily, there are a couple of stealthy maneuvers at Luke's disposal. Utilizing Luke's V-Shift and V-Reversal techniques is a given, but there are other tools you can use as well.

One notable move, in particular, is the Rising Rocket, an anti-air attack that propels Luke forward. In addition to jumping attacks, Rising Rocket's light version is invincible to throws, and its heavy version can dodge strikes and projectiles partway through. Lastly, its EX version is entirely invincible upon activation. This flexible invincibility makes Rising Rocket an excellent move for closing in the space between you and your opponent.

Another V-Skill in Luke's toolbox is Suppressor, which attacks opponents after moving backward. Suppressor is invincible to throws partway through, making it a strong counterattack. Plus, if you evade a throw at the right moment, you'll trigger a stylish slow-mo moment that deals more damage and stacks your V-Gauge!