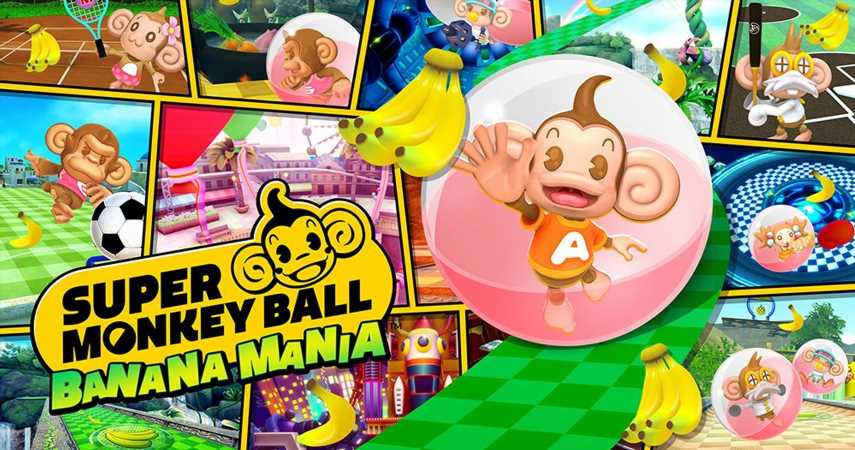 The legendary Super Monkey Ball is returning to current and next-generation platforms this fall with Super Monkey Ball Banana Mania, a trilogy compilation of the first three games in the series with remastered visuals and new features. Slated for release on October 5, 2021, on PC, PS4, PS5, Xbox One, Xbox Series X, and Nintendo Switch, players can expect to traverse over 300 courses and experience 12 different minigames with a returning cast of classic characters that will be accompanied by some new faces.

Comprised of Super Monkey Ball, Super Monkey Ball 2, and Super Monkey Ball Deluxe, a new story mode will likely link these titles together into one massive campaign. There will be a comic book-styled visual aesthetic, four-player local co-op, a plethora of online challenges, and new leaderboards for each stage. It’s maybe a little disappointing that online co-op isn’t available, but there will be online competitive play for up to four players.

Banana Mania will also feature a ton of remixed stages from the classic games that are sure to give veteran players a real challenge. Along with the obvious HD upgrade, players can expect to see new character models and higher resolution textures. That’s sure to give the new photo mode a nice workout.

In a press release, Monkey Ball creator Toshihiro Nagoshi said, “We’re thrilled to announce a new Super Monkey Ball at the same time as we celebrate the 20th Anniversary of this beloved series. Everyone’s support, especially fans overseas, has been a big encouragement to the development team over the years. We can’t wait to reintroduce the rich world of Super Monkey Ball to a new audience.”

Masao Shirosaki, producer and director of Banana Mania, added, “It’s an honor to be a part of such an iconic series with 20 years of history. Super Monkey Ball’s charm and playfulness is deeply rooted in its DNA, and we’re eager for our fans to experience the joy and wonder of the newest adventure.”

Super Monkey Ball Banana Mania will release for $29.99 on PC, and $39.99 on consoles. A digital deluxe edition going for $49.99 will include six classic character skins, three legendary console skins, 10 customizable items, and a classic soundtrack. Sega is teasing a special “20th Anniversary Edition” for retail outlets that will contain an art book, reversible cover, collectible sleeve, and 10 additional cosmetic items.