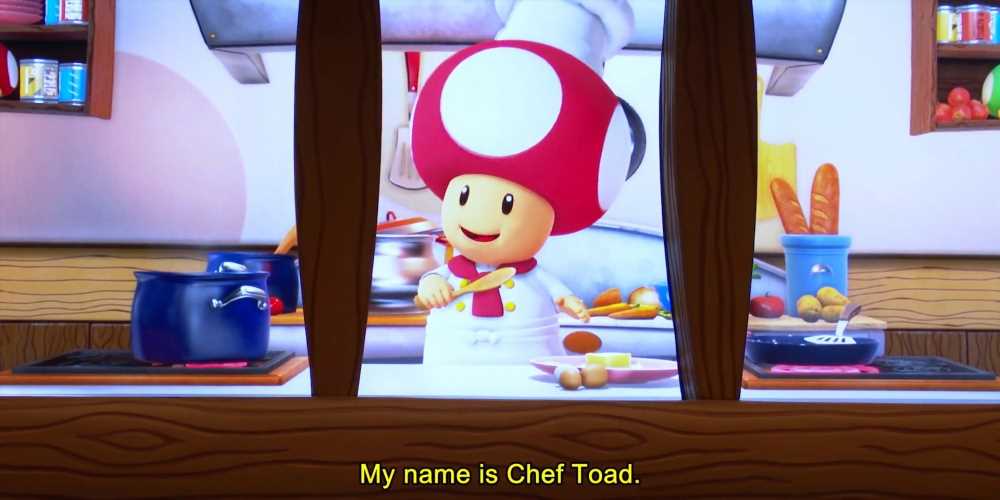 Parts of Super Nintendo World Hollywood have opened a month early, giving fans the opportunity to try out some of the attractions before the official launch on February 17. And despite this being classed as a rehearsal, it's surprisingly in-depth, with attendees able to interact with Mario characters and try out some of the experiences around the park. But there's one feature that's open to the public that's particularly eye-catching: a fully voice-acted Toad.

In Super Nintendo World's food outlet, the Toadstool Cafe, attendees are being greeted with a message from the "head chef" – one of the Mushroom kingdom's Toads. However, unlike the Toads we're used to in the vast majority of Mario games, this one is capable of full speech, and it's kinda terrifying. One fan managed to get a recording of this video message, letting the rest of us experience it in all of its glory well before the park opens.

The video was shared by Twitter user @misterduby, and gives us one of our first glimpses at how this addition to Universal Studios Hollywood will transport us into the Mushroom Kingdom. Of all the videos captured, this one also seems to be getting the most attention.

It's safe to say that reactions are split. Some are pleasantly surprised to hear voice acting from any Mario character, since speech in most games is reduced to a few words here and there. However, others are finding it all a bit off-putting, which isn't exactly what you want when you're walking into a restaurant. Maybe just keep the head chef in the kitchen, yeah?

If you happen to be visiting Universal Studios in the coming days, there's a chance you'll also be able to check out the new Mario-themed add-on while you're there too. It seems that a limited amount of guests are being allowed in while tests are underway, but there will obviously be a whole lot more to do when it fully opens in February.