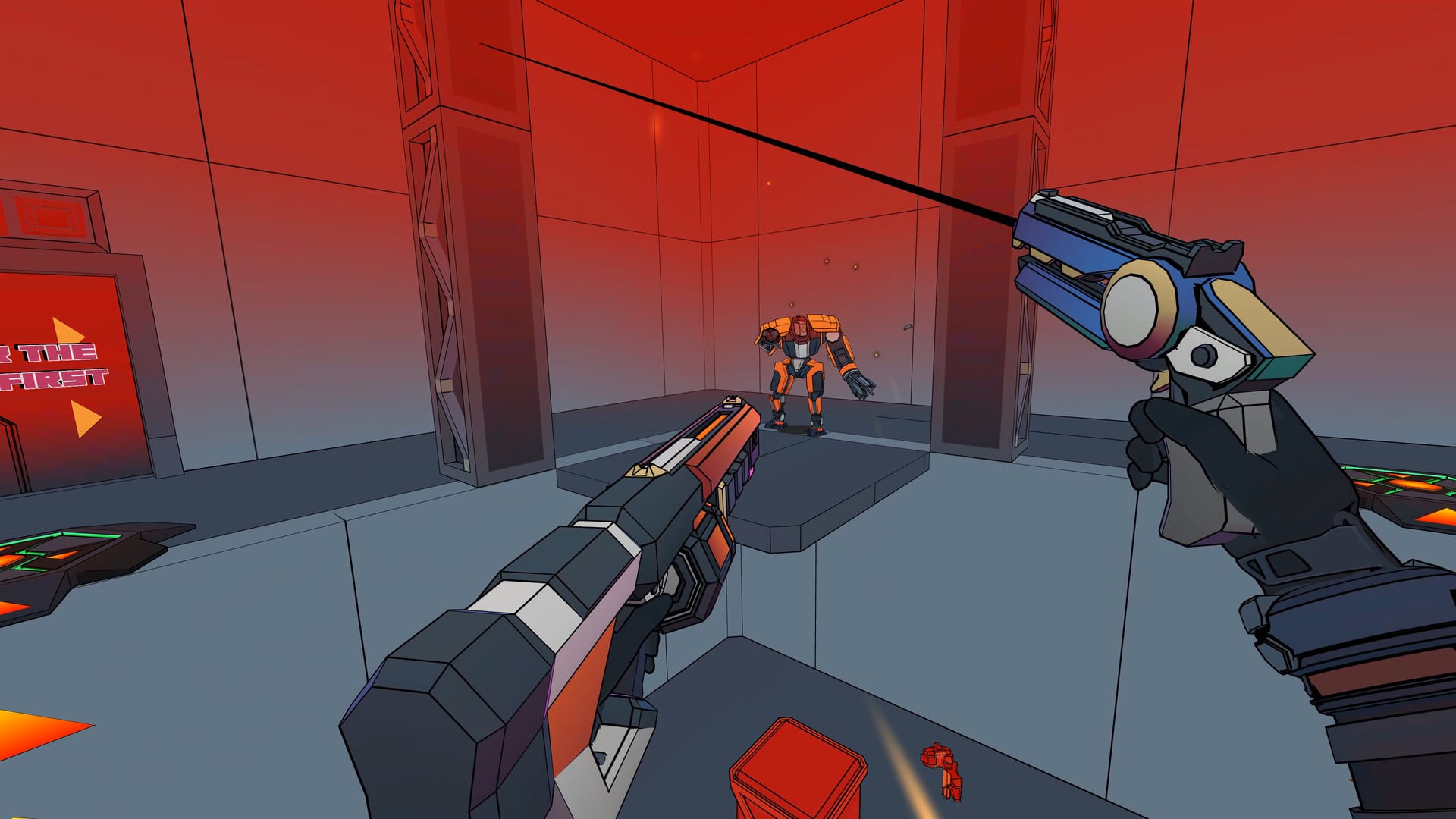 Sweet Surrender might just be a new VR shooter to keep an eye on.

This roguelite from Salmi Games — who previously worked on Growrilla — is now listed on SteamVR and is aiming to release in late 2021. In the game, players fight their way through a tower filled with hostile robots. Check out some gameplay in the GIF below.

According to the Steam page, Sweet Surrender is based on agile combat; players have a zipline to shoot across levels and you can blast through walls to get to new areas. As you progress, you can upgrade your abilities using chips and enhance your weapons using EMP effects. Eventually, you’ll unlock new weapon builds too.

We really like the game’s art style and we’ve already seen some great roguelite titles like Until You Fall work on the platform. If it nails the gameplay loop, Sweet Surrender could prove to be a winner.

Currently, the game’s confirmed for Oculus Quest and PC VR headsets. A final release date has not yet been announced.

Will you be checking out Sweet Surrender? Let us know in the comments below.