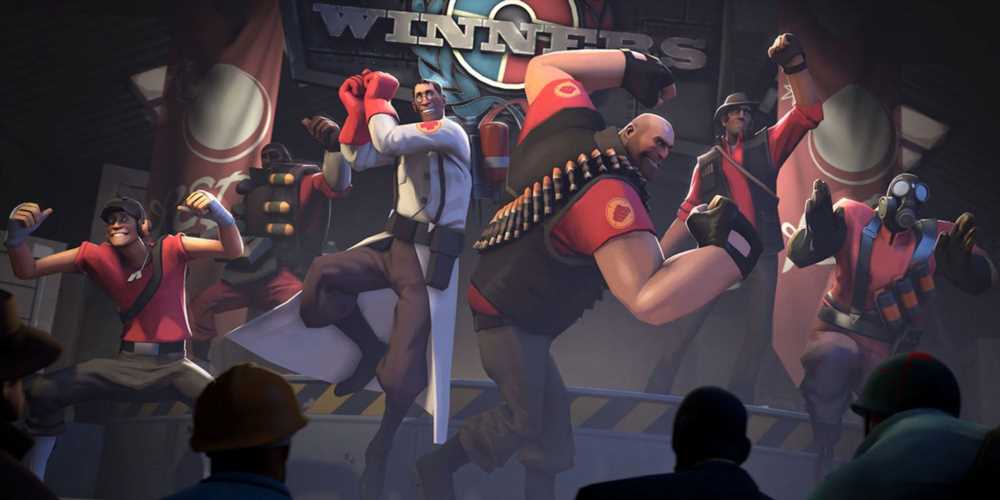 One of the best things about Team Fortress 2 is the variety you can get within the choice of maps. There are so many to choose from, meaning no two battles are ever the same. This can be a wonderful thing, but it does make choosing a good map a real challenge. Especially since some are undeniably better than others.

Ultimately, it all depends on the team you're playing with and your own preferences. However, these maps will give you a much better experience than some others and will get you on your way to success, as long as you have the skills and the team to back it up. 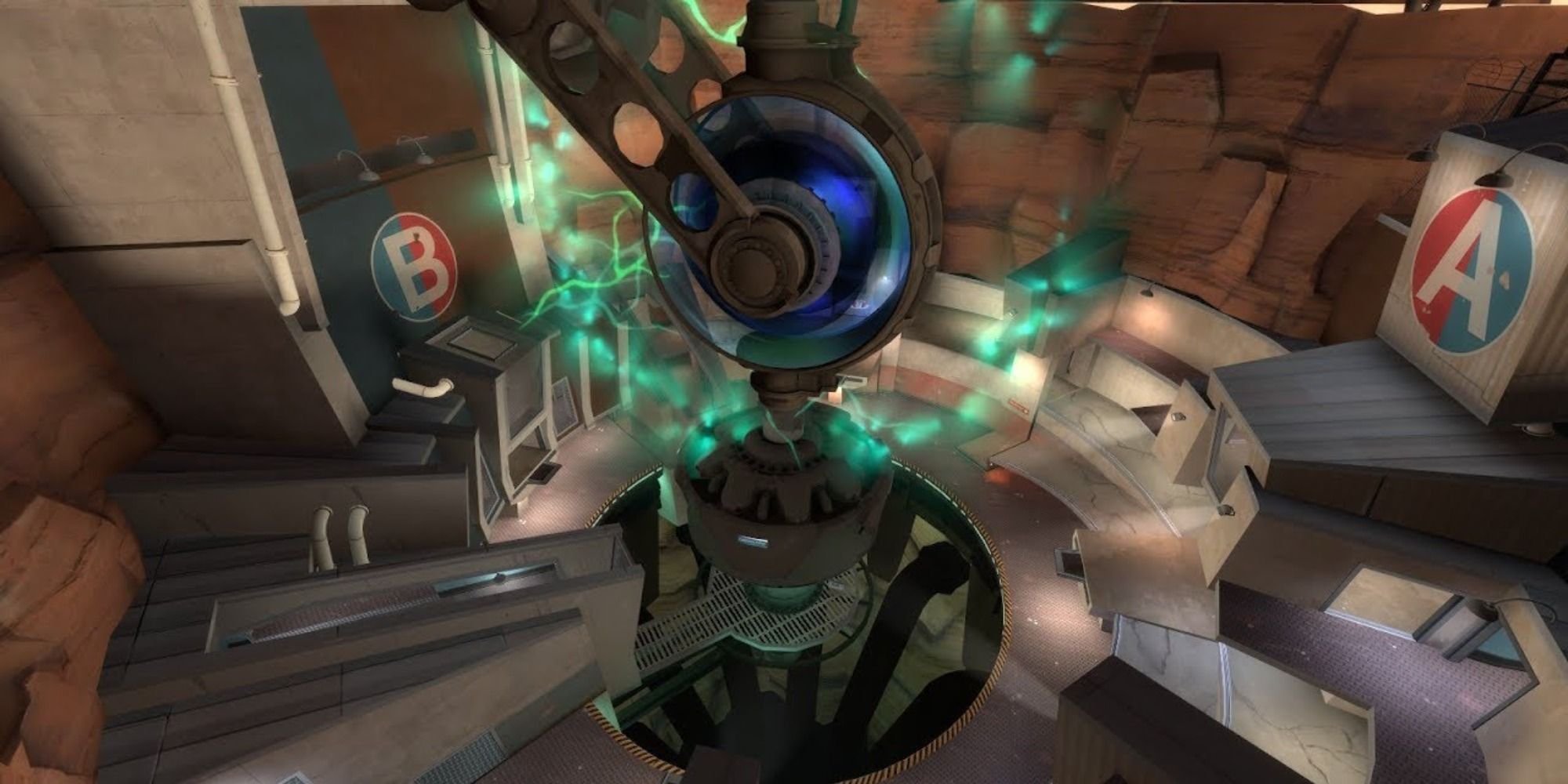 A lot of people will have a love-hate relationship with this map. Either way, you have to go into Nucleus expecting a little bit of camping. That's where the skill comes in. With the multiple exits and enemies dotted around the map at all times, you'll need to be good enough to push through and get to the objective.

Unfortunately, some players tend to ignore the objective on Nucleus, which can be frustrating but will more often than not guarantee you a win if you push it. As for the rest of the map, it's got a really nice aesthetic, keeping it simple but effective. It also has a huge death pit in the middle of the map and watching the enemy fall makes it all the more enjoyable. 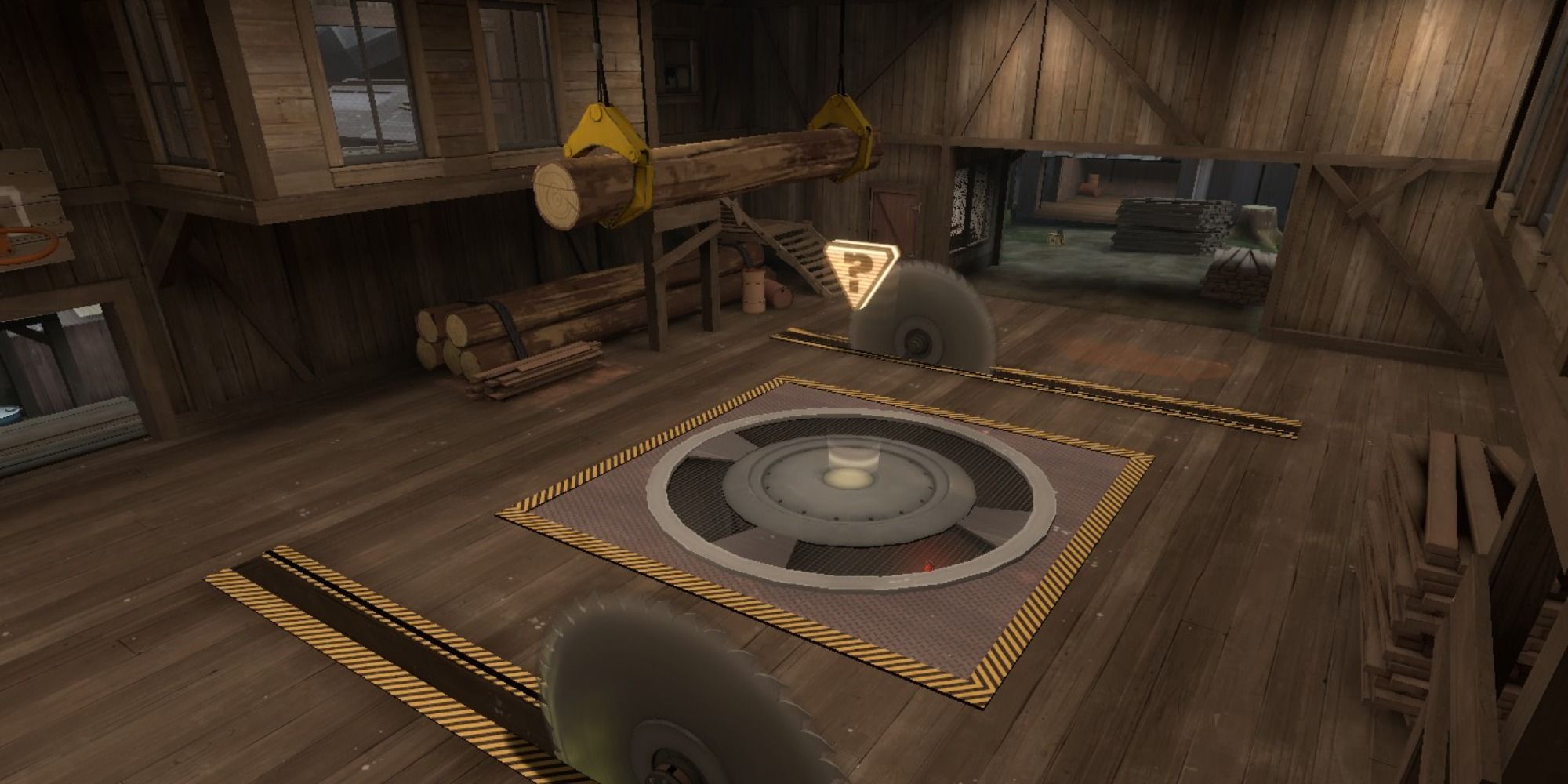 With three different modes available in Sawmill, this map is undeniably versatile. You can play capture the flag, king of the hill, and arena, making it perfect for anyone who likes to play more than one mode throughout their battles.

This map is one of the few in the game to not be symmetrical which is certainly interesting and does have a little impact on the game, but nothing to make it incredibly good or dreadfully difficult. Unless you like using snipers due to the fact that there are some wonderful places for that kind of warfare. That being said, it can be a little frustrating having all the snipers pointed at your spawn, so it's vital you take them out when you can. 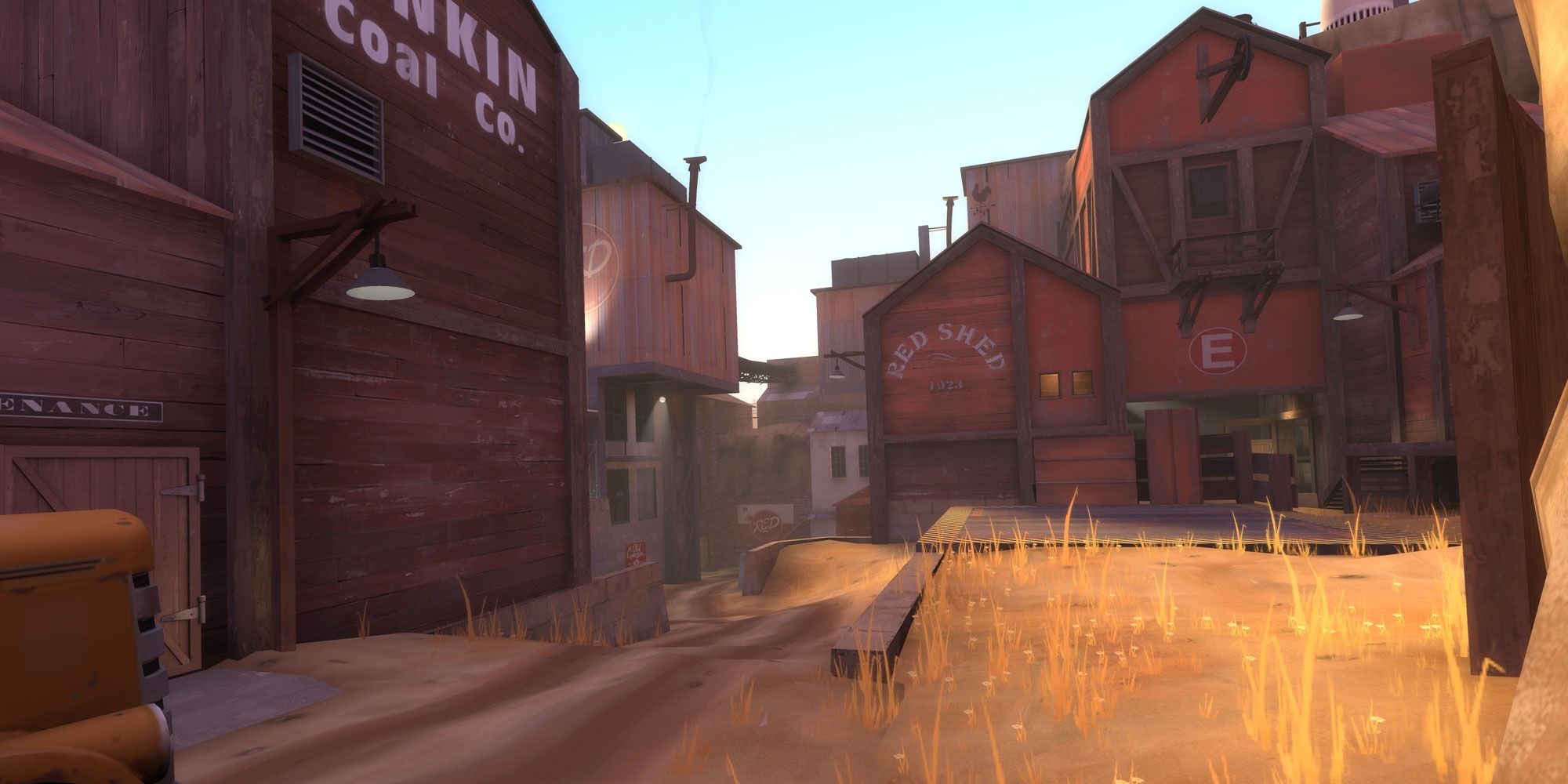 Steel is by far one of the most enjoyable maps in Team Fortress 2. While it may take a lot of getting used to with the complicated layout and awesome details, you'll end up really improving your game if you keep at this map.

Due to its style and design, every round will be a different experience and will call on different strengths in your team. Working together is vital here, and you'll need to constantly be revisiting your technique and strategy if you want to succeed. If you can get past the small passages and occasional spawn camping, you'll be dramatically increasing your skill in Steel. 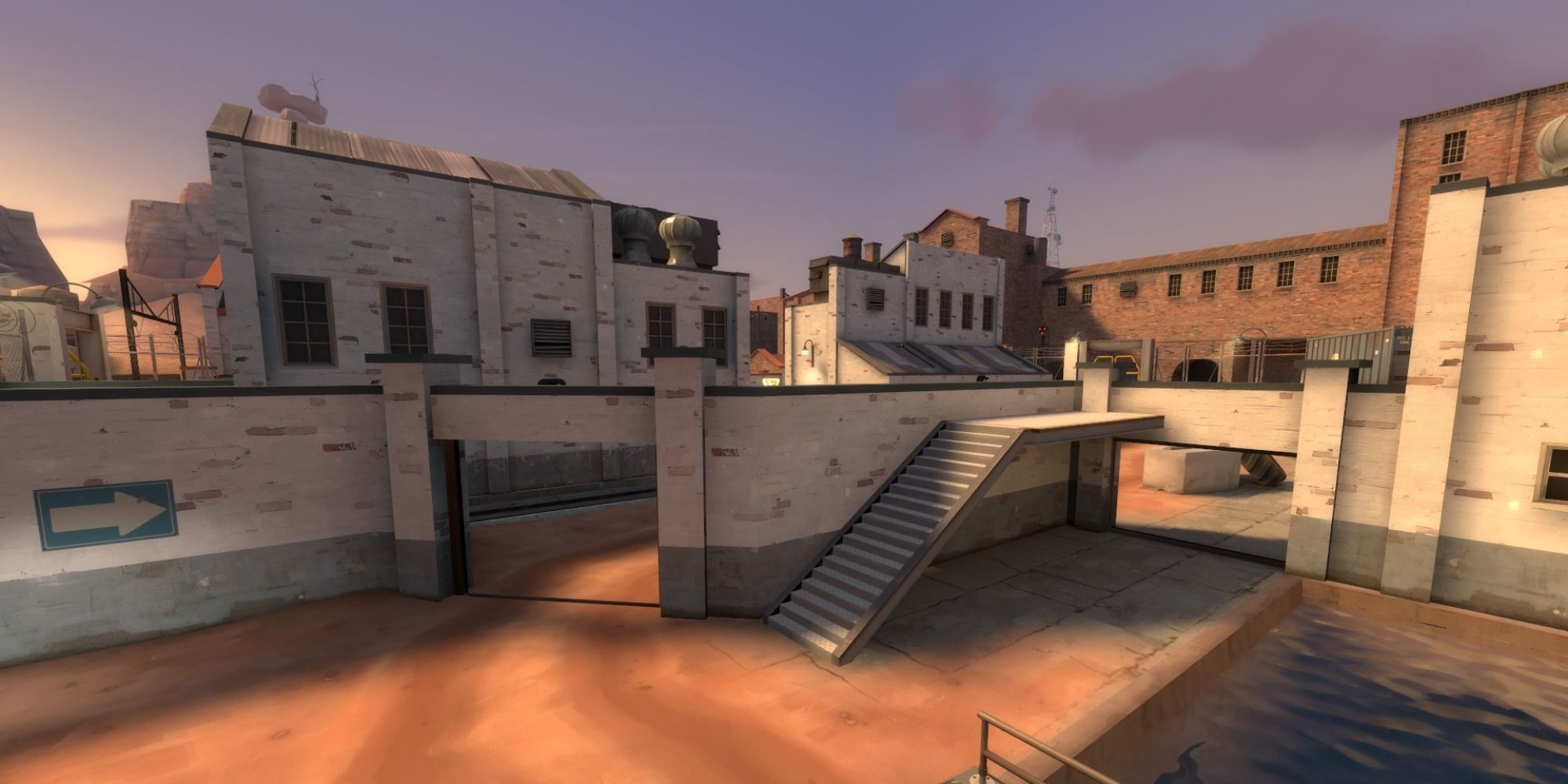 As a community map, it's entirely likely to expect Freight to be broken or too focused on a certain type of combat. Luckily, it's the complete opposite and looks just as good as it plays. Ultimately focusing on the gameplay and design equally, making a wonderful gaming experience every time you play.

If you like Well then this will be a wonderful map to try since they play relatively similar and Freight has clearly taken a lot of inspiration it, especially when you look at the underwater elements of the map. The underwater, inside buildings, and outside combat are all the aspects that make Freight an absolute joy to play. 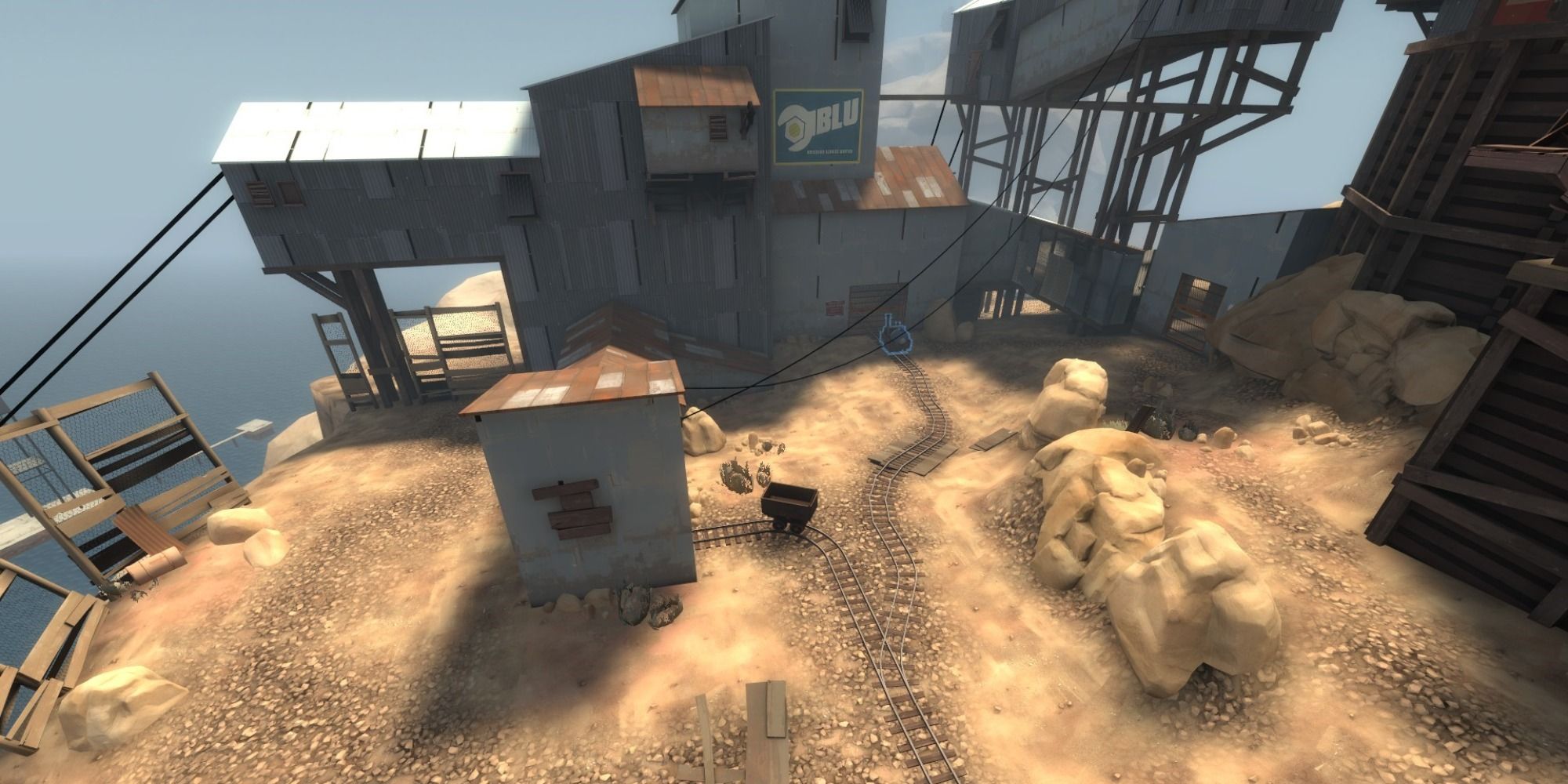 This almost mountainous mining map is an incredibly enjoyable map to experience, even if you're not fighting anything, just due to the fact that it looks wonderful. However, if you are going to fight on this map then get ready to test your skills as it requires an incredible amount of technique and strategy to succeed.

If you want to try out Upward then it's vital there is a good team behind every single person since this is one of the most challenging maps in Team Fortress 2. The multiple levels on the map, as well as being able to go inside the buildings allows for you to be in danger practically anywhere you go. Call-outs are vital. 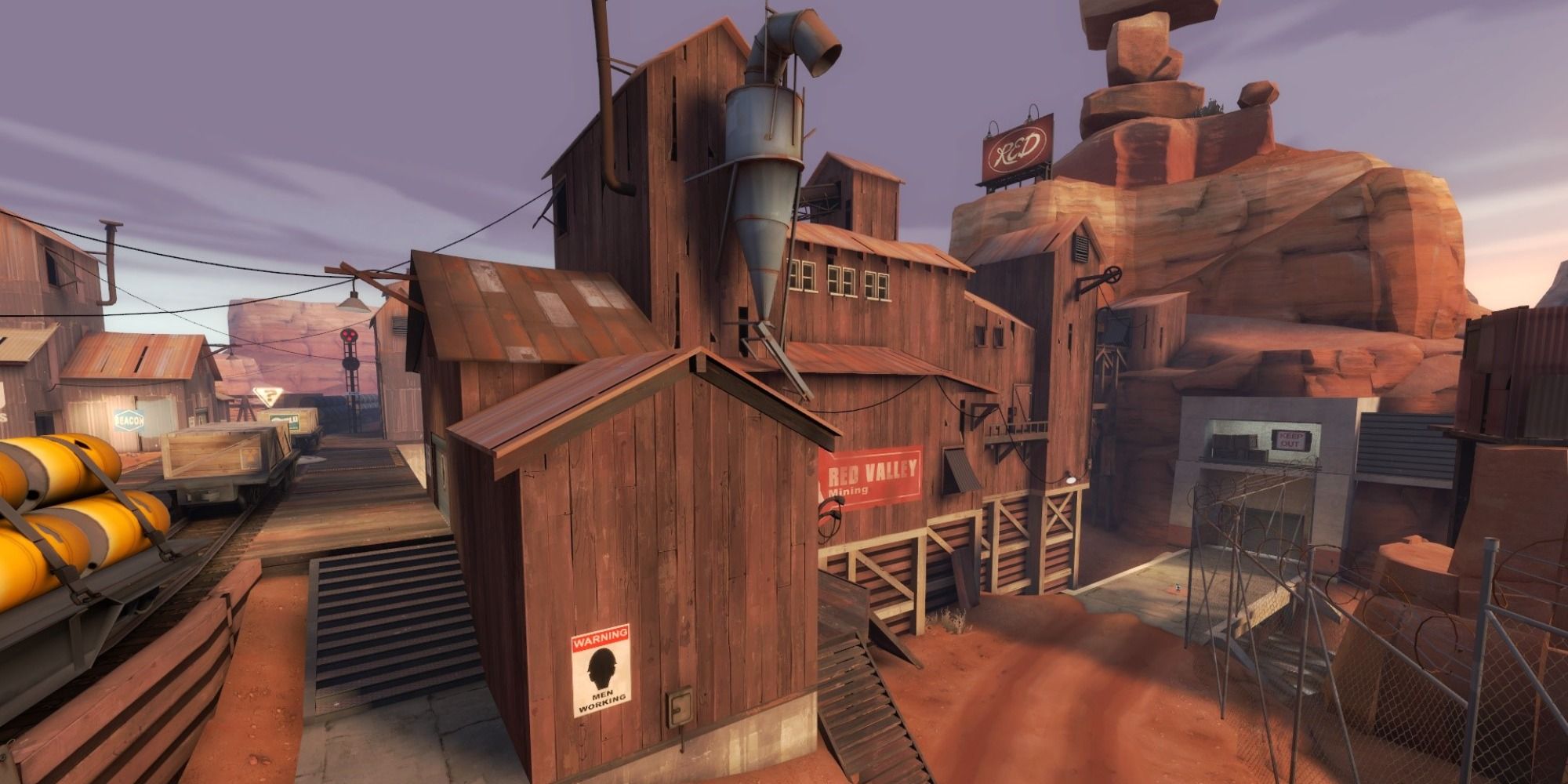 With the option to play king of the hill or control point in Badlands, anyone can enjoy this map without playing the same game mode over and over again. Although, once you've played one game of Badlands it's likely no one will mind playing it again due to the fact that it's one of the strongest in Team Fortress 2.

It has a design that's second to none and brings in spawn points that won't end up forcing you to rage-quit due to camping. Essentially, there's so much to explore, so many useful rooms, and it's just a beautiful joy to experience. Badlands is a must-try. 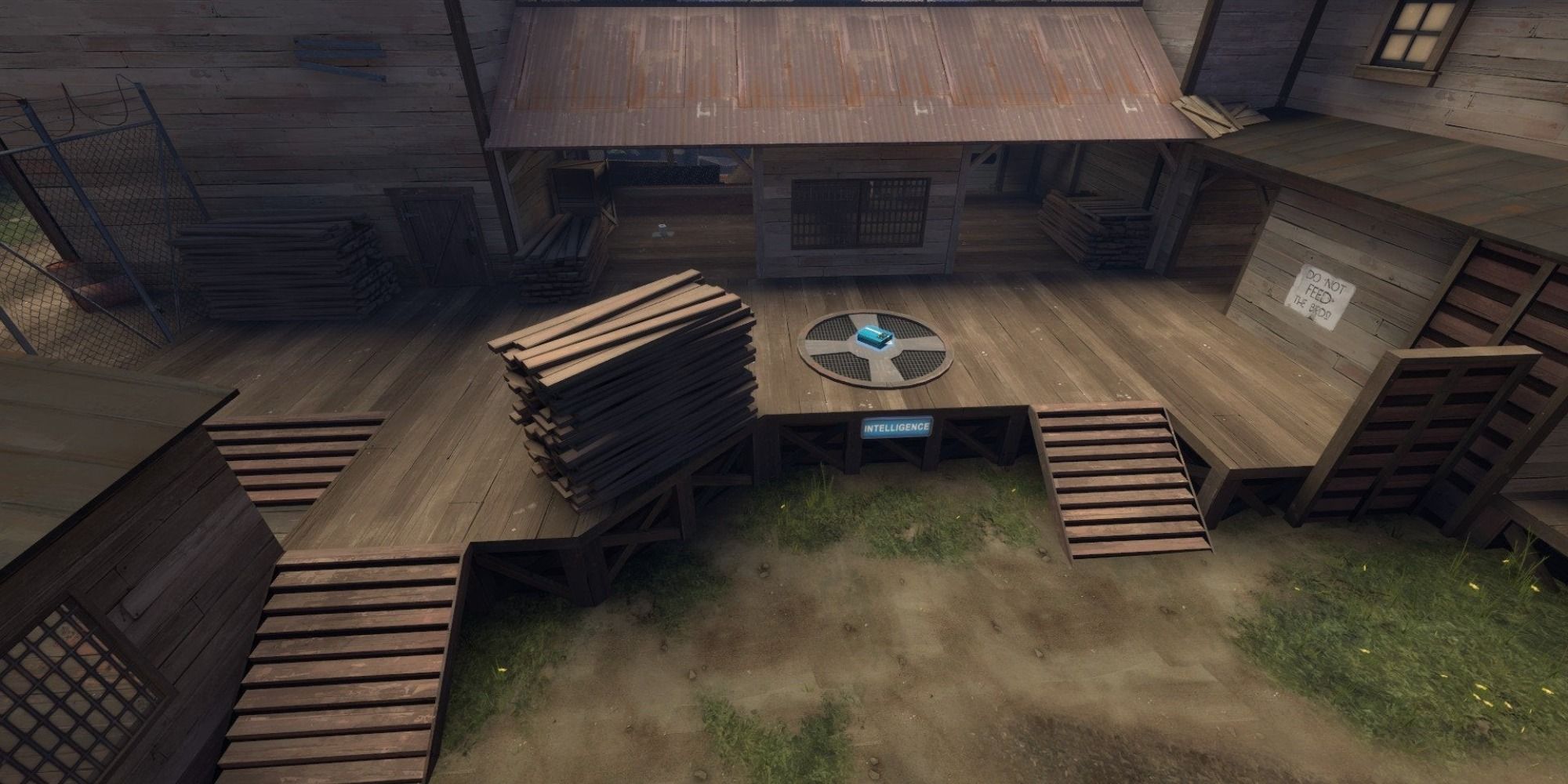 If capture the flag is the game of choice then Landfall should be the map of choice. It's easily one of the best maps for this game mode and brings in such an exciting match that the whole team will want to play again. Especially if you or your team thrive in a fast-paced battle environment.

With multi-leveled experience, Landfall brings the lumberjack style into a new light. It's a relatively open map with surprisingly equal and fair gameplay from both sides, usually. Even with the raised platforms and walkways across the trees, snipers will not be overpowered here, allowing anyone to thrive and hopefully succeed. 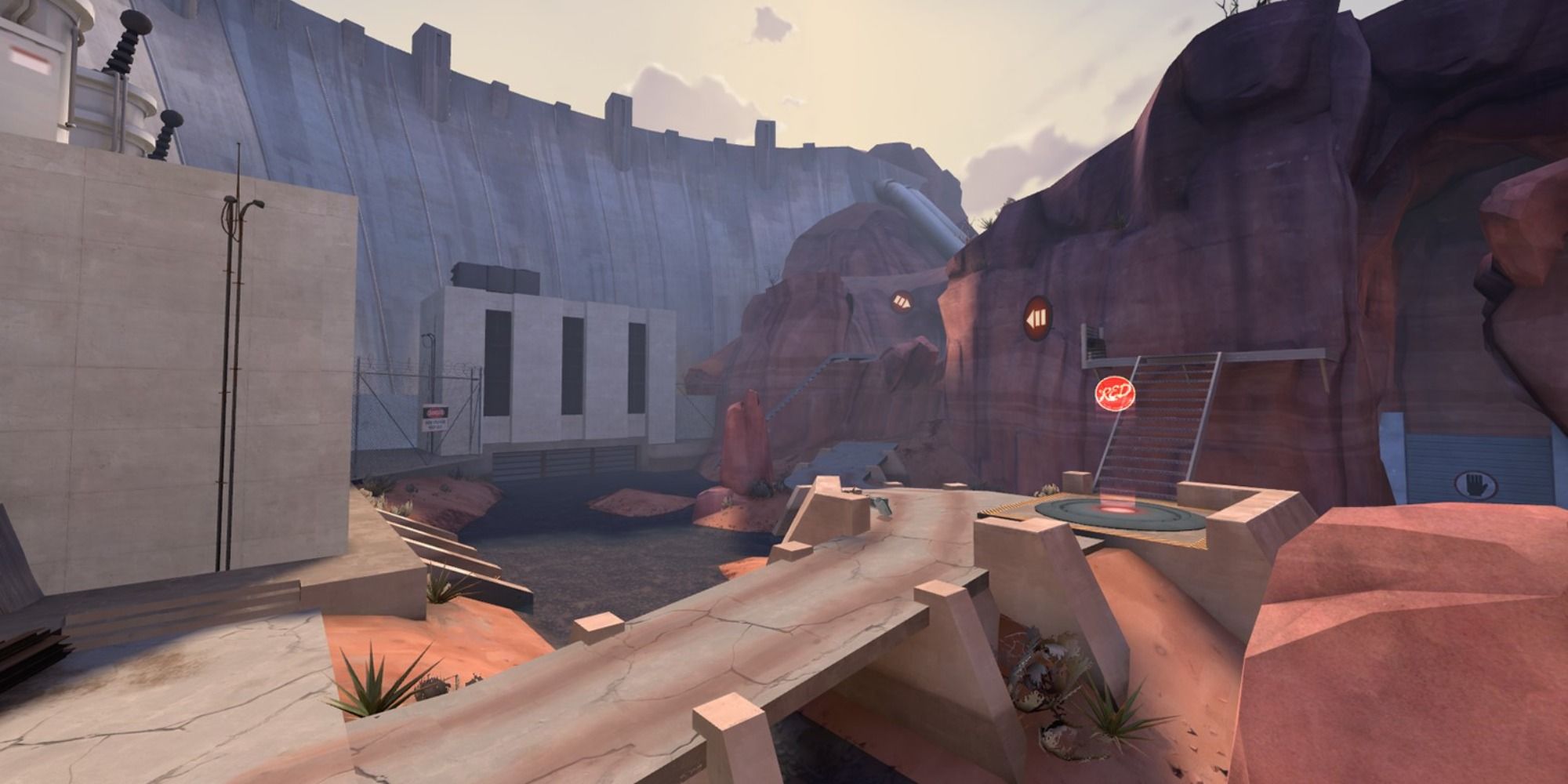 Hydro is best known for being a fast-paced and chaotic experience. That doesn't mean it's not enjoyable since it plays well and is guaranteed to be fun. Unfortunately though, the guarantee also comes with a lot of guaranteed deaths due to the close proximity you'll be in with the enemy.

While it may have been a relatively unloved map for many years, Hydro seems to have trecntly undergone a large increase in popularity. Rightly so really since it's one of those maps where you can't really care much about the outcome. All this combined with the wonderful aesthetics makes for a game where you'll likely never stop laughing. 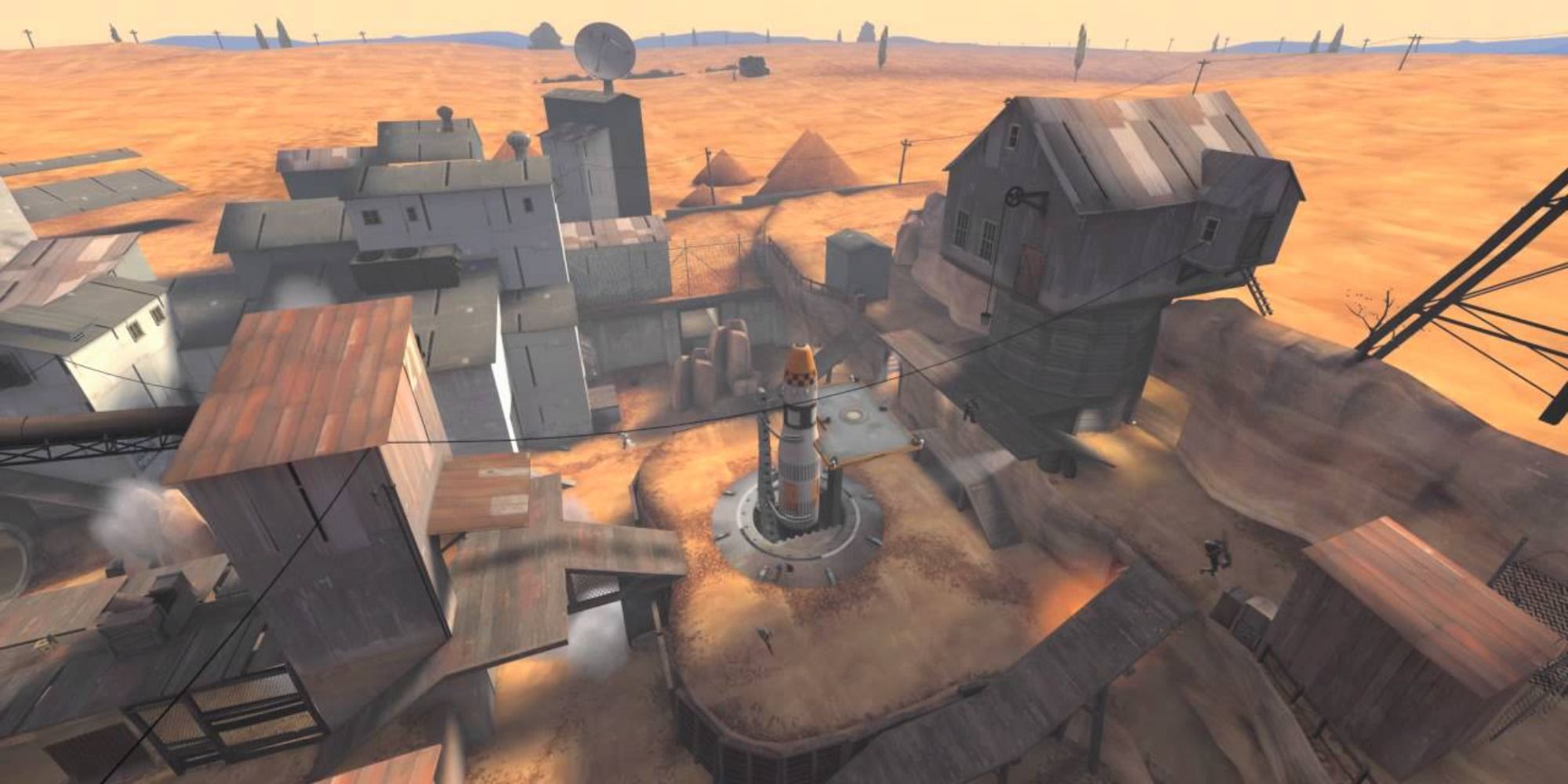 It's rare that simple maps have anything more to them than a good aesthetic or a certain type of gameplay. However, Doomsday is completely different, which is what makes it so popular and wonderful to play.

It's filled with exciting secrets and is probably the most lore-filled map in Team Fortress 2. If you're not shooting anyone or trying to complete the objective, take a look around and experience some of the interesting stories behind this great game.