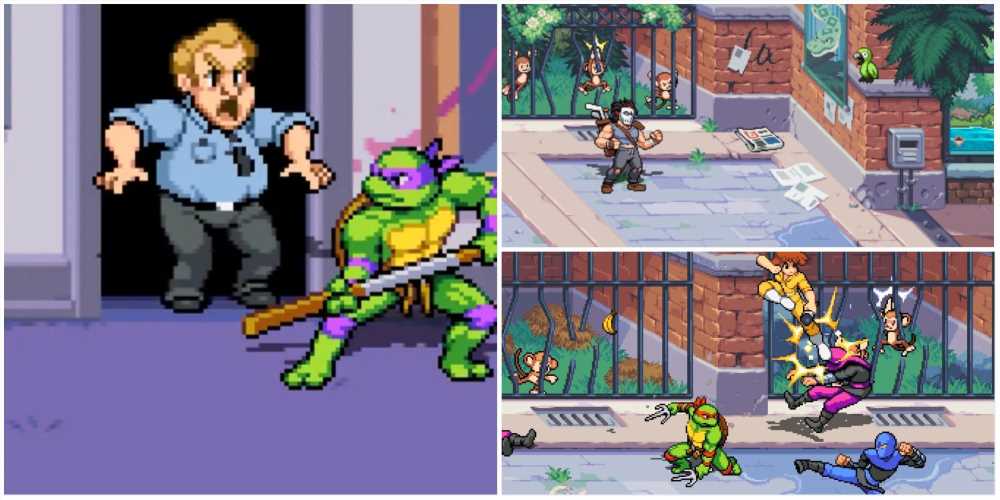 The brodacious turtles are back at the grind once more in Teenage Mutant Ninja Turtles: Shredder's Revenge, having them return to their classic arcade roots in an exhilarating beat-'em-up that has many callbacks for fans of the older titles. While, for the most part, Shredder's Revenge is a direct experience, there are many sidequests to help keep you sticking around the New Your City streets as your favorite vigilantes.

One of these sidequests is having to find three Classic Headlines, which are hidden amongst the game's sixteen episodes, making them quite tricky to spot as you're getting overwhelmed by Foot Ninjas and other enemies. Luckily, the location of the Classic Headlines is the same for everyone, allowing you to pinpoint precisely where they are to knock them out easily! 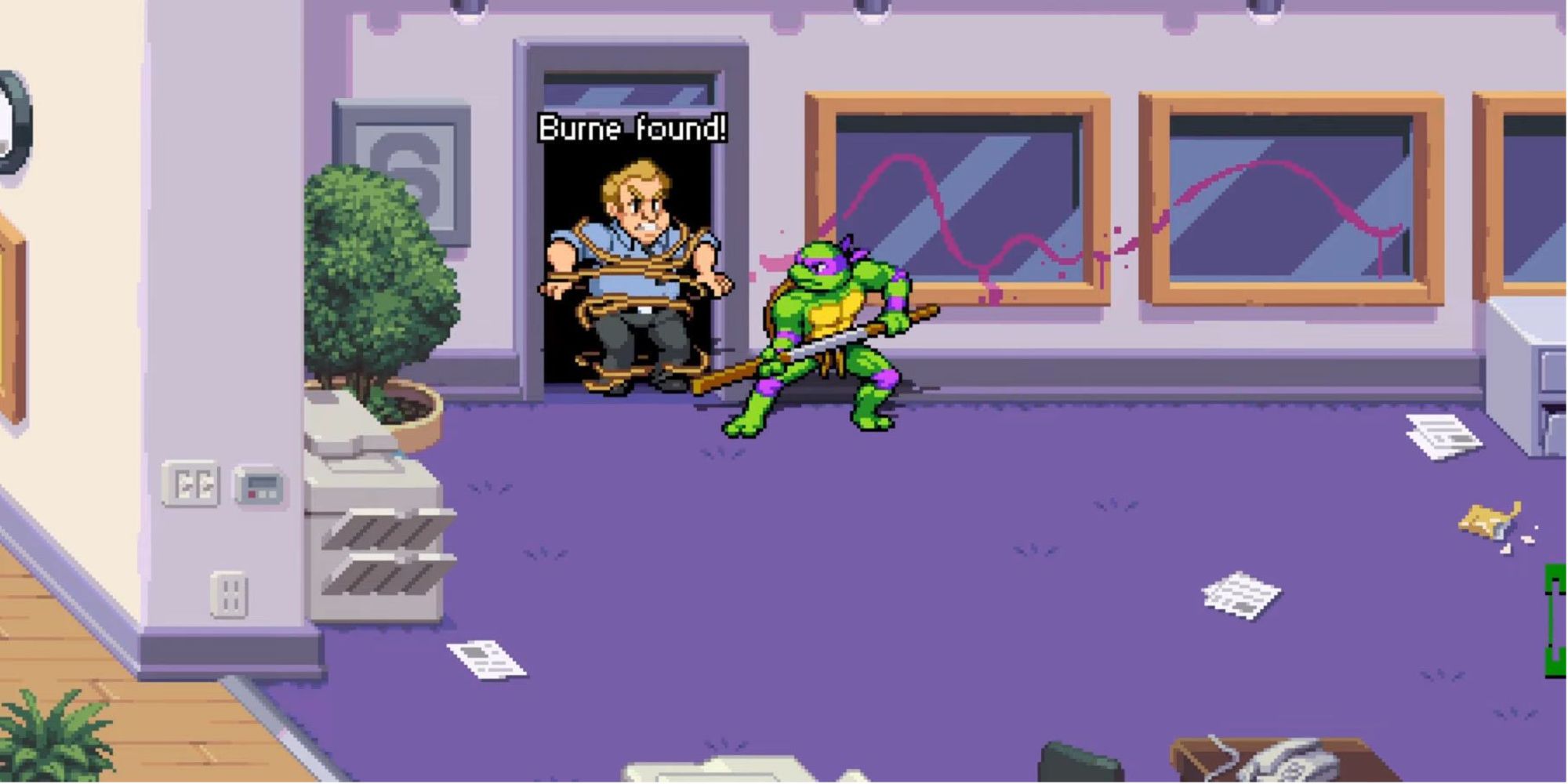 Before you can find the Classic Headlines, you will first need to locate and speak with Burne Thompson to receive his Special Request ordering you to seek them out. Luckily for you, Thomspon is one of the first NPCs in the game you can find and amongst the easiest to get reach.

Burne Thompson can be found in the game's first episode, "Jaw-Breaking News!" To find Burne, keep an eye out for a room with purple carpeting, three windows in the back that have been graffitied over, and a large "6" to the left of a door. Additionally, the door will be getting hit from the other side, causing a banging noise to be heard while also having the door pulse with each strike.

Head to the front of the door and take a swing at it with your melee weapon to open it and free Burne Thompson. Once released, you can find Burne's Office as a location in the game's overworld, and visiting him will give you the Special Request to locate the three Classic Headlines mentioned earlier. 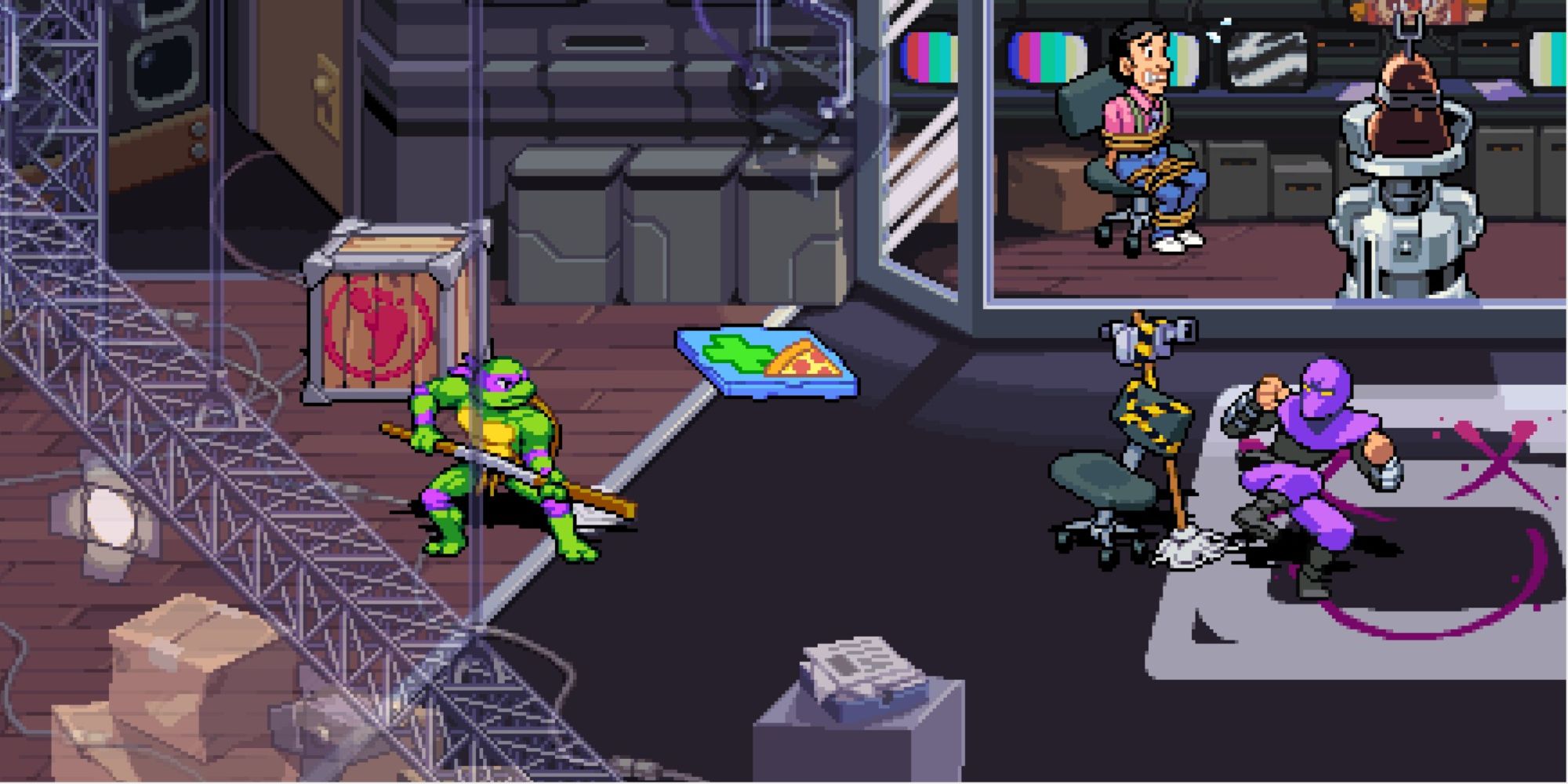 You can find the first Classic Headline in the same episode you rescued Burne Thompson, Episode One: Jaw-Breaking News! This Headline will be near the end of the level inside a wooden crate with a red Foot Clan logo painted on the front, just before the episode's boss encounter. You will know you're in the correct room when you see several monitors and an NPC bound by rope behind a glass panel. 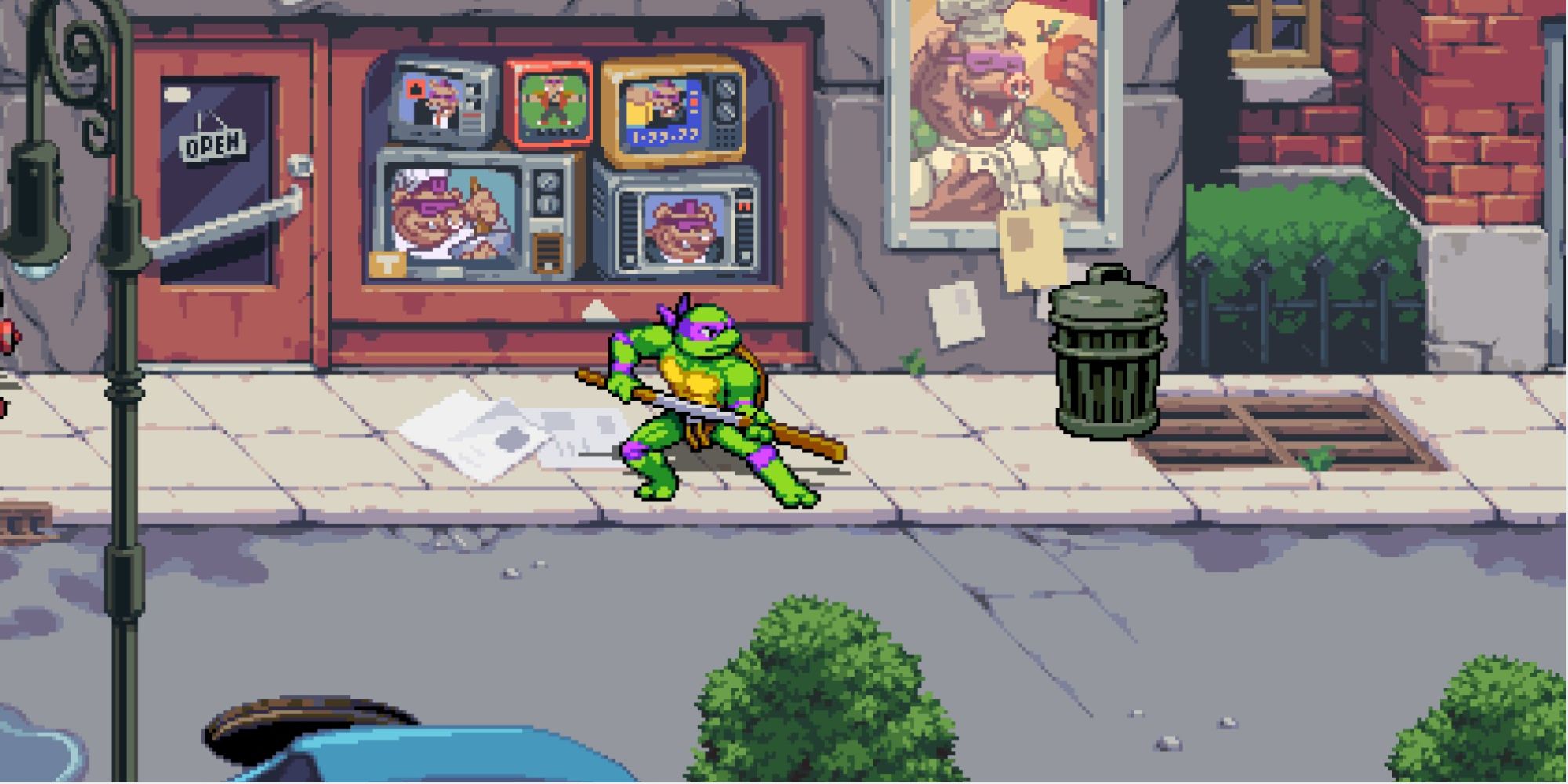 Classic Headline 2 can be obtained in the game's second episode, "Big Apple, 3 pm." To snag this Headline, work your way through the overrun streets of New York City until you come across a store named "TV Zone," which will have Bepop propaganda playing on every screen behind the window. To the right of the TV displays will be a framed Bepop poster with a trash can in front of it. Destroy the trash can to reveal the second Classic Headline! 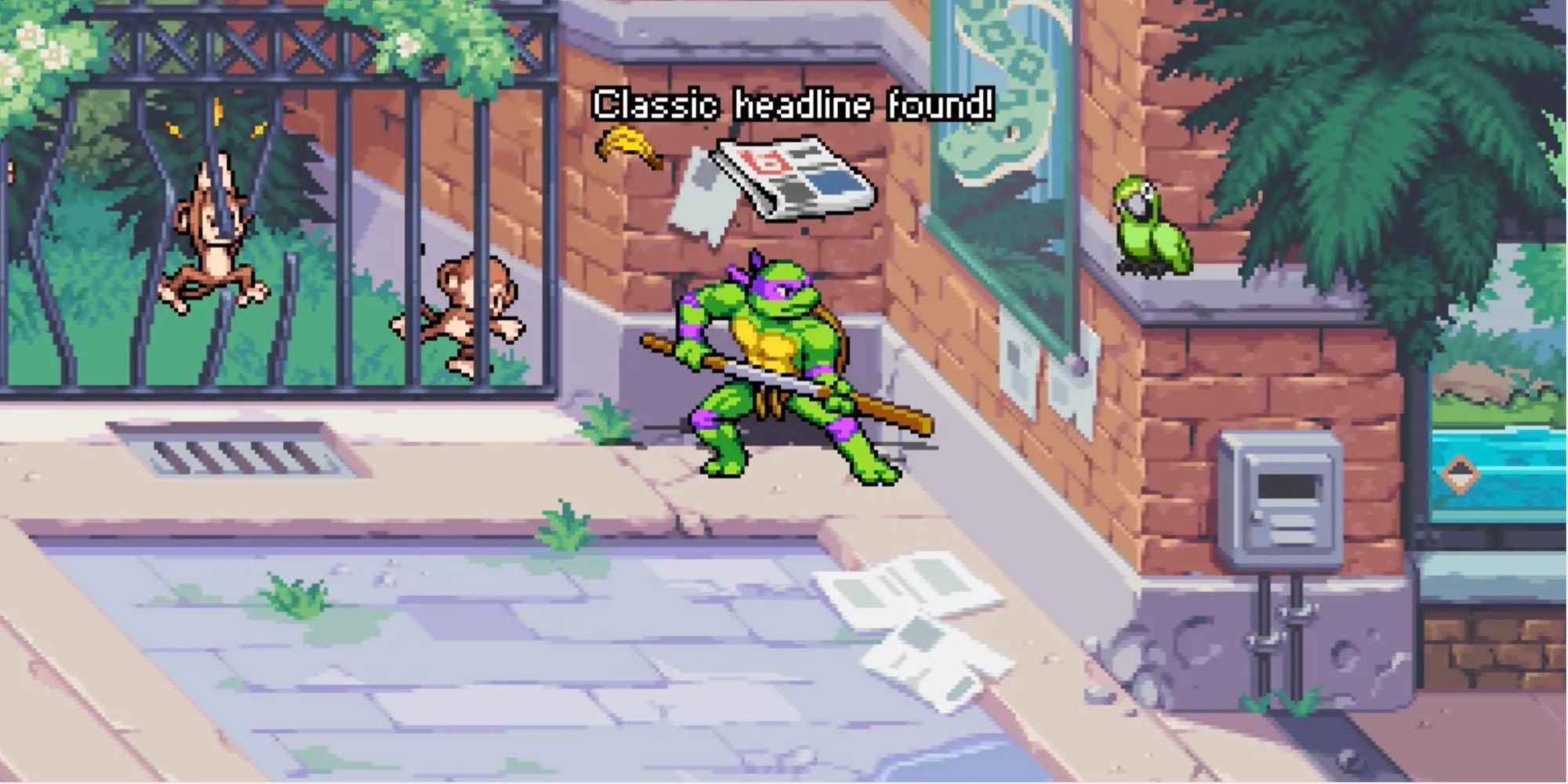 The third and final Classic Headline is located in the game's fourth episode, "Rumble in the Zoo." Continue through the episode as you normally would until you reach the section with monkeys in the background who hurl bananas at you, plotting to make you slip. Head towards the end of the corridor to find a magazine stand just to the right of the monkey cage in the corner of the wall, just before reaching the alligator section. Break the magazine stand to snag yourself the third Classic Headline! 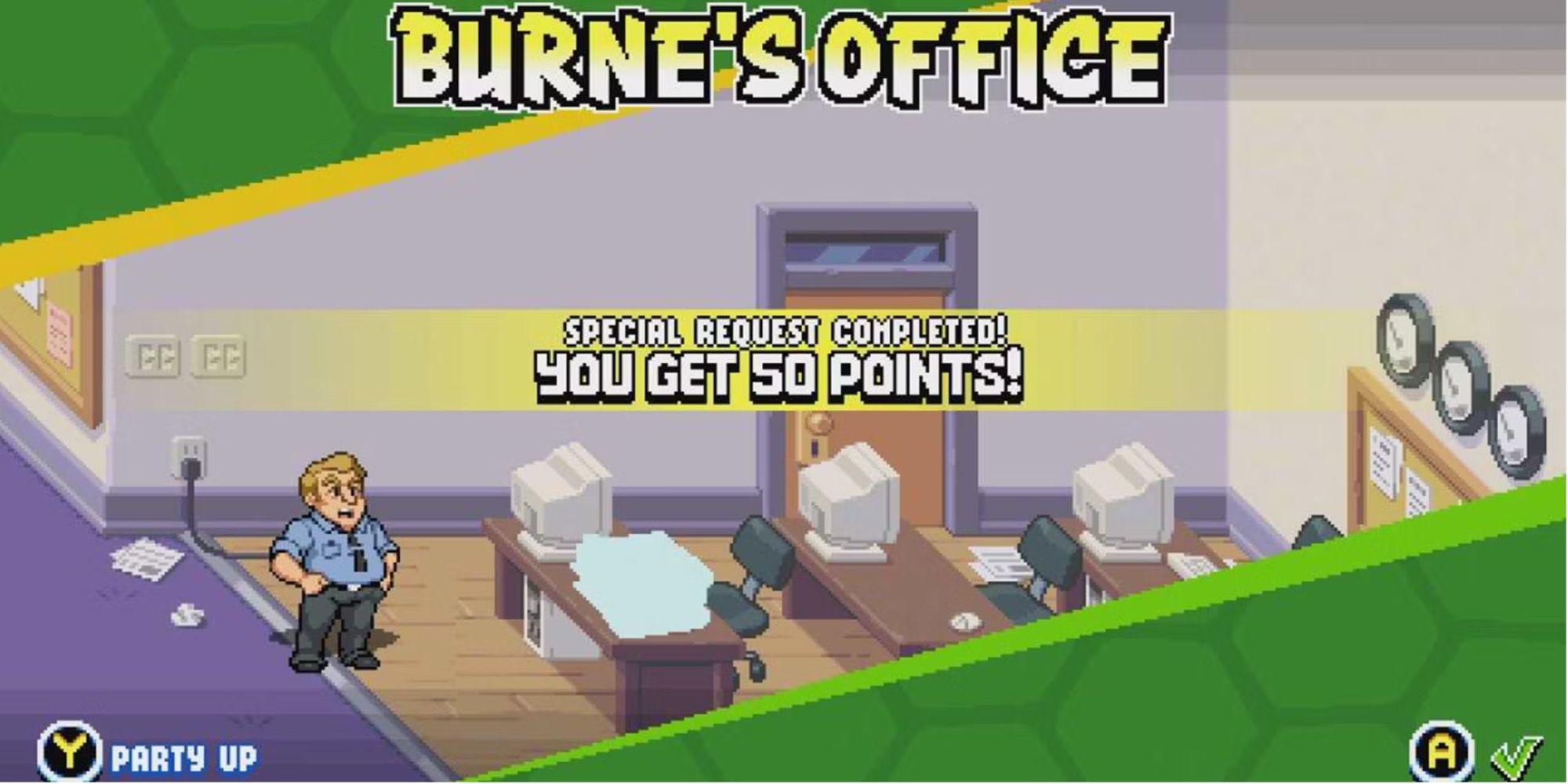 With all three Classic Headlines in your possession, return to Burne's Office to complete his Special Request and earn 50 Points for your currently selected character. So, before you complete the quest, we suggest switching to a character you have yet to reach max level with, as you won't be rewarded for finding all three Headlines otherwise!