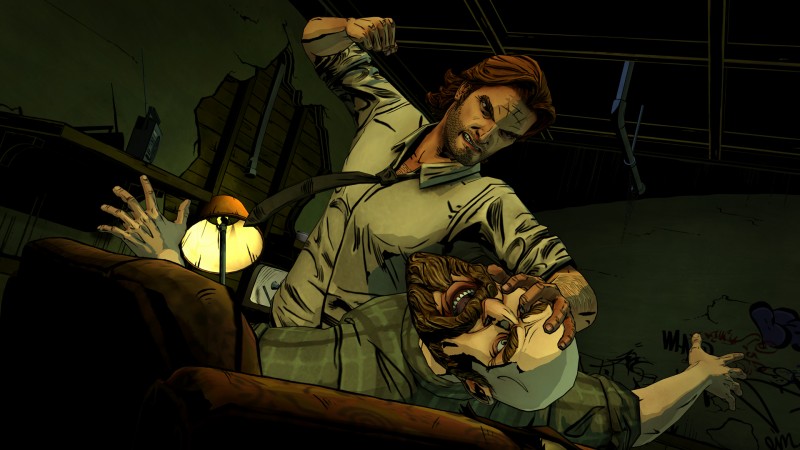 According to Telltale co-founder and former CEO Kevin Bruner, who left the company in 2017, working at Telltale was a “trial by fire” because of how quick production cycles were.

While Telltale’s episodic nature set it apart, especially early on, its serialized nature led to game launches in rapid succession. At Telltale, the breakneck speed of the workflow kept crunch rampant through the studio.

It was commonplace for modifications to be put into a game even just a week before it shipped, and many worked 80-hour work weeks, we were told by ex-Telltale narrative designer Emily Grace Buck. When we asked Bruner about crunch at the studio, he didn’t deny it, but instead defended it and said that to keep the studio afloat, it was necessary.

“For other studios, it happens all the time in games where, ‘Our release date is this fall’ and then the studio will announce that fall, ‘Oh you know what, the game wasn’t ready, we pushed it out until next spring.’ And that really wasn’t something that Telltale could do,” Bruner says. “We didn’t have the budgets to delay production that long; we didn’t have the cushion.”

It was “really hard to manage” crunch, Bruner says, because of how passionate employees were about building content for the games, but it was getting to the point where it was spinning out of control. To Bruner, though, he believes that the success of the studio and its employees outweighs the problematic crunch.

“I’m not saying it was easy, but the fact that so many people made really compelling, really great, highly regarded content to me makes it seem like Telltale was a nurturing place,” Bruner says.

“It was trial by fire, but there were definitely opportunities to succeed there and many, many people did,” he continues. “I take a lot of pride in that but it cuts both ways. Succeeding there was hard.”

Keep an eye out for our full interview with Bruner, which is being published later today.