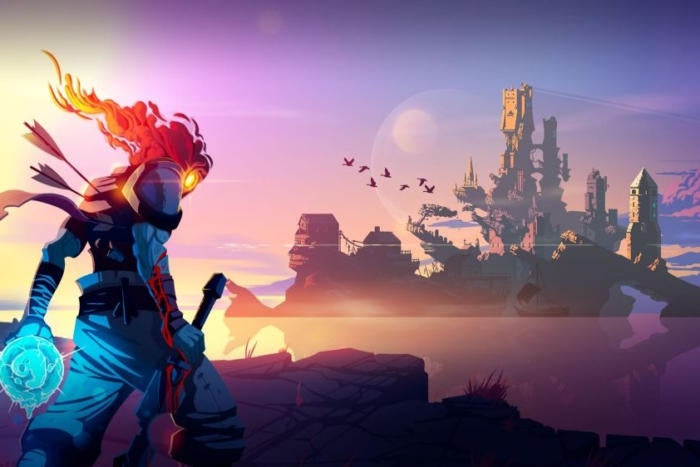 My goodness, what a fantastic month for games! And just in time for Labor Day weekend, too! It’s an especially good month for ports of indie games, as August brought us Dead Cells, Rogue Legacy, Journey, and Telling Lies—and the latter even dropped at the same time as its counterparts for desktops and consoles. (For a bonus, I’d check out the lovely Gris—although I’ve heard the controls leave much to be desired.) With releases like this, the iPhone is starting to look more like a regular game console, which I like to think hints at great things for the upcoming launch of Apple Arcade.

We’ve also got a good iOS-focused game for you in the form of Witcheye, which presents a new touchscreen-centered twist on the familiar 2D platformer genre. If you don’t find something you like here, be sure to check out our list of the best games from July! 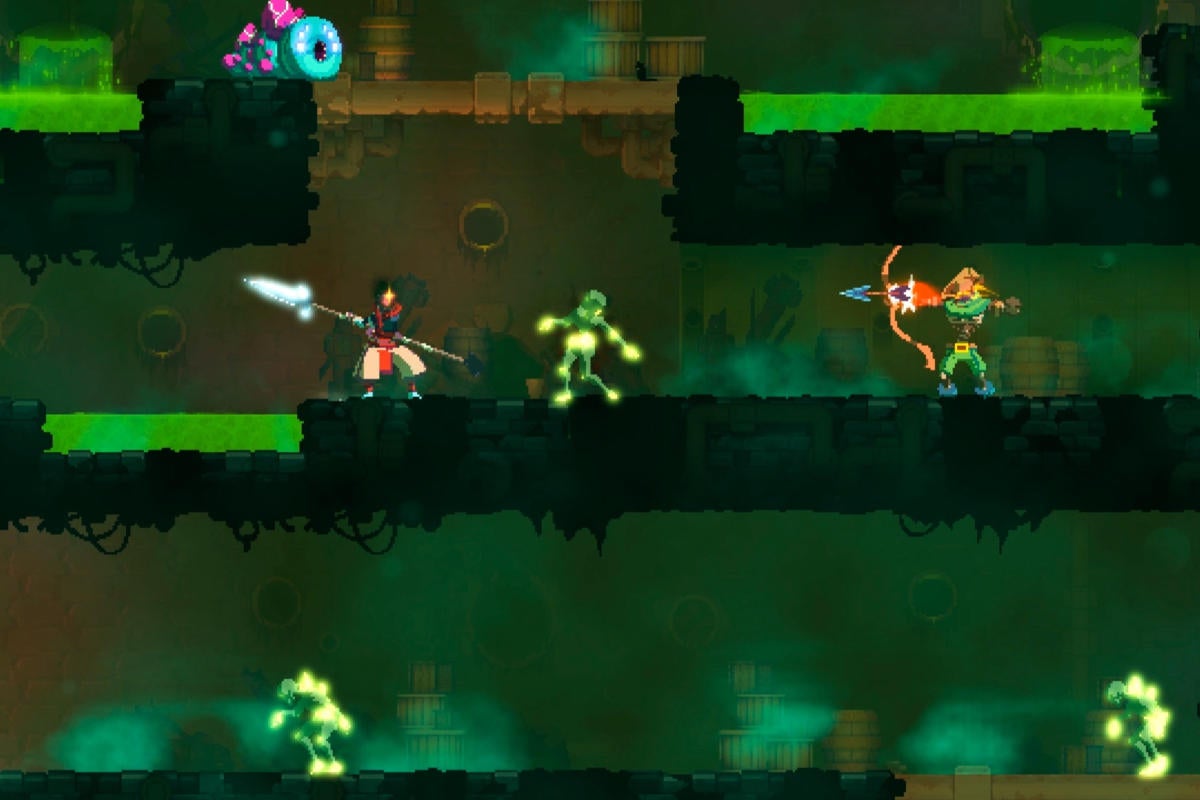 The title Dead CellsEdit non-product linkRemove non-product link refers to the hero of Motion Twin’s game, who’s basically a bundle of sentient cells that slithers into the bodies of decapitated prisoners in their…cells. Wordplay is fun, y’all! And so is Dead Cells, which, like Castlevania, is a 2D game that relies on exploring and backtracking through various levels, with the key difference being that these levels randomly generate each time you go through.

And you’ll be going through it a lot. Dead Cells is a hard game, not least because it features a permadeath mechanic that makes you start from the beginning every time you die. Fortunately, you can keep the boosts you acquire and unlock better weapons—and so with every attempt, Dead Cells gets a tad easier. It’s a good thing it supports controllers, though, as I found the touchscreen controls a little too fiddly for my liking. 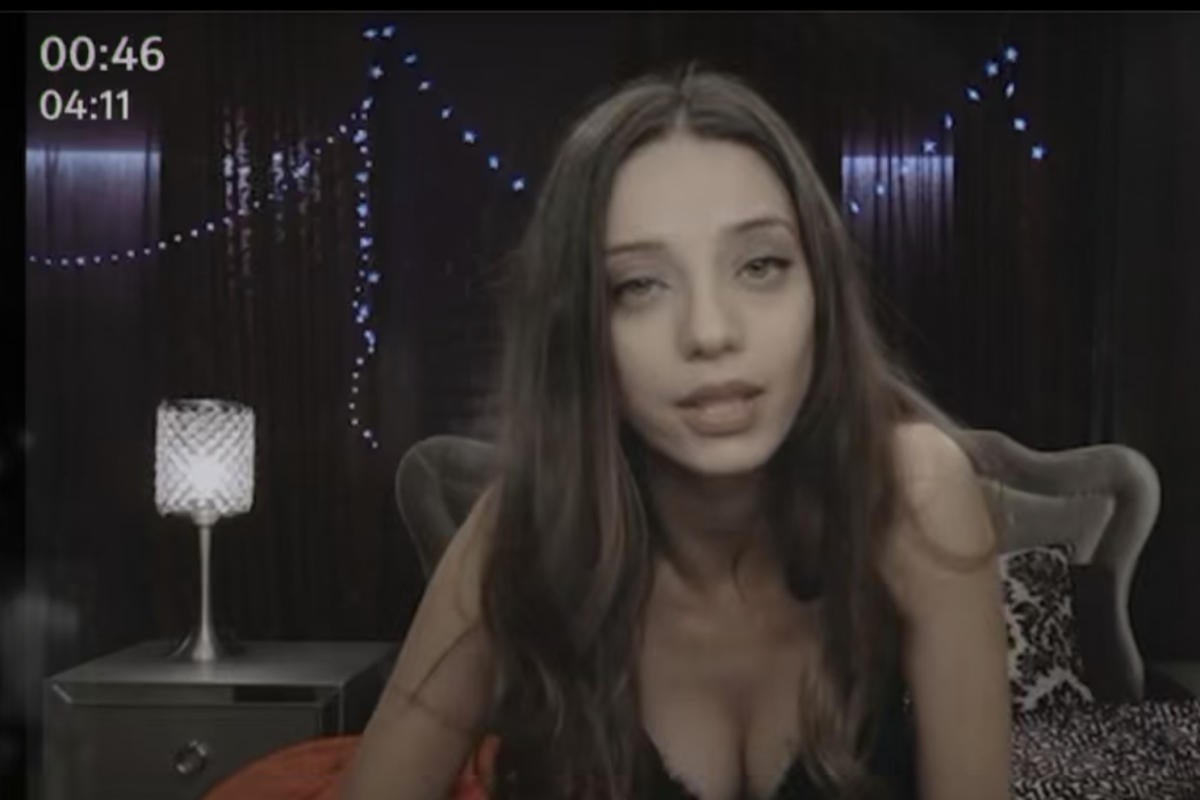 Telling Lies is the kind of game that’ll make you want to stick a spot of electrical tape over your MacBook’s camera. You play as an NSA agent, and you’re tasked with piecing together the story behind a traumatic event by watching and listening to secretly recorded one-sided video chats from a large cast of characters. Your job is to pull the most important clues from what you hear, so you’ll need to pay attention to relevant references in this chatter. This isn’t always easy, though, as you’ll quickly realize some of these chumps are shameless liars.

Much like developer Sam Barlow’s earlier Her Story, Telling Lies’ story unfolds almost entirely through videos, although playthroughs can change dramatically because you’ll have to choose which files to sift through. And here’s something that’s not a lie: The acting is phenomenal, and it’s one of the best detective games on the App Store. 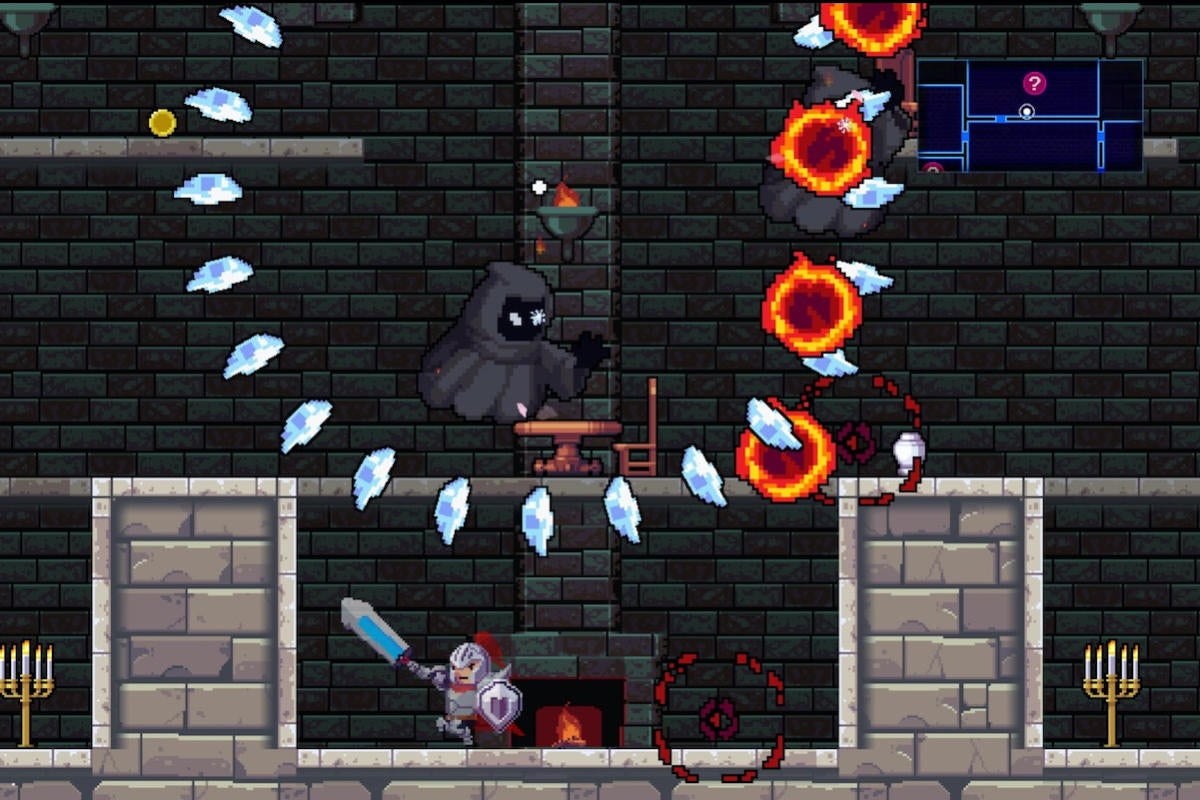 Rogue Legacy is technically the tale of one seriously messed-up family. In this “roguelite” that first appeared in 2013, you’re a knight who drops down into a 2D randomly generated dungeon and then hacks and slashes his or her way through a series of bosses. If this knight dies, you can pick one of their descendants to carry on the fight. As a twist, they’ll usually have some kind of genetic quirk that gives them advantages or disadvantages. Progeny with ADHD, for instance, will move faster; while the game will switch to black and white for colorblind descendants.

Fortunately, all your gear carries over to the next life as well, and you can unlock new combat classes after upgrading your manor with the gold you pick up during your adventures. It’s also not a mere rehash of previous releases, as the iOS version comes with traits and bosses you won’t find on other releases. 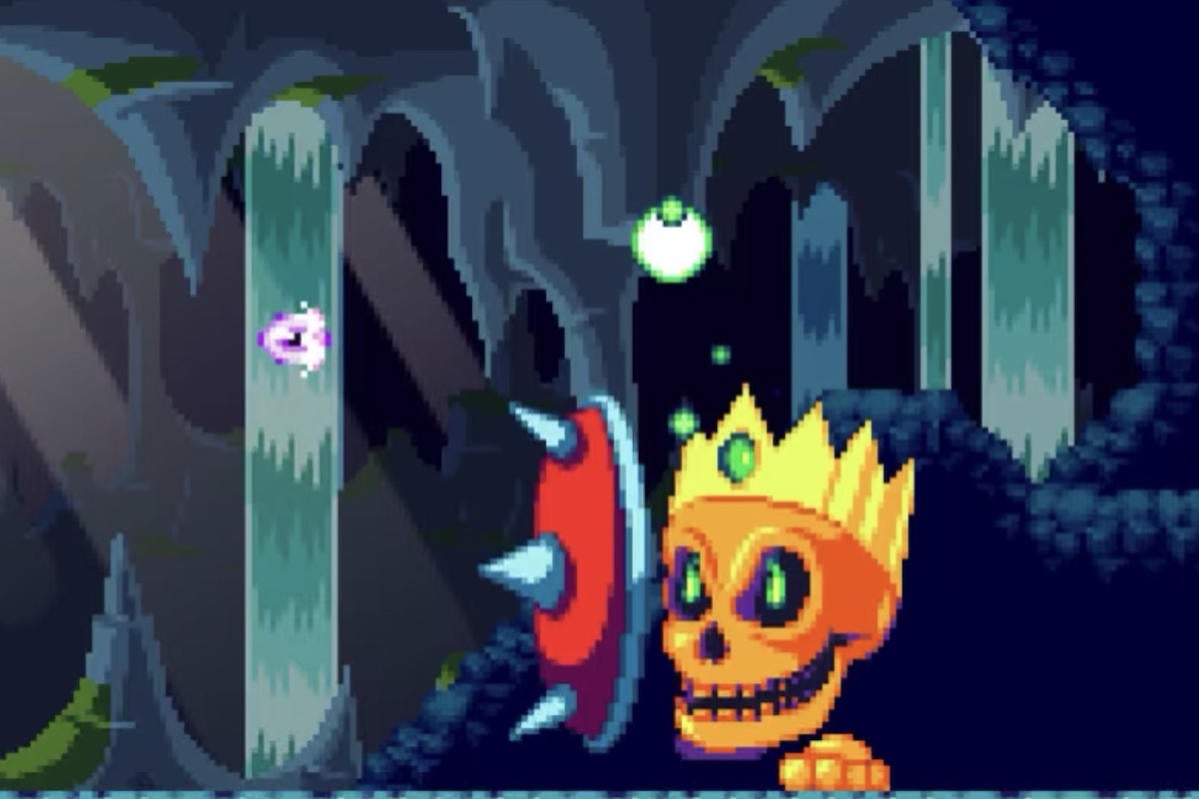 It’s not difficult to find 2D platformers on the App Store, but so many of them have a hard time translating controller-oriented combat and movement controls to touchscreens. (This month, we see a bit of that in Dead Cells.) That’s one of the reasons why I adore Witcheye, which embraces the touchscreen entirely.

Here, you’re a witch who transforms into an eyeball in order to chase down a knight who stole a few witchy ingredients and trinkets from her home. It’s a very tough eyeball, too, as it’s able to break through walls and crush enemies by bumping into them. You control this eyeball, though, by swiping on the screen to sending it flying in a particular direction or tapping the display to get it to stop. The result is one of the few games of this sort that didn’t leave me craving my controller. Toss in the fantastic pixel art, the catchy soundtrack, and the roughly 100 levels, and you’ll understand why you should set your eyes on this one. 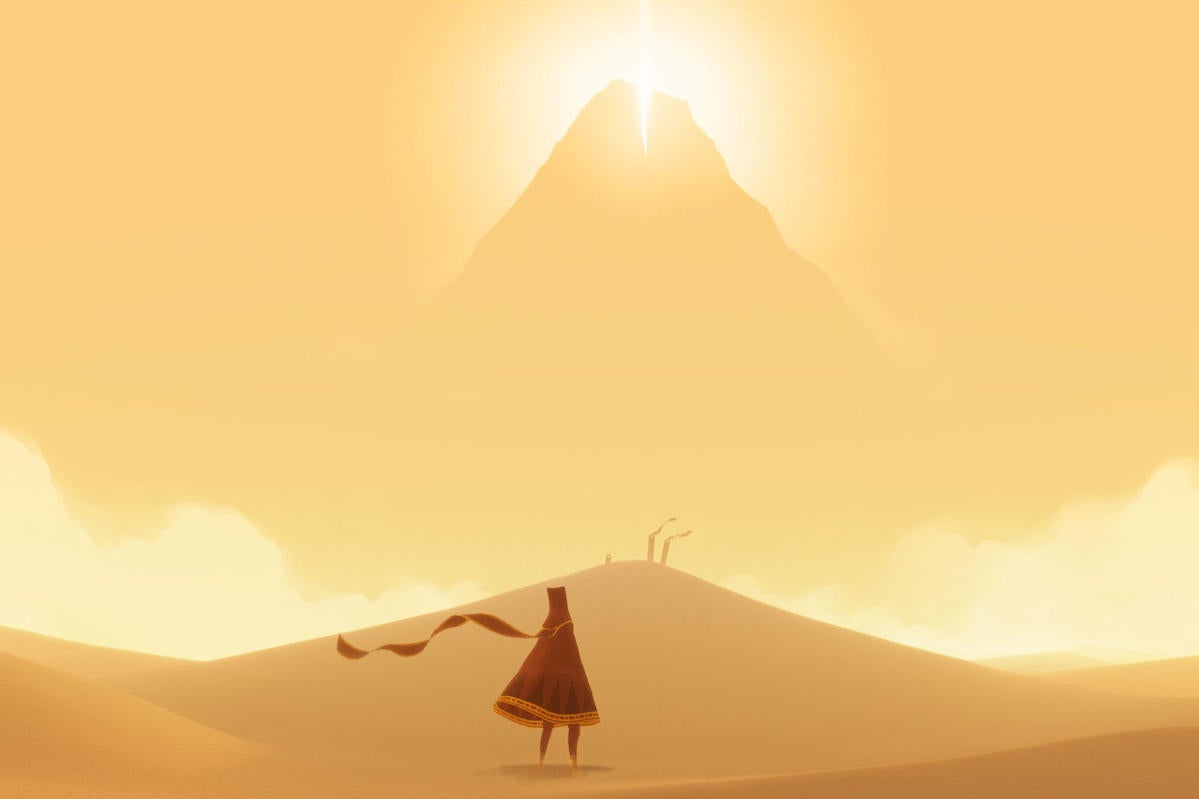 I’m fond of saying Thatgamecompany’s Journey is my favorite game ever, and I’m pleased to find that it holds up well on the iPhone, too—although the graphics sometimes look less than optimal if you’re playing it on an iPad.

You’ll only need a couple of hours to complete your journey to the end credits, but its experience would suffer if it were longer. Like the best poems, it delivers maximum emotional impact within a short span. Few other games come closer to capturing the intensity of an impassioned religious experience, as it’s centered on a robed pilgrim making his or her way up a mountain. Along the way, you’ll have the option of teaming up with unnamed other players, and the absence of spoken or written communication means your actions end up leaving the biggest impressions. It’s beautiful—thanks both to its design and Austin Wintory’s Grammy-nominated soundtrack—and you might find yourself in tears by the end.