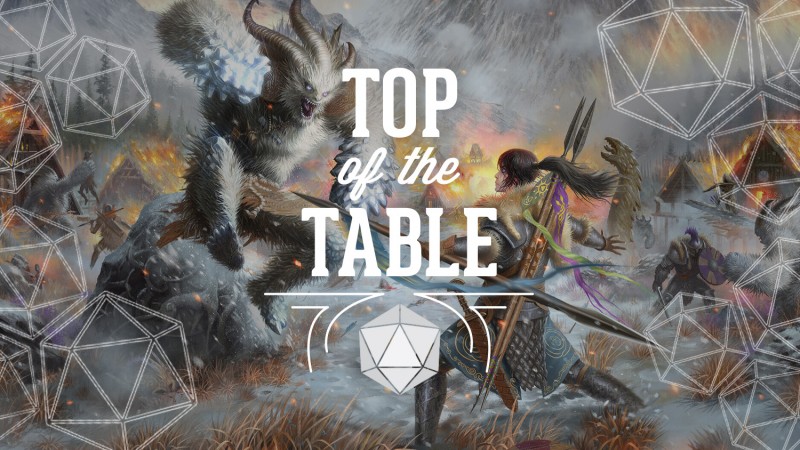 Each year, we pull together picks for the best in the tabletop gaming scene, so we can share some of the coolest projects you might bring home to your table. 2022 brought an array of wonderful games, showing the ever-expanding scope and creativity unfolding in the scene. Here are ten of the most enjoyable, including cooperative and competitive experiences, running the gamut in scope from massive sprawling adventures to simple joyous party games and everything in between.

Each game this year turned out to be remarkably different from most of the others on the list, but each captures the fun and excitement of board gaming in a unique way. Check out the complete alphabetized list below, and check back soon for selections of the Best Tabletop Role-Playing Releases of 2022.

Leder has developed a well-deserved reputation for asymmetrical competition and a unique artistic aesthetic that manages a rare feat in gaming – you know this studio’s games instantly, even before you play a session. The team’s newest success story is Ahoy, a swashbuckling pirate-themed adventure that is more manageable and easier to learn than some of the team’s prior efforts.

Players control different factions as the sea gradually opens up to exploration, represented by modular tiles that ensure each play will be different. One player dominates the sea lanes, while another is in a sort-of active rebellion, while yet others might be smugglers taking advantage of the chaos – but everyone is trying to control regions and battle each other until there is only one true lord of the seas.

It’s been more than a decade since Skyrim hit our gaming screens to high acclaim. Today, its proven longevity finds players still enjoying the game regularly. The intensely anticipated tabletop adventure game honors that legacy with a deeply faithful adaptation that captures much of what players loved in the video game.

In this cooperative campaign game, each player is a Blade working to protect the Empire as you range across Skyrim’s familiar landscapes and cities. Side missions, leveling, treasure gathering, tomb-delving, spellcasting – the list goes on and on with ways that the game nods to its original screen version. But the board game incarnation has plenty of creativity and visual flair to call its own. The most enjoyable feature is the many choices players have that reshape the game for you and your fellow players. The quick-playing combat is also great fun, which is all about intelligent skill usage and recognizing enemy vulnerabilities. For Elder Scrolls fans, or fantasy adventure fans more generally, it’s an easy pick for many evenings of snowy adventure.

2017’s Gloomhaven took the board gaming world by storm. Thanks to an innovative card-based combat system, a remarkable sense of place and worldbuilding, and a progression and engagement system that kept players involved over dozens of sessions, the celebrated fantasy adventure rocketed to prominence.

The highly anticipated sequel doesn’t disappoint. While many features remain mostly the same, new options create an even more fertile field for experimentation and emergent storytelling. Much of that is thanks to new developments in between adventures, with more significant choices to develop the settlement of Frosthaven, new crafting and alchemy options, and even seasonal events to explore. That’s on top of 100 unique scenarios, new classes, and a wealth of new items and enemies to discover. Like its predecessor, Frosthaven is so massive, it is almost a hobby in its own right. If you’re looking for that kind of investment for your gaming group, Frosthaven is a sure bet for a fantastic time.

As light party games go, Repos once again hits the mark this year with a breezy and approachable game that can be taught in seconds and pulled out to play with players of any experience level. A question is asked, like “How much do you enjoy making lists?” Everyone writes down a number (often 0-100) quantifying their answer. The answers are noted on dry-erase friendly arrow chips, flipped over so your answer is hidden, and then placed in a line, ideally in ascending order. Everyone scores together for how many arrows ended up in the right order.

It’s a simple premise that offers great “get to know you better” potential, but often in silly and innocuous ways that shouldn’t offend or upset anyone. It’s also a perfect fit for casual play, thanks to its cooperative nature and easy-to-grasp rules.

Heat: Pedal to the Metal
Publisher: Days of Wonder

Hop into your 1960s Formula racing car and find out who can hit the finish line first. Racing games are notoriously challenging to translate into the tabletop medium, but Heat manages the task with aplomb through a creative card hand management mechanic that finds players juggling gear shifting, heat build-up, stress, and managing them all through play as you try to hit each corner at high speed, always with the risk of spinning out.

In addition to some stellar throwback art that recalls the bygone era of racing, Heat’s thoughtfully balanced systems reward imaginative play, including slipstreaming off opponents’ vehicles. The game also includes a basic racing system and optional modules that add complexity and depth, including the complications of weather, a solo mode, and even a championship tour that encompasses multiple races. Excellently designed and great fun to look at on the table, Heat came out of nowhere this year to reach the front of the pack.

The legacy game formula is firmly established in the hobby, where players are presented with an evolving game experience in which new elements are introduced or changed throughout multiple sessions of play. But there are always new twists and approaches to the idea, and Legacy of Isla Nublar finds the fun by cleverly implementing ideas from the long-running Jurassic film franchise.

Players take on a dozen distinct scenarios, and each step of the way you’re changing the shape of the (potentially doomed) island, including introducing new dinosaur species. Players are constantly managing disasters, from weather events to creature escapes. Luck plays a factor to a greater degree than in many thematic games, but if you’re okay with that sense of randomness, dinosaur enthusiasts will likely find a lot to love here.

You are a mad scientist. More specifically, you are part of a long line of mad scientists, all of whom have been building experiments and conducting dubious research from your mysterious home, all while the nearby villagers grow increasingly (and justifiably) suspicious of your actions.

Aided by an app that adds many hours of spoken storytelling, My Father’s Work challenges players to go through three full generations of the same family. You pick up where your ancestor left off as well as you can, all while avoiding angry mobs and a high likelihood of insanity. Mechanically, the game is a relatively straightforward worker placement game, but the enormous amount of storytelling and variation between scenarios adds replayability and excitement. Expect a long playthrough thanks to the many injections of app-driven fiction that accompanies it. Still, the unique theme and rewarding sense of growth over generations of a family make My Father’s Work a delightful excursion to the dark side for narrative-minded players.

The wonderfully whimsical Everdell has been an easy recommendation to experienced gaming groups since it released in 2018. Even so, it could be a bit intimidating and complex for younger gamers, or those with less experience at the table.

My Lil’ Everdell solves for that in all the ways that matter. It holds on to the tableau-building and worker placement dynamics that are so good in its larger cousin but keeps the surrounding rules, game length, and overall mechanical weight down, so it can be played and enjoyed by a wider audience. The charming woodland animals building their community remain a focus, and the colorful animal art is adorable and gorgeous in equal measure. It’s a worthy inclusion in this list, but it’s also this year’s best pick for families.

Way back in 2012, Funforge released the incredibly entertaining Tokaido, a game about a quiet road trip through a historical version of Japan, which asked the question of who could have the most relaxing and enjoyable trip while strolling down a path. Ten years later, we get this sequel, in which players control fishermen in the Japanese archipelago, aiming to have a nice day of work on the boat as they pull up fish and shrimp while enjoying the idyllic seascape.

Like the original Tokaido, Namiji finds players moving along a static track and enjoying a beautiful Zen experience. In Namiji, minor changes to the formula exist, focused on collecting points and managing a personal grid representing how the fishing is going that day. The innovative movement style is still in place, which allows players to have tremendous choice in how quickly they move along the board. Namiji is an especially simple game that is very welcoming to newcomers, but the beauty of the board and cleverness of the core movement mechanic is still great fun for experienced players.

Z-Man has done impressive work in recent years adapting the beloved core of the Pandemic system into new variations. After a successful visit to Warcraft last year, fans of that most familiar of galaxies far, far away are being treated to this new adventure set during The Clone Wars. It’s a great time.

Working cooperatively, players take on the role of Jedi Knights like Obi-Wan Kenobi, Yoda, and Mace Windu as they desperately range out across the planets of the Republic to hold back the Separatists and their droids. In each session, you take on a familiar villain like Count Dooku or General Grievous, and like in most variations of Pandemic, it’s a balancing act between holding back the rising threat and completing set missions. Attractive art perfectly captures a more realistic take on the Clone Wars than fans may recognize from the animated show, while the action and gameplay is balanced and fun, with plenty of replayability.

Here’s hoping this year’s list helps you find something exciting to bring home to your gaming table. If you’re looking for other recent recommendations, feel free to explore past years of this list, including selections from 2021 and the 2020 installment. And for more on some of the best games to explore in the tabletop gaming hobby, head over to the Top of the Table hub. Happy gaming!

Matt Miller explores the ever-expanding world of tabletop board, card, miniature, and role-playing games in his column, Top of the Table.