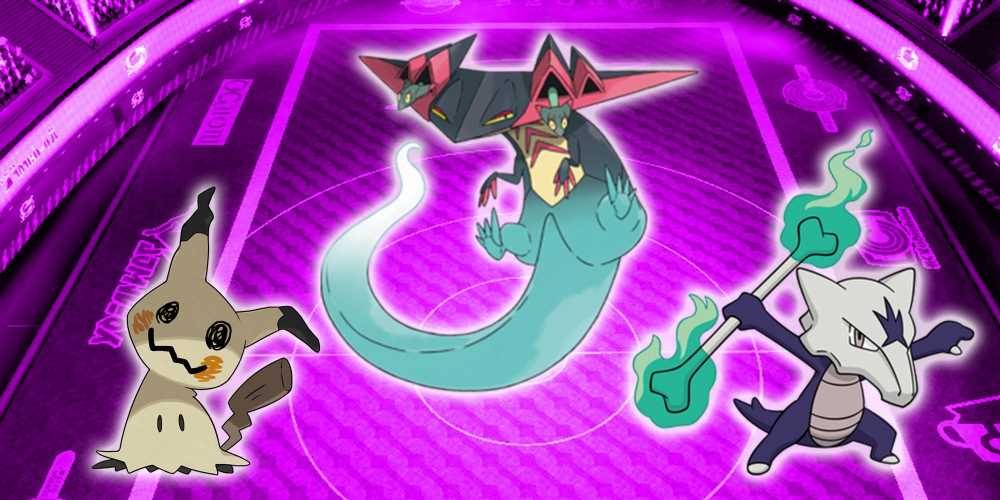 Ghost-type Pokemon are some of the most unique in the franchise. They are one of the few types that are weak to themselves but have more immunities than any other type – making them a versatile choice for competitive play. Ghost types also have some of the best ability combinations and move pools in the franchise, so it makes sense that we continue to see them in the highest levels of play.

Ghost types are some of the most specialized Pokemon and can be critical for setting up certain battle scenarios. Whether it's setting up a Trick Room or a team sweep, you won't need a Silph Scope to see what makes these spooky spirits a solid pick for any competitive team. 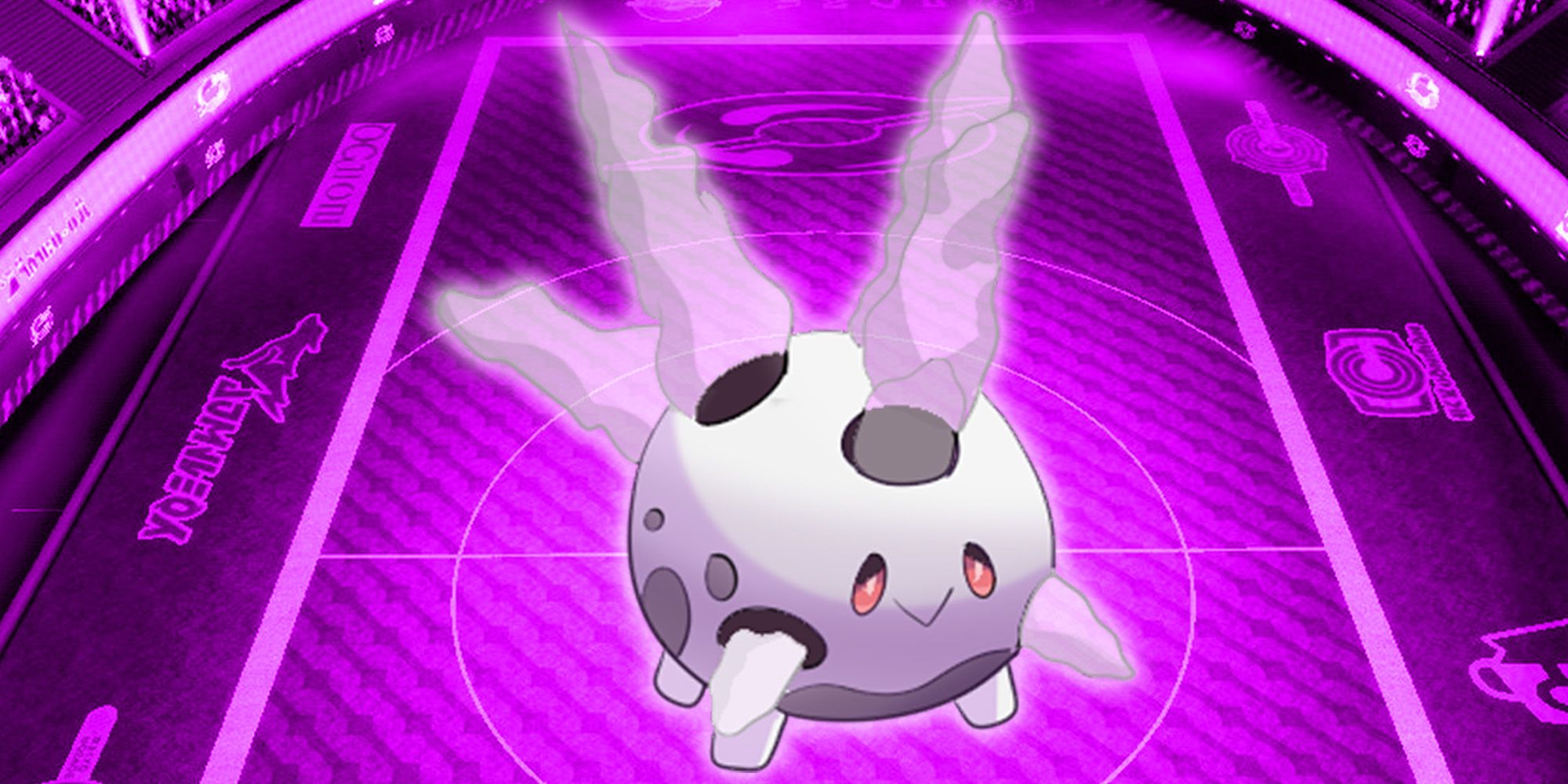 Corsola may be one of the best Galarian variants introduced in Generation 9, especially after it received a new evolution. While you would think that its evolved form would be best for the battlefield, it's actually Galarian Corsola who is more viable when holding an Eviolite.

This added bulk, plus a move pool that includes Strength Sap, Will-O-Wisp, Hex, Night Shade, and Stealth Rock, allows Galarian Corsola to wall off opponents while diminishing their attack output. 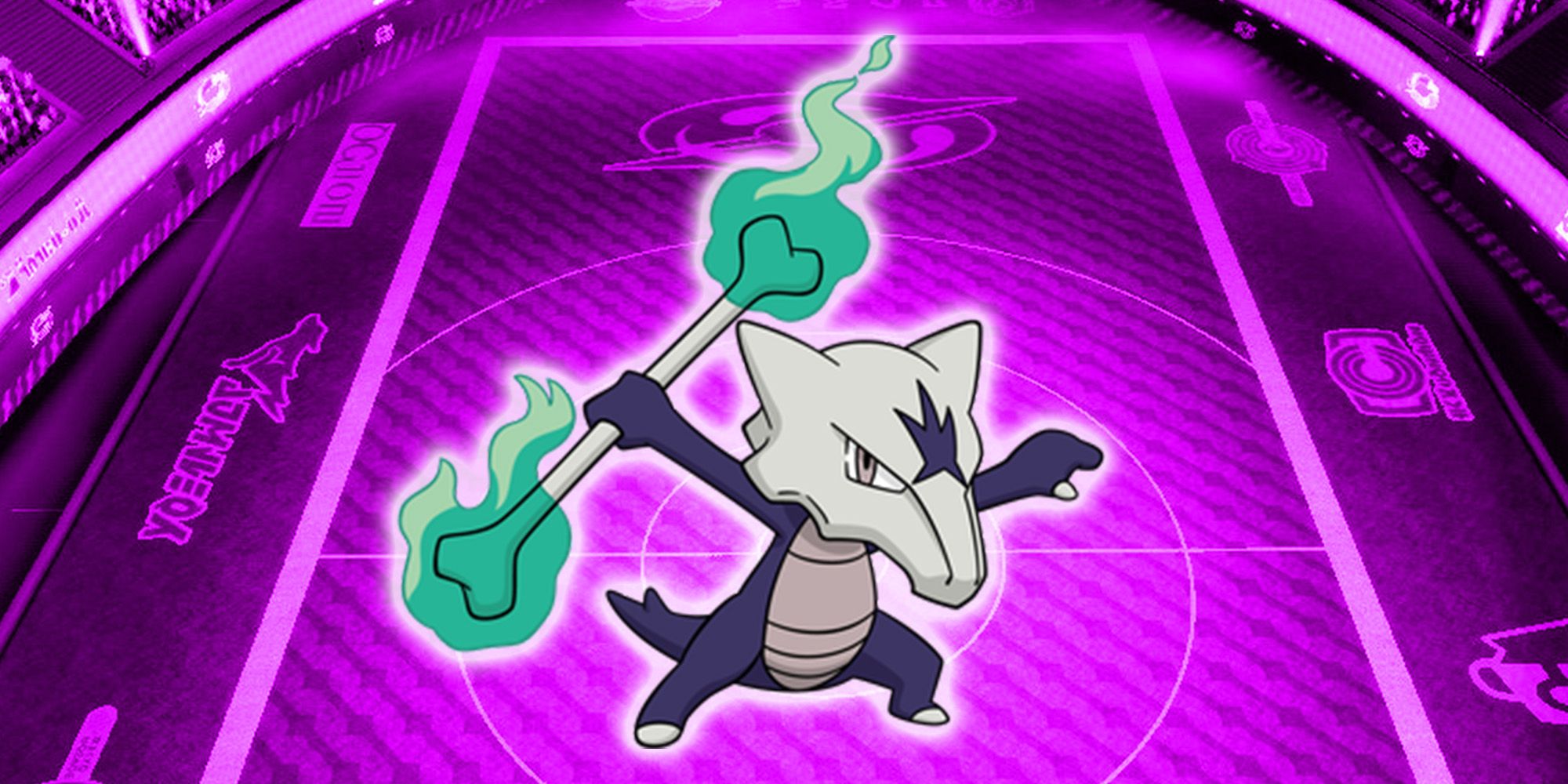 Another Ghost-type regional variant that frequents the competitive scene is Alolan Marowak. This powerful poltergeist can double its base 80 Attack by holding a Thick Club, and thrives in a Trick Room with a base 45 Speed, but it's more than just a heavy hitter.

Alolan Marowak's access to Ground-type moves combined with its ability to absorb Electric attacks makes it the perfect partner for Water and Flying types. Its ability to hit hard while remaining a team player makes Alolan Marowak a spicy pick for any team. 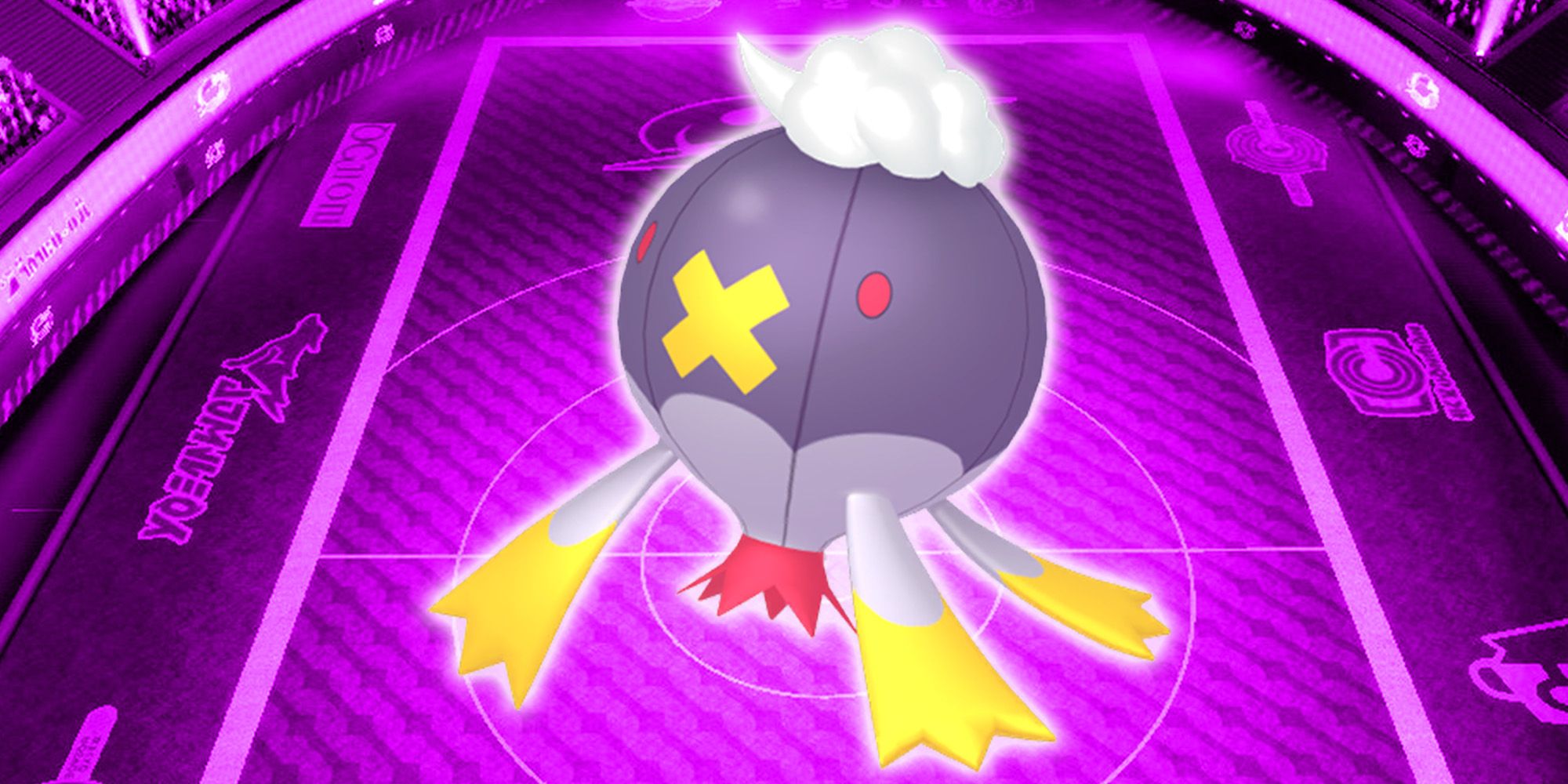 On a list of underrated Pokemon, Drifblim always floats to the top – particularly due to its competitive viability. This banshee blimp has some of the most supportive move sets in the game.

Its ability, Unburden, allows it to move first and set up various scenarios for its partner. With access to Strength Sap and Will-O-Wisp, it can quickly diminish its opponent's offensive pressure, giving its allies added survivability. If that wasn't enough, Drifblim has several ways to increase its own stats, from either held items or its own move pool, which it can then be passed on to a teammate through the move Baton Pass. 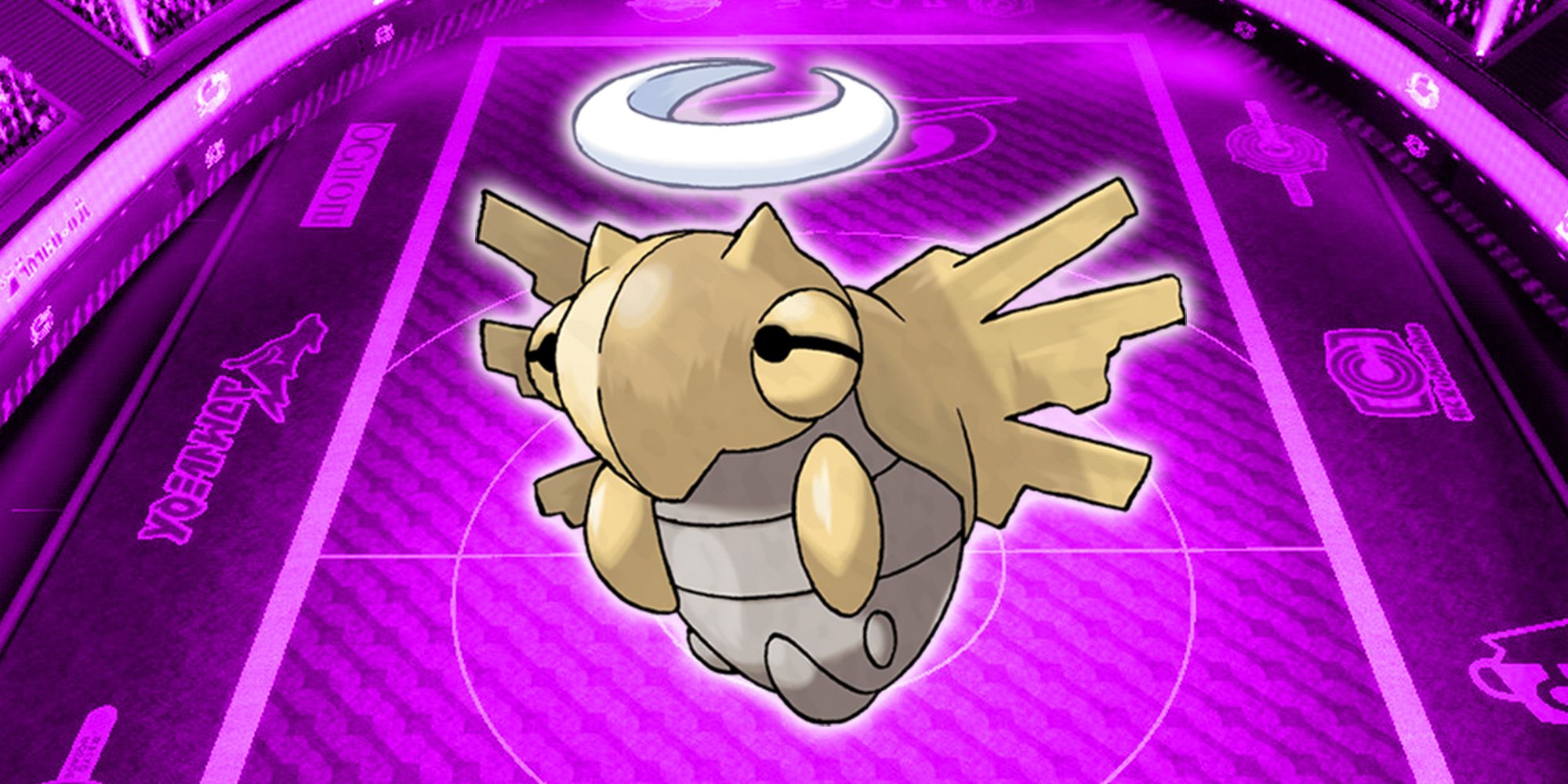 One of the most interesting Ghost-type Pokemon used in competitive play has to be Shedinja. Its ability, Wonder Guard, makes it completely immune to attacks that aren't super-effective against it. Without a Dark, Ghost, Fire, or Rock-type move, there's simply no way to stop this haunted husk.

While it only has a single HP stat, it's typically equipped with the move Endure or is holding a Focus Sash, so it can take multiple hits and remain in the fight. Shedinja's success depends on the situation it’s put in, but with moves like Ally Switch at its disposal, it can be incredibly useful against prominent threats in the competitive scene. 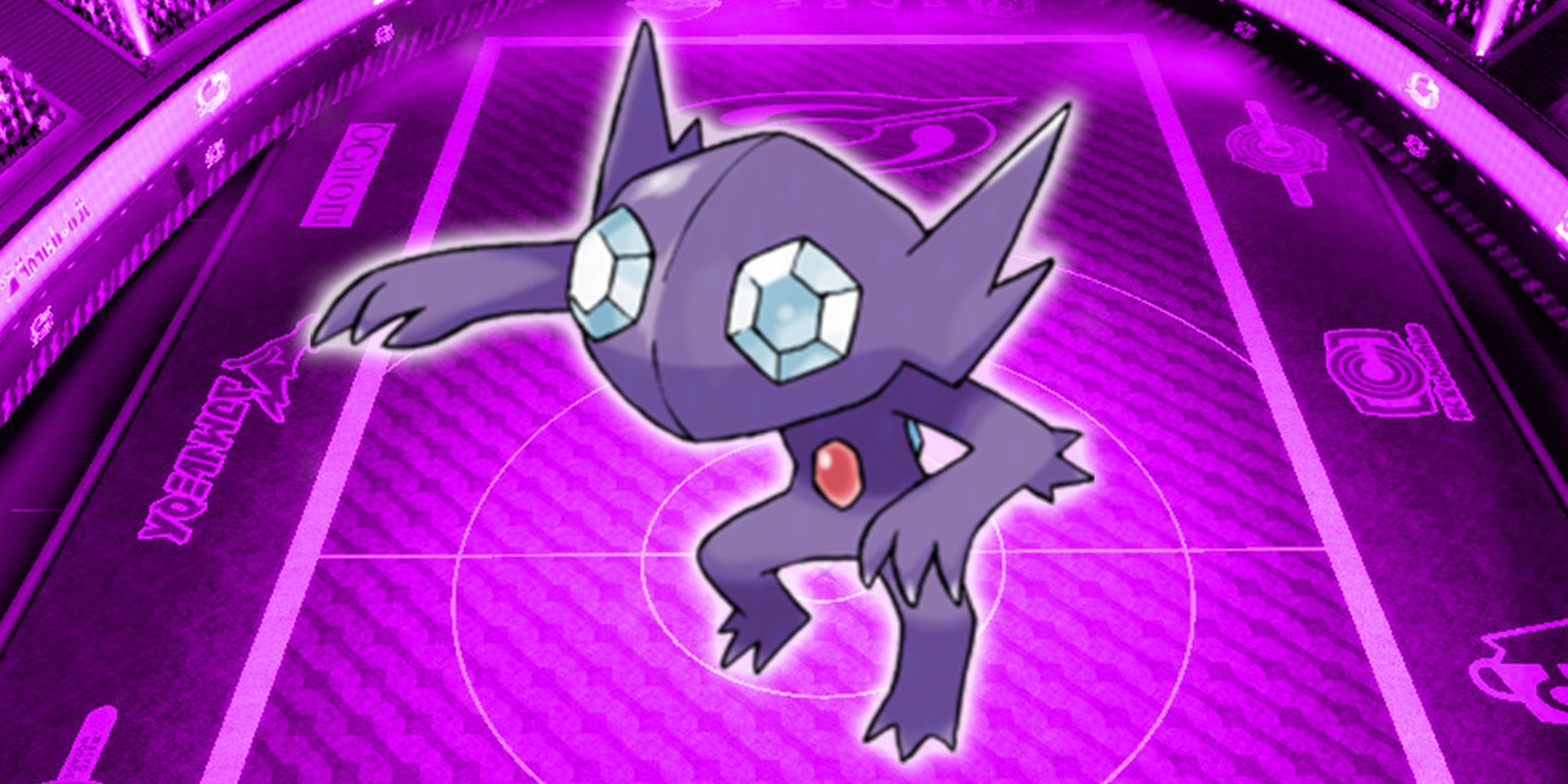 Sableye has a unique history in competitive battling. Before the inclusion of Fairy types, it was one of two Pokemon that didn't have a weakness, alongside Spiritomb. Without Fairy types, Sableye would certainly be more prominent in the competitive scene, but it still brings a ton to the table.

Sableye's ability Prankster gives all of its status moves priority, making it ideal for supporting its teammates. In addition to having multiple moves for weather control, this ghoulish gremlin also gets access to Encore, Quash, Trick, Will-O-Wisp, and Taunt, making it ideal for various scenarios. 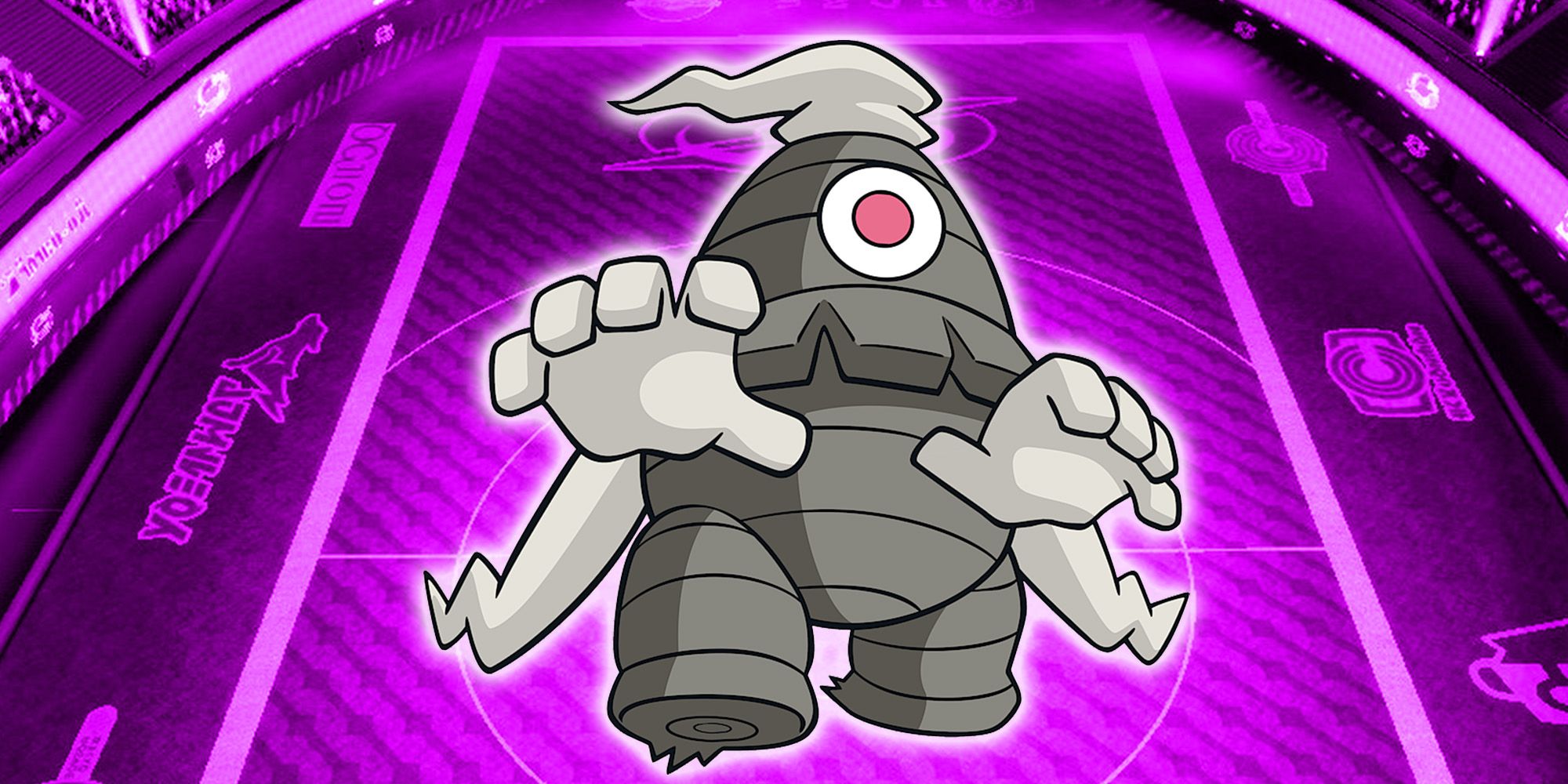 While most Ghost-types find strength in versatility, Dusclops stands out as more specialized. For competitive teams, this spooky single-eyed specter is one of the most reliable Trick Room setters available. The added bulk it gets from holding Eviolte means that it is nearly impossible to knock out in one turn, even if it's targeted twice. This allows it to set up a Trick Room with ease, where it can use moves like Pain Split and Night Shade to eliminate enemies regardless of their stats.

As if Dusclops was not impressive enough, its ability Frisk reveals opponents held items, which can be critical intel in a competitive match 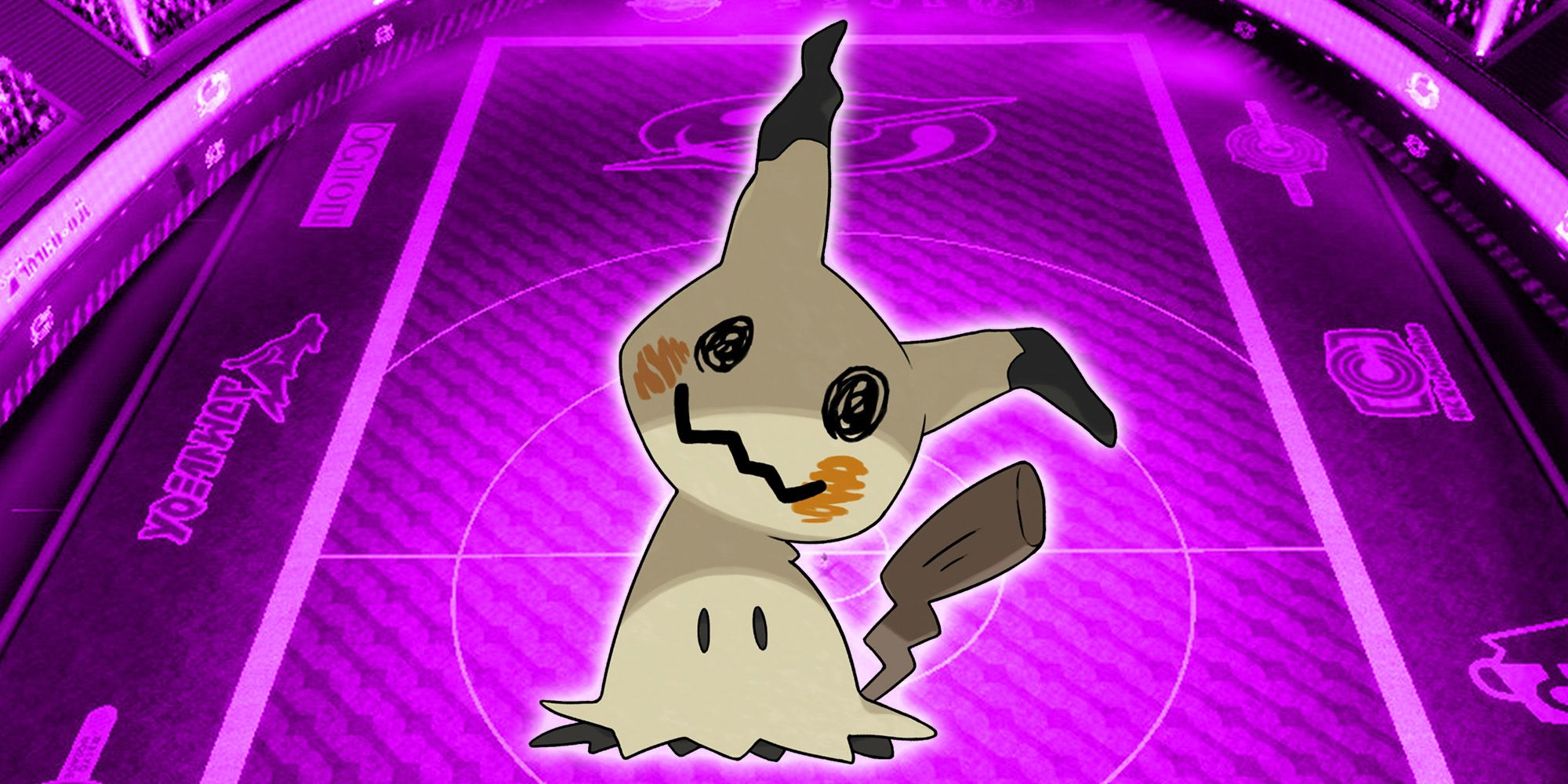 The creepiest cosplay Pokemon is also one of the strongest Ghost types for competitive play. Like Dusclops, it's an excellent trick room setter, thanks to its survivability. Its unique ability, Disguise, allows it to avoid damage from the first attack that hits it. While its Speed stat isn't ideal for Trick Room, it does have access to priority moves like Shadow Sneak that allow it to attack first in every scenario.

Despite how useful Mimikyu is as a support, its base 90 Attack and access to Swords Dance allow it to be an offensive threat as well. On top of all that, this intimidating imitator is frequently seen with a Life Orb to maximize damage output. 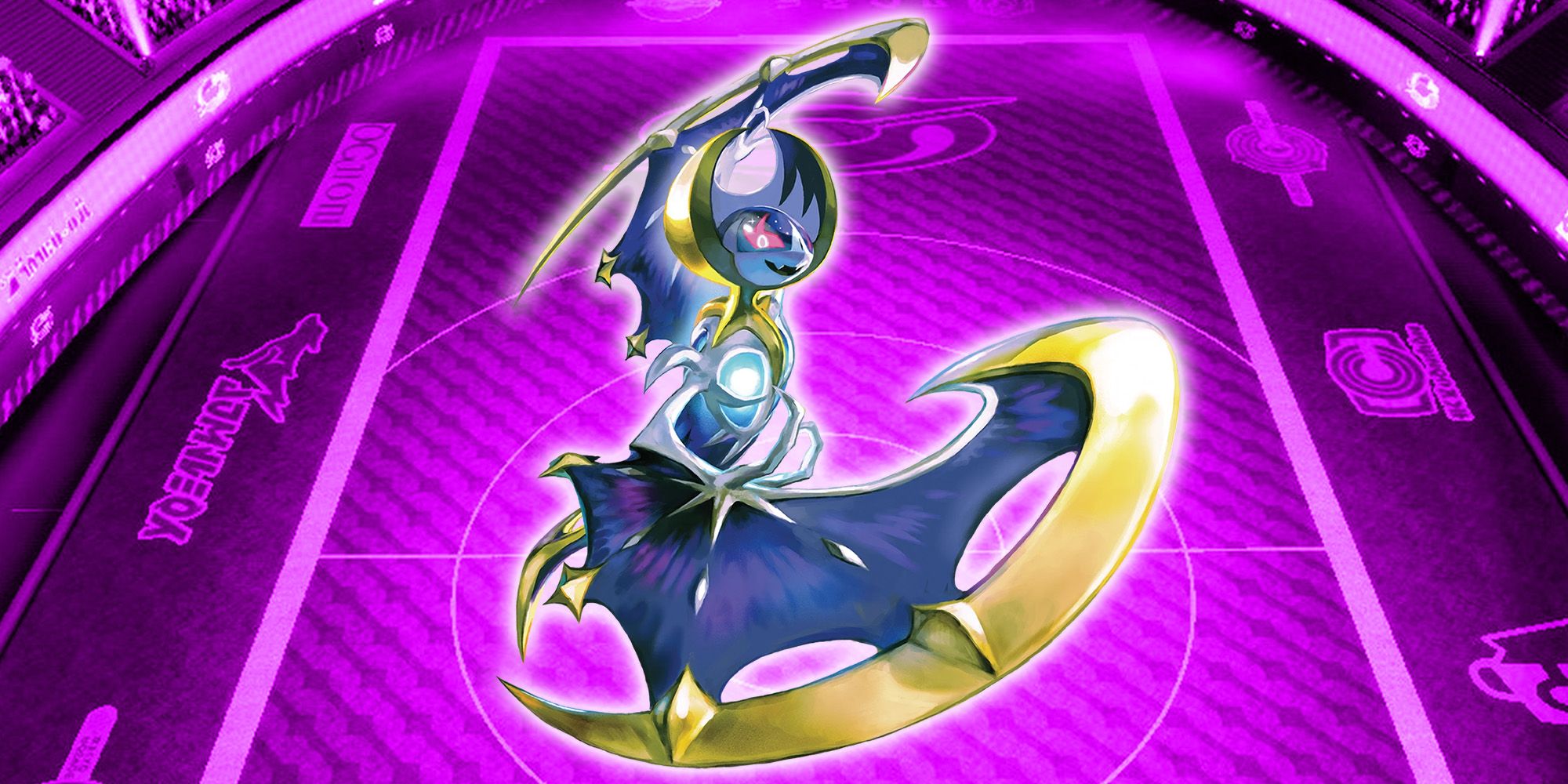 Sometimes when you shoot for the moon, it shoots back harder. Lunala is both an offensive and defensive threat whenever it's brought to the field.

Equipped with a Mental Herb, Lunala can increase its damage output and attack the same turn using Meteor Beam, and its unique ability Shadow Shield halves all damage taken when at full HP. This makes the lunar legendary a commanding force on the field and, if left alone, has the potential to sweep an entire team. 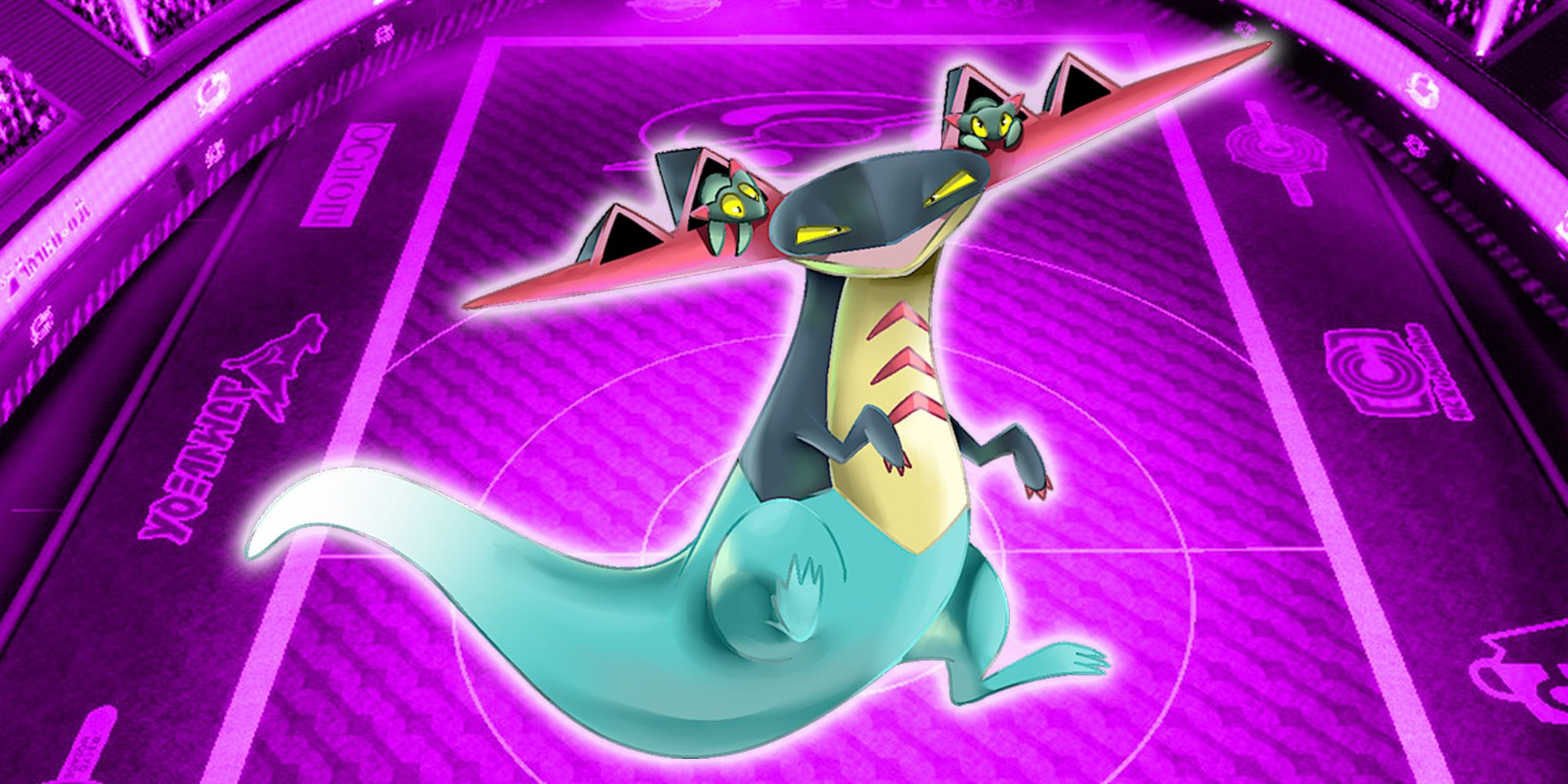 One of the greatest competitive Pokemon introduced in Gen 9 is this spooky soul salamander. Dragapult truly leads the pack when it comes to Ghost types, which is fitting for the jet-inspired Pokemon.

Not only is Dragapult incredibly fast, but its move pool allows it to succeed in various situations. Phantom Force allows it to attack protected Pokemon while avoiding damage from slower moves, and Dragon Darts allows it to hit multiple targets at once. It even gets access to moves like Surf, which can be used as setup for Pokemon like Coalossal when combined with its lightning-fast speed. What it lacks in bulk, it makes up for in speed, versatility, and raw power. 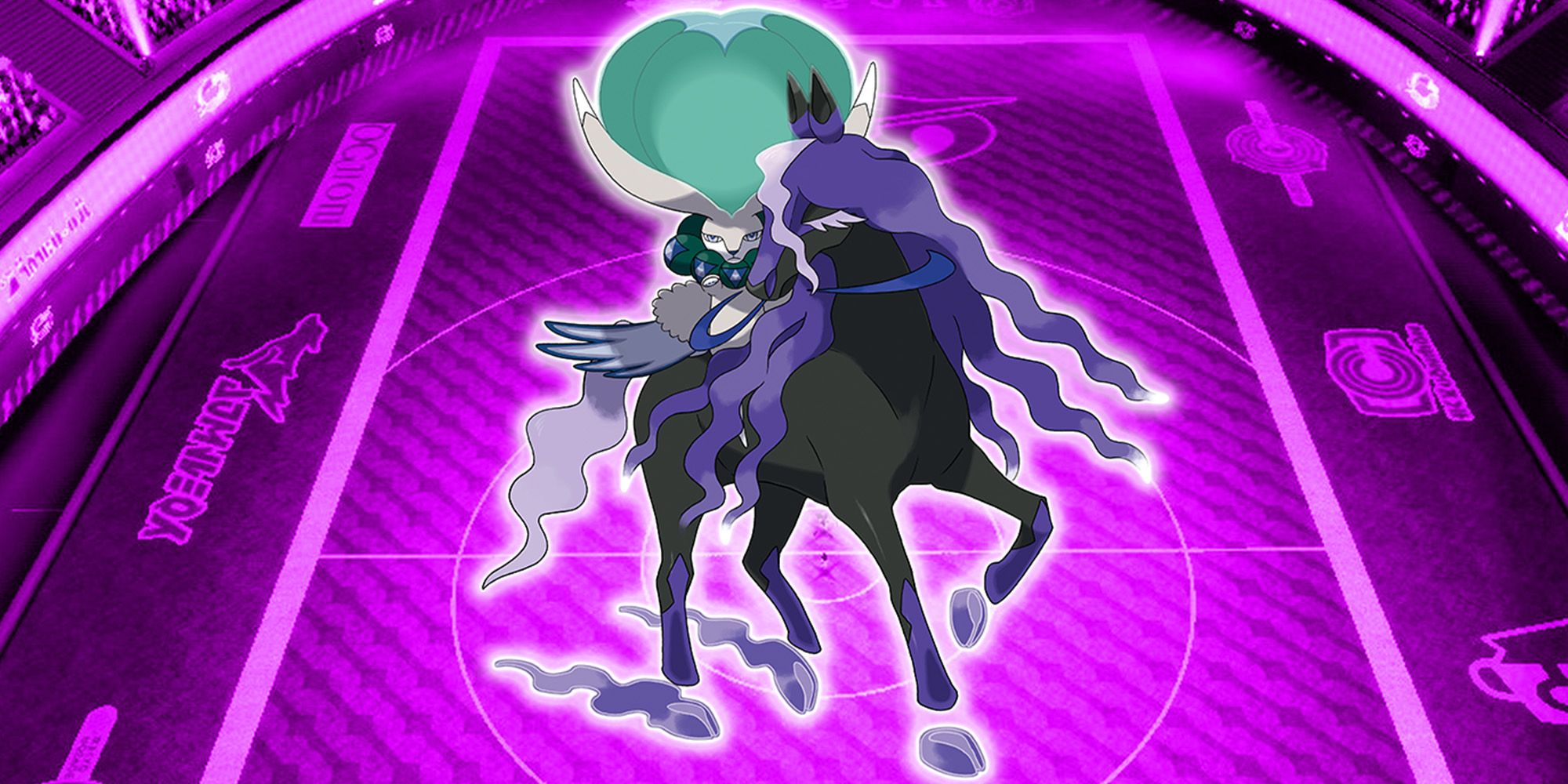 This Pokemon's signature move, Astral Barrage, is a powerful spread attack and can increase its Special Attack after every KO with its ability, Eerie Neigh. Combine this with its incredible speed, and it becomes easy to understand why this haunted horseman dominates the battlefield.