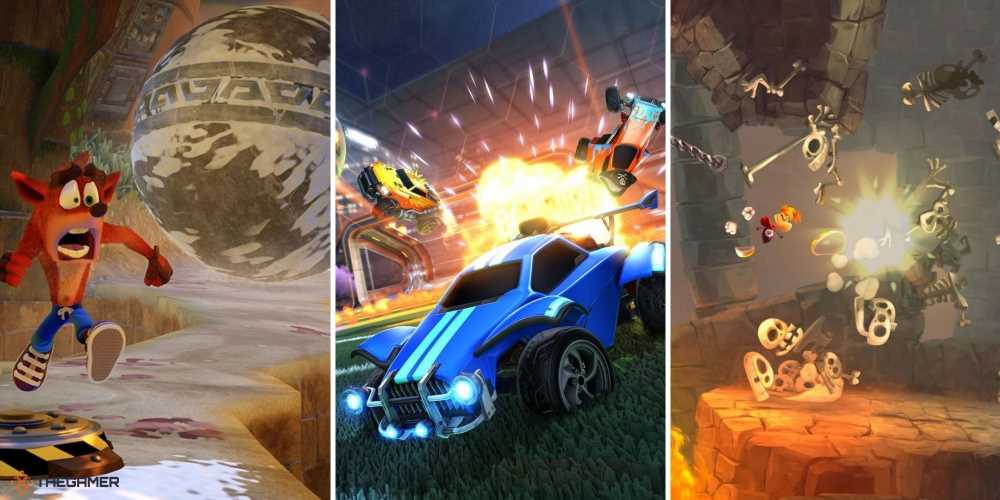 Now, the majority of gamers may be younger adults, but people of all ages can join in the fun. Playing games with families is especially encouraged, since many titles are designed to cater to all age groups and can be educational.

Everyone has a different preference, which is why we've included games from various genres. Most of these games are multiplayer and can be enjoyed by the entire family. We've seen some spectacular family games over the past few years, and now, it's time to introduce a few. These are the 10 best PS4 games (some are system-exclusive, some aren't) for kids and families. Enjoy! 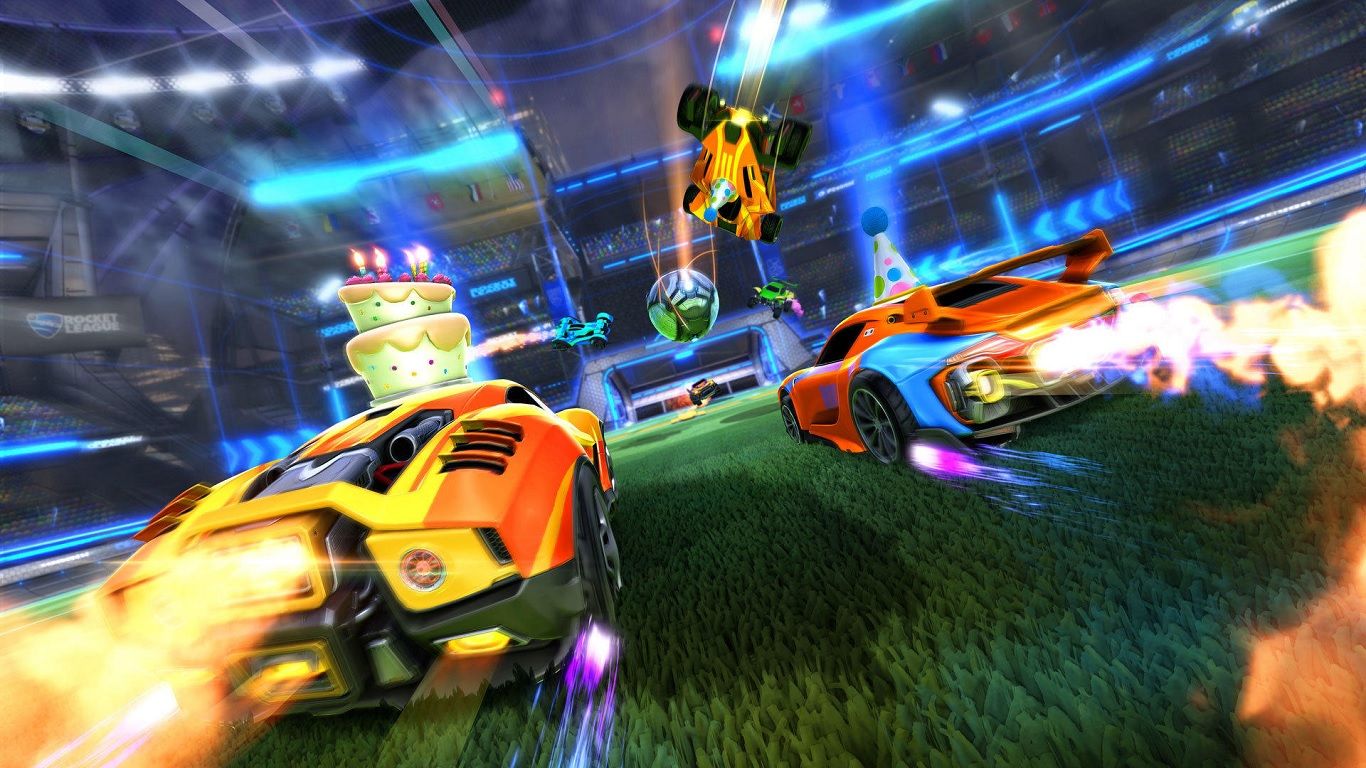 A game with a simple premise became so much more than the sum of its parts. Now, millions of people around the world are playing Rocket League. This vehicular soccer game is commonly seen in esports. The objective of Rocket League is to push a giant soccer ball into the opponent's net. With increasingly difficult opponents, Rocket League matches can be arduous.

In later updates, new basketball and ice hockey modes were integrated into Rocket League. They are variations of the same vehicular soccer game but are nice additions to the base game. If you don't take things too seriously and are just in it for some silly arcade fun, Rocket League is recommended for both kids and families. 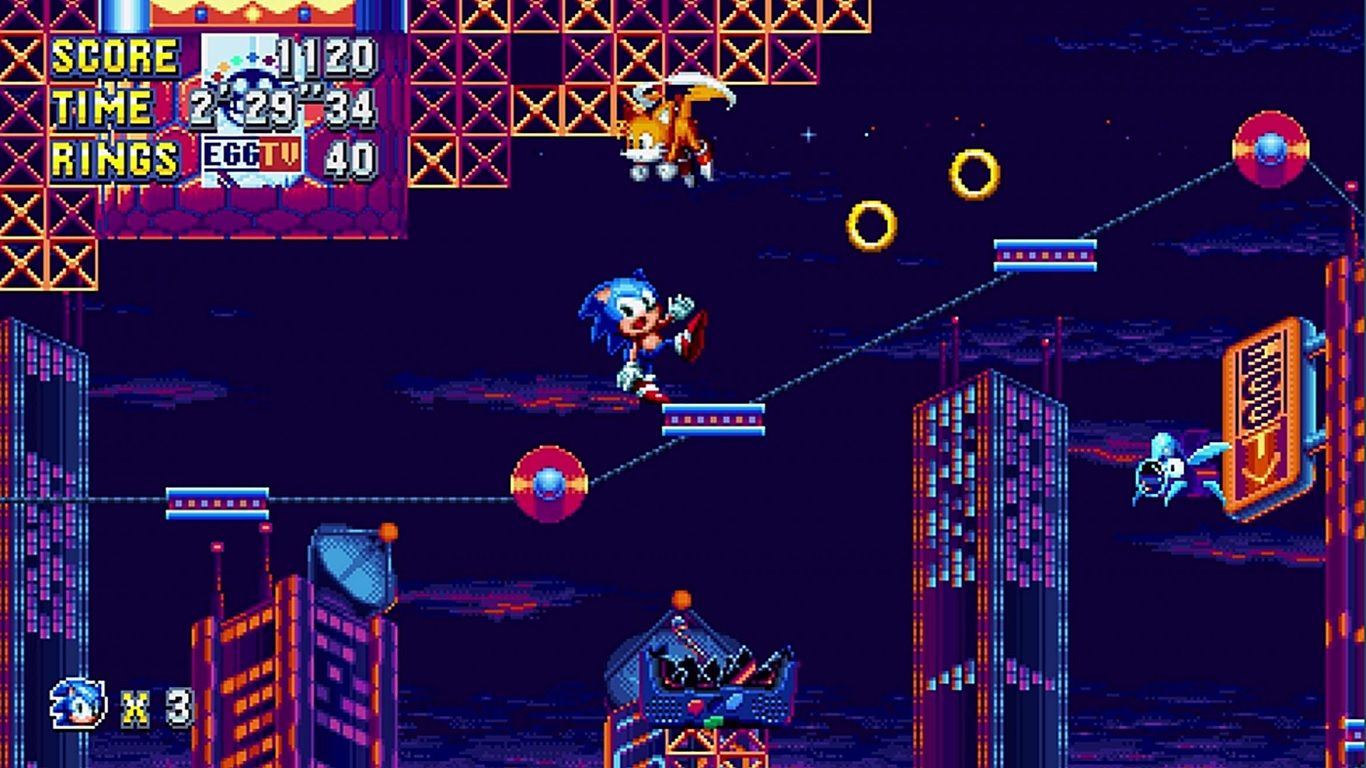 Sonic Mania's developers put together a game that is a combination of the best elements from Sonic the Hedgehog games over the years. Unlockable characters and smart level design make it go beyond the lackluster series entries we've been seeing lately.

Games like Sonic Forces are fun, but it seems like none can compare to the original Sonic formula from the early 1990s. Although it bears similarities to the original games, Sonic Mania is inventive because of its scale of maps, unique boss fights, and all-new competition mode. 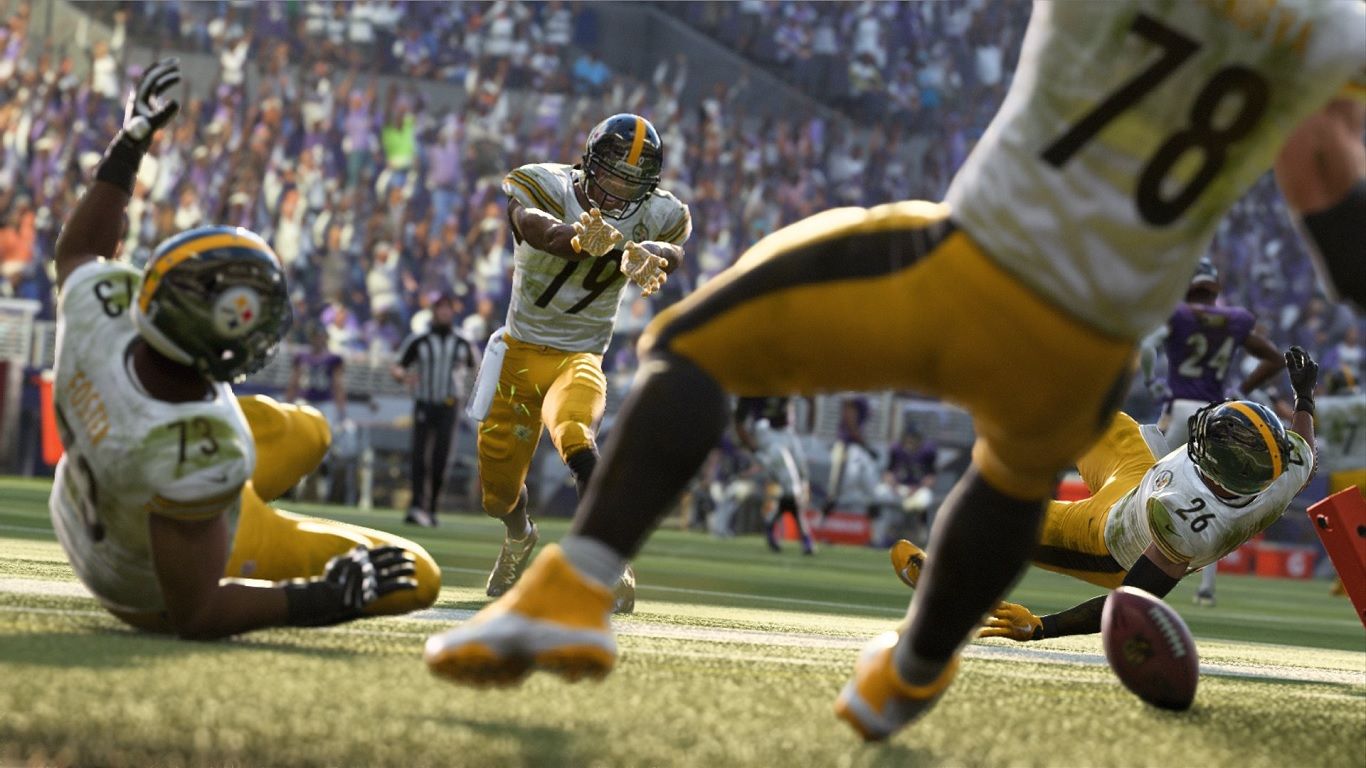 As usual, Electronic Arts has offered us their latest Madden title. This time around, Madden 22 has added home-field advantages, in which the team that's playing on their own turf gets a special ability after building up enough momentum.

Madden 22 is a fitting kid and family game that is, at its simplest, a football simulation video game! No need to fear: it allows multiple players to face off competitively in multiplayer modes. When in doubt, choose a sports game like Madden 22. 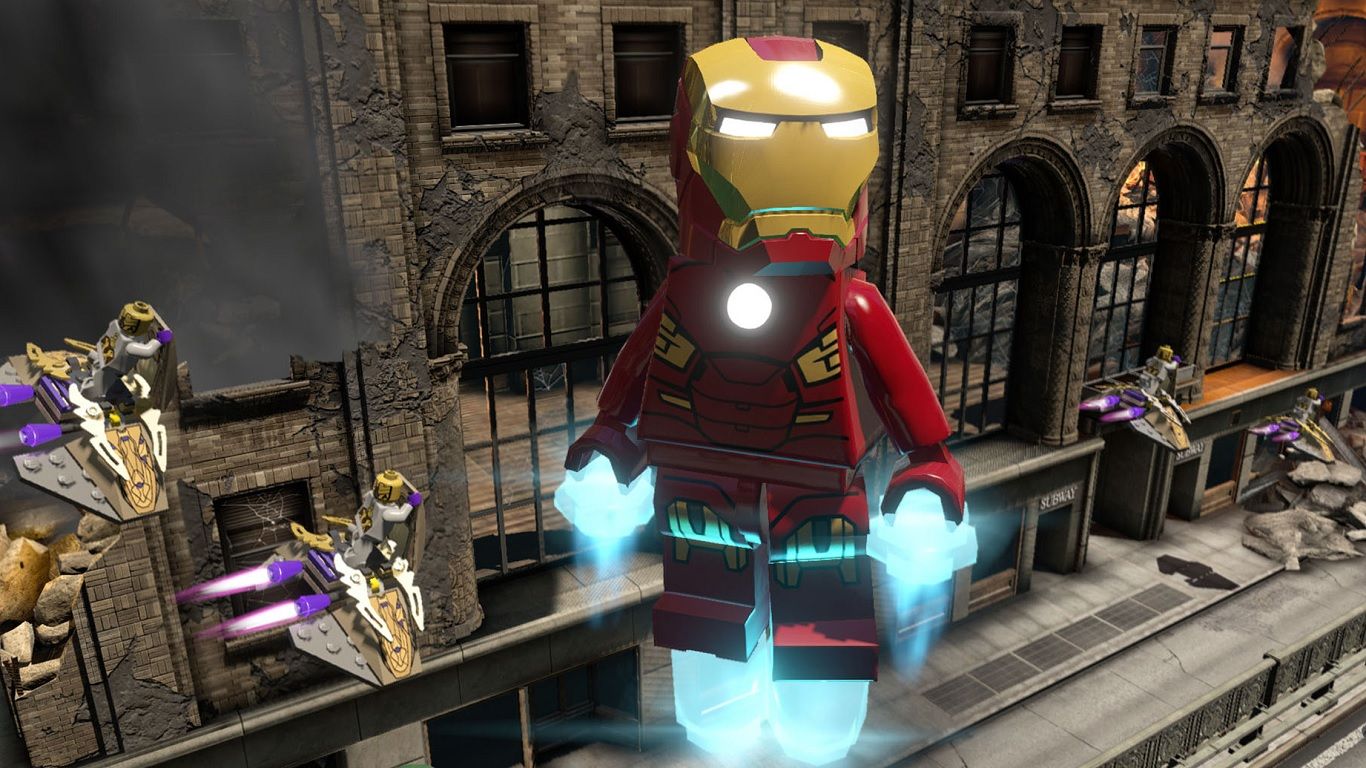 Being able to play as a variety of superheroes in Lego Marvel Super Heroes 2 makes it super appealing to all ages just now. There are a lot of great options for Lego games to play, but this one includes characters like Spider-Man, Black Panther, Iron Man, Captain America, and Doctor Strange. With the Marvel world being as phenomenally popular as it's become in recent years, this is the way to go.

Fighting in the streets of London and enjoying multiplayer content beyond the story mode makes Lego Marvel Superheroes 2 a thrilling Lego game. 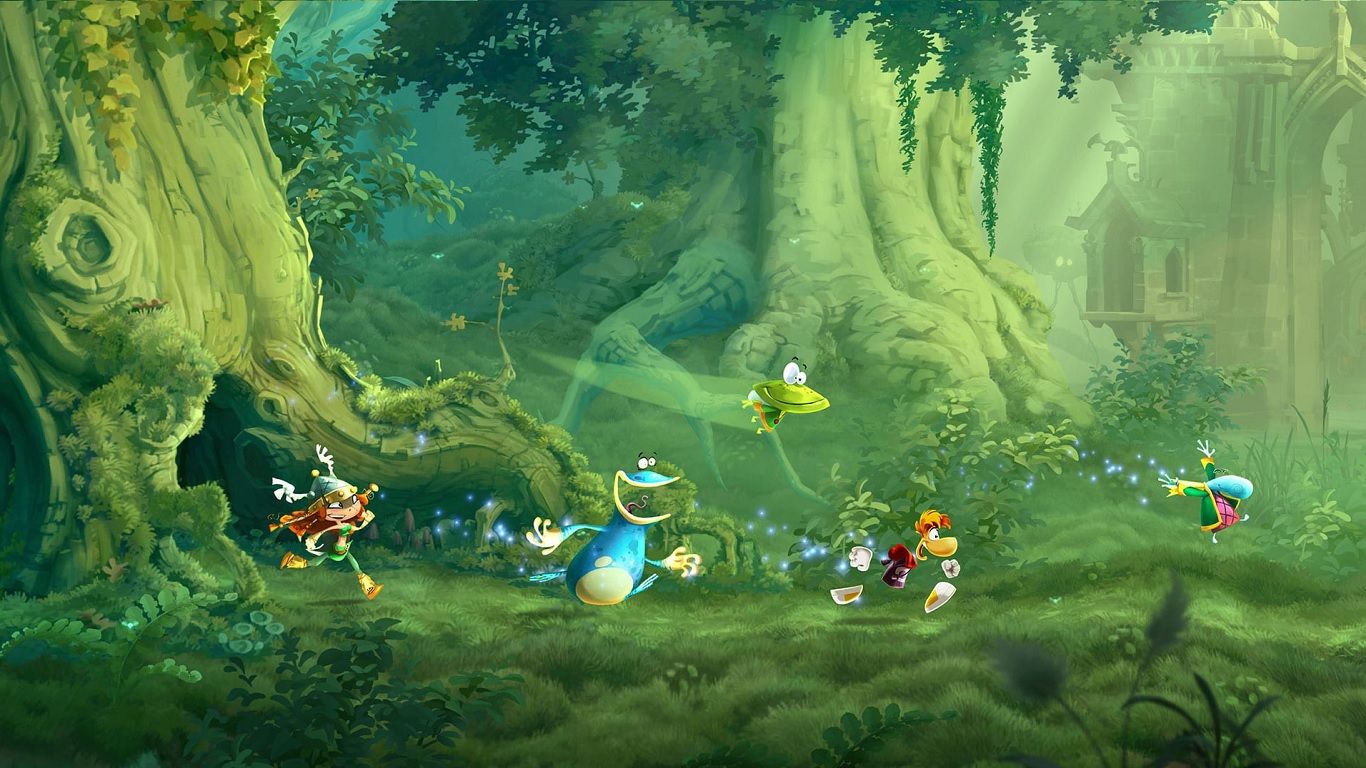 As a 2D platformer, Rayman Legends surpasses expectations as a family game. There are over one hundred levels contained in Rayman Legends, which makes it have high value for its cost. There is mild violence, which is why the game is rated E for everyone 10 plus.

The puzzles are fun to solve, and the pacing of Rayman Legends makes it a great platformer with high replayability. You won't regret buying Rayman Legends, since it's one of the best family games available on PlayStation 4. 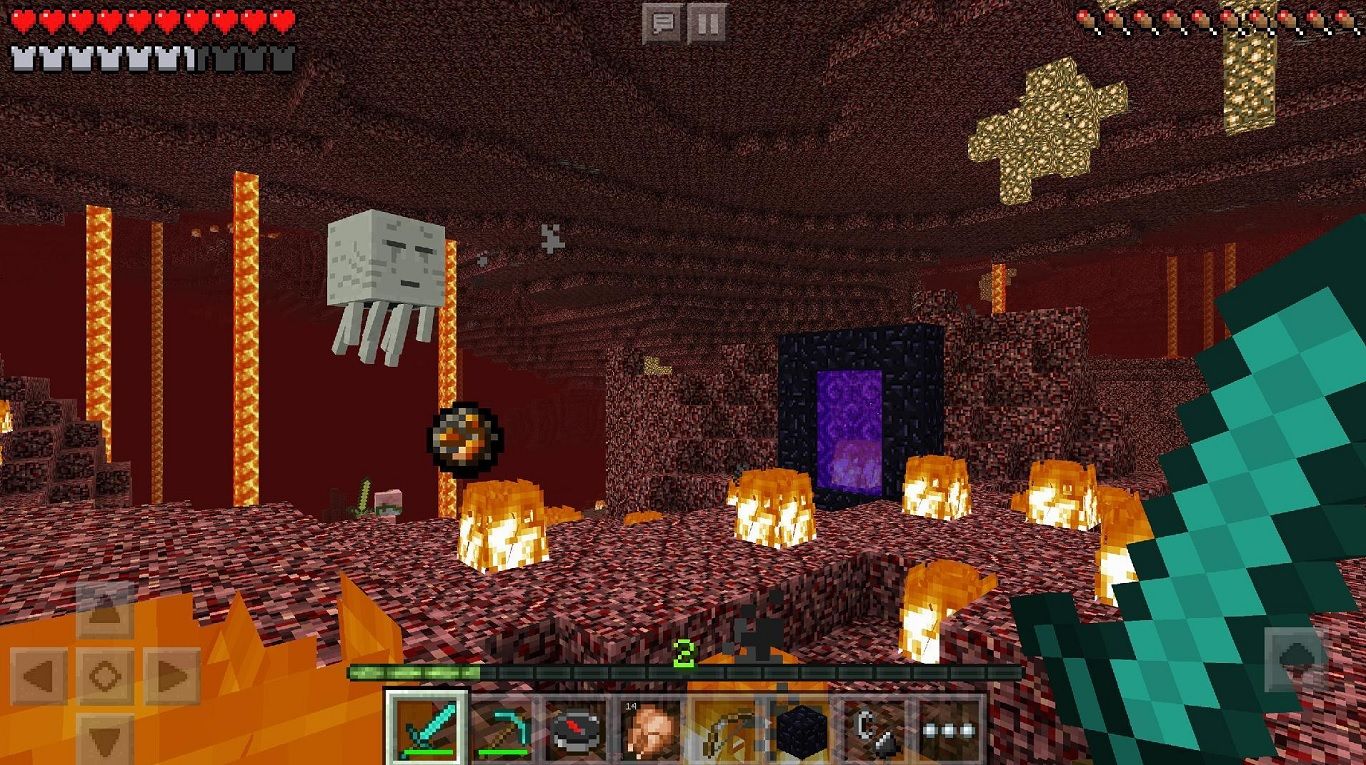 Whether you're playing on Nintendo Switch, Xbox One, PC, mobile, or PlayStation 4, Minecraft is a fun game that is suitable for the whole family. Minecraft offers 4-player split-screen on the PlayStation 4, so you won't have to pass the controller back and forth.

Chances are, you've already heard of Minecraft and have played (or are itching for an opportunity to play) it. Minecraft is a game about building, but as a survival game, it is so much more. Fighting a boss like the Ender Dragon is a grueling task that requires Minecraft prowess. This title is so universally popular that it's the second-highest selling game of all time, just behind Tetris. 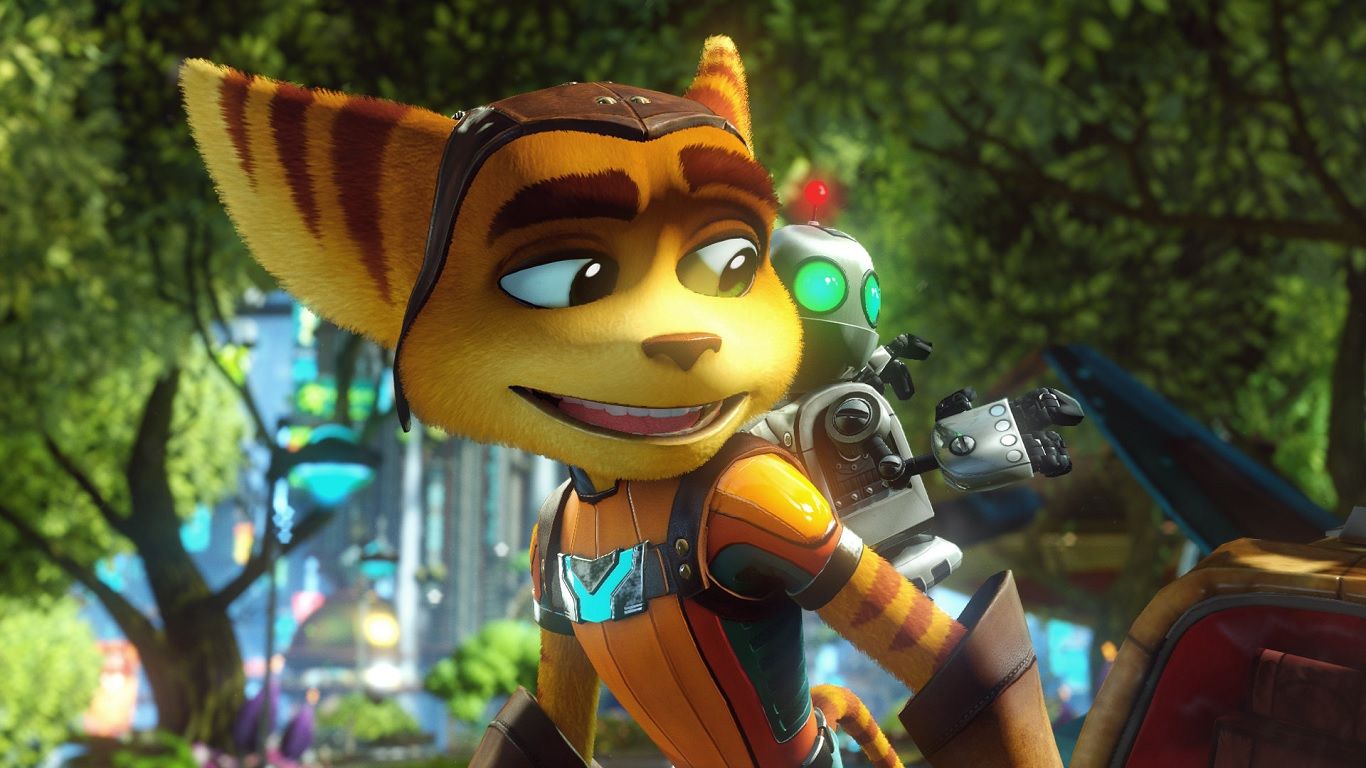 This next title is based on the original Ratchet & Clank game that released for the PlayStation 2. It takes many of the first game's levels and remakes them, while adding elements of its own. PlayStation 4 is host to a plethora of family-friendly games, but few are comparable to Ratchet & Clank.

Ratchet & Clank is a futuristic title that was developed alongside the motion picture of the same name. This action-adventure game is worth buying despite not having a multiplayer mode. 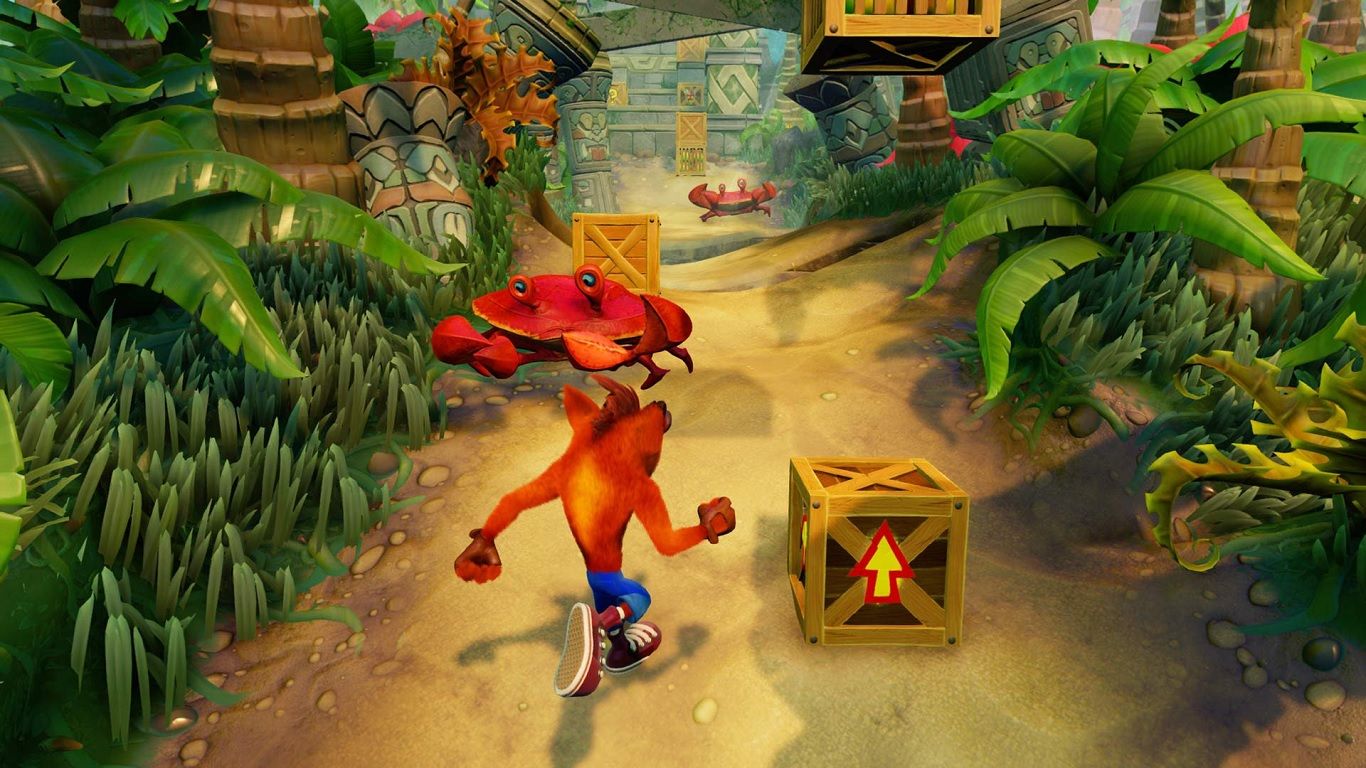 In respect to other remakes and remasters, Crash Bandicoot N. Sane Trilogy had one of the most detailed makeovers. The revamped games received a new skin and a bump up in difficulty.

It gets very difficult in certain stages, but families can get together and enjoy this game. As a title that could provide over 20 hours of gameplay and is widely available on most platforms, including PlayStation, Crash Bandicoot N. Sane Trilogy is a must-buy. 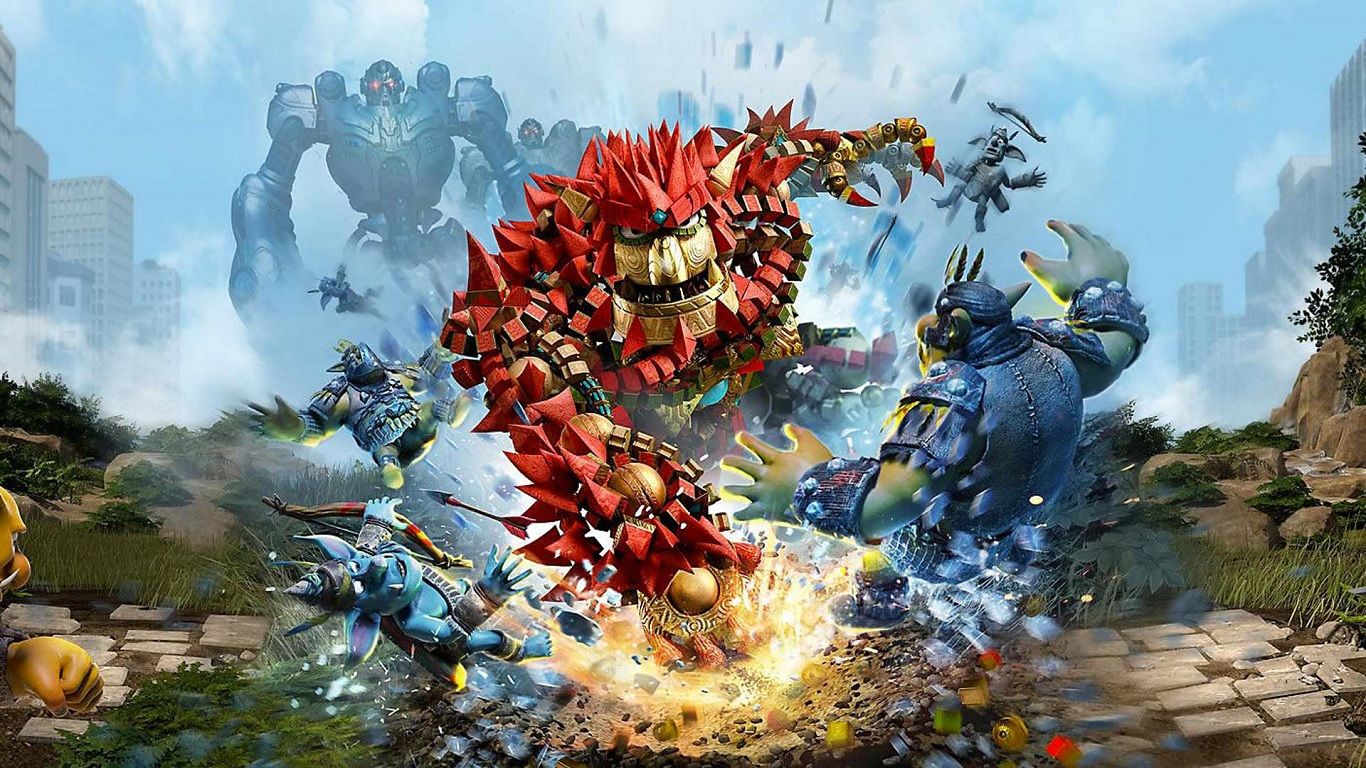 The PlayStation 4 exclusive Knack 2 improves on its predecessor with stellar graphics and enhanced gameplay. The game's wide selection of abilities makes its dynamic combat a thrill.

Knack 2 isn't afraid to poke fun at itself with smart humor, and its couch co-op should provide hours of entertainment. In short, the game is accessible, colorful fun, fit for the whole family. It's a real step up compared to the original, too, which is definitely an added plus. 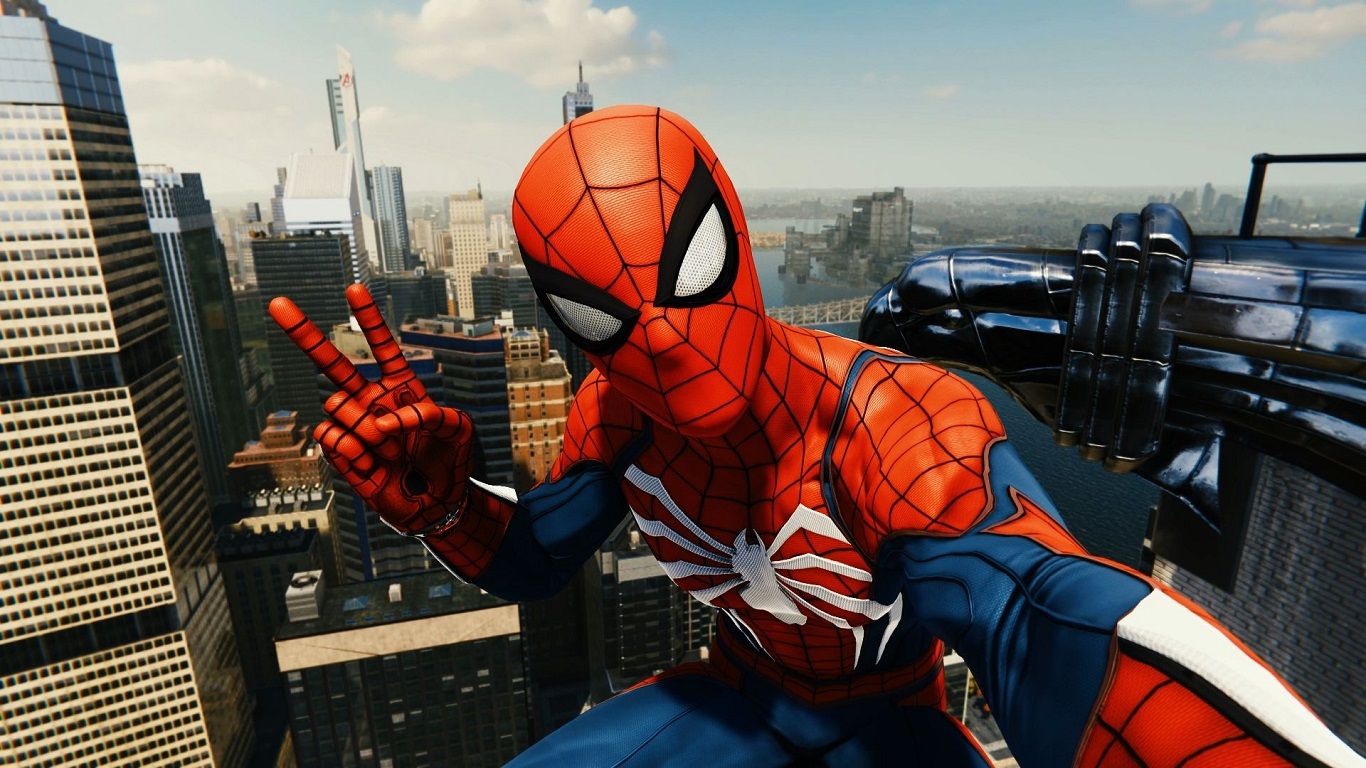 Recently, PS4 has really bolstered its selection of quality exclusive games. Among PlayStation 4's top exclusives is Marvel's Spider-Man. Without a doubt, it's one of the best Spider-Man games ever made.

The gameplay of Marvel's Spider-Man utilizes a robust skill set and includes missions that revolve around detective work. With one of the most detailed renderings of New York City in gaming yet, it includes attractions such as Central Park, the Empire State Building, and the Avengers Tower. Spider-Man is enjoyable even if you only want to explore, and fans of all ages just can't get enough of the Marvel universe just now.