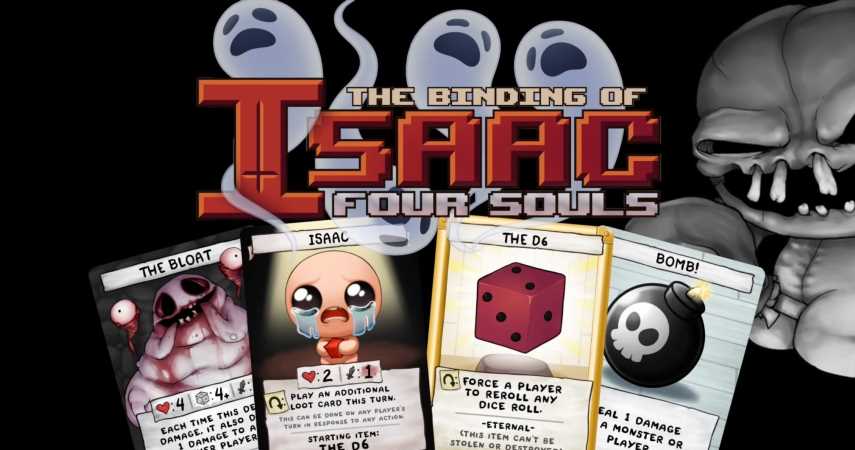 Looks like fans are eager for more from the world of The Binding of Isaac. After launching a Kickstarter for an expansion to the card game, creator Edmund McMillen announced that the project had surpassed $2 million in the first 8 hours of being live. This is far more than the needed $100,000 and with 30 days left, that number will surely continue to rise.

The Binding of Isaac: Four Souls is a card game based on 2011’s indie rogue-like video game of the same name. Back in the summer of 2018, creator Edmund McMillen launched a kickstarter for the card game based on his popular game. The card game pits players against each other as they defeat enemies to gain loot and level up. The goal of the game is to be the first to gather four souls from the game’s bosses. The Kickstarter turned out to be wildly successful, amassing well over the $50,000 goal in a few hours. Now, it seems fans of Isaac are eager for more as McMillen took to Twitter to announce that the Kickstarter is going extremely well.

This new expansion, called Requiem, offers brand-new features to the game including a new kind of card deck, new types of enemies, playable “tainted” characters, and brand-new card art from an array of guest artists. Backers can also pledge to receive the expansion and the original card game in a collectible box. The project also offers fans the chance to purchase some “add ons”. These include character plushies, t-shirts, beanies, figurine packs, dice sets, game mats, and more.

This expansion is in celebration of the ten year anniversary of the initial video game. The game launched on Steam in 2011 and was later ported to console. Clearly, it seems that the game amassed a loyal fanbase as people just can’t get enough of Isaac. You can check out the Kickstarter for the expansion and all it has to offer here.