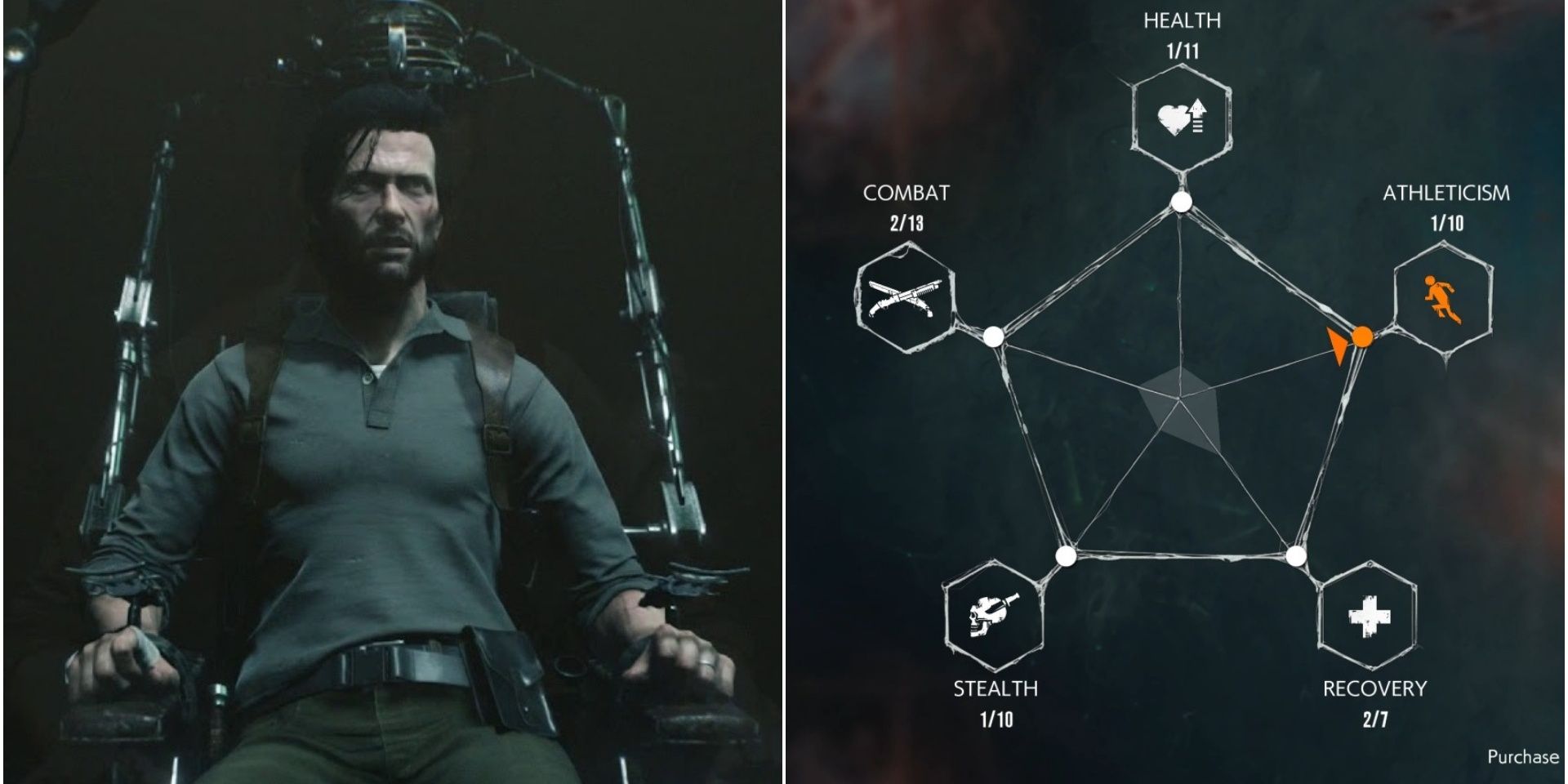 Following the success of The Evil Within, Tango Gameworks returned to the tormented world of Sebastian Castellanos. In The Evil Within 2, Castellanos is once again subjected to all manner of horrific torture from monsters and mental hallucinations.

Compared to its predecessor, The Evil Within 2 is a much more action-focused adventure that has an emphasis on gunplay and abilities instead of just sheer survival. It uses skill trees to display abilities and conveniently organize them into five different categories: Health, Athleticism, Recovery, Stealth, and Combat. Castellanos can upgrade his abilities by using Green Gel that’s found throughout the game, mainly after defeating enemies. While it’s important to find a healthy balance when upgrading Castellanos’s abilities, there are a select few that rise above the rest. 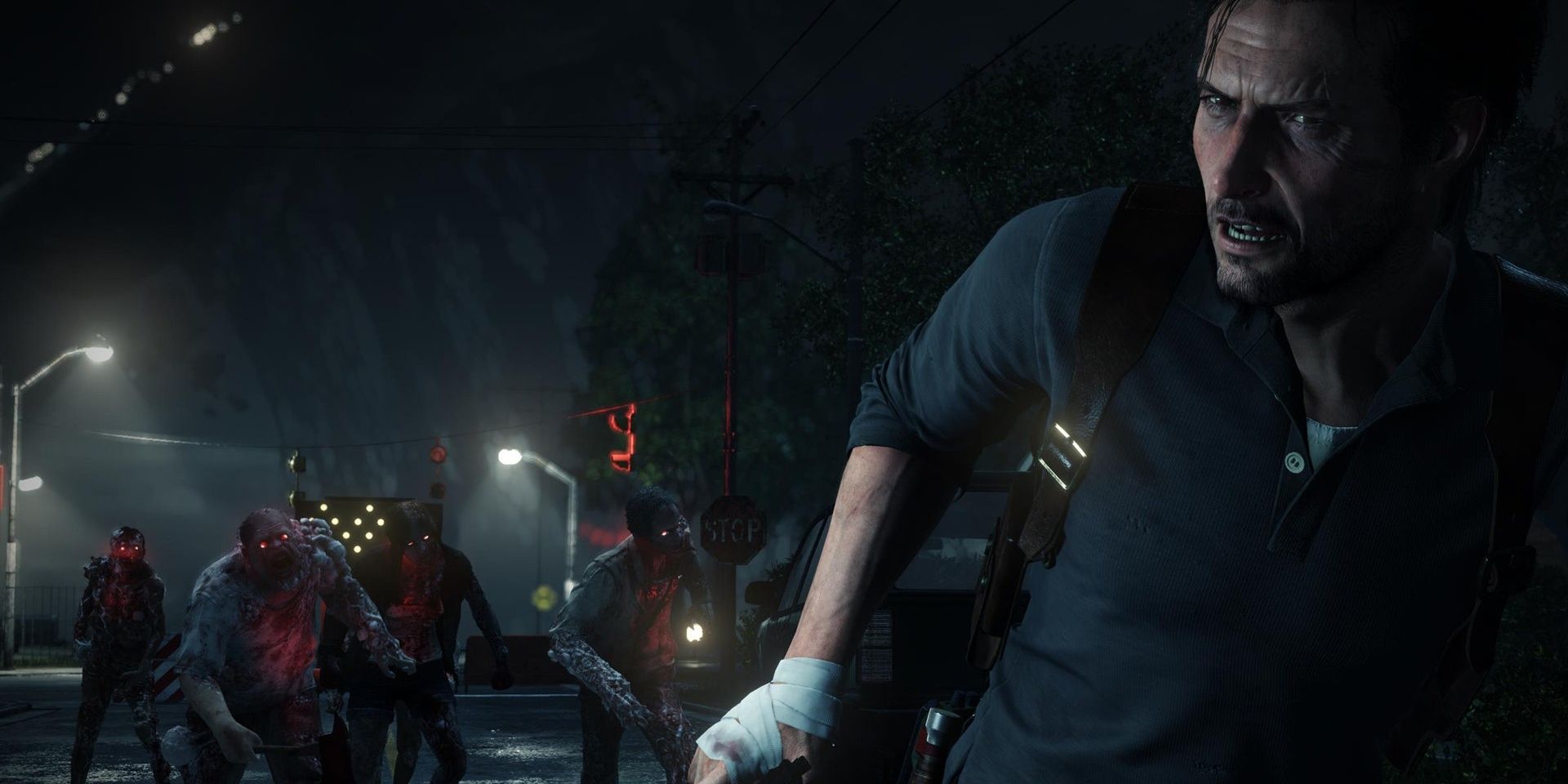 Most upgrades in The Evil Within 2 have increasing tiers that will further enhance the base upgrade at the additional cost of Green Gel. By upgrading Endurance, you’ll increase Castellanos’s overall stamina, allowing him to run for longer distances and use the Synaptic Focus ability more frequently. 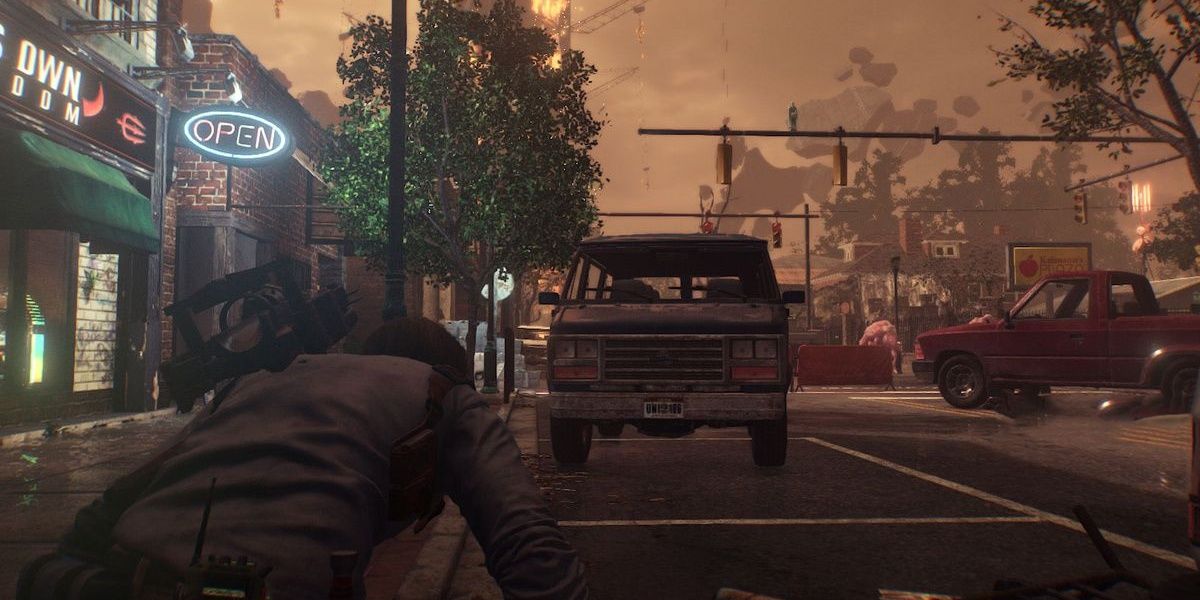 Although The Evil Within 2 is a bit more action-packed than its predecessor, you can still have major success by sticking to the shadows. The Low Profile upgrade lessens the noise Castellanos’s footsteps produce, making it harder for enemies to detect you. The initial cost to unlock Low Profile is 1,500 Green Gel.

By upgrading Low Profile further, it continues to reduce the noise he makes walking around. The second upgrade costs 3,500 Green Gel and the final upgrade is 7,000. Depending on your style of play will influence whether or not you’d want to max out this ability, but at the very least unlocking the base Low Profile will contribute to making Castellanos a well-rounded survivor. 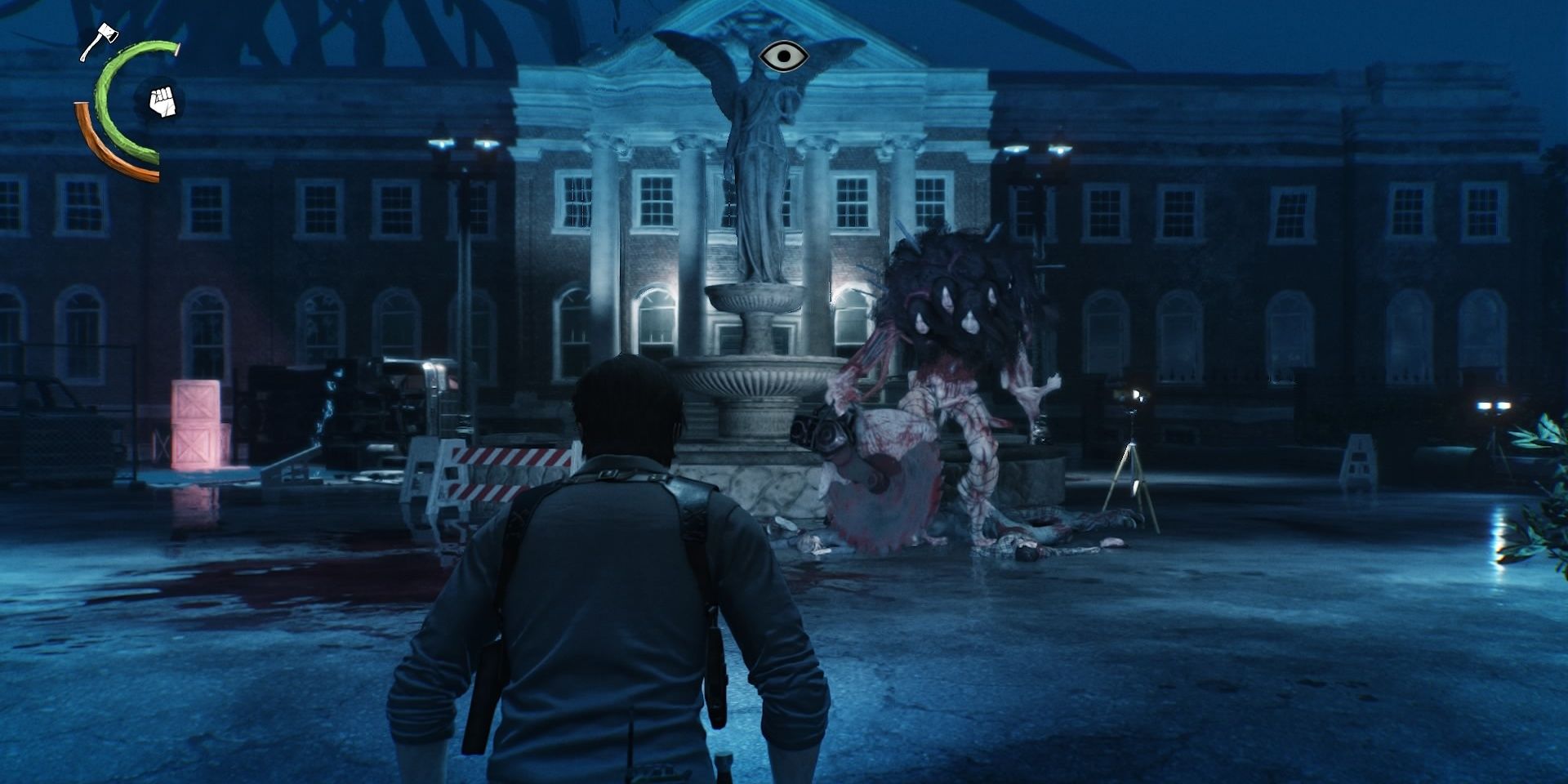 Given that this is a horror game, there are going to be times when enemies catch you by surprise. Unlocking Reflexes will allow Castellanos to automatically evade an attack that would have damaged you, though certain attacks cannot be avoided by this ability. The initial cost of Reflexes is 5,000 Green Gel and it will increase his ability to automatically dodge an attack to 20 percent.

Despite being a useful ability to unlock, further increasing Reflexes is, quite frankly, a waste of resources. The second-tier upgrade costs a whopping 10,000 Green Gel for only a ten percent increase. Unless you have an excess amount of Green Gel burning a hole in your inventory, it’s not worth increasing his dodge percent from 20 to 30. 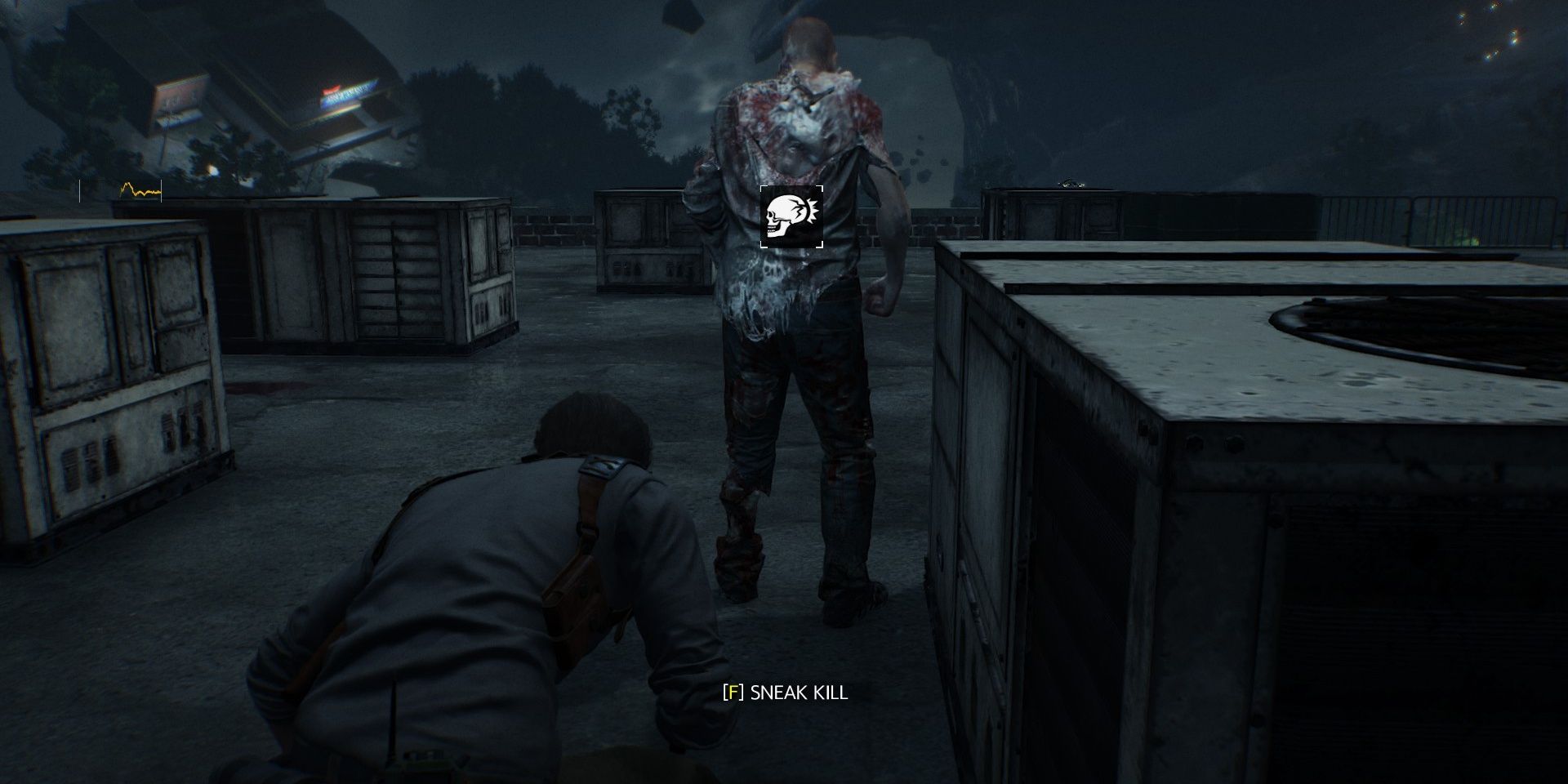 While Ambush and Predator are two separate abilities, they’re extremely effective when used together. For a measly 3,000 Green Gel, Ambush allows Castellanos to perform sneak kills from around corners while he is in cover. It’s tempting to blast your way through The Evil Within 2, but maintaining a low profile will make things easier in the long rung.

Now, when you couple Ambush with Predator, Castellanos will be stealth killing like an assassin. Under a bit heftier price tag of 12,000 Green Gel, Predator lets Castellanos quickly close in on enemies to perform sneak kills. There’s a small window to execute these silent takedowns and Predator will expand it, allowing for more quiet eliminations. 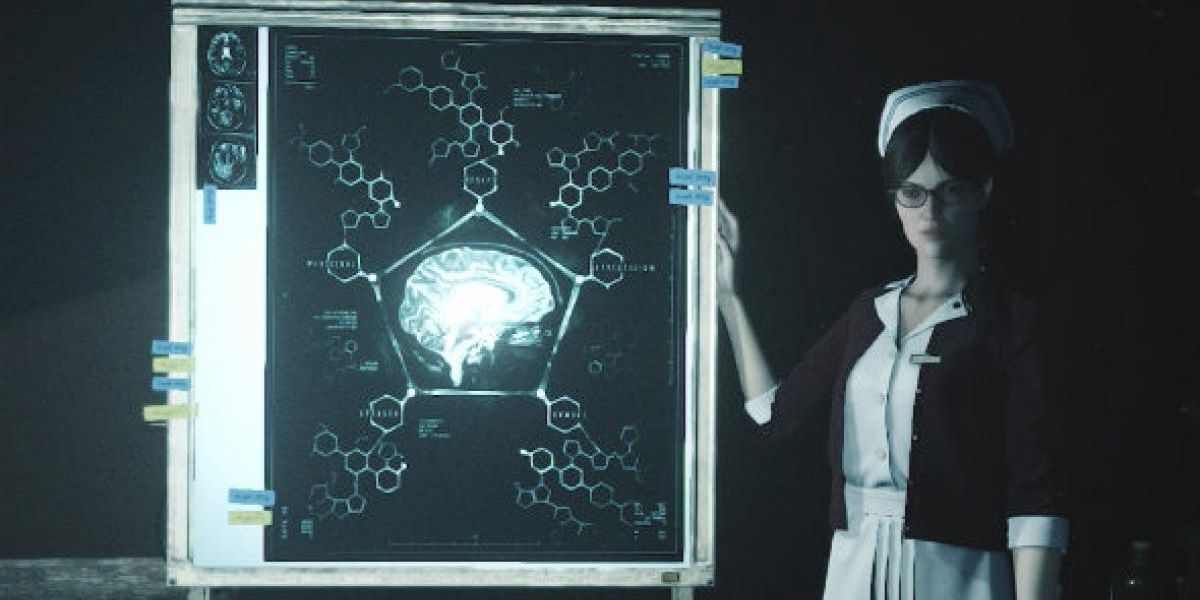 The ability allows Castellanos to slow down time and concentrate while aiming. Synaptic Focus will consume stamina while it’s activated, so prioritizing Endurance will lengthen your ability to use Synaptic Focus. You do have the ability to cancel the effect to conserve stamina, and there are no upgradeable tiers associated with Synaptic Focus. 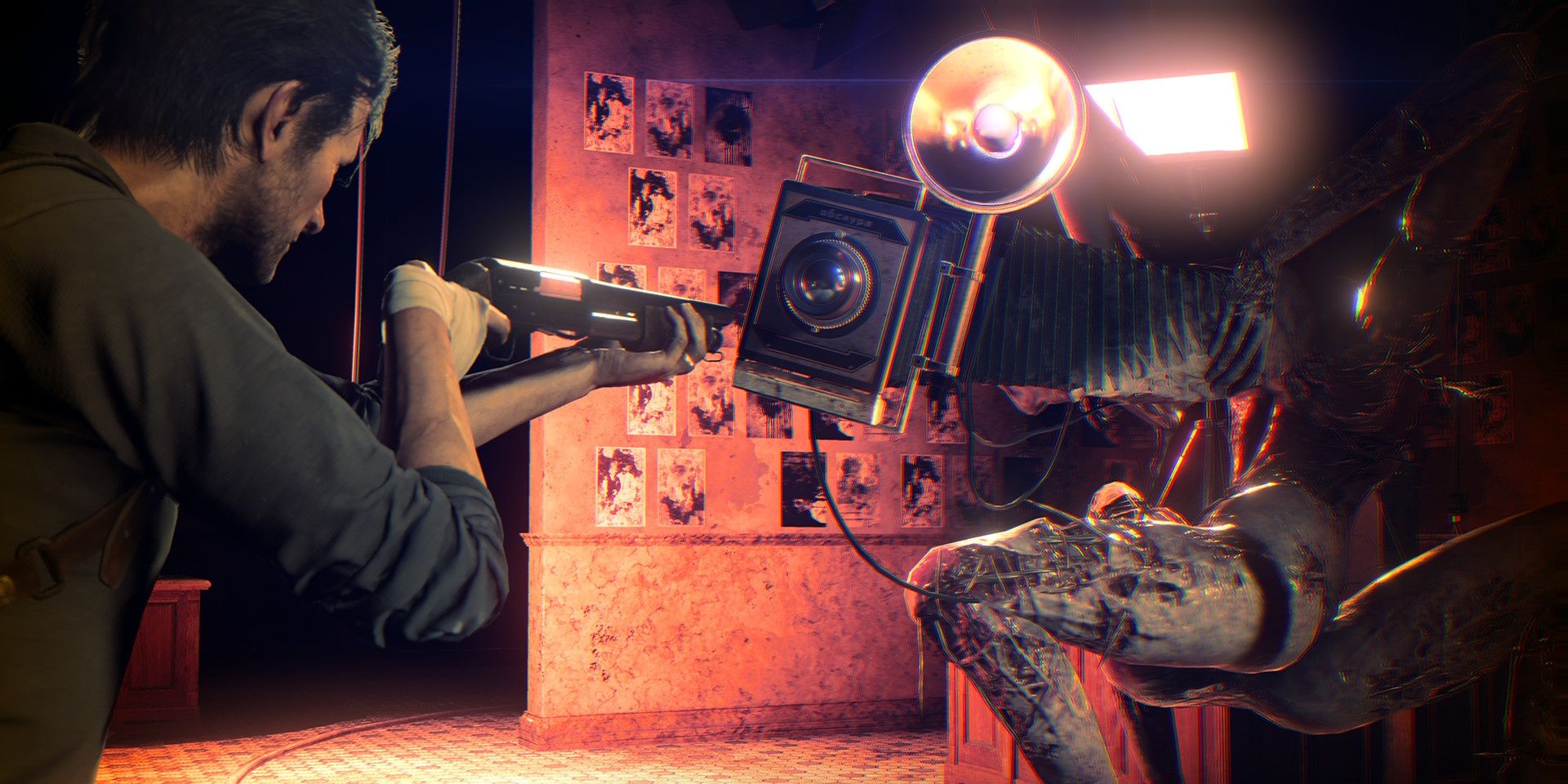 With an emphasis on offensive weapons, reducing recoil is a top priority in The Evil Within 2. Firing Stance has two tiers with the first being an initial cost of 3,000 Green Gel. By unlocking the base of Firing Stance, Castellanos will experience slightly less kickback when firing weapons.

Firing Stance can be upgraded for an additional 3,000 Green Gel, for a grand total of 6,000 to max out the ability. The second tier of Firing Stance will reduce even more kickback from firing weapons, which will lead to the detective being far more accurate in the game. 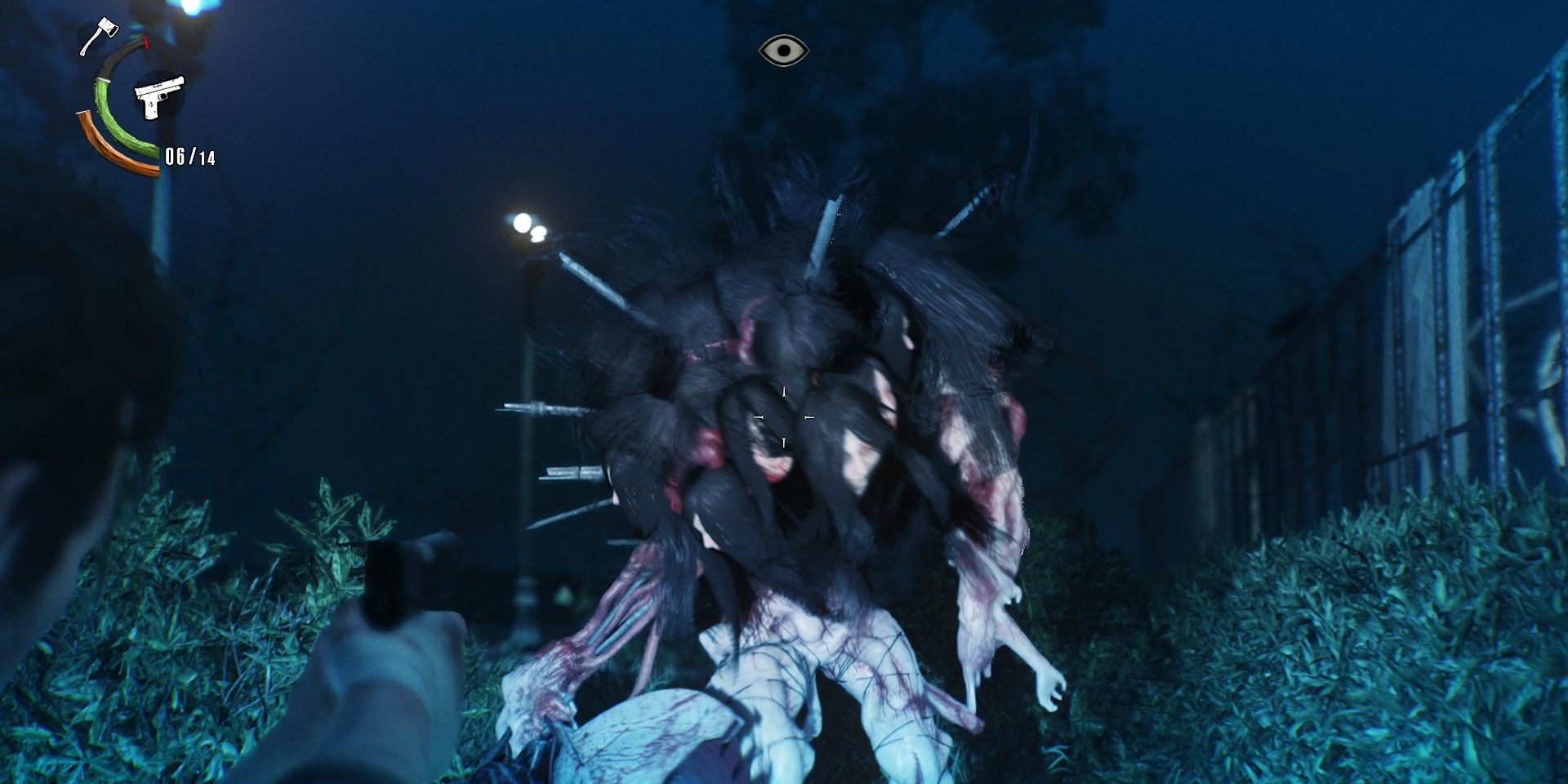 Most shooters tend to add reticle sway to embody a bit of realism into the experience. People don’t tend to stand or hold something level completely still, so general reticle sway while aiming is to be expected. Steady Hands will limit the amount of sway a gun may have while aiming for the inexpensive price of 1,000 Green Gel.

Steady Hands can be upgraded two more times for 3,000 and 7,500 Green Gel to greatly reduce reticle sway while aiming and firing weapons. Maxing out Steady Hands, along with Firing Stance, is a surefire way to maximize Castellanos’s efficiency throughout the game. 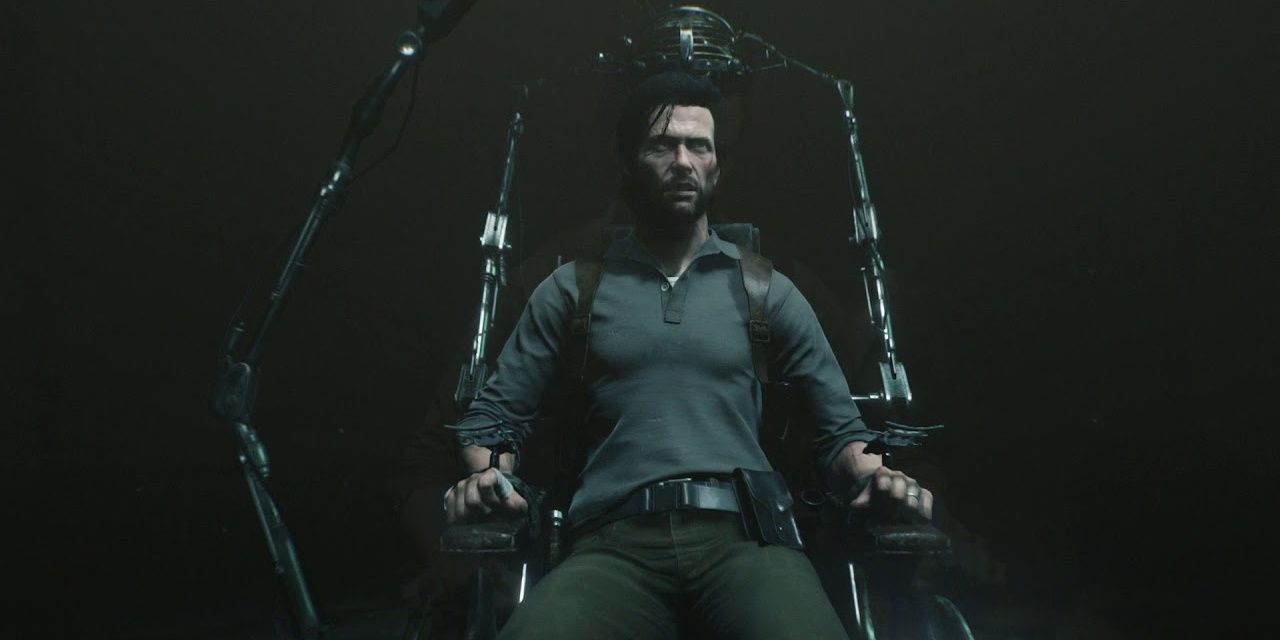 For only 1,500 Green Gel, you can unlock Toughness, which will increase the detective’s Life from 100 to 125 percent. There are four total tiers for the Toughness ability, increasing Castellanos Life by 25 percent each time until it’s maxed out at 200 percent. Staying alive is the ultimate goal of any game and The Evil Within 2 is no different, which makes Toughness the best ability to upgrade in the game.