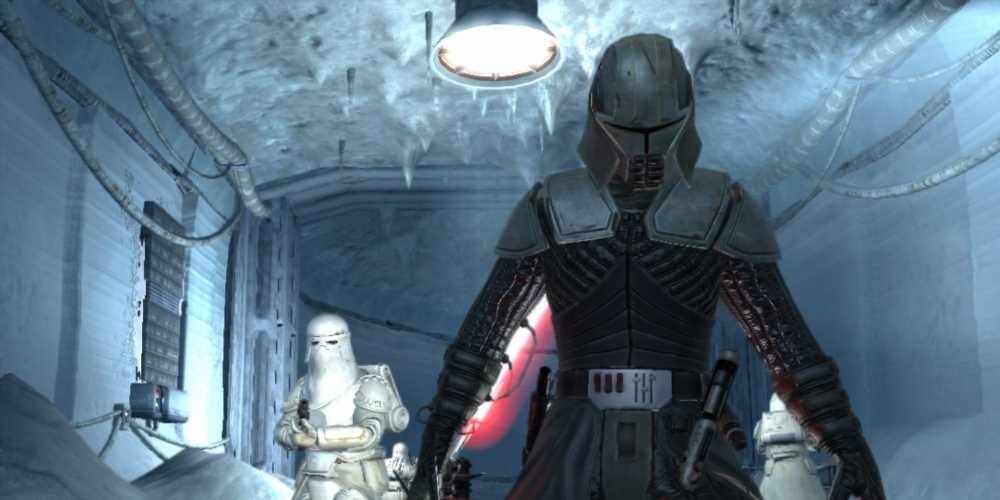 Star Wars: The Force Unleashed is making its players dizzy on Xbox Series X thanks to its intense motion blur.

One of the best parts about playing on Xbox is its massive library of backwards compatible games, many of which have been upgraded to run better on the newer hardware. However, it's not always such a simple upgrade, and there are times when a game is actually worse off thanks to the improvements.

As reported by Pure Xbox, this is exactly what seems to have happened with the Xbox Series X version of Star Wars: The Force Unleashed. Reddit tocarloswebos shared a gameplay clip on the Xbox subreddit, saying, "What is this enhanced game? I literally can't play because this got me all dizzy. I tried everything but the game doesn't improve. And I can't get a refund bc I surpassed the limit refunding".

The gameplay clip shows the game's first level where you play as Darth Vader on Kashykk. The game's intense motion blur makes everything around very hard to see and turning the camera only makes things worse. Couple this with the fast lightsaber swings and it's a bit of a mess.

The original poster isn't the only one having this issue either, as other Reddit users flocked to share similar problems with games, including both The Force Unleashed and The Darkness, interestingly. One Reddit user said, "I had the same experience in the past week. Very pissed at the motion blurring going on. It’s dizzying for sure".

Thankfully, the issue seems to have been identified and fixed now. One Reddit user suggested turning off the Variable Refresh Rate and Auto-Low Latency and then restarting, which the original poster did and it apparently fixed the issue.

Although the motion blur seems to have been fixed now, it's an interesting look behind the scenes at how Xbox goes about improving older games for backwards compatibility. Clearly, it doesn't always work, but it's interesting to see nonetheless.