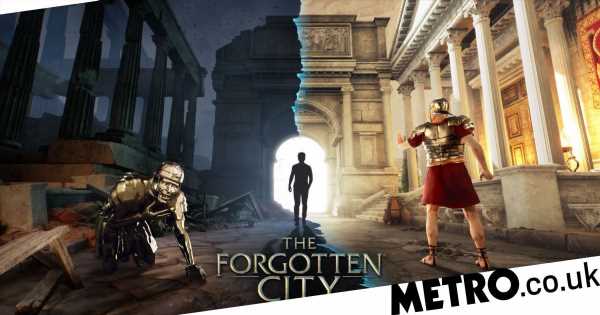 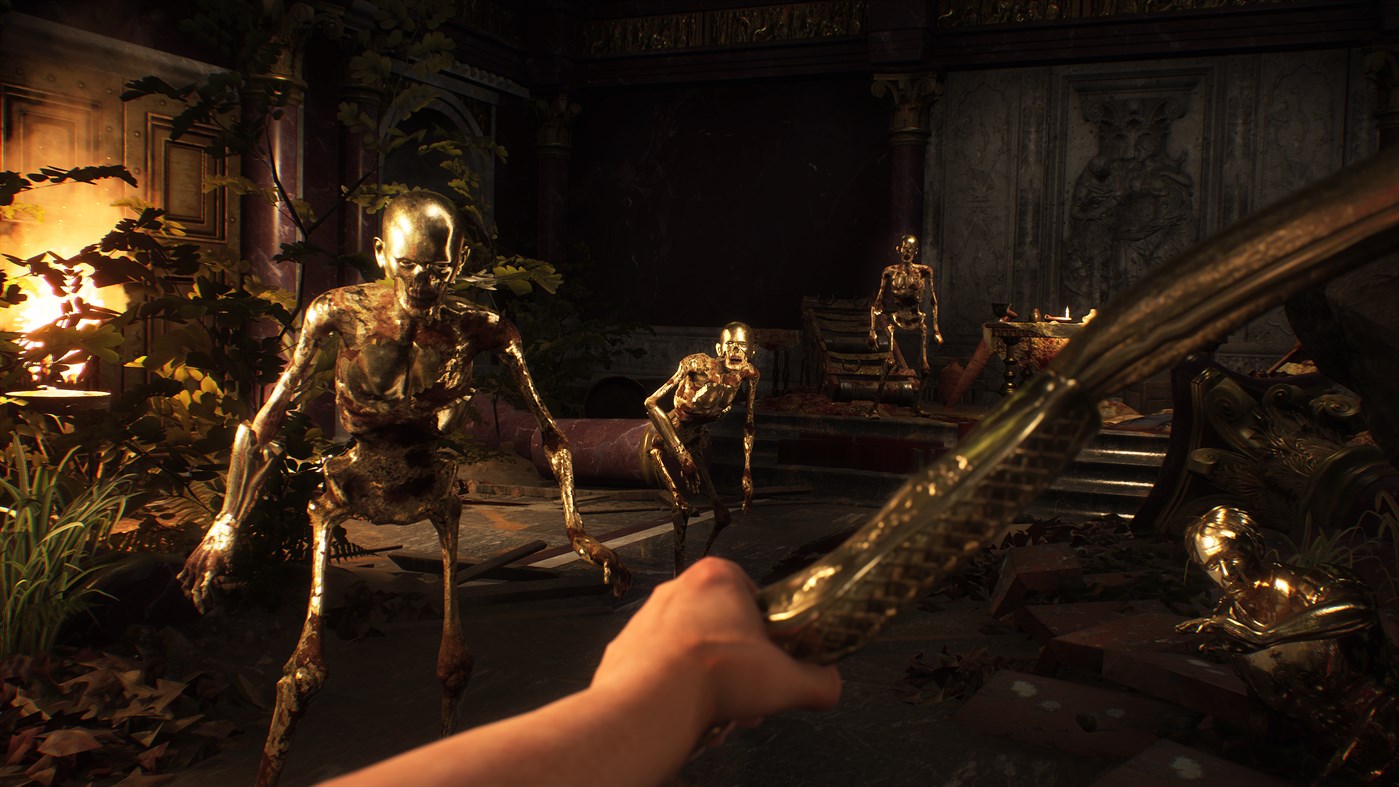 What once was a mere mod for Skyrim has been transformed into a standalone title that is one of the best story-based games of recent years.

When you first discover that The Forgotten City started out as a mod for Skyrim it doesn’t necessarily fill you with confidence, even when you find out it’s been downloaded 3 million times. But this new, standalone version of the game has nothing to do with The Elder Scrolls 5 in terms of either setting or gameplay. The Forgotten City is an entirely separate experience, that originally used Skyrim merely as a shortcut for the indie developers to create something completely unique.

The Forgotten City doesn’t easily fit into any genre, but it has elements of visual novels and walking simulators, while being far more dynamic and interactive than either. Combat is only a tiny part of the game, which instead focuses on a time-travelling plot that bares comparison to the likes of Zelda: Majora’s Mask and The Sexy Brutale, while still having few similarities in terms of actual gameplay.

The set-up to The Forgotten City is certainly an unusual one, as you wake after having being found drifting on the river Tiber in Italy. Who you are is determined in large part by the answers you give to your equally mysterious rescuer, who asks you to look out for her friend who has disappeared while investigating some nearby ruins. It soon becomes clear why, as you discover the titular forgotten city and are suddenly thrown back thousands of years in time.

The story behind The Forgotten City is peculiarly specific (the Roman setting is a replacement for the Dwemer ruins from the original mod) but one of the great achievements of the game is how you barely ever question just how strange the setting and concept is. Once you arrive in the city you discover that it is inhabited by only a few dozen people, who are under the protection of the gods but only if they stick to the ‘Golden Rule’ and do not commit a sin.

If anyone does commit a sin, for any reason, everyone is then punished the same and instantly turned into golden statues. As you learn the backgrounds of the various characters it becomes clear that this is an ironic punishment, based on their past, and the city is already littered with the statues of previous inhabitants – who it seems only you can hear whispering to you.

What constitutes a sin is not clear to anyone and while tricking someone into indentured slavery is seemingly allowed a simple case of petty thievery, even if it’s to help someone else, is instantly punished. Everyone assumes murder is a big no-no but there are few other misdeeds which everyone agrees are wrong, with the game consequently offering an interesting treatise on what constitutes immoral behaviour.

If the Golden Rule is triggered then you’re given a few minutes to race back to the portal you entered from and restart the time loop, except you get to keep any physical objects and knowledge you’ve gained. So, for example, if you want to get an impossible-to-afford poison antidote, to prevent someone from dying, then just nab it and make for the portal before you get turned into gold.

In a different vein, one of the first problems you encounter is someone about to throw themselves off a cliff. At first you don’t know enough about them to talk them out of it and everything you try fails. However, you discover enough personal details in your initial conversation that when you come back you have a much better chance of stopping them.

Given the game’s narrative focus we were worried we were going to spend a lot of time listening to interminable swathes of turgid dialogue, spouted by potato-faced Bethesda people. Neither of these fears were justified though, as while The Forgotten City is clearly a low budget endeavour it looks a lot better than Skyrim ever did, with superior facial animation to anything Bethesda Game Studios have ever managed. (If the game does have a graphical failing it’s the awkward way in which moving up or down stairs is handled.)

It’s far from state of the art, and naturally some characters look better than others, but overall the visuals are surprisingly impressive. More importantly, the dialogue is not only very good but it’s very economically written, which is very much appreciated. Unlike so many AAA games, whose scripters write as if they’re being paid by the word, The Forgotten City doesn’t overindulge itself, no doubt in part because it realises you may have heard everything before.

The voice-acting is also surprisingly good. Again, there’s a few weak links, but given how many characters there are the quality is admirable. Once again you see indie developers not only matching the work of vastly more expensive titles but doing so within the context of a much more original and ambitious game.

The Forgotten City has multiple endings and is entirely non-linear but rather than just leaving you to flail in the wind it has some surprisingly helpful quality of life features. It never tells you what to do but every time a character makes a request of you, you have the option to instantly track that quest and add a waypoint. You can switch between what quest is being tracked whenever you want, so while most players will quickly commit the layout of the city to memory that’s not a requirement.

When you return through the time loop portal you can also give instructions to a different character to carry out previously completed quests on your behalf, so you don’t have to do everything again yourself, and there’s a handy option to just press a button and have the game automatically follow whatever character is in front of you. There’s even a photo mode.

Knowing that the game was originally a mod creates the assumption that it is going to lack polish and will be restrained by the limits of its parent game, but that’s absolutely not the case. And not just because this is a separate standalone release, with new content and story threads. But as impressive as The Forgotten City is in terms of game design and visuals it’s the script that impresses the most, not just in terms of the quality of the writing but the subject matter it deals with.

Despite the abstract setting The Forgotten City’s portrayal of ordinary people in extraordinary circumstances is hugely compelling, as you, and they, wrestle with the moral implications of every decision. The golden rule states that ‘The many shall suffer for the sins of the one’ but does that necessarily mean that the needs of the many outweigh the needs of the few? That’s a decision you have to make as a player, as is working with morally repugnant people for the greater good. Or even allowing bad things to happen to good people if it will aid the majority.

The way the citizens, who have been in the city for years, have found ways to circumvent the rules is very believable, and even though there’s so few of them that doesn’t stop most from bullying each other and tricking them into doing things against their own best interests.

The story plays out almost like an Ancient Roman take on Lord of the Flies. Whether the game portrays a pessimistic or optimistic view of humanity though is down to you, and that’s what makes it such a compelling adventure. The developers aren’t forcing their views on you, they’re creating an environment in which your actions are the biggest influence on how the story plays out.

Despite having originally been a mod for a 10-year-old action role-player, The Forgotten City is easily one of the best narrative driven games of the modern era. Not only because of how cleverly it’s constructed, and how well written it is, but because it has something to say. And, unlike so many story-based games, it says it through you, not at you.