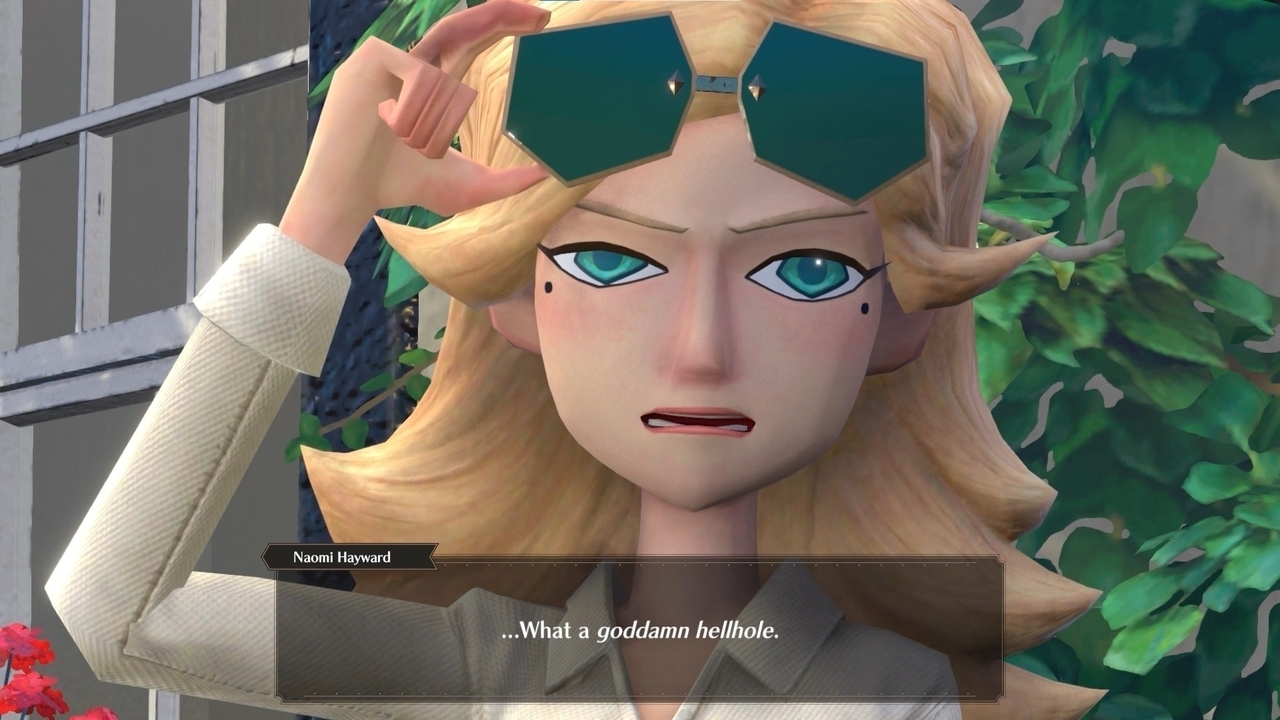 The creator of Deadly Premonition returns with a bizarre tale of animal transmogrification set in an open world recreation of Lancashire.

Deadly Premonition holds the Guinness World Record for the most critically polarising survival horror game. That’s a pretty silly record but it’s a reminder that when the game was originally released, in 2010, it was not universally appreciated. It’s easy to understand why given what a shambles it was on a technical level, with terrible graphics and controls. However, it was also one of the most ambitious interactive narratives of the Xbox 360 era and its weird characters and Twin Peaks influence felt perfectly in step with the janky presentation.

How much of that was accidental and how much by design has always been unclear but we remember interviewing Hidetaka ‘SWERY’ Suehiro after the launch and finding out how much the initial 2/10 review from IGN had upset him. Other reviews, including our own, were much more positive and yet now, sadly, we find ourselves taking the opposite position when it comes to this, his latest game.

The Good Life shares much in common with Deadly Premonition, with a large open world map, quirky characters, and a supernatural theme. Given how bad Deadly Premonition 2 was at launch it’s no surprise to find the game’s also a complete mess in terms of graphics and gameplay. Unfortunately though, this time the story and characters cannot save it.

The Good Life was initially inspired by SWERY’s visit to the UK publisher of Deadly Premonition, who are based in Hertfordshire. The game itself though is set in the Greater Manchester countryside, in the fictional town of Rainy Woods (a reference to the proto-version of Deadly Premonition) and encompassing the non-fictional Eccles.

You play as New York photojournalist Naomi Hayward, who is massively in debt and takes a job to uncover the secrets of Rainy Woods, which is described as the ‘happiest town in the world’. She quickly discovers that part of the secret involves the populace transforming into either dogs or cats at night, an ability she almost immediately gains and is able to use whenever she wants.

Rather than promoting this fact to the world, which would surely solve her money problems, she then delves deeper into the history of the town, as the plot begins to encompass Arthurian legend, Nerlock Homeless – the world’s second best private detective, and local legends about vampires and knights that use sheep as steeds (or shteeds as the game has it).

That all sounds appropriately SWERY-esque but the unfortunate truth is that none of it is any fun. The script has none of the colour or ambition of Deadly Premonition, with very little voice acting and generally only short snippets of disappointingly weak dialogue. The game frequently breaks the fourth wall to mock the conventions of gaming but having to constantly go out on mindless fetch quests does not get a free pass simply because you acknowledged how inane it is beforehand – a mistake many a badly written video game makes.

Some of the characters are quite amusing, like the roaming butler who is clearly a sheep and an egotistical novelist, but they’re still very superficial and while Naomi is a fairly sympathetic protagonist she still struggles to pass as anything more than one-dimensional.

How much SWERY knows about the UK is open to debate as while there are references to things like Marmite and Bruce Forsythe catchphrases, most of the details just sound like something he read on Wikipedia and didn’t quite get the gist of – similar to his obsession with Boston in D4: Dark Dreams Don’t Die. The unlikely mix of regional accents is an immediate red flag but the only thing we got annoyed with is that a lack of free health care is a major gameplay feature (emergency treatment for visitors is still free on the NHS).

The contrast between Naomi and the villagers is never played up properly and nobody feels like a proper character, especially given how dire the graphics are. Although Naomi’s slightly better, in that she has a few different facial expressions, everyone else looks like they’ve escaped from a N64 game, as they constantly cycle the same few seconds of animation while looking like a badly drawn Viz character.

The graphics for the open world are no better, as while it’s tempting to describe them as more PlayStation 2 in quality the frame rate is so terrible the experience of simply walking down a road can frequently be reduced to a slide show. You can appreciate SWERY didn’t have the biggest of budgets, with the game having to rely on crowdfunding, but he should have understood before he started that he didn’t have the money or technical expertise to create what is actually quite a large open world game.

Although the visuals are shockingly poor the real problem with the game is the gameplay, or rather the absence of it. Despite what you’d imagine from the pre-release marketing, or even the logo, turning into a cat and dog has relatively little to do with anything – especially the dog which was only added in later when people complained at the game being too pro cat. The cat can climb walls and attack smaller animals, but this comes up only rarely in story missions and you forget it’s even an option for long periods of the game.

Most often you’re just performing fetch quests or taking part in races, on sheep or in vehicles, that handle so badly it makes Deadly Premonition’s driving feel like Gran Turismo. A lot of your other time is spent collecting resources, such as growing vegetables or rummaging through bins as a dog, to create buff-enabling food or snapping photos to sell online. None of this requires any skill though and it all just seems like busy work to distract you from the fact that in gameplay terms The Good Life is completely hollow.

There are other one-off mini-games but they’re usually even worse, such as a drinking game where you’re trying to down a pint faster than your opponent and which it’s initially stated is best three out of five. In reality, you have to win all five rounds back-to-back, by completing a balancing game with wonky physics that is incredibly difficult. Unlike almost every other action element in the game it takes around 30 seconds to restart, and you can’t quit out or leave the location, even though there’s the option to take a potion to sober up between rounds – but only if you already have one, which you couldn’t possibly have anticipated.

The sequence sums up everything that’s wrong with the game and reinforces the impression that nobody involved with the game has the slightest clue what they’re doing, which shouldn’t be possible given how long SWERY has been in the business. The game looks and plays like an abandoned project from a first year computer science student and it’s hard to imagine that any attempt was made at playtesting it before launch.

Deadly Premonition 2 was similarly bad but at least it had some fun dialogue and characters. The Good Life feels like it’s waiting for a patch to add that in later, along with the functional graphics and proper controls. We also couldn’t help but think of Everybody’s Gone To The Rapture, another narrative based game with a similar setting. It was also the work of a small indie developer, but that had stunningly good graphics and felt like an actual finished product.

Glimpses of SWERY’s janky charm do occasionally shine through – such as Naomi’s first encounter with a badger and Nerlock Homeless’ parrot – but they’re drops of water in a desert of bad game design, broken gameplay, and missed opportunity. The Good Life is a bad game and, unlike Deadly Premonition, we don’t think it’s going to polarise opinion at all.

In Short: A hugely disappointing mess of a game that magnifies all of SWERY’s worst tendencies and fails to compensate in terms of the unengaging characters and script.

Pros: There is a certain amount of absurdist charm to the whole concept and it’s nice to see a game set in the UK that isn’t based only in London.