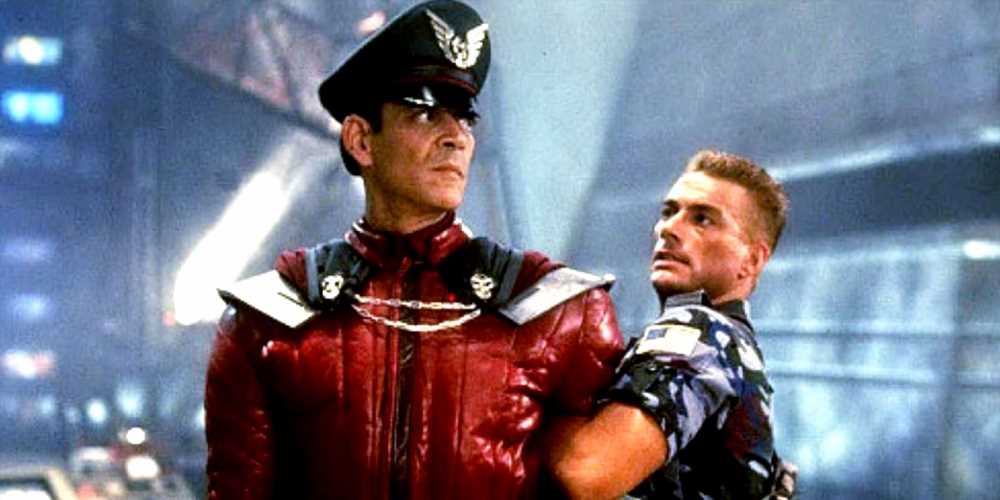 Street Fighter, the 1994 classic starring Jean-Claude Van Damme as Guile and everyone else only loosely based on the video game source material, is now available to watch for free on the streaming platform Tubi.

To start, you probably haven’t heard of Tubi. It’s basically Netflix, but it was doing the whole "ad-supported" thing before it was cool. Plus, Tubi doesn’t limit your selection based on some sort of subscription tier, unlike a certain streaming service that I’ve already mentioned and don’t care to repeat.

So we’re going to focus on the fact that Street Fighter is perhaps one of the best video game adaptations ever made. I’m sorry, did I say the best? I meant the worst. It’s sitting at 11 percent on Rotten Tomatoes, which puts it even lower down the list than the ‘90s Mario film.

That’s not to say the 1994 Street Fighter film was entirely irredeemable. Raul Julia's final performance as M. Bison was the dramatic capstone to an already deliciously campy movie, and Ming-Na Wen was a phenomenal Chun-Li.

However, that's kind of where things start to fall apart for Street Fighter. Capcom insisted on getting Jean-Claude Van Damme as Guile, but Van Damme couldn't grow out the enormous flat-top that Guile is known for. Ryu and Ken are cage-match con artists rather than honorable martial arts rivals, and Dhalsim is a scientist rather than a world-renowned yoga practitioner. Oh, and the whole thing is about drugs and the kidnappings of UN relief workers in Southeast Asia rather than a worldwide fighting tournament.

Although the film was surprisingly successful commercially, it wasn't a hit with fans of the Street Fighter games, and it was even less of a hit with critics. But if you just ignore the fact that everyone sort of looks a bit like Street Fighter characters and consider the movie a generic action film from the early '90s, then you'll probably enjoy the 100 minutes you spend watching it. But that's only if you live in the US as Tubi isn't airing Street Fighter anywhere else.