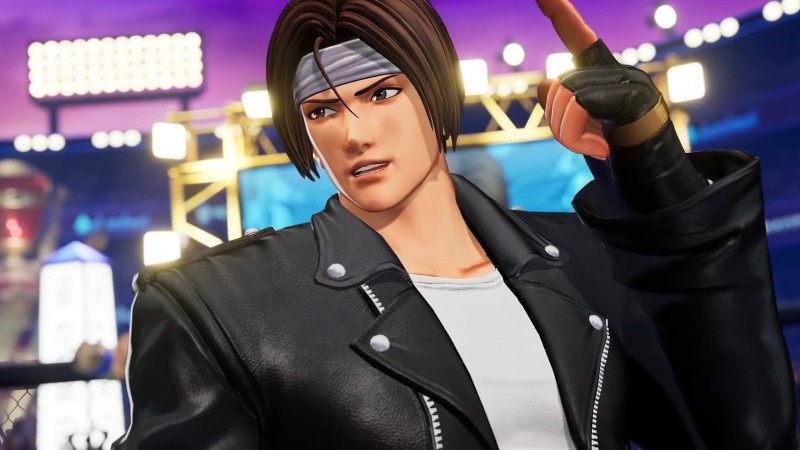 SNK’s comprehensive fighting game King of Fighters XV kicked off the Opening Night Live preshow with a spirited trailer full of new information. New characters have been revealed, and so was the structure of team battles. SNK even dropped the anticipated release date, which isn’t far off!

Trailers for KOF15 have been telling players how it looks to “shatter all expectations,” and while my expectations are firmly intact still, what was shown today was still exciting. The boisterous announcer boasted that the ”new visuals and gameplay systems deliver a new level of speed and excitement,” and  the new title sports “the most comprehensive battle system in KOF history.” This entry in the long-running fighting game franchise is going to feature 39 characters at launch from all across SNK’s fighting game series. All of the KOF series protagonists have been brought back for the tourney. That includes K’ and Ash Crimson, who have not been revealed in-game before today.

Matches will play out in traditional KOF 3-on-3 team battles, and while fighters are grouped into premade teams on the character select screen, you can freely mix and match your teams. The footage gave us our first look at the match UI, which confirms the existence of a guard gauge mechanic and a multi-level power meter. An extended trailer, which you can watch above, confirms the inclusion of rollback net code for online matches and includes even more details and mechanics fighting game enthusiasts will dissect. I look forward to seeing what they notice that I couldn’t fathom.

The King of Fighters XV is slated for a release on February 22, 2022 (a date I’m surprised more games haven’t taken!) for PlayStation 5, Xbox Series X/S, PlayStation 4, and PC.