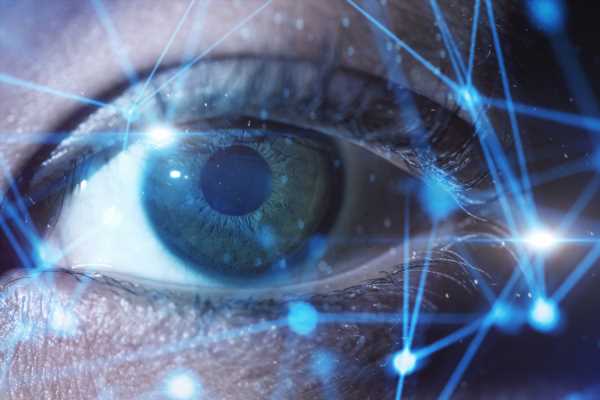 A new GamesBeat event is around the corner! Learn more about what comes next.

Much has been said about the metaverse recently, thanks to Mark Zuckerberg’s announcement that Facebook would be evolving into a “metaverse” company. The ensuing commentaries have been numerous, with many imagining a world parallel to the real world, existing with one identity and shape, one set of rules.

That’s akin to suggesting that AOL is the internet. In reality, the internet has myriad places, identities, and purposes, appearing on an equally wide range of interfaces. It is a backbone technology, and the experiences it enables are infinite and chaotic. The only consistency is you, the human traversing it.

Therefore many of the current portrayals of the metaverse are too narrow. Zuckerberg’s description of the metaverse as “people meeting in digital spaces” is close to that of Neal Stephenson’s 1992 novel Snow Crash, where the term was first coined. But the term has since grown to mean something far more expansive.

The meta in metaverse refers to a universe built out of pure data. In 1992, it was natural to think that a virtual reality was the only way such a thing could exist, so in Snow Crash characters walked around with optical media. The idea of 5G carrying 20 gigabytes per second over the air wasn’t even comprehended yet.

Likewise, the idea that the data pool is entirely Facebook’s property and something that you must immerse in as a lifestyle choice is a natural world view for Facebook.

But the metaverse won’t be realized in a closed-garden VR space. Instead it will emerge as our digital lifestyles begin to join us in the physical world. As one-time Magic Leaper and metaverse philosopher Brian Schwab wrote on LinkedIn earlier this week, “The ‘Metaverse’ is not a place, some escapist fantasy land like in movies. It’s not a dystopian landscape of people locked in their houses. In many ways it’s the opposite of that.” It is the opposite partly because it is expressing itself as a series of backbone technologies that accessorize the internet, like a URL or IP address, rather than a proprietary immersive experience. From a designer’s point of view, the resulting outcome of this new backbone is not a killer app or singular experience but the next pattern of computing.

Placefulness as a computing metaphor

There will come a time soon where you will tell someone “The presentation is on my desk” and that will mean two things. First, through mixed or augmented reality technologies, the presentation can literally be on your desk — not trapped in a screen but literally floating on your desk. This enables an ease of locating the file, object, image or link, providing an organizing metaphor that matches the geographic nature of the human mind. The mental pathway to finding you and then your office and then your desk is a natural and shorter path than locating you on Google Drive and following arbitrary breadcrumbs of folder names.

In the same way Windows helped users understand computers by using the metaphor of the office place (desktops, files, folders), the metaverse will allow use physical spaces (landscapes, objects, layers, prisms) as a metaphor. This new metaphor will make it easier for users to communicate about and understand computing with ubiquity and with reduced friction.

The vision of this pattern is not one of immersion but one in which computing will merge into our environment and exist around us with a kind of human-amplifying ubiquity. Interfaces will be worn (wearable mobile computers) not carried (handheld mobile computers) and will be spoken to or manipulated with motion and gestures. And they will increasingly appear on surfaces rather than behind screens, either by mixed reality, augmented reality, or projected onto surfaces using Interactive Light.

This pattern of computing removes the final frictions that remain in our current methods of immersive handheld and laptop computing. It will celebrate the hands-free mobility of the user rather than the inward distraction of a device. It will offer shared interfaces that mark up physical spaces and make us more heads-up and present. This is in stark contrast to the immersive VR view of the metaverse. We already feel like our devices capture too much attention. Why double down?

Yes, we will still be able to access more immersive experiences through the metaverse, in the same way we now access Facebook and the wonderful world of online gaming through the internet and handheld devices. But there will be so much more than that. Unlike the original metaverse vision, we don’t have to swim in the data pool — the data will break free and swim in the air around us.

The emergence of a meta me

The popular metaverse thinking often portrays a common interface, assuming we will all enter as Player One ready to play the same game by the same rules. But what we will see is a myriad of different business models, content types, and classes of experiences. Individuals will orchestrate the interfaces for these into workflows that bring productivity, entertainment, or socialization in the manner they want. The common thread is that all of these applications will amplify the capabilities of the individual users.

If you were to watch the data flow in the modern internet, you would see some of it flowing into a pool like Facebook. But you would see far more flowing in many different directions, creating unique patterns of activity that begin to approximate us as individuals. This kind of hyper-personalization is extending into all parts of our digital lifestyles. The tools are becoming us. In the data is a meta me that is becoming every bit as real as us.

This is a positive for humanity itself. The very devices we use will share our disposition on sensing the environment around us, amplifying us.

The metaverse has dystopian connotations because we live in an age where technology doesn’t always promote a betterment of the human condition. We are sensing a competition here and rightfully so. We don’t want to enter the machine. We want it to meet us on our terms.

We want technology in service of humanity. Privacy as a virtue. Amplification not emulation. Presence not escapism. And authenticity over influence.

Perhaps that is why there is such a strong reaction to Zuckerberg’s co-opting of the term metaverse. Because Facebook hasn’t lived up to these goals. And many of us want more out of the future interface between humans and technology.

Jared Ficklin is Chief Creative Technologist of product design company Argodesign, with two decades of experience creating products and visions for major companies. For his previous work integrating technology into the design process at Frog Design, Jared was named one of 4 Frog fellows. He has contributed to the visions, strategy, intellectual property, and products of clients including HP, Microsoft, AT&T, LG, SanDisk, Motorola, CognitiveScale, and Magic Leap.

Mark Rolston is Founder and Chief Creative Officer of Argodesign. He was previously Chief Creative Officer of Frog Design and one of the earliest design pioneers in software, helping forge the disciplines around user interface design and mobile platforms. He has worked with the world’s leading companies — Disney, Magic Leap, Dreamworks, Salesforce, GE, Microsoft, and AT&T. He currently serves as advisor to the Responsible AI Institute (RAI), working to define responsible AI with practical tools and expert guidance.