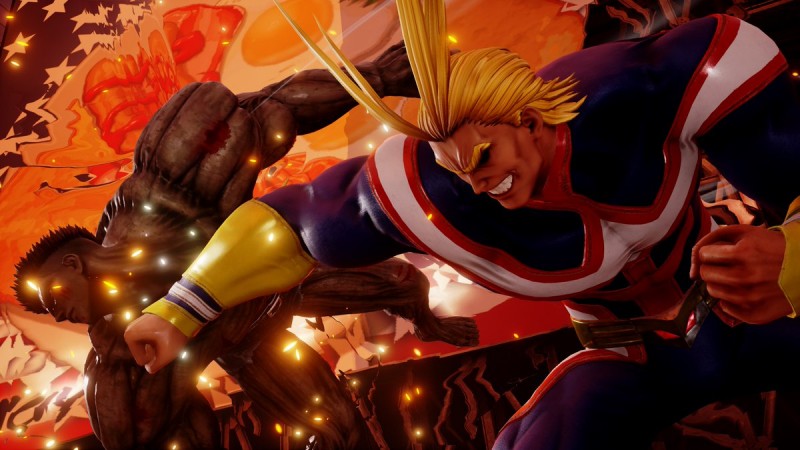 Jump Force’s DLC is still coming fast and furious. We got the announcement of Seto Kaiba, Yugi Moto’s rival and overall jerk, just a few weeks ago. Now Bandai Namco has revealed the second DLC character, My Hero Academia’s All Might, the world’s number one superhero.

“It’s fine now. Why? Because I am here!” All Might will soon join JUMP FORCE!

Get ready to Unite to Fight with him to defend Earth. Order the Character Pass today: https://t.co/tpmTsX45av pic.twitter.com/pnNN9ysRZ8

A few months ago, a Jump Force season pass leak was supposedly datamined and released onto the internet. The leak included announced characters like Seto Kaiba and All Might, but also had names like Grimmjow, Trafalagar Law, Madara Uchiha, and more. It seems more and more likely that the leaked list is turning out to be true.

Jump Force is available now on PlayStation 4, Xbox One, and PC.