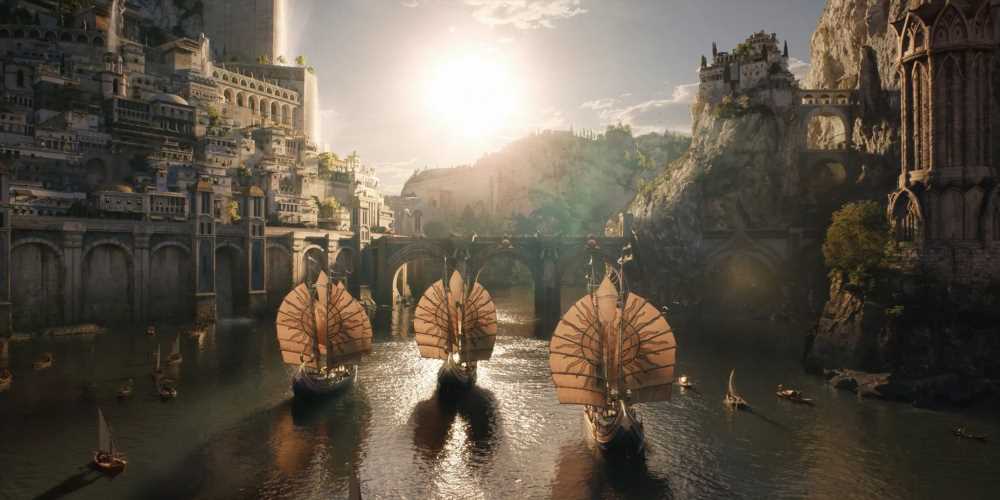 Amazon’s Lord of the Rings: The Rings of Power is the studio’s most ambitious project yet. It had the biggest premiere in Prime Video’s history, attracting over 25 million viewers globally within the first 24 hours. The showrunners have left no stone unturned to ensure that the series is in line with Tolkien’s vision. While the show manages to live up to that, there is a beautiful Tolkien reference that you might’ve missed in the series’ title sequence.

Spotted by Twitter user Alexander King, he mentioned how the title sequence of the show directly connects to the origins of Tolkien’s universe, which is called Eä. He notices that the shapes formed by the sand during the opening sequence are organic and appear when the surface it is on resonates at a particular frequency. This phenomenon is called cymatics, which basically makes sound visible. However, there is more to this than meets the eye. In the early chapters of The Silmarillion, there is reference to ‘Music of the Ainur’, where God in Tolkien’s universe, Eru Ilúvatar, teaches the Ainur the art of music. The deity then allows the Ainur to go to Eä, and build the world as they will. The angelic beings, Ainur, are then believed to have sang the world into existence with their melodies.

Plains of Yonder is the studio behind this title sequence. Anthony Vitagliano, the studio's creative director, responded to King’s tweet and detailed the thought process behind the sequence. The way the sand changes shape symbolizes the way Tolkien’s universe is created through music. A blog published on the studio’s website revealed how the sequence “conjures an ancient and invisible power, struggling to be seen”. It further mentions that more symbolism will be revealed as the show progresses.

Tolkien’s vast and diverse universe makes it difficult for the creators to capture every single aspect of it. It even took the team four to five months to build the set for the city of Númenor. However, the team at Amazon Prime Video has clearly put some thought into ensuring Tolkien’s presence is felt in many aspects of the show.