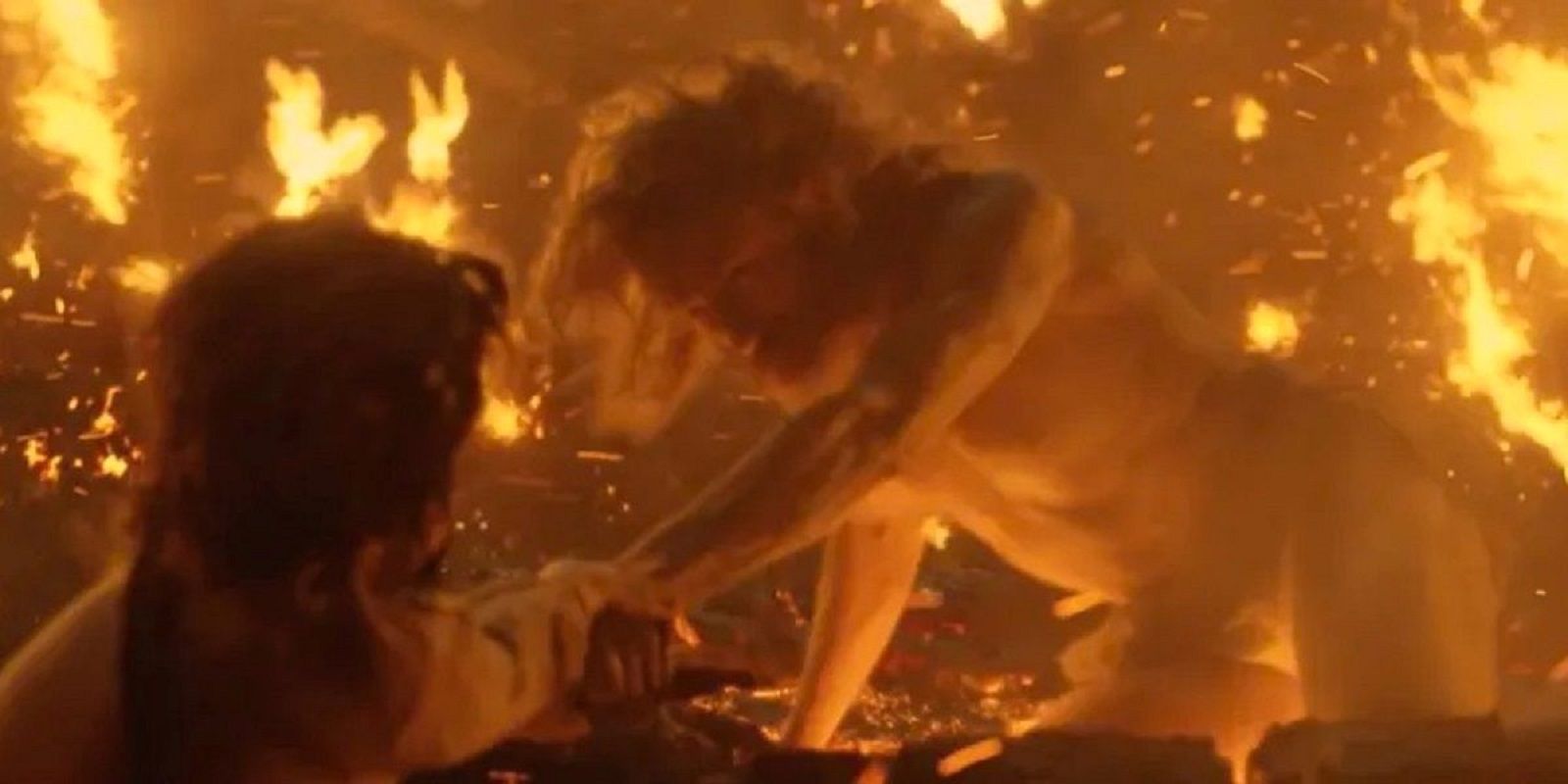 Any fandom will have high expectations of a new adaptation based on their favourite work, and that seems to go double for The Lord of the Rings. I’m more positive than most about the forthcoming Rings of Power TV show, and plan on waiting until I actually see it before passing judgement. Others are not being so charitable.

I don’t mind the fact that Disa, the show’s leading female dwarf, doesn’t have a beard – mostly because Tolkien revised his own thoughts on dwarf women’s facial hair multiple times, eventually writing it out of the canon. The time compression worries me a little, as does the line of Durin, but I’ll give these lore transgressions the benefit of the doubt until I see how it works in the finished article. I love the images we’ve seen of warrior Galadriel, but I hope she’s three dimensional and has more to her than just being a soldier. These are all questions and queries I have about The Rings of Power, things that I’m not sure will work, but we won’t know until we’ve seen it.

According to expert Tolkienists, showrunners JD Payne and Patrick McKay have a deep knowledge of the lore, and are using that to fill in the gaps in Tolkien’s sparse writings on the Second Age. I don’t mind filling in the gaps so long as nothing contradicts what Tolkien wrote, but the figure dubbed ‘Meteor Man’ by fans and officially known as The Stranger felt like an addition too far. Until I found out that he might actually be based on some obscure Middle-earth lore penned by Tolkien himself.

The Adventures of Tom Bombadil is a collection of poetry that Tolkien wrote, intended to be read as Middle-earth legends and songs that have been passed down through generations. The book is complete with a “mock-scholarly preface” and introductions by in-universe critics and characters. One poem in the collection is called The Man in the Moon Came Down Too Soon, and that’s where Meteor Man is mentioned.

The poem builds on the popular legend of the man in the moon, but it’s the sixth stanza that seems particularly prescient for The Stranger in The Rings of Power. Here it is:

“He twinkled his feet, as he thought of the meat,

of pepper, and punch galore;

And he tripped unaware on his slanting stair,

A star in flight, ere Yule one night

flickering down he fell

From his laddery path to a foaming bath

in the windy Bay of Bel.”

The poem is said to be sung by Gondorians, and despite it talking about the man in the moon’s hubris and envy, could have originated from tales of The Stranger falling out of the sky. But how does this work if it’s Harfoots who discover Meteor Man?

For starters, the latest Rings of Power teaser shows everyone watching the meteor fly across the sky. From Elves to Ents (and potentially Entwives?), everyone sees the meteor, so it’s understandable that Men would see it too, despite that not being shown in the teaser. The show has clearly changed the landing spot of Meteor Man from the Bay of Belfalas to somewhere more Harfoot-friendly, but that’s a minor alteration compared to adding a whole new character, as I previously thought it had done. It’s worth noting that the Bay of Belfalas was considerably smaller at the beginning of the Second Age, so the spot where the meteor landed could be in the area of the Third Age Bay. This doesn’t explain the fisherman that brought him to shore, but what do songs and poems do when passed through generations? They get exaggerated and expanded upon as each storyteller adds their own flair to the tale.

One horribly logical problem is that of the rights. The Rings of Power showrunners don’t have the rights to The Adventures of Tom Bombadil. Has this whole article been a waste of time? Yes. I’m joking, there’s a mention of the man in the moon in The Fellowship of the Ring, too. Frodo sings a different poem, apparently written by Bilbo, that describes similar events. The Man in the Moon Stayed Up Too Late is a much sillier poem, where the eponymous man voluntarily leaves the moon in order to have a few pints. He ends up getting rotten on brown ale and having to be rolled away before the sun sees him, but Frodo’s rendition in The Prancing Pony would give the showrunners the rights to this story. From there, they could use their creative license to have him hit Middle-earth by meteor – a reference to another Tolkien work for those in the know, but not necessarily a breach of contract.

Meteor Man may not go to the pub in The Rings of Power, and he may not follow the story of The Man in the Moon Came Down Too Soon either (where he also ends up at an inn, but the wine is not to his satisfaction). Tolkien wrote these tales as folklore, songs passed from generation to generation. Perhaps Lenny Henry’s Harfoots wrote the songs after finding The Stranger, and Gondorians had their own tale too, based on the approximate geography of where they thought the meteor would land. Both were distorted over time, and that’s why we ended up with the drunken tales in The Adventures of Tom Bombadil.

Neither poem gives a hint at who the man in the moon actually is, but that doesn’t matter to their stories. Common presumption in the community is that the poems refer to Tilion, a Maia who guided the moon, but this is never explicitly confirmed by Tolkien. If the showrunners decide that the poems began when Harfoots stumbled upon Sauron’s wretched body, then I’d be more than happy. He may betray the Harfoots and head south to reveal himself as Annatar as The Rings of Power fills in the gaps of the Legendarium. Maybe he won’t, and we’ll be disappointed by the departure from the established lore. We don’t know until we watch it. For me personally, I just hope he ends up in the pub.