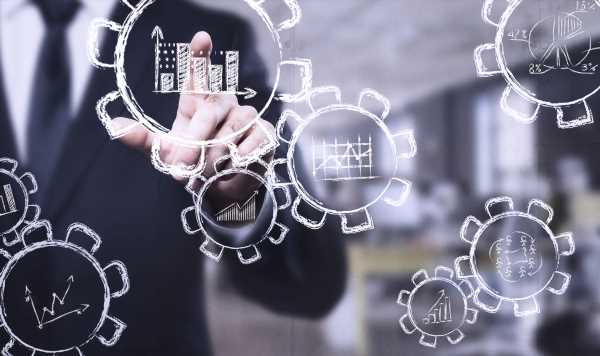 While demand for robotic process automation continues to skyrocket, it is increasingly accompanied by frustration over RPA’s failure to deliver on promised improvements in productivity and cost savings.

As might be expected, there’s plenty of blame to go around for this situation, with industry insiders pointing to everything from a lack of proper RPA governance to organizations selecting the wrong processes to automate. Casting perhaps the largest shadow, however, is the absence of an industry-wide RPA framework that provides a standard way for describing what each process to be automated does in a way that all automation tools can understand.

At present, RPA programs have little choice but to make do with the different ways process automations are described and detailed, with every RPA platform and the complementary tools that occupy different points along the automation value chain speaking a different language.

Look, for example, at the inability of RPA users to open, read, and act on automation files in any RPA platform. Each major RPA vendor has their own proprietary way to detail process automations, which is limited exclusively to those vendor platforms. Without a common design standard for automation that is universally understood by all RPA tools, automation users that might want to switch RPA vendors are left with two choices: start from scratch (which is so costly and time-consuming that it’s usually regarded as a non-starter) or stick with their current vendor, even if they are dissatisfied or have identified an appealing alternative platform.

Being locked into whatever RPA platform is now in use can be even riskier if the current RPA vendor goes out of business. Without something akin to a gold standard for portability, the user could not simply switch to a new automation platform. Instead, they would have no choice but to rebuild each bot from the ground up, which again presents the dual issues of cost and downtime.

The absence of RPA design standards capable of detailing process automations in a universally understood manner is also a major contributor to stalled automation pipelines. Look, for example, at process discovery tools, a key component of any automation toolchain. Without RPA standards that would assure compatibility and interoperability, process discovery tools detail discovered processes in different ways. This leaves RPA users with little choice but to transcribe processes manually before they can ever start to be developed and deployed in target automation platforms. As a result, automations stall, more money has to be spent, and more time is wasted.

Growing awareness of these standardization issues, coupled with the inability of RPA to scale or deliver on anticipated ROI, is causing many companies to rethink additional automation investments. This eventually will lead to a drop-off in market growth. Similarly, improvements to RPA technology will advance at a significantly slower pace without the type of collaboration afforded by industry standards.

To better understand the kind of incredible impact industry standards can have, look at the example provided by the Portable Document Format, or PDF. After the PDF was released as an open standard by Adobe, the ability not only to save a PDF in any word processor, but also to open it in another tool suddenly unlocked a level of portability that previously had been impossible to attain. This, in turn, fueled the transition to the paperless office and digital transformations in businesses worldwide.

RPA design standards could have the same kind of transformative effect on the automation market. At the very least, establishing common standards for RPA would connect data commonalities into a format that all RPA tools can readily understand. By doing this, organizations would be in a significantly better position to migrate digital workforces from one RPA platform to another easily and without the time and cost constraints currently being encountered. Automation users would also be able to rapidly shift from one RPA vendor to another if they found a preferable platform or were unhappy with the returns they were realizing.

Uniform standards would also enable RPA programs to design automated processes once and then run them on any platform they choose. This would empower businesses to accelerate their digital transformations which, in turn, would unlock the entire market and take it to new levels of investment and value capture. And because there would be no need to understand the technical details inherent in any platform, it would serve to separate automation design from implementation and allow RPA software to finally live up to its promise of being so simple to use that a citizen developer could do it.

While a great deal of progress has already been made in unlocking RPA’s true potential, we have only begun to scratch the surface of what automation can be. Establishing a set of universal design standards holds the potential to take the RPA market to the next level. It would make portability, compatibility, and interoperability a part of every RPA deployment, and ultimately generate the kind of sea change that will enable RPA to be truly transformative.

Charles Sword is Chief Revenue Officer at Blueprint Software Systems. He is an expert in emerging technologies, with over 20 years of experience delivering high impact, strategic solutions for Global 2000 organizations.