Collectibles are a generally underrated element of The Sims 4, and other than the Nature aspirations (like Curator, for example) collection-oriented goals and achievements are largely hidden away. Over time, though, collectibles have expanded into larger gameplay elements.

The first pack to do this was Kids Room Stuff, with the addition of Voidcritters, collectible cards, and creatures often compared to Pokemon. Whether you’re a vanilla game player or an experienced mod-user, if you haven’t delved into these collectibles already, Voidcritters are well-worth further exploration.

Voidcritters are collectible creatures that were added with the Kids Room Stuff pack, and as the name of the pack implies, they’re mostly aimed at children. Child Sims can train or battle their Voidcritters in the new Battle Station, but anyone from child to elder can collect cards, which can be found in a variety of ways.

There are a total of 20 Voidcritters across five elemental types: fire, water, earth, air, and void. Elemental types are fun for collector Sims (completing a catalog of a particular element is very satisfying), but certain elemental types are also stronger or weaker against others, which complicates battle dynamics. 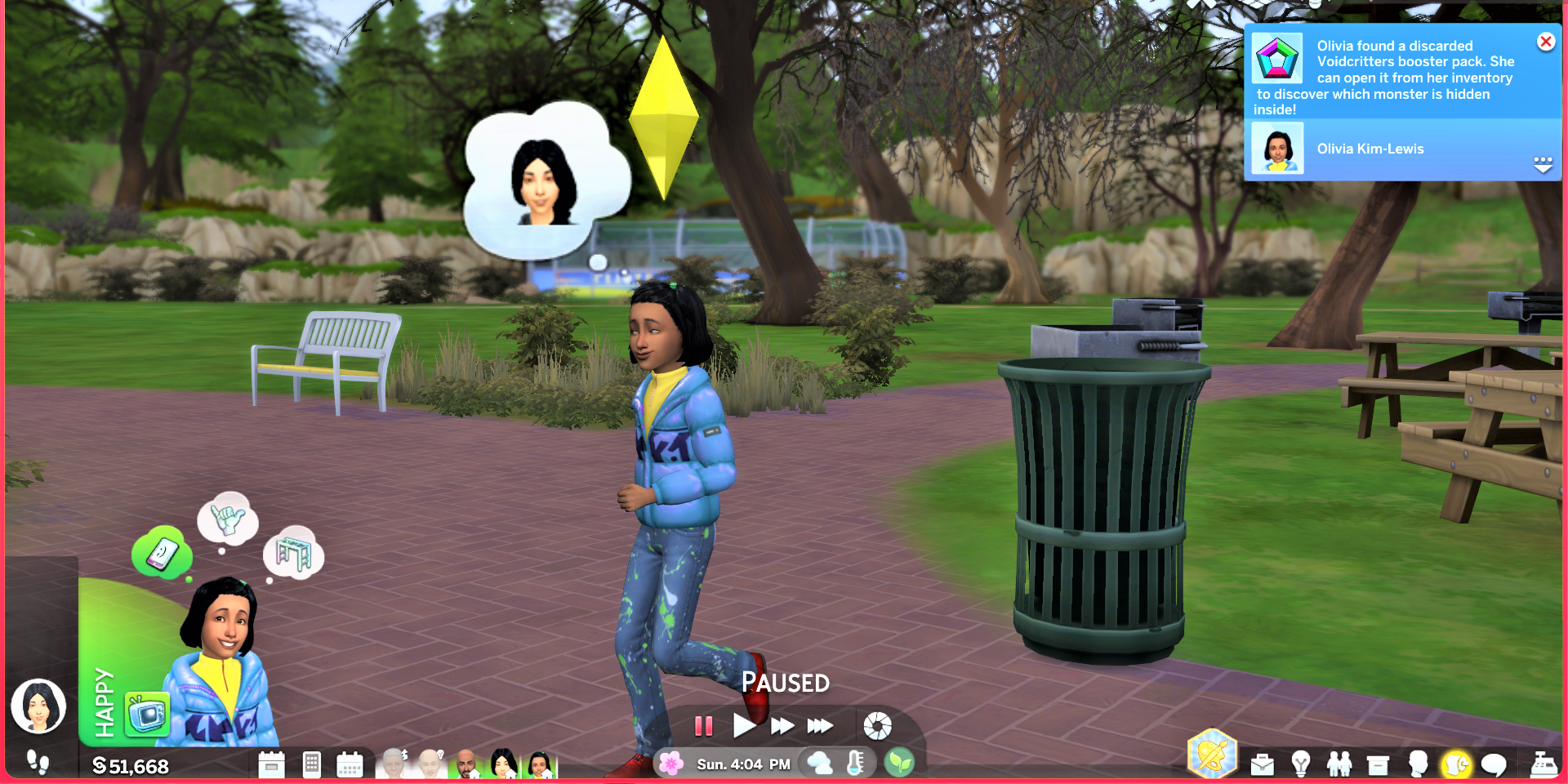 Voidcritters can be found in a few different ways, but the easiest method is buying them from a computer. Booster packs can be purchased as singles for 25 Simoleons, or in stacks of five for 125 Simoleons, and anyone from child-elder can order them.

Children can also trade cards with friends, or look for discarded toys in trash bins or logs (the ones which usually house frogs) for a chance of finding free booster packs. There is a cooldown period, though, so Sims will have to kill time between searches. Sometimes, Sims can also find limited edition foil cards; these look super cool, but they don’t have any effect on Voidcritter gameplay.

3 What Can You Do With Voidcritters? 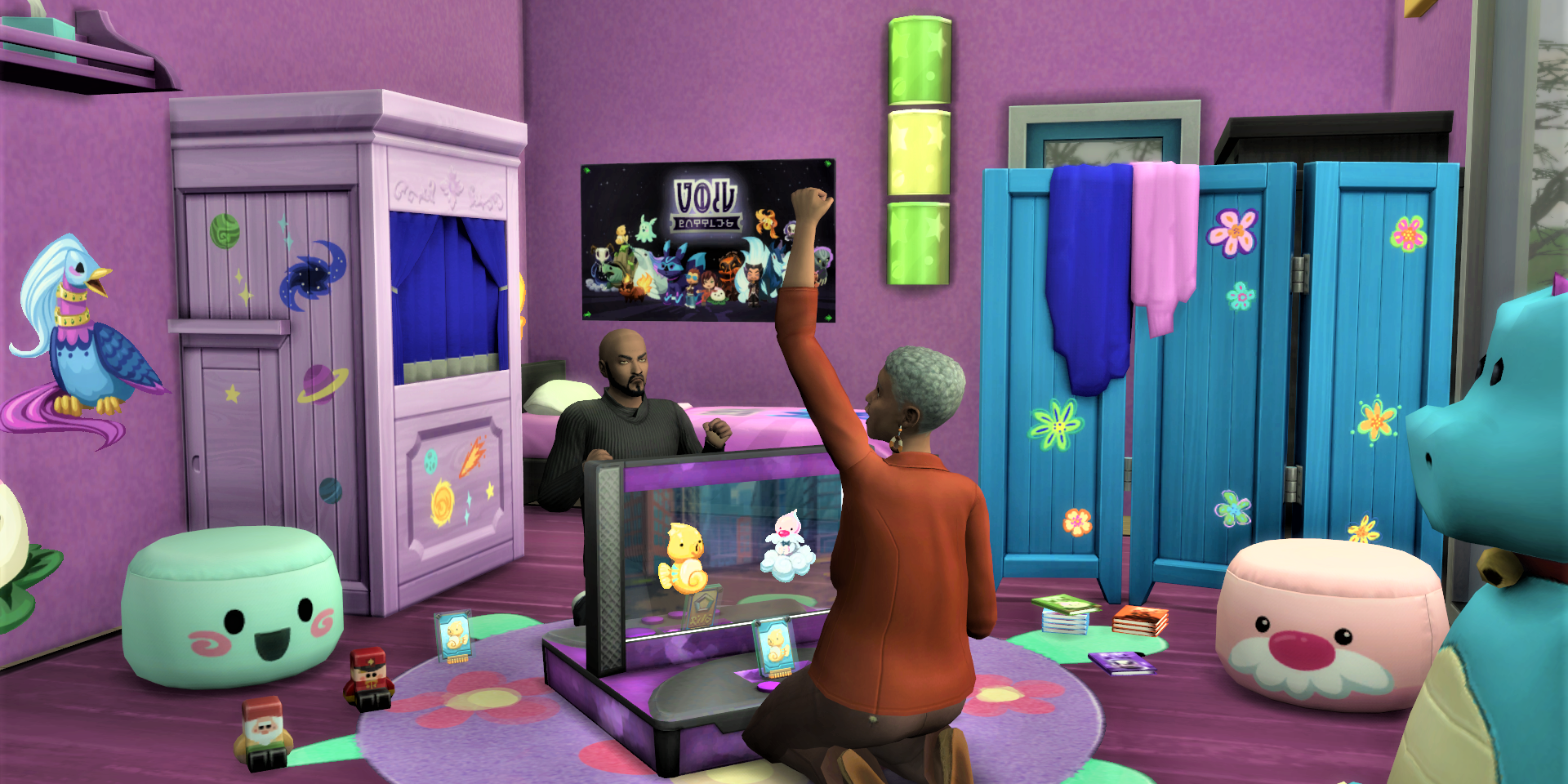 Trading cards with friends can be a fun activity for child Sims, and a good reason to meet more people. But the main gameplay element of Voidcritters is training and battling them. Training Voidcritters increases their power level, which increases the chance of winning against others in battle. However, Voidcritter elements also play a role. Certain elemental combinations produce different results:

Training and battling happens on the Voidcritter Battle Station. Two child Sims can use the pack at any time in battle mode, but it can also be used alone in training mode. 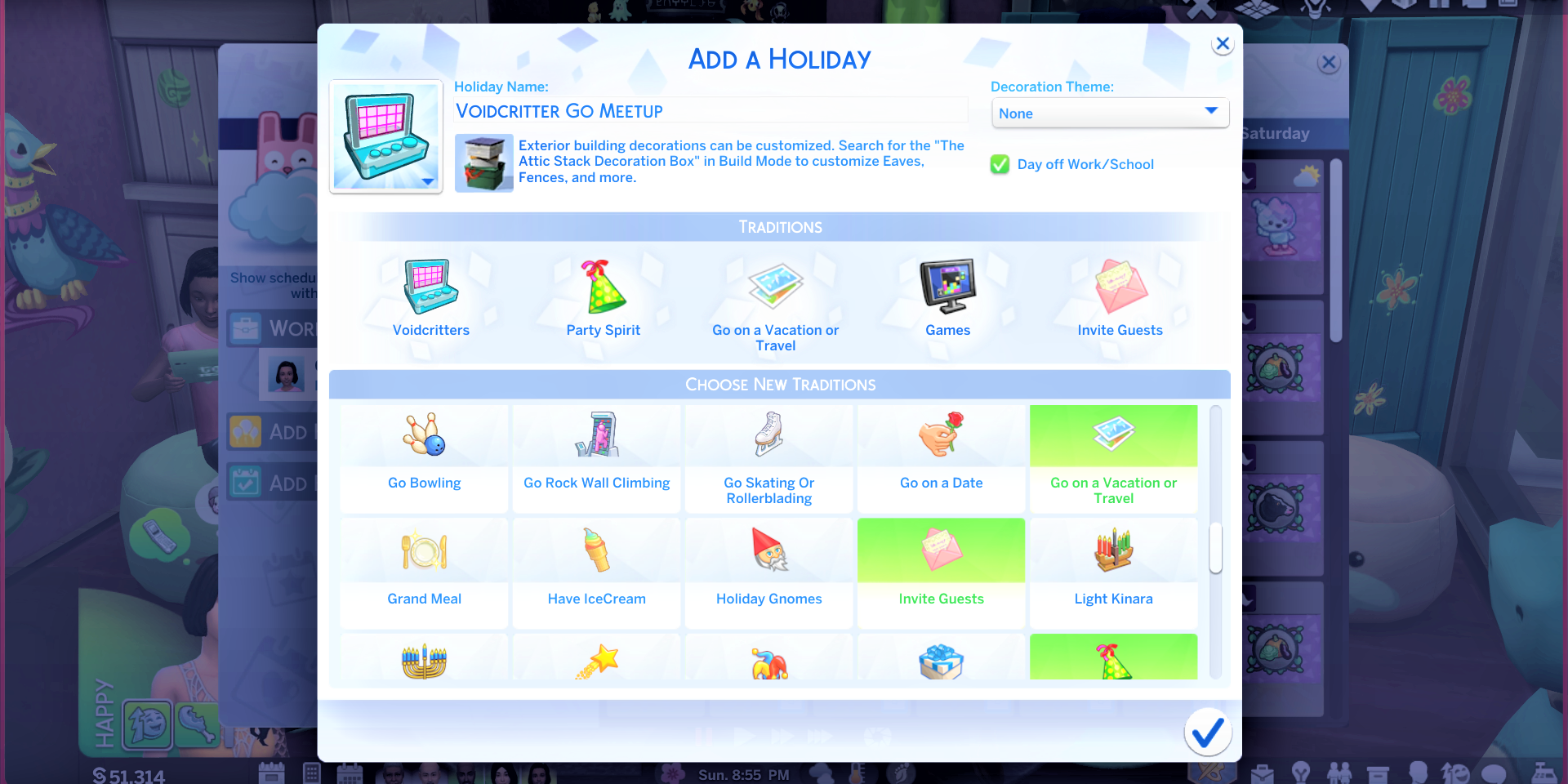 Voidcritters can be incorporated with other game mechanics to expand the gameplay possibilities. Make Voidcritter collector’s clubs with the Get Together expansion pack, or use the Seasons calendar function to create Voidcritter holidays and traditions.

Fill a display case, create a Voidcritter Sim-owned store, or have an artistic Sim specialize in painting or photographing their collections; no matter what you and your Sims are interested in, the options are endless. Collecting cards for their own sake can also add a fun sense of challenge, but adding cross-pack activity can spice up ordinary gameplay 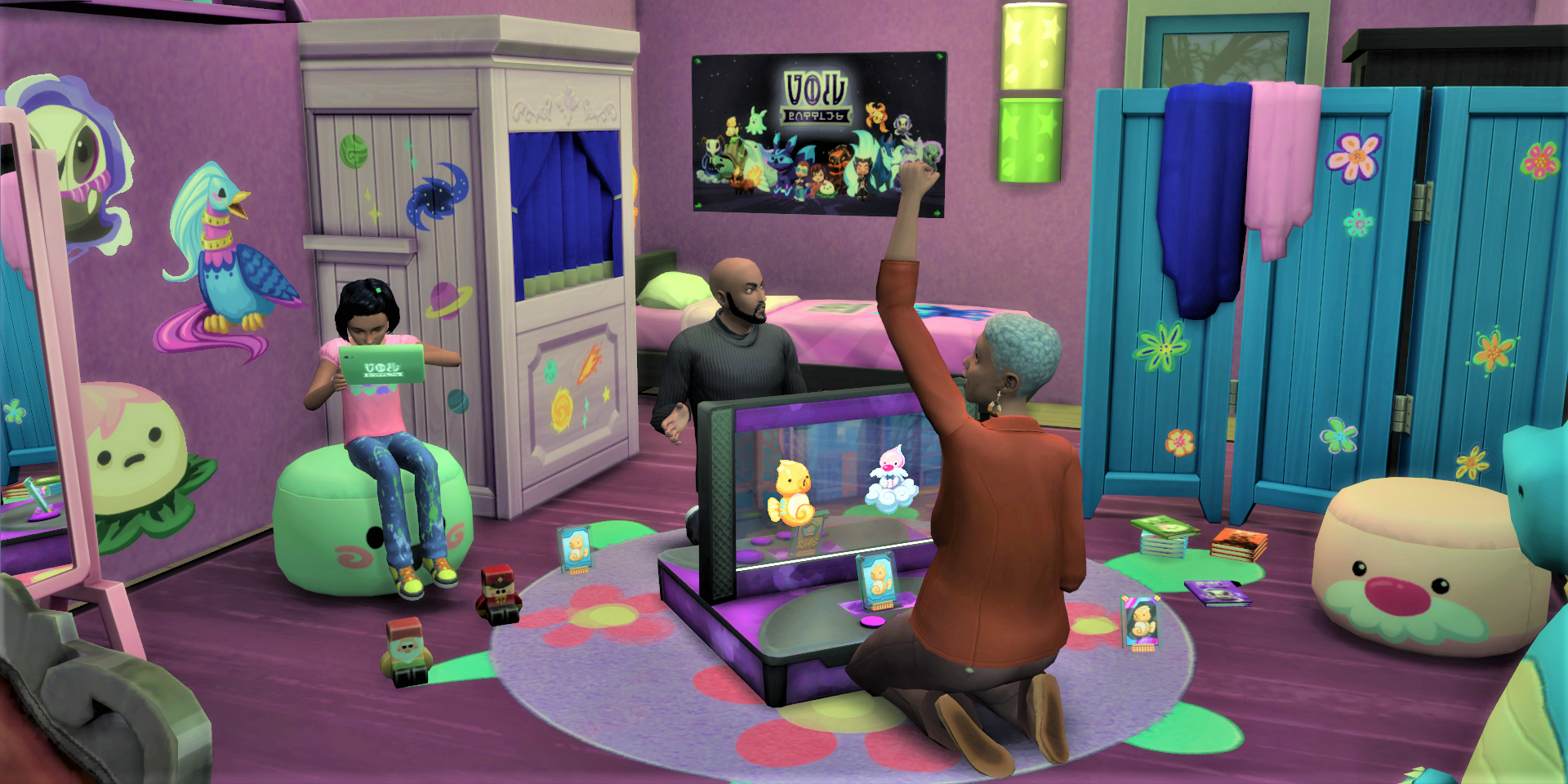 One common complaint among players is that much of Voidcritters' functionality is only available for children. Sure, teen-elder Sims can collect cards, but for what purpose, if they can't train or battle them? But modders continue to save the day by creating mods that increase already-existing Voidcritter functions and even expand on the idea to add new gameplay.

Another simple but useful mod is Nekomimi’s Voidcritters for Everyone which lets Sims of all ages train and battle Voidcritters on the Kids Room Stuff Battle Station.

If you want more gameplay then Ravasheen’s Into the Void: Voidcritter Gaming Tablet brings the functions of the Battle Station to a newly modeled tablet, making Voidcritters useable anywhere, anytime. It also adds new social features and a Voidcritters Go game, similar to the Voidcritter Hunt at the Festival of Youth. Alongside this BrazenLotus has created a gorgeous Voidcritter Card & Comic Set which adds new booster packs, a Voidcritter comic book, and some amazing decor items perfect for a Voidcritters store.