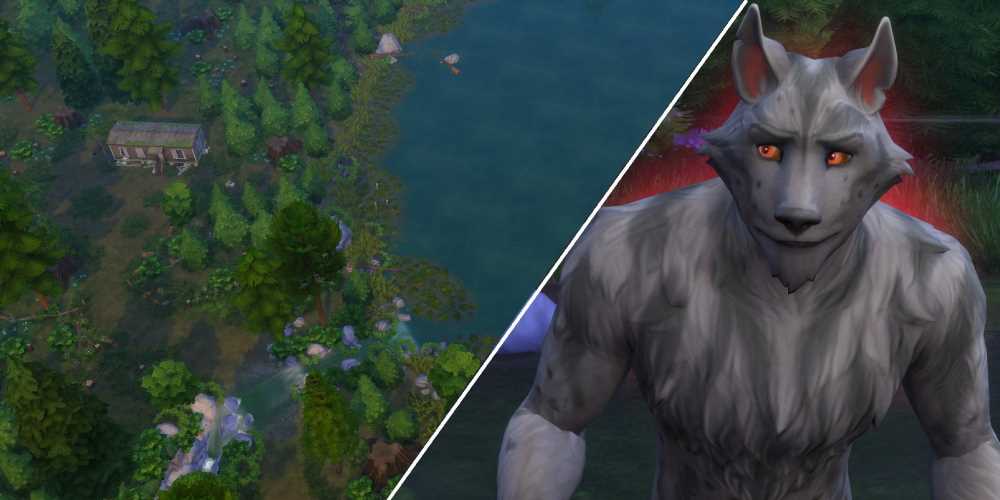 Lycanthropy offers a world of opportunities in The Sims 4: Werewolves. After picking a fight with a werewolf in the town of Moonwood Mill, your Sim will battle through a raging (albeit brief) bout of Werebies before finally succumbing to the call of the moon and joining your vampire, mermaid, and spellcaster neighbours in the eccentric life of an occult Sim.

Not all fellow werewolves shall extend a paw of friendship, however. If you're wondering where to find the infamous Greg, an aggressive and solitary wolf with a heartrending backstory, this guide will lead you straight to his domain.

Greg's Shack: How To Spot It 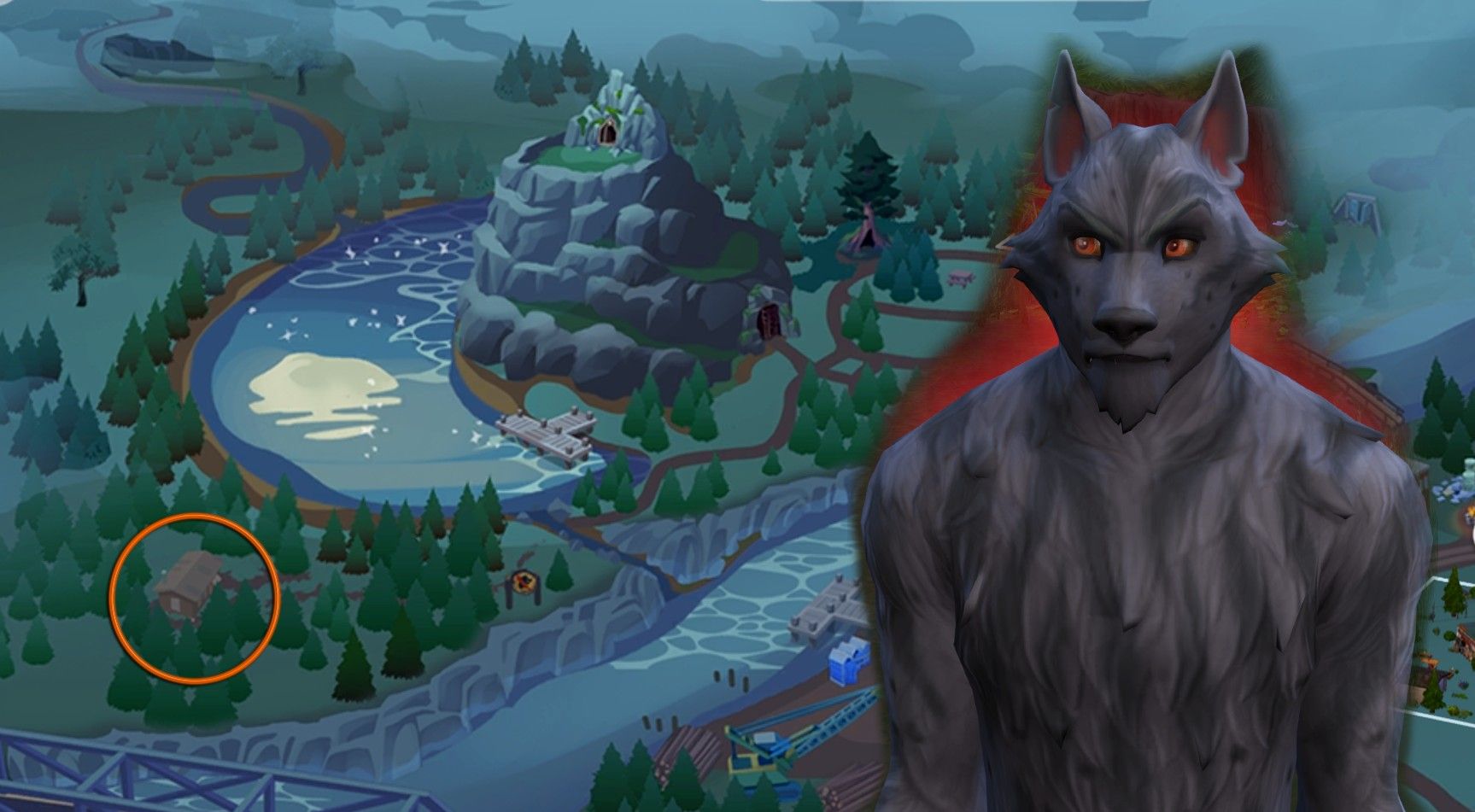 Across the sparkling waters of Lake Lunvik, Greg's little shack can be accessed from the foot of Howling Point. This towering stargazing hotspot is where your werewolf Sim awakens after their first night on the Rampage as a newborn pup, and is located on the same side of the river as the Moonwood Collective hangout.

Take the path branching to the left of Howling Point and follow it straight to a small hut. This small shack is not a normal lot – you'll notice that you cannot knock on the door or indeed enter Greg's house. Rather, it acts as an interactive section of the semi-open world map, similar to the Sparring Grounds and Pack clubhouses.

You can sometimes spot grouchy Greg mooching around the grounds of his hut before disappearing into the surrounding woodlands, but if he's not around, you can always trigger his appearance by clicking on the caution signs outside his gateway and selecting Inspect Warnings. 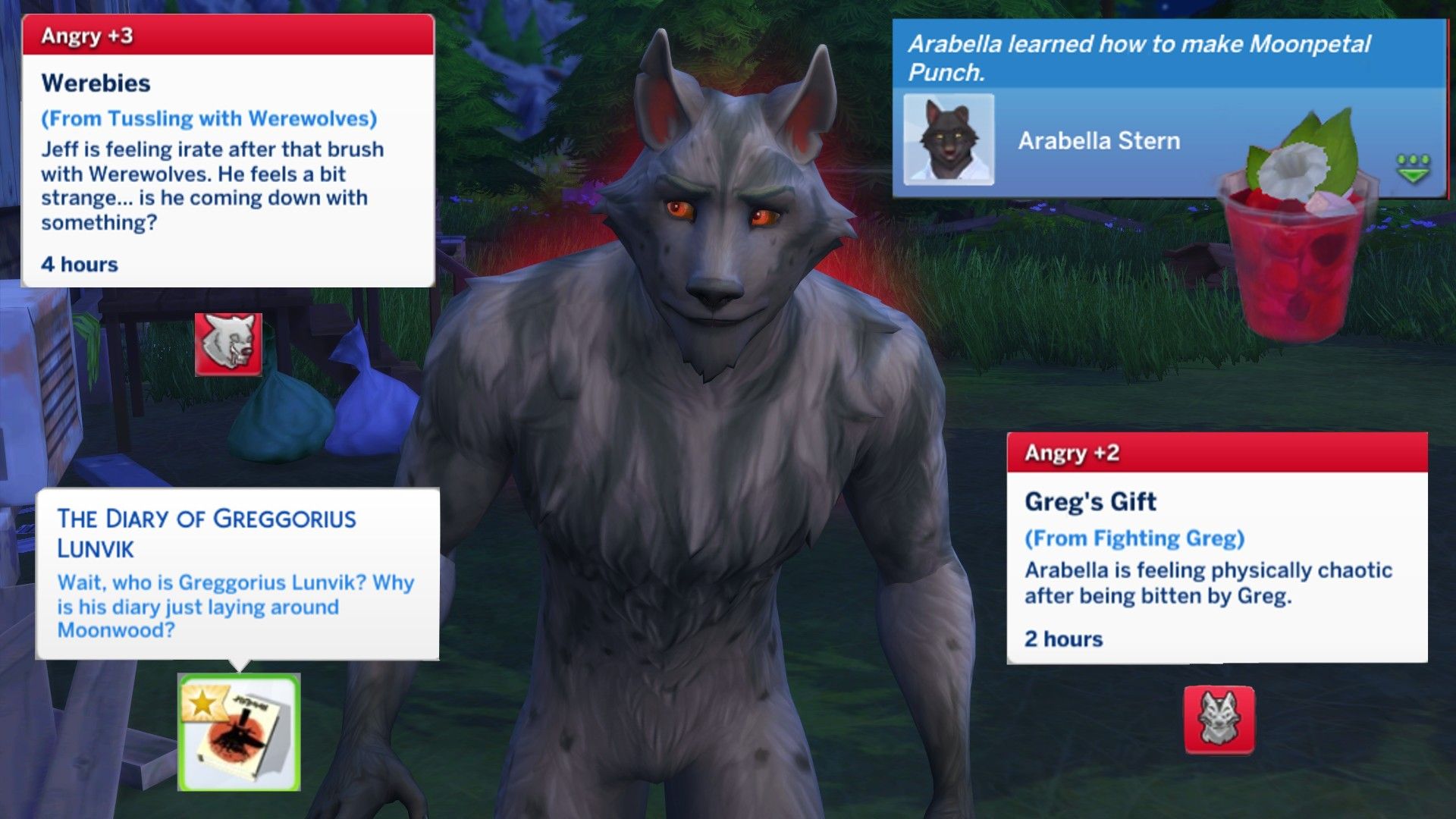 Greg was not always a moody werewolf living in isolation on the outskirts. He seems a very important figure, both in the town of Moonwood Mill and in terms of the fraught history between werewolves, vampires, and spellcasters.

Any werewolf with the Scavenger ability has the chance to randomly dig up The Diary Of Greggorius Lunvik, a battered tome that holds a great deal of important werewolf lore – and explains how Greg and his wife Avelina are connected to it.

Greg met Avelina in Glimmerbrook, the small town concealing a hidden magical universe, which was introduced to the series in The Sims 4: Realm Of Magic.

According to the diary, it was love at first sight. Greg describes how he fell madly and hopelessly for Avelina the first time they met as a pair of starry-eyed spellcasters. This potentially makes Avelina his Fated Mate: his one true partner for life, written by destiny itself.

As well as giving the reader recipes for Fury-quenching Moonpetal Punch, antidote Wolf-B-Gone, and the ever-tasty Grilled Luna Fish, Greg's book also tells of how werewolves came into existence when a group of spellcasters attempted to permanently cure the world of Vampirism. However, the magic was so intense that it overwhelmed the sorcerers. A powerful surge of magical overload caused their spells to backfire terribly, inflicting the curse of lycanthropy upon the doomed magicians. As a result, an aggressive rivalry between vampires and werewolves persists to this day in The Sims 4.

There is a wealth of werewolf-vampire lore to be discovered by talking to neighbours about Moonwood Mill. This includes the story of elderly Moonwood Collective member Lily Zhu and her familial ties to Caleb and Lilith Vatore: the vampire twin siblings of Forgotten Hollow.