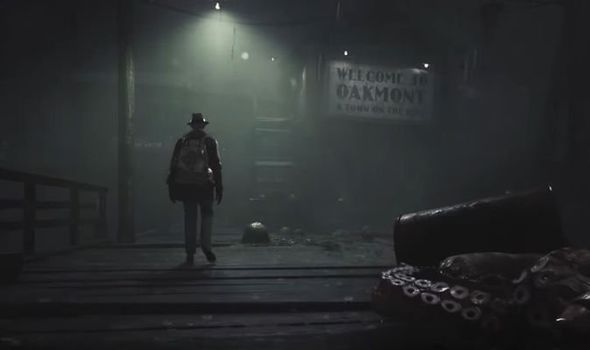 The Sinking City is a dark and often sinister game to explore, offering fans the chance to solve its mysteries on their own.

Not much hand-holding can be found in this detective game, which has been wrapped in a Lovecraftian setting, filled with monsters and strange goings-on.

The storytelling and discovery can be the most satisfying parts to The Sinking City, which is held back in parts by other more lacklustre gameplay features.

But the strongest part of this new slimy package is the way in which the power the gamer holds over certain situations can feel to have such weight and consequence.

Set in the dangerous and soggy city of Oakmont, you play as a Private Investigator drawn to the location through haunted dreams and visions.

Having yourself had a few psychic run-ins in the past, Charles Reed is appropriately equipped to solve the many mysteries and intrigues found around the haunted island.

You have your own mission in trying to work out what is driving you around the bend and why so many others like are being drawn to this place.

Luckily for gamers, working this mystery out means winning some favours from Oakmont’s more colourful characters and there’s plenty of them to keep you busy.

Your first mission provides you with a good overview of how gameplay works and the central themes at play.

The Sinking City draws from a lot of Lovecraft work and smooshes it together to create an enticing new trail for fans to follow.

This includes Innsmouthers being treated as second-class citizens and other characters performing their own experiments and running sinister rackets.

The people of Oakmont island are not friendly and while they appear two-dimensional, some have hidden depths.

Given the right plot points and setup, The Sinking City can feel like a great way to explore an interesting tale that delves deep beneath the waves.

But sometimes, areas of The Sinking City don’t add up in the right way, leaving you feeling more frustrated than vindicated.

The world of Oakmont is a great place to explore, albeit in small bursts.

The city has been flooded and partly submerged and destroyed, leaving you with ruins to explore and abandoned buildings to visit.

A lot of the time you will use a boat to chug around the place, with the water below always feeling just a point beyond dangerous.

But while the backdrop of Oakmont works to a good degree, the NPCs filling it are another matter.

The crowds found on the streets of the city change as you progress through the game but they never grow beyond the point of being walking fixtures.

While some look interesting, many are just filling the place up and taking away from the spooky atmosphere, rather than enhancing it.

But there are some which offer a little relief and include some cracking voice lines for those who want to be a little grossed out.

While parts of Oakmont lie in complete ruins, the people continue on their journeys, unfazed by the disgusting water, murky monsters and overall post-apocalyptic nature of the place.

The good news is that the people you talk to throughout your cases and investigations are much more fleshed out and enjoyable to interact with.

While Reed appears to be one of the weakest characters when it comes to repertoire, the people he chats with give The Sinking City some real depth.

Frogware has managed to make these people come to life, even if it is easy to spot all the recycled models being used throughout the game.

As you explore Oakmont’s many different districts and locations, you’ll run into monsters, some of which will need to be eliminated.

There isn’t a huge variety to hunt down, and most felt a little bullet-spongy when it came to direct combat.

It’s easy to see your health bar rundown as you empty clips into the various monster shapes trying to stop you cracking the case.

But a lot of these were probably shot into the surrounding area, as the clunky controls set you down a path of trying to wack your adversaries to death.

Another bar controls your sanity, and this can be worn down by encounters such as these.

As your grip on reality starts to slip, so does your surrounding area, which appears to submerge under the waves.

This transformation of the map has to be one of my favourite little features of the game, offering a visual style that is worth exploring again.

But the surroundings themselves can start to wear a little thin too after you’ve spent a long time trudging through them.

Traversing the map is not one of the game’s strongest points, and it starts to feel a real chore after you’ve been sent all over.

It includes having to jump in and out of boats, as well as finding the exact location you need to reach, through reading the case file and notes.

This is a nice little feature but can also lead you around the houses as you try and find the right place to start your next mission. 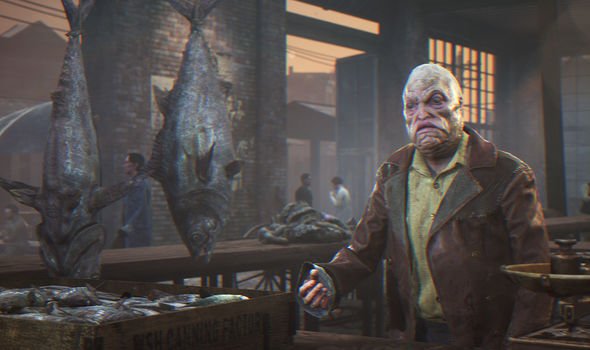 It’s easy to see that the development team want you to explore and complete the game without the requirement of objective markers.

But a combination of tiresome exploration mechanics can leave you a little burnt-out.

Luckily, Fast-Travel points are unlocked and allow you to skip through some of this trudging, albeit at the cost of a loading screen.

Being a detective game, Reed needs to solve his cases by gathering research and working out where the next clue is.

Depending on how big a fan you are of doing your own legwork and using careful combinations to crack the case, you may find yourself a little lost.

There will be plenty of guides online, but even after working some stuff out yourself, you can be left feeling more annoyed than happy with the results.

One of the best aspects of the game and the piece that really makes everything worthwhile is the Mind Palace, and how it affects the outcome of cases.

The big plot points are played out through Reed collecting evidence and putting together what happened.

This involves rebuilding events, providing a great way to tell the story from a new angle.

This means using your psychic abilities to put the sequence of events in order, something that can take a little trial and error.

But when you finally reveal who murdered who or why everyone has lost their marbles, you are left with a choice.

It is up to you to print the truth of what has happened and this includes large and powerful moral dilemmas.

They play into the central themes of the game and are unlocked when you interpret certain pieces of information in the Mind Palace.

And The Sinking City isn’t messing about, people will die and many may suffer, depending on your chosen actions.

This will help lead you toward the endgame conclusion, and it really is my favourite part.

There is no benefit either way gameplay wise, you won’t be rewarded for being good, and that isn’t how this world is painted anyway.

Is doing what appears to be the right thing actually for the best? Or are you playing into someone else’s plot?

This will be for you to discover, as the main cast reveal themselves to be much more than just easy to read puppets, going through the usual motions.

The Sinking City suffers from ailments that might prove fatal for some gamers to live through.

Clunky gameplay at times throws the main loop off its rails and leaves you feeling frustrated after completing a secondary case.

But the main stories found within Oakmont are worth exploring, even if that means getting in that piddling boat again.

The reward for finding out what has happened is to shape the narrative of The Sinking City and provides a grand prize and incentive.

Lovecraft fans will no doubt enjoy working through the different weaves of short stories that have been wrapped up in The Sinking City.

And pitfalls or not, The Sinking City achieves some of its most important objectives while failing in others due to the scope and ambition of the project in front of them.