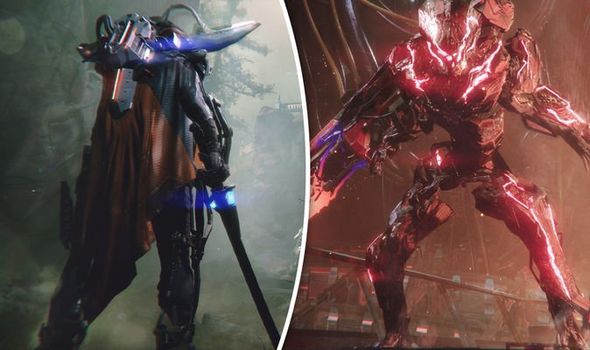 If imitation is the sincerest form of flattery, then by now From Software’s president Hidetaka Miyazaki ought to have a head larger than one of his Lovecraftian boss monsters.

The Surge 2 by Deck13 Interactive is the latest in a seemingly endless conveyor belt of games to be heavily inspired by his seminal Dark Souls, and its science fiction setting won’t deflect the inevitable comparisons to Miyakzaki’s masterpiece.

All of the familiar Souls gameplay staples are present and correct here: The Surge 2 is an action RPG featuring a series of interconnected areas occupied by brutally tough enemies. Slaying these villains yields currency (‘tech scrap’ rather than souls) that can be cashed in at checkpoints (MedBays as opposed to bonfires) to improve your stats, whether that is investment in attack or defensive capabilities or upgrades to your mechanised exoskeleton.

Unfortunately, however, such enhancements come at the cost of regenerating the aforementioned enemies. This means that character development must be balanced with progress: venturing far from the safety of a MedBay might uncover a whole new area, but also increases the risk the player might die and lose all their hard-earned scrap, returning to the last checkpoint empty-handed.

The game opens in a detention centre, where your fully-customisable character (mine was a worryingly accurate auto-generated corporate middle-manager with a dodgy ‘tache) awakens from a coma following a plane crash, and proceeds to pummel their way through legions of escaped prisoners and hostile guards to reach the streets of Jericho City.

Once outside, they’ll find their new surroundings no less chaotic than the prison complex, a dystopian nightmare of burnt-out cars and the battered corpses of those not strong enough to compete with the metropolis’s hordes of ruthless scavengers.

Body modification is very much in vogue here, with Jericho’s denizens sporting everything from arm-mounted flame throwers to car doors torn off and worn as shields. These antagonists are beautifully animated, and the city’s locales each have a distinct visual identity as well as intricate, Souls-style designs that reward astute players with hidden items, shortcuts and rare encounters.

The Surge 2 also borrows from Dark Souls’ online elements, enabling you to leave messages that will become visible in other players’ games, here in the form of graffiti tags scrawled across alley walls and derelict buildings.

This enriches the world and fosters a sense of community, with players working together to unlock the game’s secrets, although I didn’t find the lexicon of spray-painted symbols to be as useful as the written notes in Souls.

I did, however, enjoy the innovation of being able to earn additional tech scrap by leaving a ‘banner’ – essentially a holographic avatar – for other players to find and destroy, rewarding you for leaving your icon in a rarely-visited location.

The combat is perhaps the first area in which The Surge 2 truly surpasses its progenitor, at least in terms of ambition. Dodging, blocking and striking mechanics are all present and correct, as is a refillable stamina gauge to ration the number of actions you can perform in quick succession; however, these systems are supplemented by less familiar abilities, such as targeting different parts of your opponents’ bodies for maximum effect, or deploying a detachable drone to add a hail of bullets to the satisfyingly bone-and-metal-crunching action. 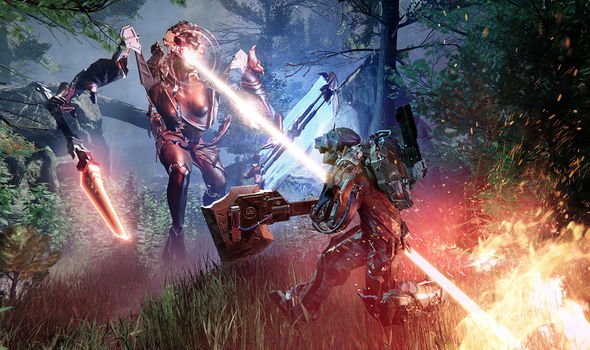 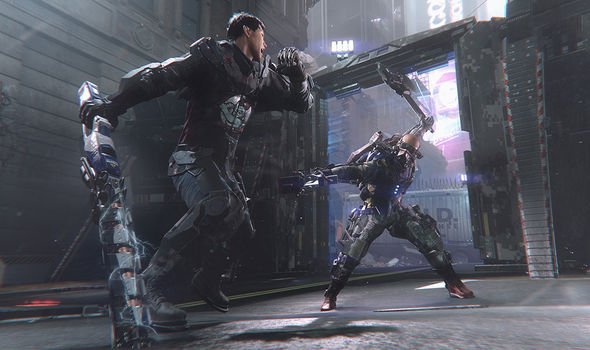 Deathblows can be used to slice off the limbs of unsuspecting foes, enabling you to swipe their most useful attachments to beef up your own rig. The parrying system works well, inviting you to match on-screen directional prompts to successfully deflect incoming attacks.

The upgrade and levelling systems complement this complex, rewarding combat, giving you access to numerous implants that modify your abilities as well as an array of mech-mangling equipment, most of which you have hacked from the corpses of your fallen adversaries.

When you inevitably perish, you are given a single opportunity to recover your lost tech scrap, but in an added twist this becomes a race against the clock before the loot disappears; once you have located your dropped bounty, it will provide a healing buff until you collect it, but if you wait too long the timer will run out and it will be lost forever.

The game seems to delight in assailing you with variables to manage and tough choices to make in the heat of battle.

If all of the above sounds well put-together, that’s because it is; and yet, somehow, something is glaringly missing. Dark Souls is drenched in a crushing sense of melancholy, the history of its world seeming to scream silently from every ruined castle or crumbling gravestone; sadly The Surge 2 is devoid of anything remotely resembling this sort of atmosphere, becoming a dreary slog through (far too brightly-lit) sci-fi-dystopia-by-numbers environments.

It feels as though someone took Fallout 3’s setting, then surgically removed any shred of humour or originality. This is not helped by the dishwater-dull story about a spreading nanotech plague, and cheesy NPC characters whose jarringly macho, one-note vocal performances and unimaginative side quests constantly remind you that you are not immersed in a fantasy world, but playing a video game.

The boss battles, too, are insipid affairs, frustrating and uninspired obstacles that pale in comparison to Dark Souls’ exhilarating, adrenaline-fuelled duels. In Miyazaki’s classic, the reward for overcoming these challenges is the unveiling of more of the game’s incredible world and tragic story – here, it’s just more of Jericho City to traverse, more exo-suited bad guys to batter, more boring robots to subdue.

The Surge 2 is beautifully-crafted, its graphics flawless and its gameplay precise and crisp. But despite these polished components, The Surge 2 completely lacks imagination, especially compared to the likes of Dark Souls and Bloodborne. The term ‘clone’ really does feel appropriate here: The Surge 2 is a technically sound carbon copy, but – with more than a twist of irony – I found it a soulless experience.