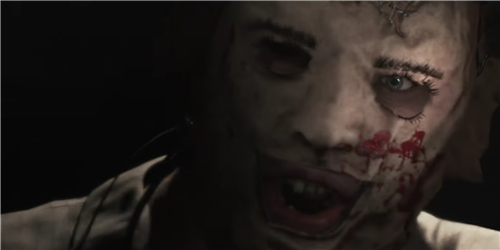 Sumo Digital is developing a multiplayer-based game based on The Texas Chainsaw Massacre.

During the preshow at The Game Awards, Sumo Digital revealed the first trailer for The Texas Chainsaw Massacre. No more details were revealed about the project, aside from the fact that it will be multiplayer-focused.

The trailer shows the iconic house from the original film, before showing someone strung up on a hook. We then get to see a flash of a chainsaw, before Leatherface comes out of the darkness and chops someone up offscreen. The trailer ends by calling it a "Multiplayer Horror Game Based On True Events".

The official upload of the trailer says, "Gun Interactive, creators of Friday the 13th: The Game, and Sumo Nottingham are excited to announce The Texas Chain Saw Massacre, an authentic gaming experience based on the groundbreaking 1974 film".

It's not clear what sort of game The Texas Chainsaw Massacre will be, but it's likely that it follows a similar format to the Friday the 13th game. That game has one player playing as Jason Vorhees, whilst the rest of the lobby play as survivors and have to escape an area whilst being hunted. Think of it like a licenced Dead by Daylight.

The official website for the game doesn't reveal any more details about it, but does call it an "asymmetric multiplayer title", once again making it seem like Dead by Daylight or Friday the 13th.