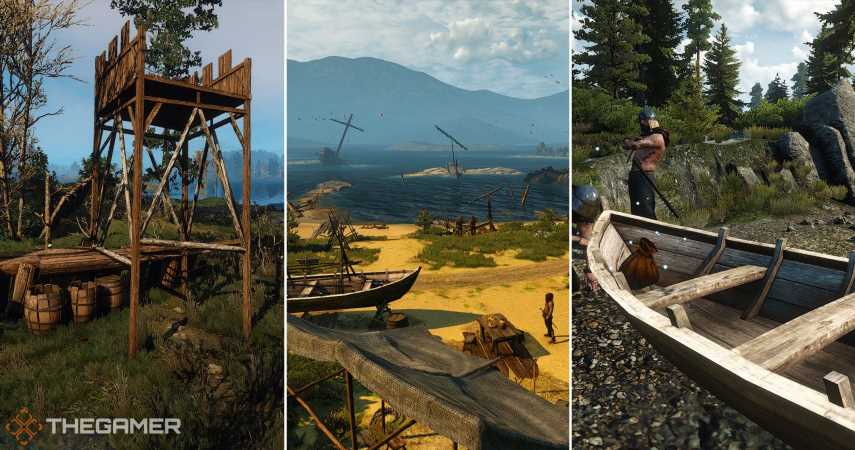 Geralt of Rivia is supposedly poor, but in hindsight for the games, he just lacks ambition. He could have been a king by The Witcher 3’s timeline given his capabilities. Thankfully, you have more ambition than Geralt of Rivia and your penchant for accumulating as much gold and precious swords as possible has made him a rich overpowered freak that’s out-of-place in his established lore.

Apart from kings showering him with tons of gold, Geralt in the games also has some dedicated quests to make him wealthy. Those would be the Treasure Hunts, though they’re not all profitable. Some of them, particularly those that give swords, are the best since those swords cost thousands of gold each, making them better than the alms you get from chests. Now go forth and make Geralt a sword tycoon by capitalizing on these treasures. 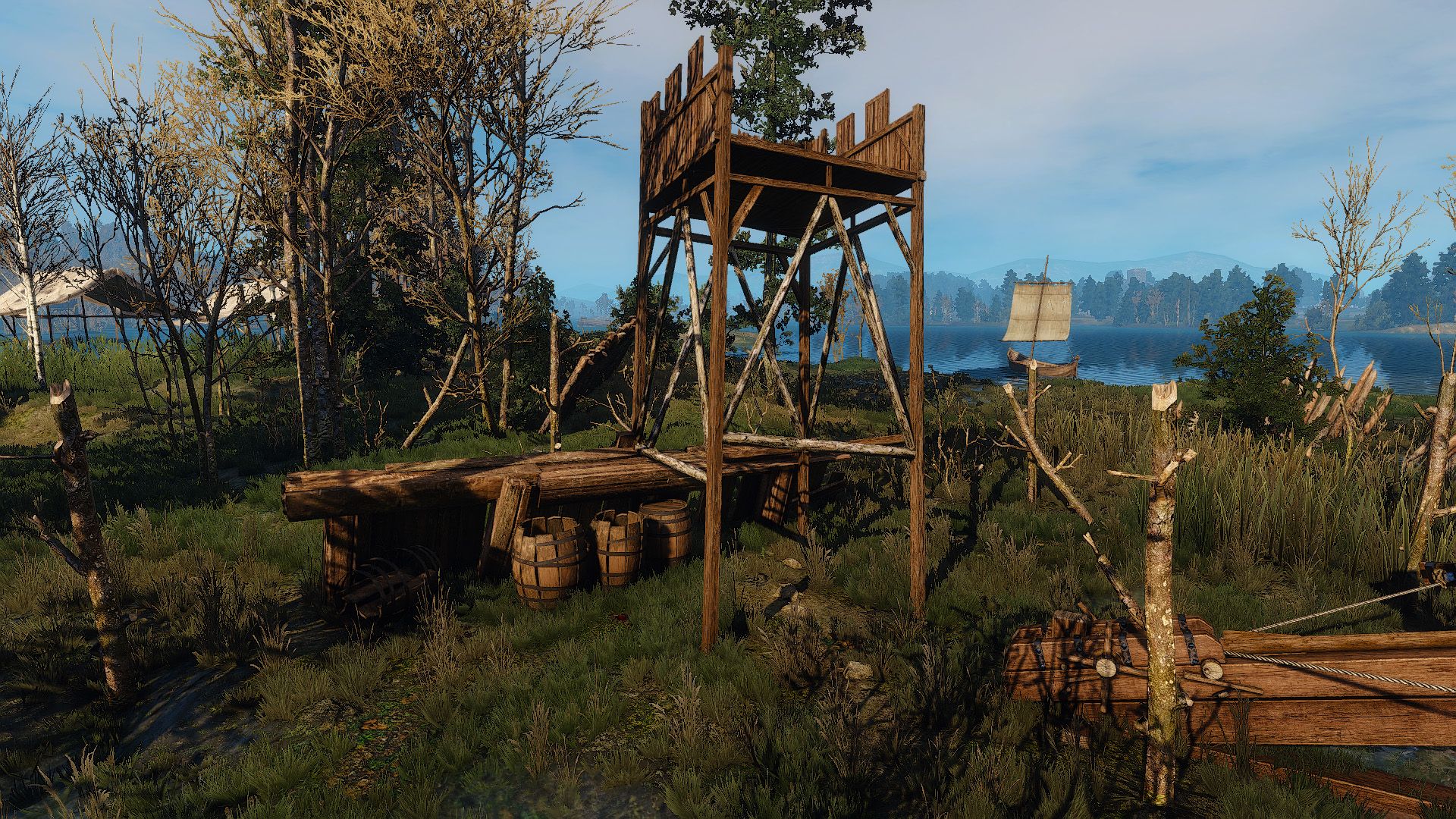 Beggars can’t be choosers after all, and it just so happens that battlefields in The Witcher 3 are brimming with valuable loot. One Treasure Hunt quest called Battlefield Loot points this out and it starts near the Eternal Fire Chapel where he needs to fight a Bilge Hag.

After killing the hag and looting the note from her corpse, you’ll be able to find the treasure in a tower. It’s a chest that contains a relic sword, some crafting components, armor pieces, a runestone, and other stuff. 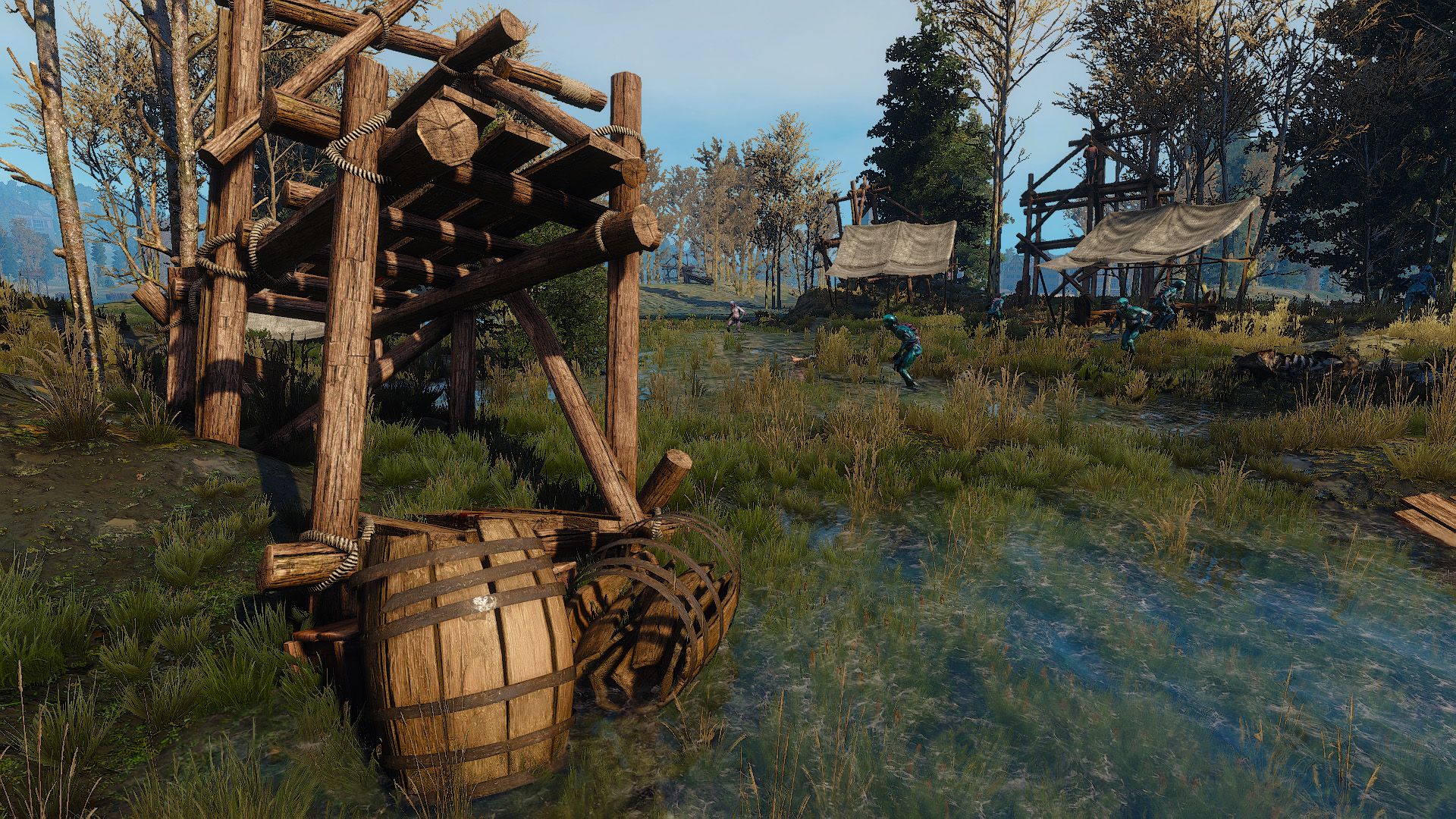 Blood Gold is another Treasure Hunt in Velen, but it’s a little harder to find. Players have to take Geralt to an island near Oxenfurt. There, look for a dead soldier. It contains a key and some notes that should lead Geralt to an abandoned outpost.

The treasure there should be easy to find and the contents are quite valuable: Assassin’s boots and gauntlets, some Ard Skellig armor, and a lot of crafting components. The last part holds the most value, especially for those who rely on alchemy or crafted armor. 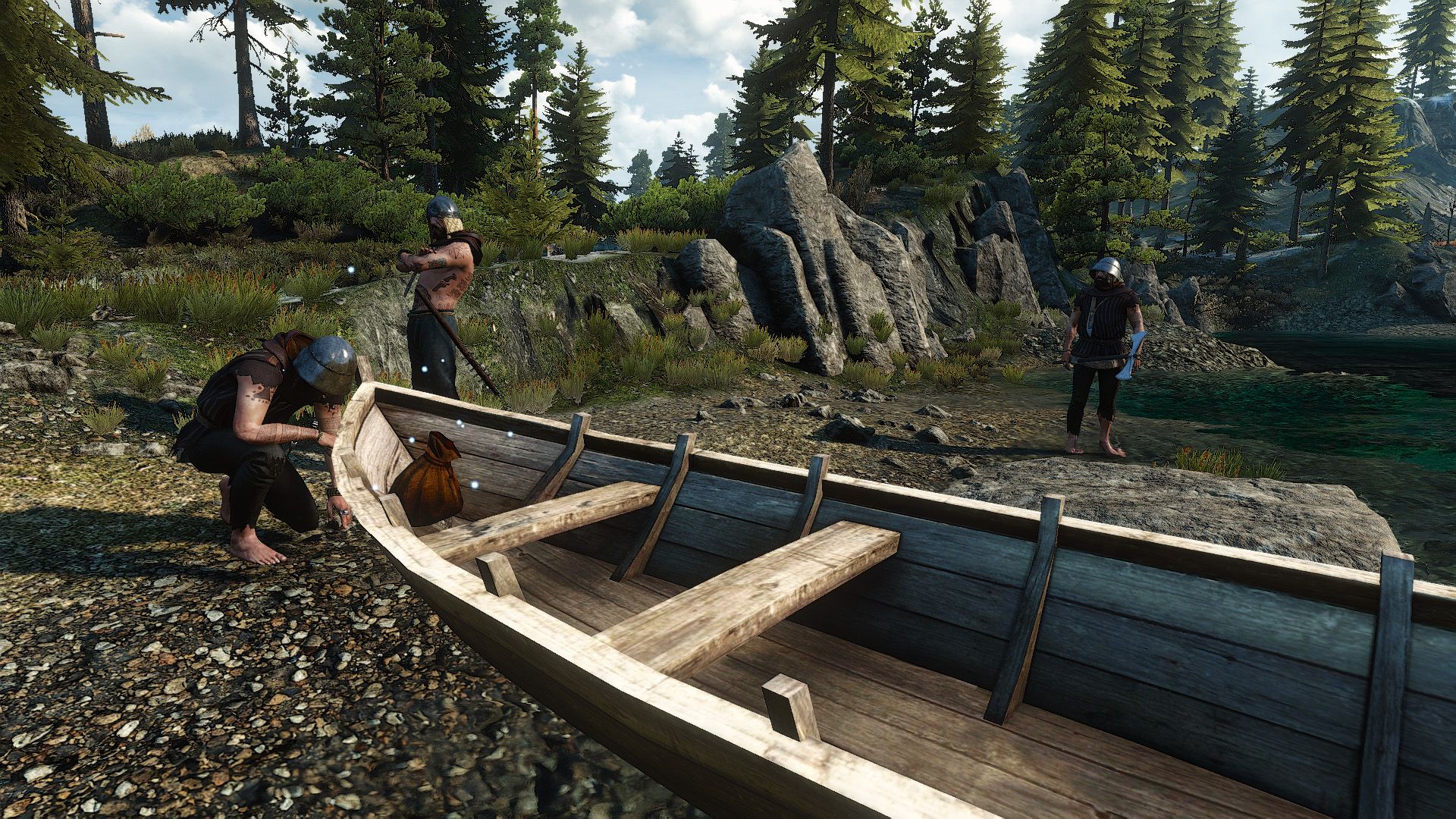 This aptly-titled quest can also be considered as a shortcut to being well-off in the world of The Witcher 3. It’s located in the Skellige islands, though, instead of Velen. More than that, players need to go to the island of Undvik, which is dangerous and populated with monsters more than men.

In Undvik, simply follow the treasure marker north of the lake. Look for a boat surrounded by a group of bandits. They have the treasure map. The map will have Geralt diving to find a chest that always contains the Bloed Aedd relic sword, along with other valuable stuff.

7 Pearls Of The Coast 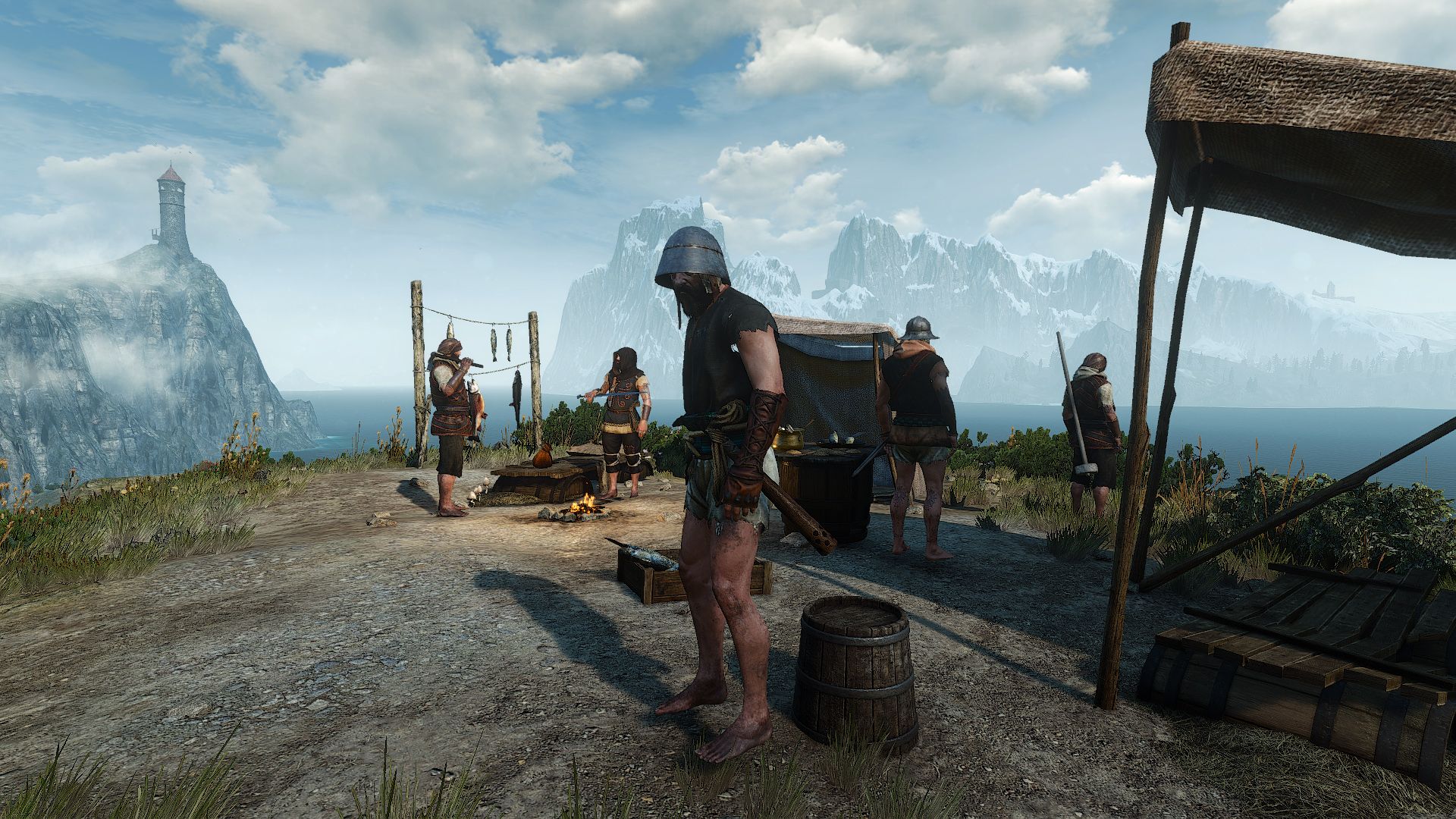 Looking for more treasures in the far-flung locations of the Skellige isles? Then make sure to complete Pearls of the Coast. It’s the Treasure Hunt players can find south of the Eldberg Lighthouse, in the middle of the three island chains.

The treasure map is guarded by pirates so cut all of them in half and then grab the coordinates. It leads to a place just east of the site. The underwater crate there always contains an Inis relic sword plus other loot. 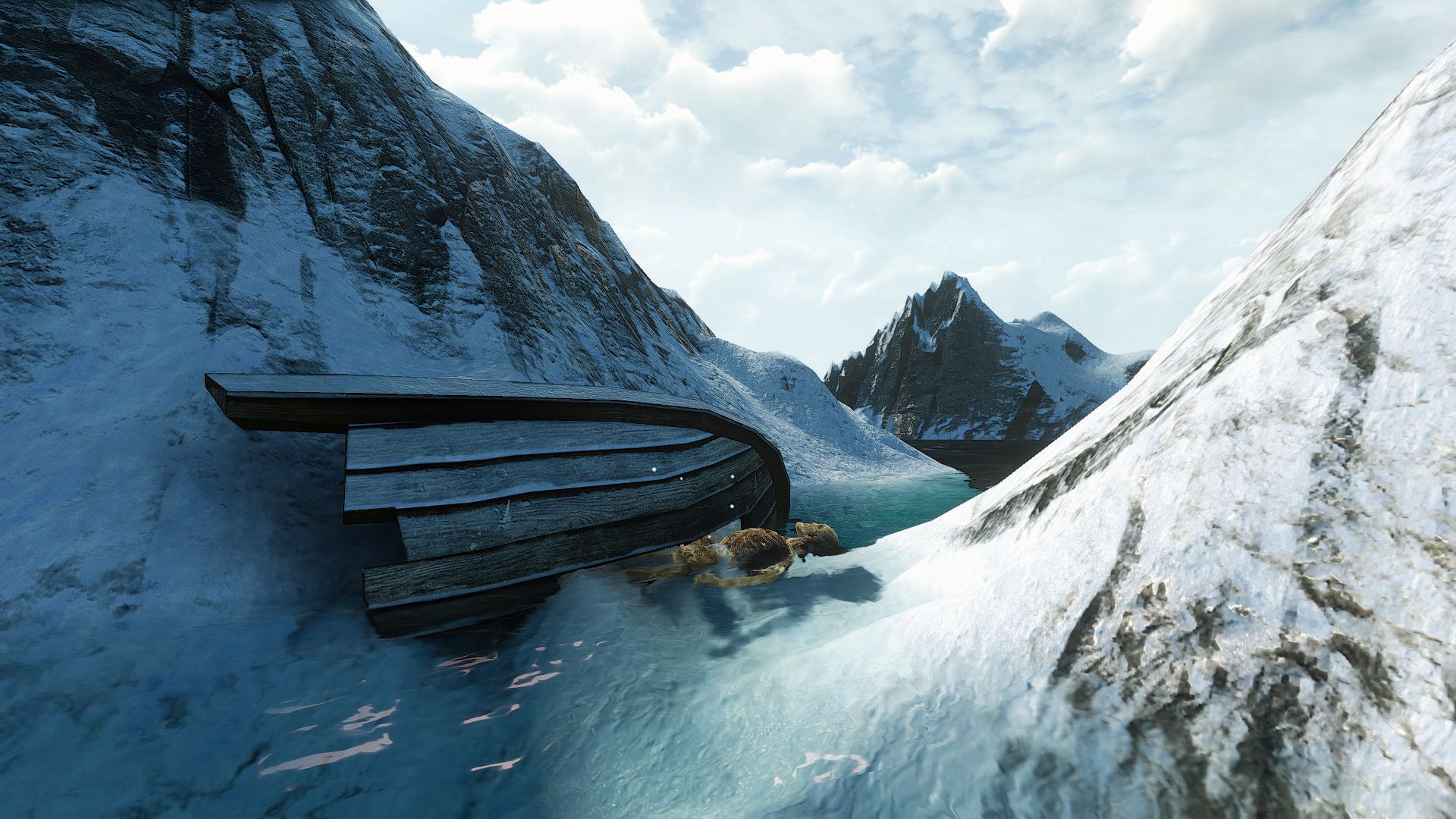 Southeast of Grotto in the Skellige isles, you can find a broken boat along with a skeleton stuck in some chilly mountains. The skeleton has some notes with him, which lead to a location nearby, somewhere east.

Therein lies the treasure. However, it’s guarded by a flock of sirens. Make sure to bring your best crossbow out. After you’ve dealt with these cretins, look for the sunken longboat in the search area. It has a chest that always contains Gynvael Aedd sword. 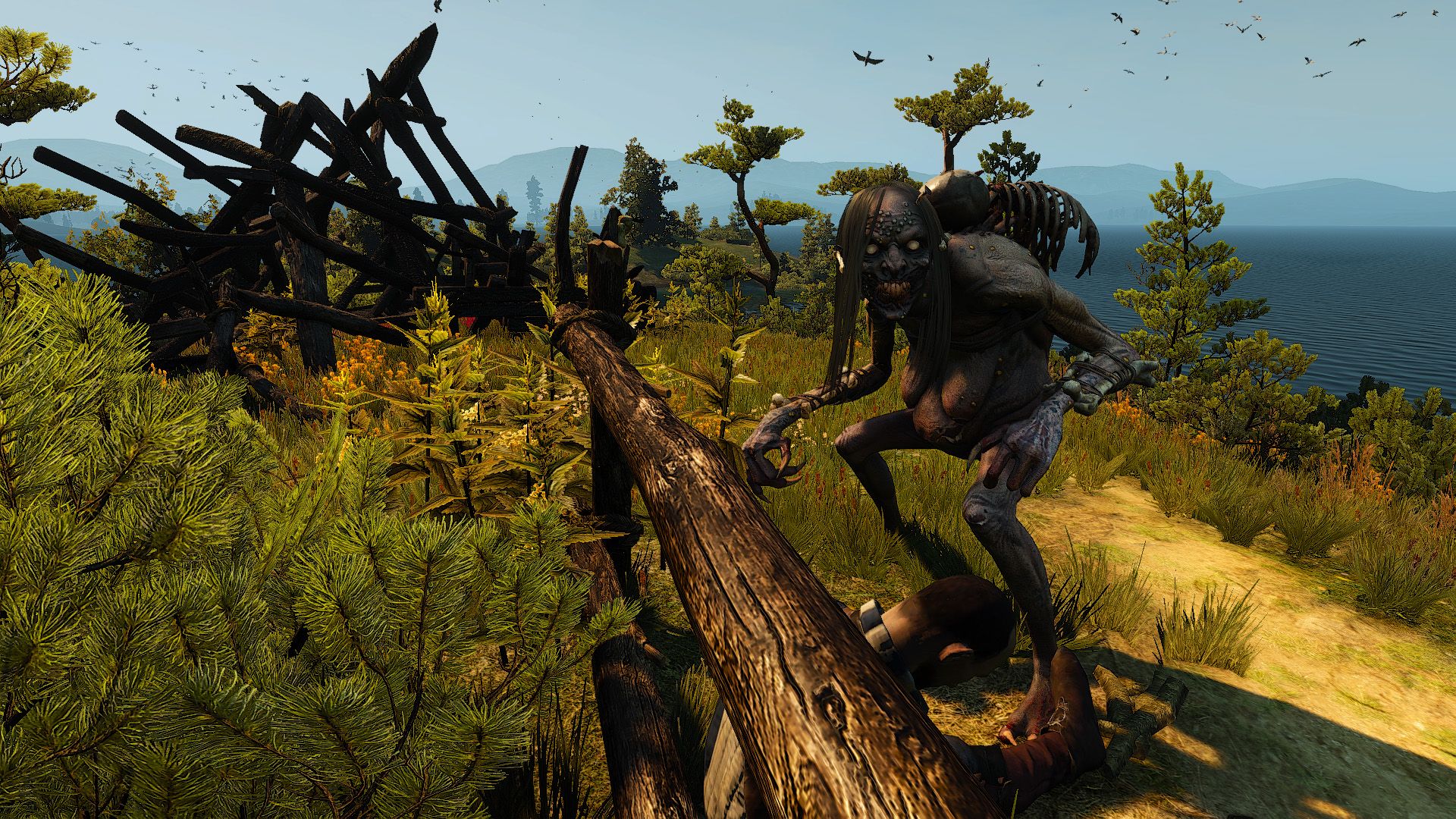 Going back to Velen, specifically to the south of Condoyle, players will find a Grave Hag in the area standing by its lonesome over a corpse. This corpse is important as it contains the map of the treasure, along with the key.

Kill the hag, grab the key and map, and then head off to the west just behind the burned building in the area. A chest will be there containing the sword Harvall along with a diagram for the Impera Brigade armor.

4 The Dead Have No Defense 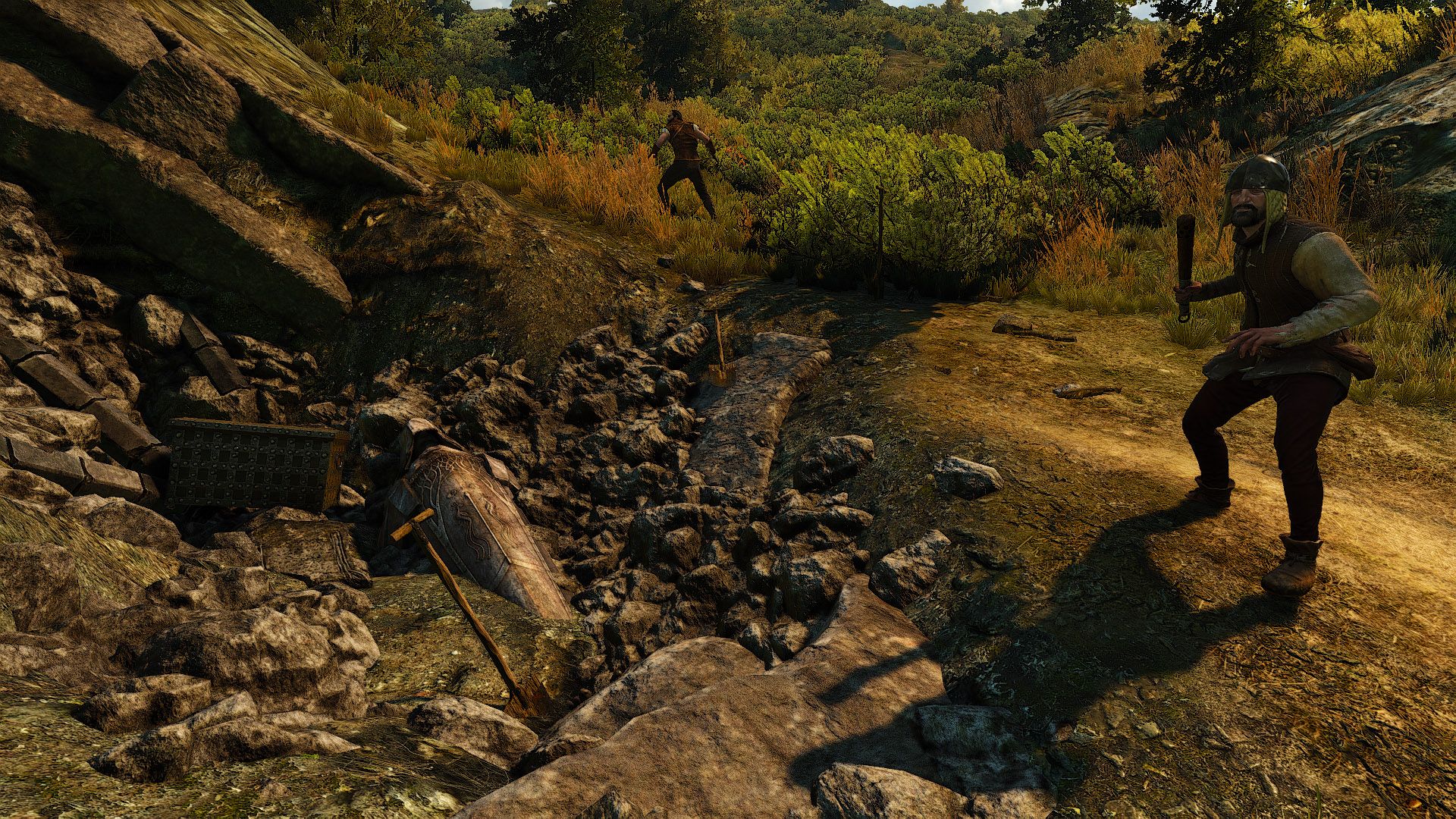 Again in Velen, look for the treasure marker south of Duen Hen. Head over there and search for a camp full of army deserters. They’re none too kind though, so you’ll have to rush their court-martial process and execute all of them.

Turns out, they’re also keeping some good stuff in their stash. Loot their corpses to find the notes and the key to their chest. The chest near their camp contains the relic sword Ultimatum which fetches quite a hefty sum when sold. Other items of value are also present. 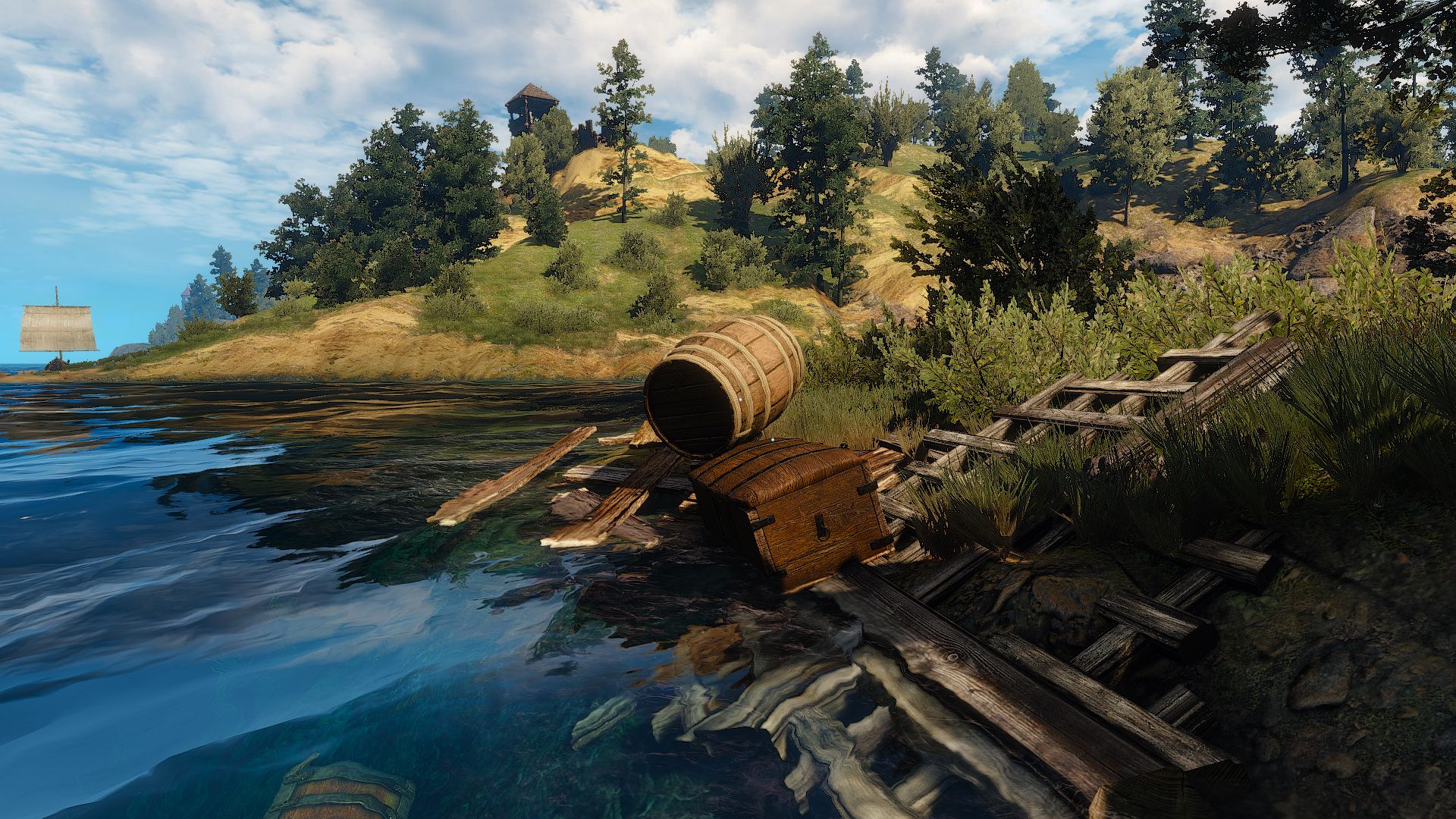 Ever thought about diving into the moat/river of Novigrad to look for treasure buried in the depths? Well, Coast of Wrecks makes sure you’re rewarded for that effort. Southeast of the Widow’s Grotto is a letter in a wrecked ship. From there, you can follow the breadcrumbs leading up to the sunken loot.

Do expect some drowners along the way and lots of hoops, as the questline can be demanding. The reward, however, is a bunch of diagrams and formulas for decoctions and bombs, all of which can make Geralt’s life easier. 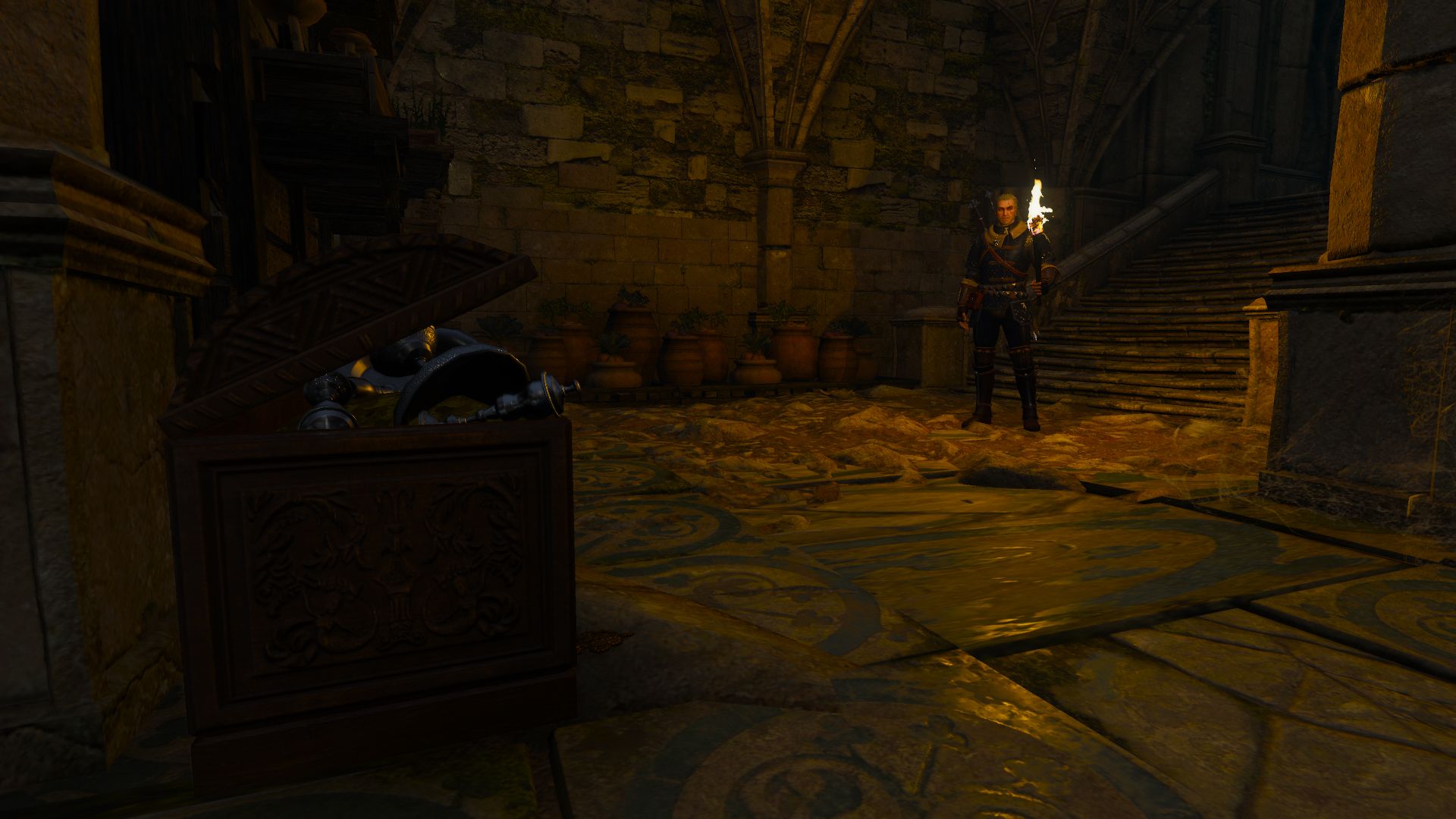 One of the most rewarding Treasure Hunt quests around, Spoontaneous Profits is only available for those who have the Blood and Wine expansion. It takes place in Toussaint and can be acquired during the La Cage au Fou quest. Players can return anytime to the house to get the key.

After that, it’s just a matter of looking for the Spoon Key in the Trastamara Estate Ruins and following where the quest chain takes you. The quest rewards players with a sword, some expensive and rare jewels, and some tasty food recipes. 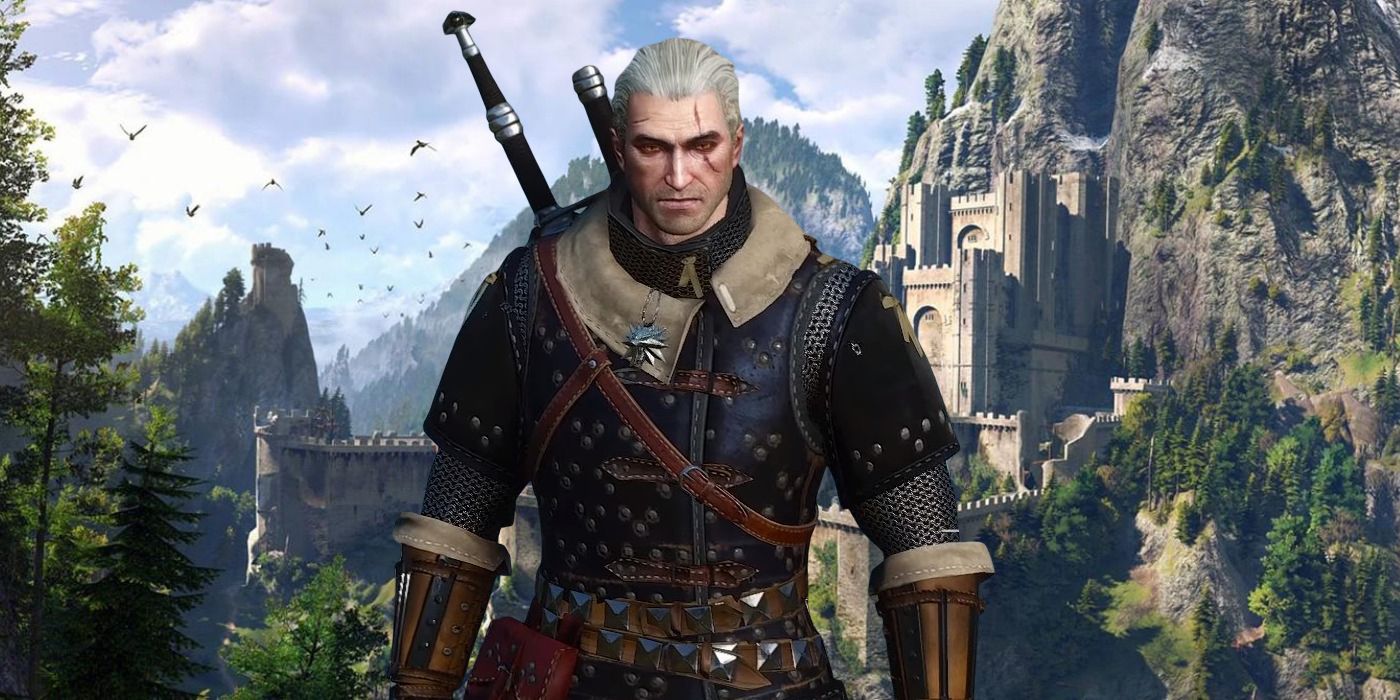 Of course, all other Treasure Hunts pale in comparison to what the Scavenger Hunts give to the players. They do count as Treasure Hunt quests too. They reward the best gear Geralt can have in his witchering career.

It’s mostly the armor you’re after as the witcher school swords aren’t exactly the best in the game; feel free to sell them once crafted, all you need is Aerondight and the crafted Toussaint Knight Steel Sword. Finding these quests isn’t hard either as they’re connected to side quests.

NEXT: Which The Witcher 3 Villain Are You, Based On Your Zodiac? 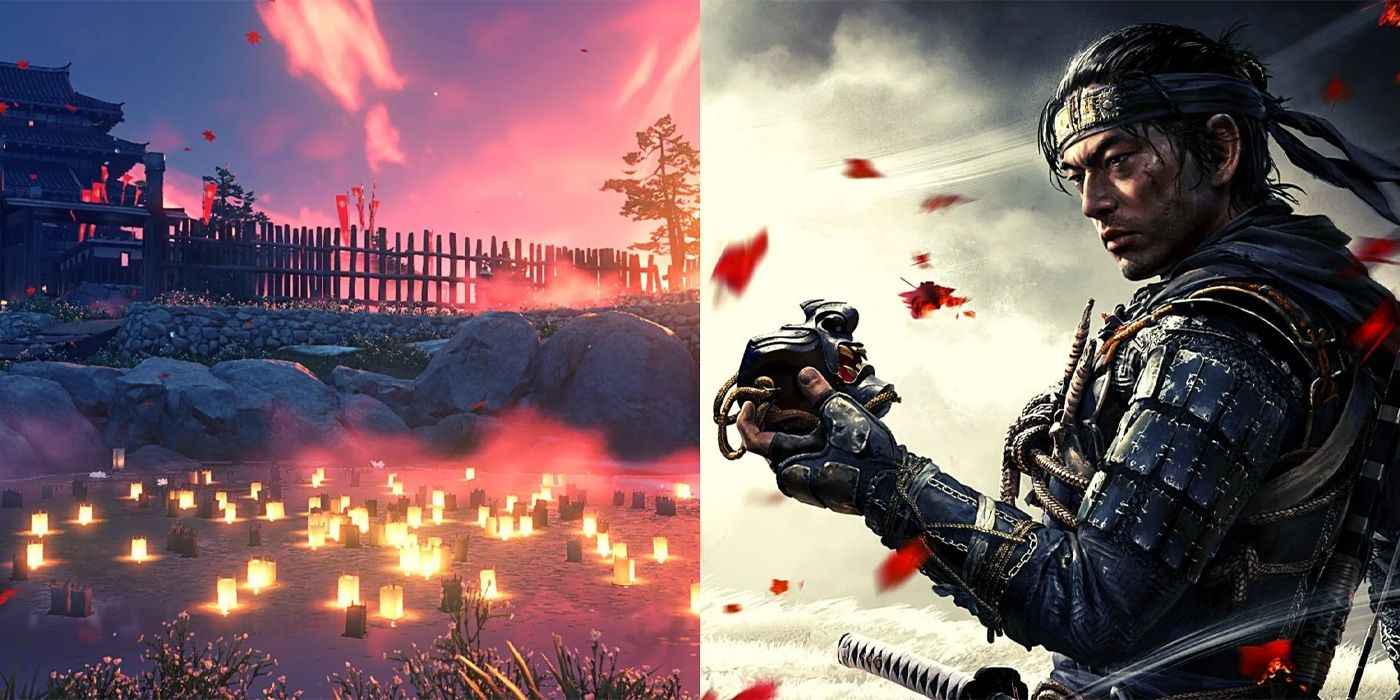