Just when you think The Witcher 3 couldn’t get any longer, you reach the Skellige Isles and a whole new world of quests open up, including the Master of the Area side quest. It might seem like a typical, if not boring, quest when you first encounter it, but there’s much more to this side quest than meets the eye. If you need some guidance on how to go about completing this quest and lift the curse for the villagers, we’ll show you the path.

Master Of The Arena – Hov

The first step of any quest is actually finding it, which in this case means locating the town of Hov. Obviously, you will need to have progressed in the story to the point where you can travel to Skellige, but should also be at least around level 15 to make this quest manageable. Based on the name, you should expect some challenging combat upcoming. 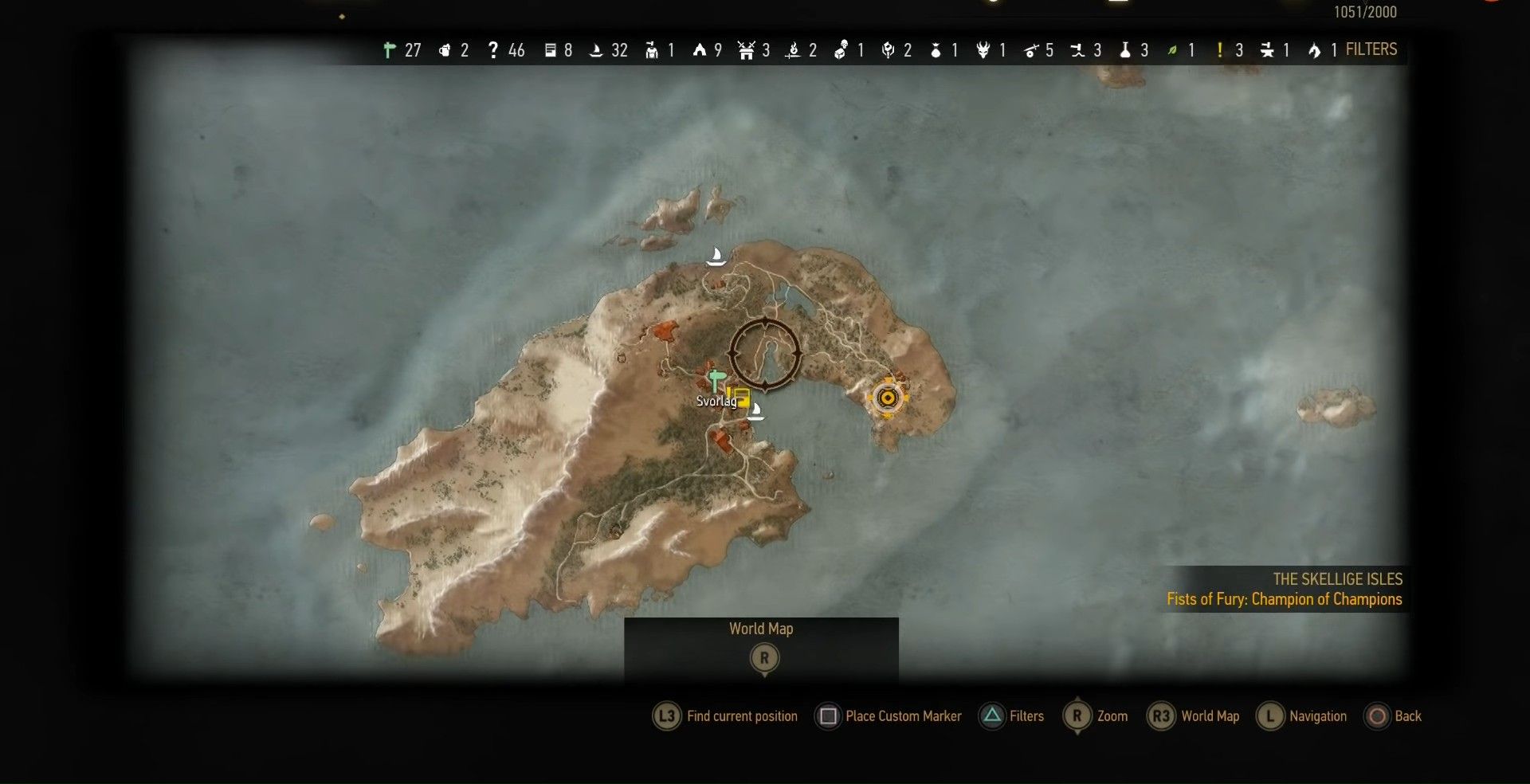 On Skellige, you need to first sail or fast travel over to the island of Spikeroog and into the town of Svorlag on the far Western side of the map. Here you’ll need to commandeer another boat to carry you across the island to finally reach Hov. Once you get close you should notice the quest indicator pop up. Make port and enter the town to overhear a conversation about a certain wraith haunting the arena and the quest will begin.

Witcher 3 Master Of The Arena – Talk To The Villagers 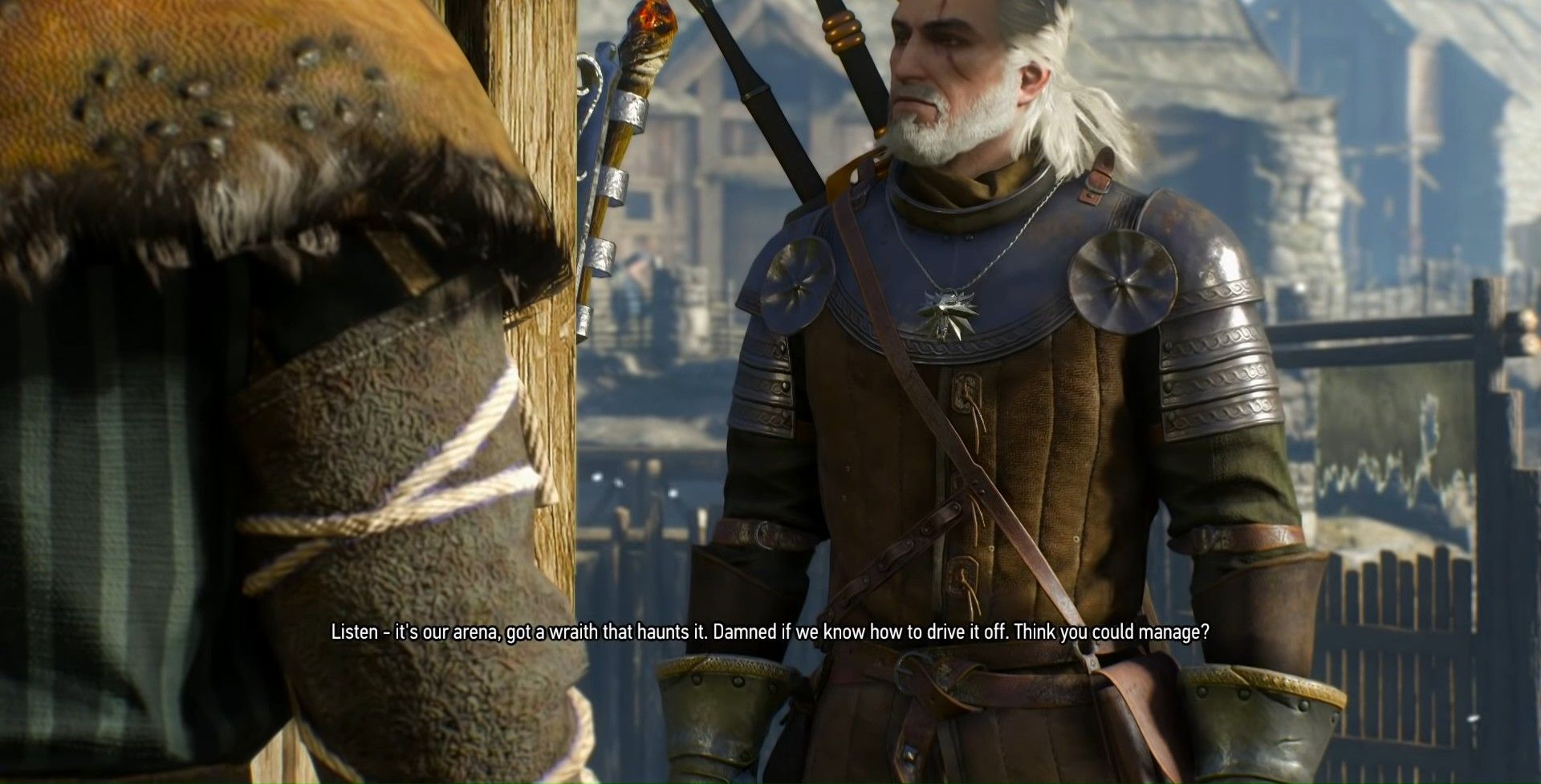 You’re sent to talk to two specific villagers in Hov, Gunnar and Lydrik, to learn more details about this supposed haunted arena. They’ll tell you all about the history of the arena, how it was once a popular spot for warriors to gather and compete until one fighter, Ulle the Unlucky, murdered his opponent in the ring by stabbing him in the back after being humiliated. It turns out that his opponent was not just any normal warrior, but a Jarl named Thormar who used his last breaths to put a curse on Ulle that said, “May ye lose again and again, for centuries on end.” Ulle’s ghost has haunted the arena ever since.

You stand to earn two rewards here, one for getting rid of Ulle’s vengeful spirit, and another once the arena is earning coin again.

Battle The Ghost Of The Arena 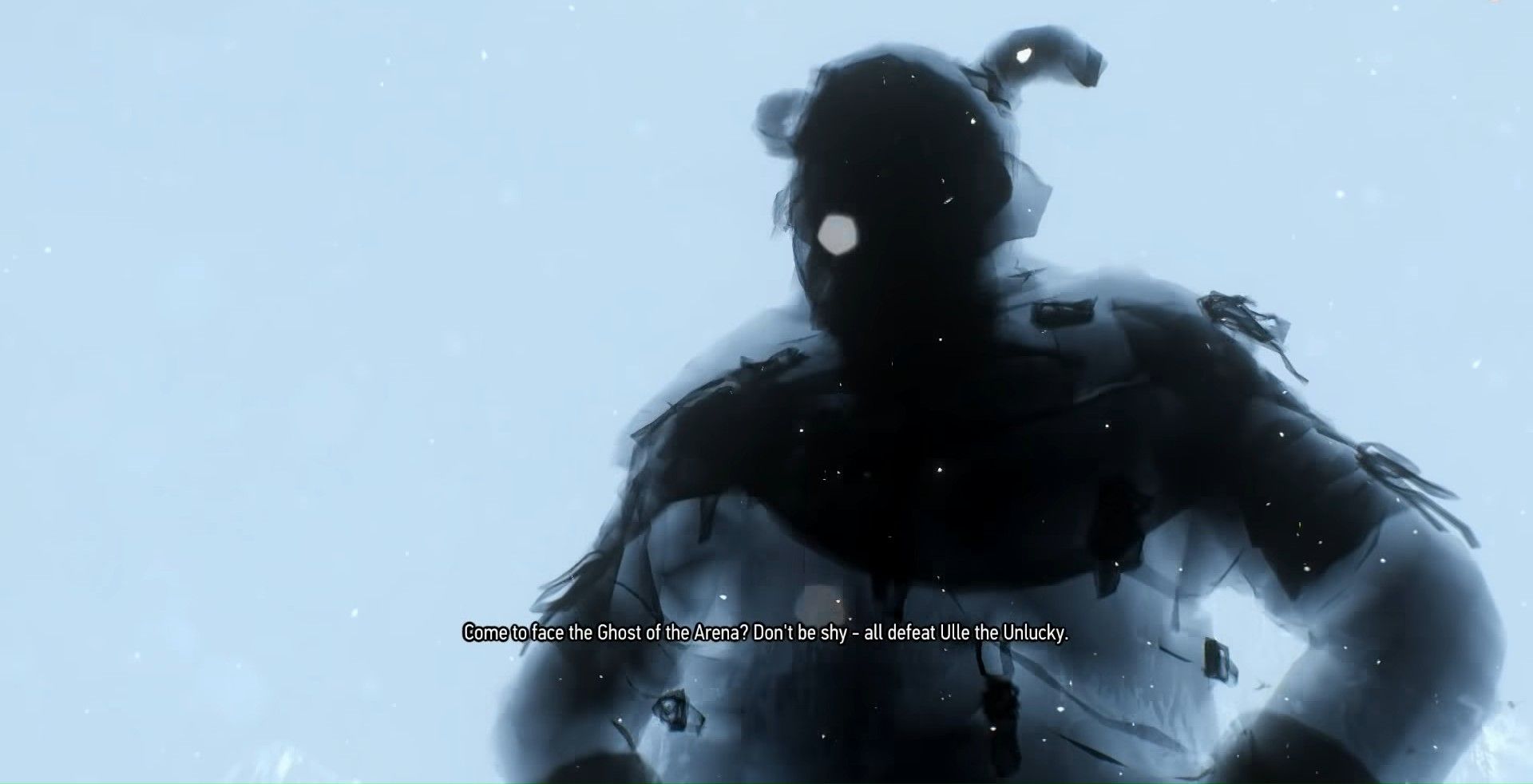 You don’t have to go far to find the arena, which is just below the tower where you spoke to Gunnar and Lydrik, so just make your way down and through the gate to find Ulle’s spirit waiting to face off, and lose, to a new challenger. He’s obviously spent enough time losing to know the drill, and essentially just wants to get the fight over with. Accept the challenge to fight.

There’s no trick to defeating this ghost. Ulle will go down as easy as they say. He’s slow, easy to dodge, and will basically just let you wail on him until his health is drained. However, beating Ulle will only continue the cycle. What you need to do instead is allow Ulle to finally achieve a victory. Let down your guard and let him hack at you until a cutscene triggers. 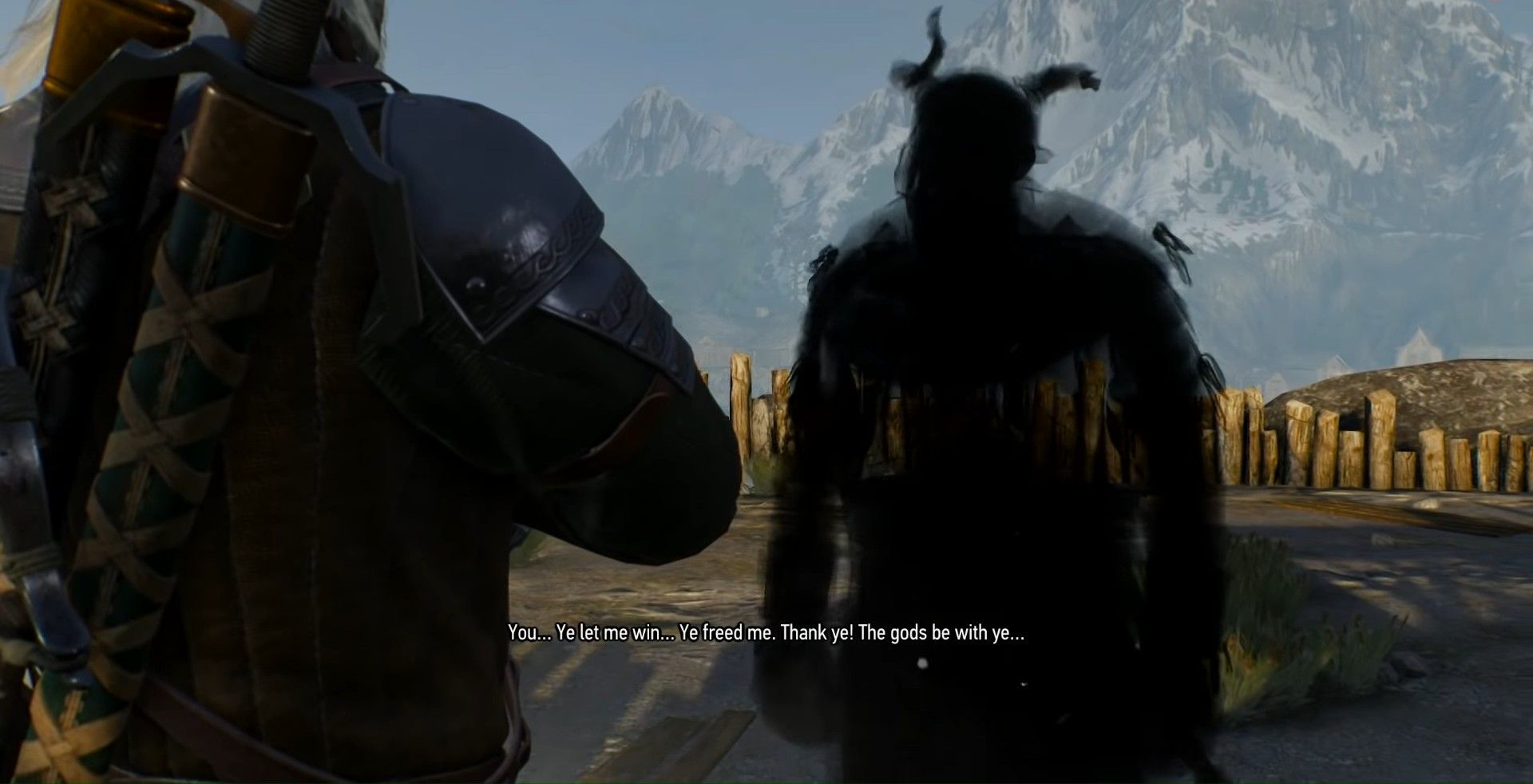 If you do defeat him, on accident or otherwise, just meditate for a full day and he will come back and you can try again.

Master Of The Arena – Ulle 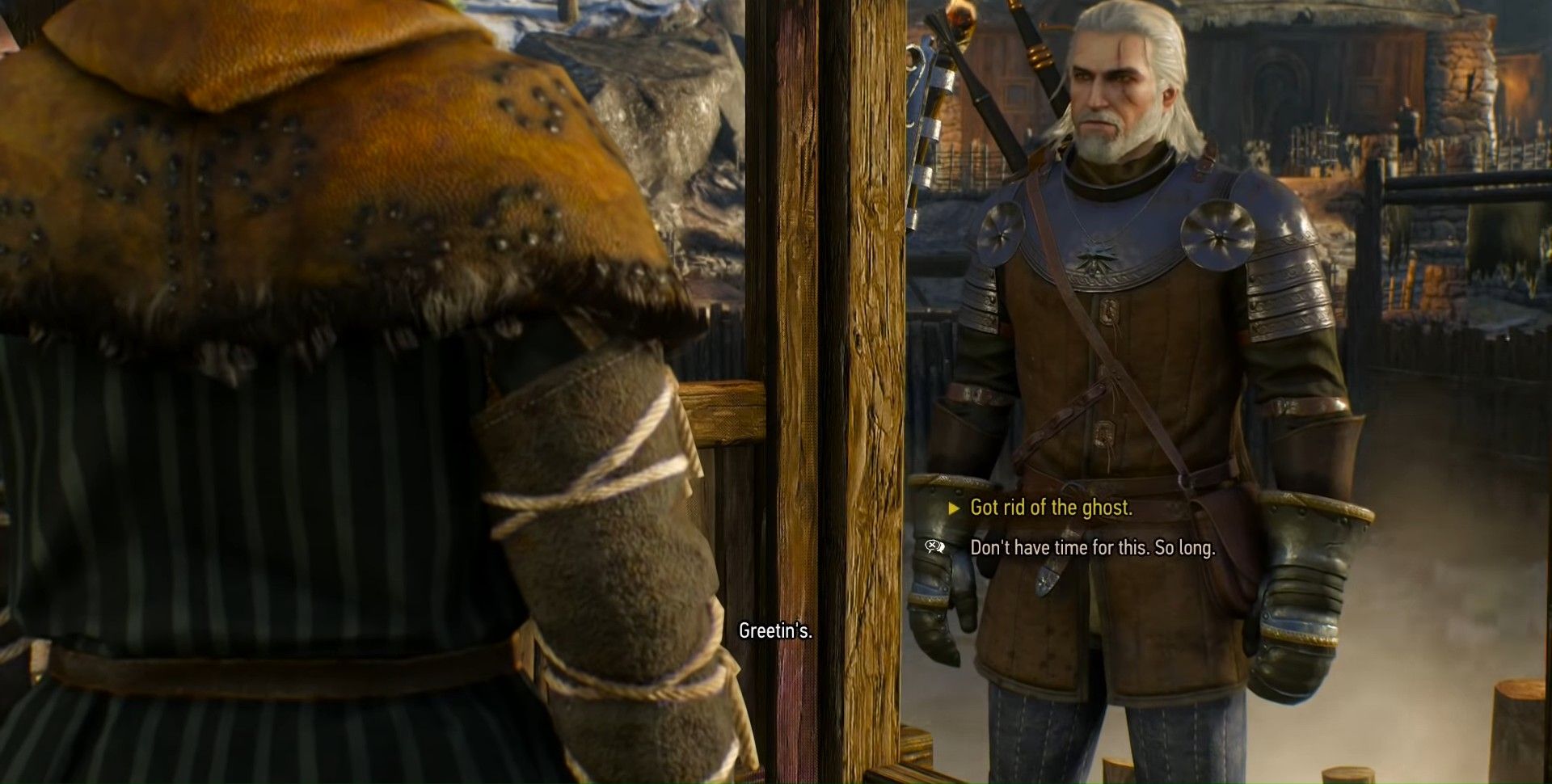 All that’s left now is to collect your reward from Gunnar and Lydrik, 15 Crowns plus an additional 20 if you return a few days later. You can just meditate for a while if you’d rather collect it all right away.