Following a transformative generation where Xbox recovered from a rocky start to deliver a successful, consumer-friendly approach, the gaming team at Microsoft is back with two consoles that do everything the Xbox One currently does, but better. Blazing fast load times, superb compatibility, and a ton of power combine with various quality-of-life adjustments to improve upon the Xbox One experience in noticeable ways. While an iterative approach may not give you the “wow” factor you expect when you power on your new console for the first time, the Xbox Series X and Xbox Series S undeniably provide you the best way to enjoy your library of Xbox games. 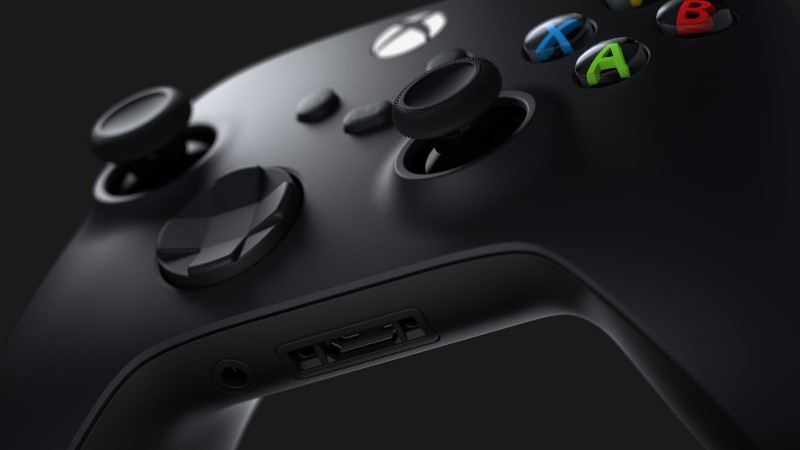 Coming off one of the greatest console controllers ever made with the Xbox One, Xbox chose to not reinvent the wheel with its next gamepad. The Xbox Series X/S wireless controller largely keeps the same form factor and functionality as its predecessor, but with a couple of refinements.

The Xbox Series X/S controller’s most noticeable addition is the new Share button. This button, located in the middle of the controller’s face, offers easier capture functionality. In the Xbox One generation, to capture a screenshot or record gameplay footage, you needed to press the Home button, wait for the side-menu to load, then press X or Y to capture. Unfortunately, some games automatically entered the pause menu if you hit the home button, making it difficult to capture the screenshot you wanted, while others kept the action going, leading to more than a few in-game deaths on my end. Thankfully, this controller’s Share button makes that a thing of the past. Now, you capture a screenshot by quickly pressing the button or record the last chunk of gameplay with a long press of the button. I love being able to quickly capture and share my gameplay screenshots and videos without throwing the brakes on the action or diverting my attention for more than a split-second.

The Xbox Series X/S controller also swaps out the plus-sign d-pad of last-gen for a hybrid multidirectional d-pad for increased versatility. I’m pleasantly surprised by how precise the new d-pad feels; playing side-scrolling games like Sonic Mania or Dead Cells felt as great as ever, and the d-pad has a satisfying click to it.

The controller features improved grip on the handles, triggers, and bumpers, plus a 3.5mm headset jack, and a USB-C connection port. Unfortunately, the controller still uses two double-A batteries, which feels downright archaic in 2020. I don’t expect a stock controller to have the awesome rechargeable battery of the premium Xbox Elite Wireless Controller Series 2, but it’s annoying to have to keep double-A batteries nearby at all times. If you want to avoid regularly swapping out batteries, Xbox does sell official rechargeable battery packs. If you’d prefer to stick with your existing Xbox One controller, you can use that without losing any functionality aside from the Share button.

While everyone is looking forward to the new games they’ll play on these systems at launch and in the future, many of us have accumulated impressive collections of games we already love. With that in mind, Xbox did an outstanding job of making sure almost anything you enjoyed doing on Xbox One can be done on Xbox Series X/S.

It all starts with software compatibility. Sure, all your favorite streaming apps make the leap to this generation, but outside of a handful of Kinect titles, every game that runs on Xbox One can run on Xbox Series X/S from day one. That means that in addition to the vast library of Xbox One titles, you can also access the backwards-compatible-enabled Xbox 360 and original Xbox library. I loved turning my Xbox Series X on for the first time, long before any new-gen games had arrived, and instantly having access to the large library of Xbox games I already own. Most people don’t buy new hardware to play old games, but when the games I already know and love benefit from the better hardware (including better framerate, higher resolution, smoother gameplay, better load times, and added HDR), it’s nice to not have to start from scratch. Additionally, if there is an Xbox Series X/S version of a game you own on Xbox One, developers can utilize Smart Delivery to get you the best version of the game on the console you’re using at no additional cost.

Not only do all of your games and apps make the generational leap, but Xbox took things a step further: Every accessory you own for Xbox One automatically works with Xbox Series X/S. I was able to pair my third-party wireless Xbox One headset and Elite Series 2 controller as if they were made for Series X/S. Even the Rock Band 4 USB legacy adapter plugged in and worked immediately. Upgrading to a new console is always expensive, and this level of peripheral compatibility means I don’t have to worry about buying a second controller for my player 2 or a new headset on top of the several-hundred-dollar investment. Unfortunately, Xbox Series X/S follows in the footsteps of Xbox One in not supporting Bluetooth headsets.

I was impressed with how simple moving my library to the new consoles proved to be. I had the option to either redownload them or save my bandwidth by simply plugging in the external HDD I was using on my Xbox One X. Once connected, the Xbox Series X/S immediately populated my games library with the titles on the external hard drive. It was largely a smooth process, but moving Rock Band 4 with my more-than 1,500 DLC songs across storage units did temporarily bring the system to its knees.

The Xbox Series X/S is the most compatible console we’ve likely ever seen. By veering close to PC-like compatibility, Xbox delivers on its platform uniformity goal. Xbox has not only set the standard for compatibility in an industry with a spotty track record, but it has thrown down the gauntlet and brought an extremely consumer-friendly approach.

The Xbox Series X and Xbox Series S introduce superb quality-of-life improvements like Quick Resume and the reduced load times over Xbox One or even Xbox One X, but don’t expect a markedly different or revolutionary leap forward when you first power on the system. If you’re simply looking for the best place to play your library of past, present, and future Xbox games, look no further