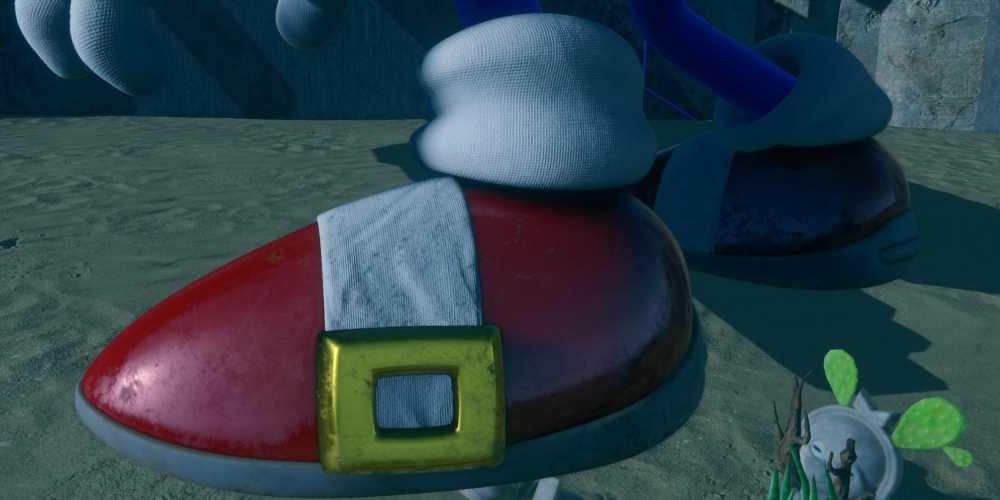 Sonic Frontiers launched last week and it appears to have gone over pretty well with most fans of the hedgehog. That doesn't mean it can't be improved upon, which is why one modder has made the blue blur look even better by giving Sonic a 4K makeover.

Modders always work fast, and it has taken spoonScribble less than a week to polish the hedgehog, making him look better than ever before. Sonic's Frontiers model has been improved upon visually in every single way. His fur, his skin, and even Sonic's shoes have been given the 4K treatment, making Sega's iconic mascot shine in his brand-new world.

In fact, in some cases, the mod makes Sonic shine a little too much. When the mod is applied, Sonic “lights up like a Christmas tree” in cutscenes for some reason, something spoonScribble is aware of and is working on a fix as you read this. If you play Frontiers on PC and you'd like Sonic to be presented in glorious 4K, you can download and apply the mode right now for free through GameBanana.

It should be noted that Sonic is the only element of the game the mod will alter for the time being, but spoonScribble is working on polishing even more of Frontiers' characters. Super Sonic is up next, which only makes sense since that's just a chaos emerald-powered version of the main character, and the hedgehog's buddies will follow. That includes the Koco, the new characters that call the Starfall Islands home which Sonic is tasked with gathering up and returning to their Elder.

Frontiers' players have quickly been making discoveries about the new game as they dig deeper into its story and yes, elements that were scrapped and previously hidden. Unused dialogue has already revealed Sonic was supposed to lose his memory, and that he definitely has a crush on Amy. Will those things now be included in Sonic's very scrambled timeline? That'll be a decision for whoever Sega hires to untangle the series' lore.