Exploring space in a video game is generally one of two things: the most mind-numbing experience ever, or a jaw-dropping adventure. It partly depends on the player as to which kind of experience they receive, too; some people just aren’t wired to enjoy these kinds of games.

They’re (generally) chill, time-consuming journies that require the right mindset, and the right expectations. But when these games hit just right, they’re some of the most rewarding gaming experiences out there. Here are ten of the best space games out there with a heavy emphasis on space exploration:

Updated on September 14th, 2020, by Richard Keller: Space might be the final frontier, but the games that explore it seem infinite. You can thank their creators for this. It’s their collective imaginations that take us to planets and galaxies beyond our belief. Here are a few more space exploration games considered the best. 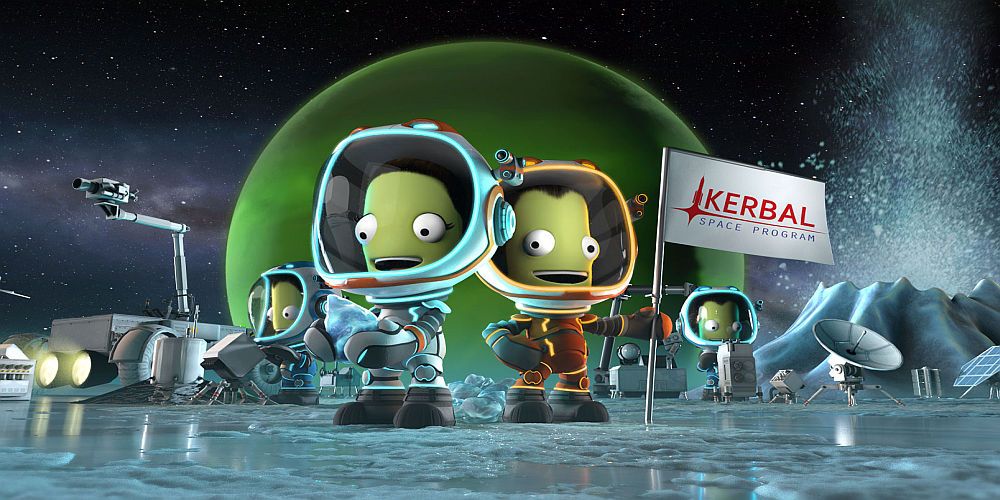 Sometimes, the enjoyable part of space exploration is figuring out how to get there in the first place. Kerbal Space Program does this three ways. First is through the Sandbox that lets players find the right combination of parts. It not only allows them to parse the atmosphere but also land on a planet.

Career allows a player to grow their space program from the ground up. Science combines a bit of Sandbox to reveal the right way to build a spaceship or land on a planet. Kerbal Space Program is a game that remains fresh hours or weeks later. 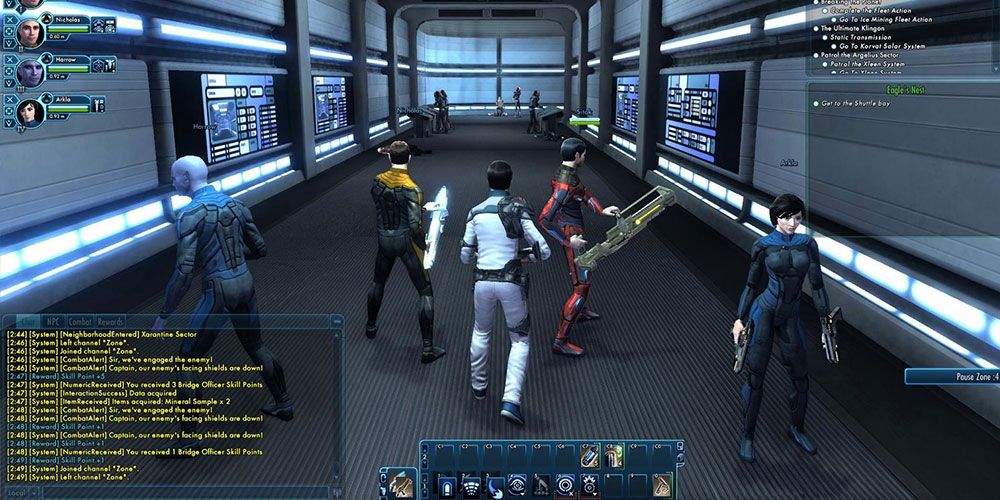 Despite its initial bumps, Star Trek Online has become an extremely popular game that combines space missions with combat. It lives up to its origins with a mix of space exploration, alien encounters, and one-on-one battles.

What makes Star Trek Online different than some of the other games listed here is its fans. During an adventure, lovers of the original series, TNS, DS9, and other Trek incarnations gather together to help each other out. It can resemble an online convention at times. 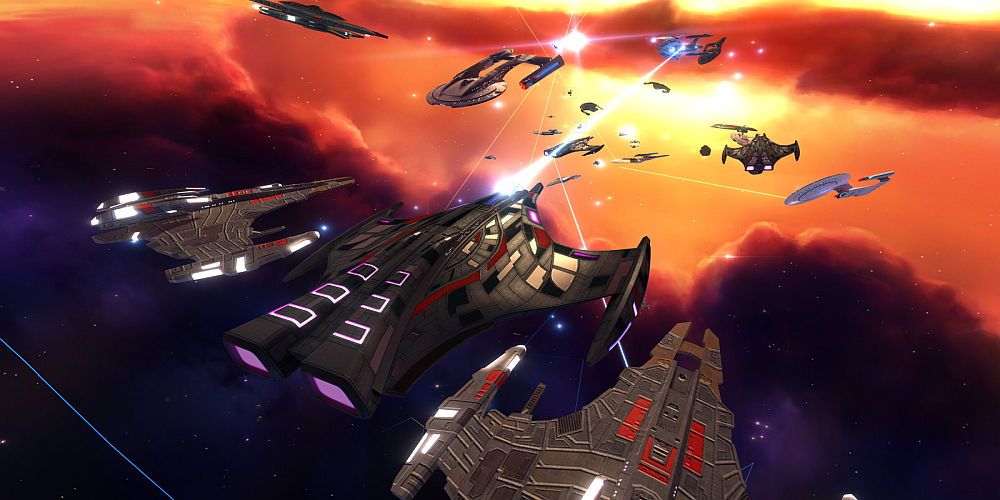 Released in the 00s, Homeworld remains a classic strategy game with a beautiful user interface. On top of its main goal of returning characters to their home planet, the game is filled with triumph and tragedy in every chapter.

For first-time players, Homeworld can seem daunting. Multiple ships fly around each other in a quest to find the right path home. Yet, if a player uses a zoom out function, they’ll see how alone this fleet is. 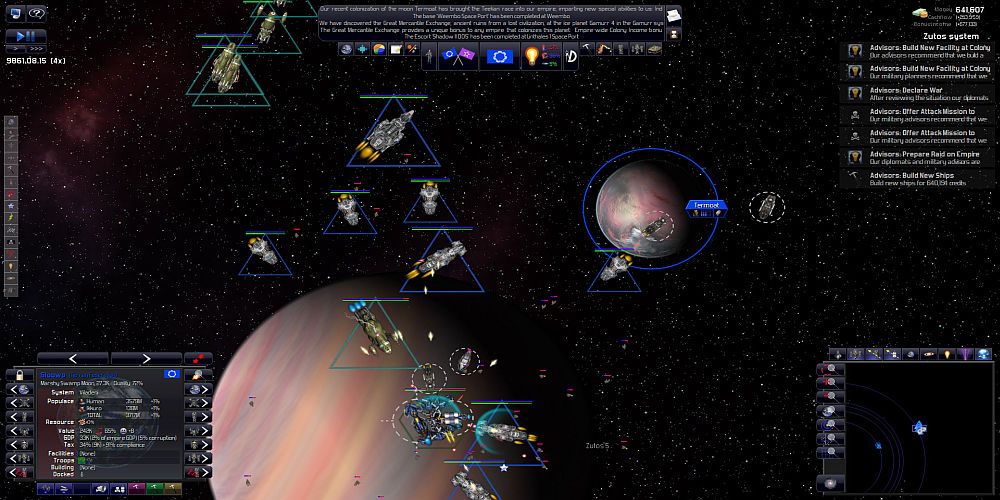 Distant Worlds is for players who like to build scenarios. When done, they can explore their part of the universe while they seek new civilizations. Not only do they find these alien populations, but players also have to work some trade with them to survive.

Since the player is one part of a massive intergalactic empire, Distant Worlds allows them to be in everyone’s business. Thus, there aren’t many times where they sit back and watch the view. 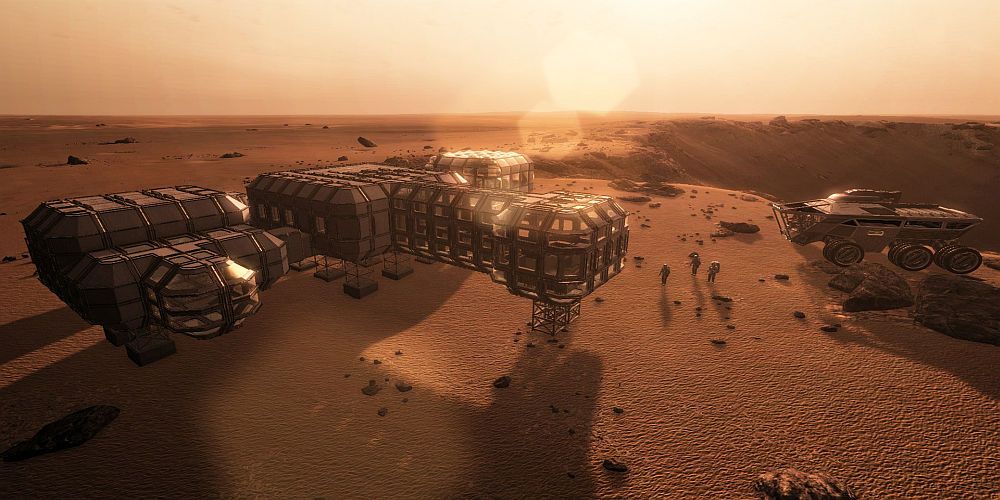 Take On Mars is for players who like to combine real science with their gameplay. In addition to visiting the Red Planet, players can journey to its two moons and the asteroid belt.

While on Mars’ surface, players climb into their rover to visit its numerous tourist attractions. At some point, they can begin to construct bases and habitats. Overall, Take On Mars is great for those eager for real astronauts to make the journey. 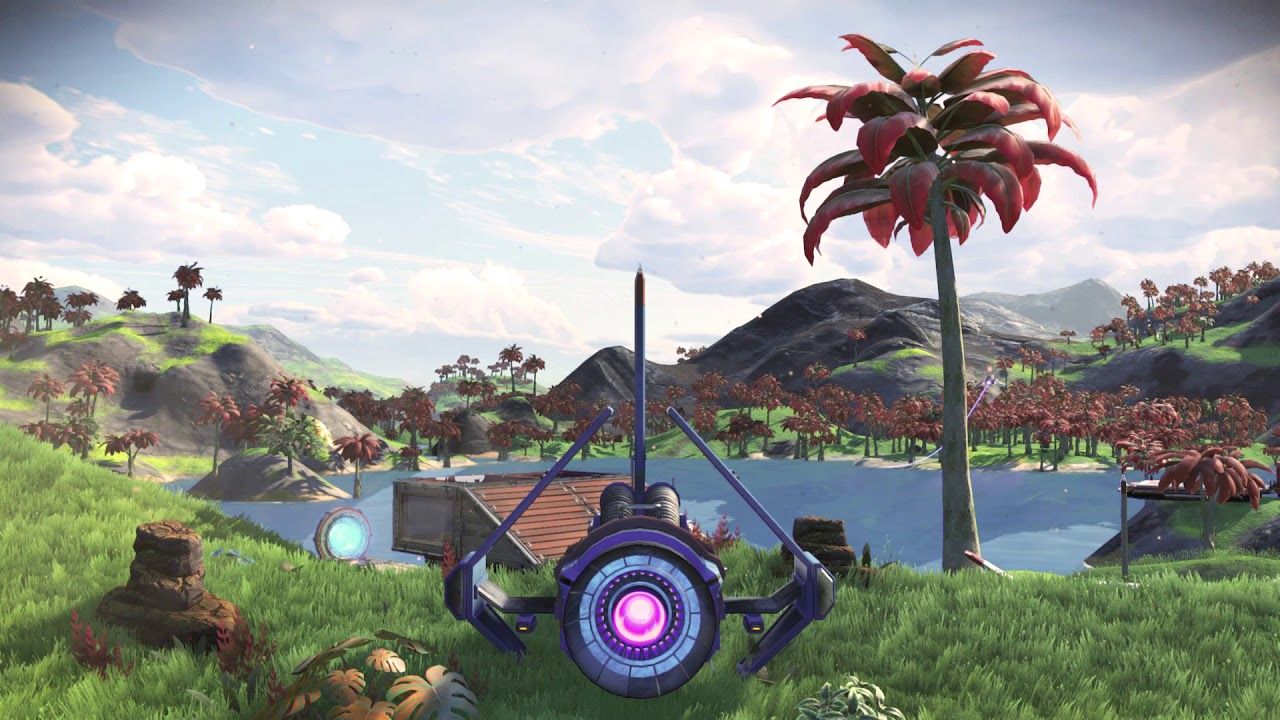 This list could never be complete without No Man’s Sky. Let’s just skip over the part everybody talks about with this game, and just get to the good stuff: if you’re looking for a game about exploring space and the planets/moons therein, there is possibly no better choice than this.

Sure, there are certain things that this game lacks; you aren’t going to find any sprawling space-cities, for example. But if you just want to bum around the stars for a while, documenting the experience like an adventurer, then this game has to be on your must-play list. 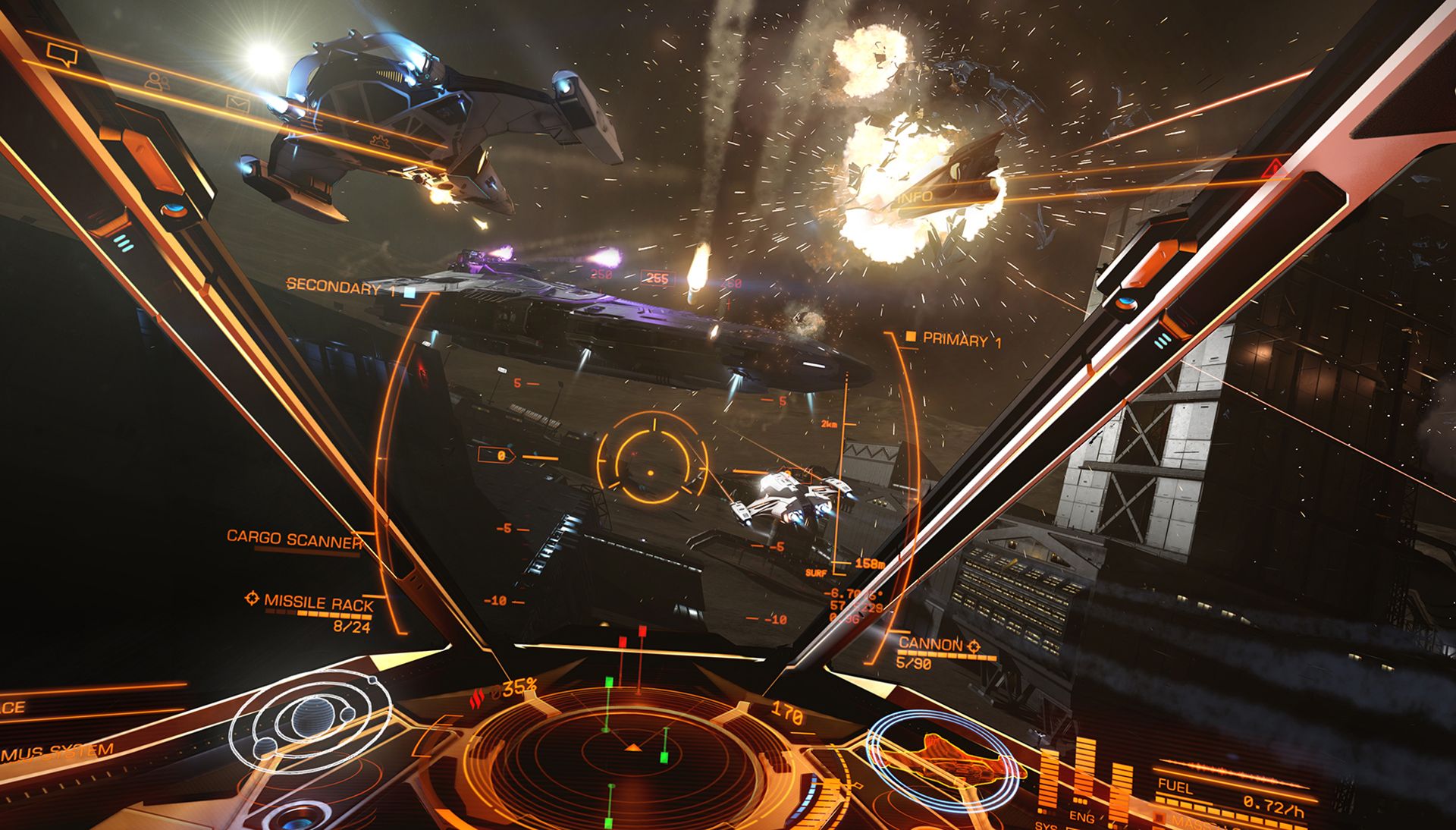 Another game that’s obvious for this list is Elite Dangerous. While this game isn’t on the same scale as No Man’s Sky, that doesn’t mean it’s small, by any stretch. The entire Milky Way on a 1:1 scale is present here, complete with current scientific principles, data, and theories.

This is, possibly, the best representation of space out there right now, chock full of space-objects you’d expect to see like stars, planets, and moons, and some other space objects that you won’t be quite as familiar with, like black holes, pulsars/neutron stars, and more. If you love space, this is a game you have got to try out. (Psst, it’s in VR, too!) 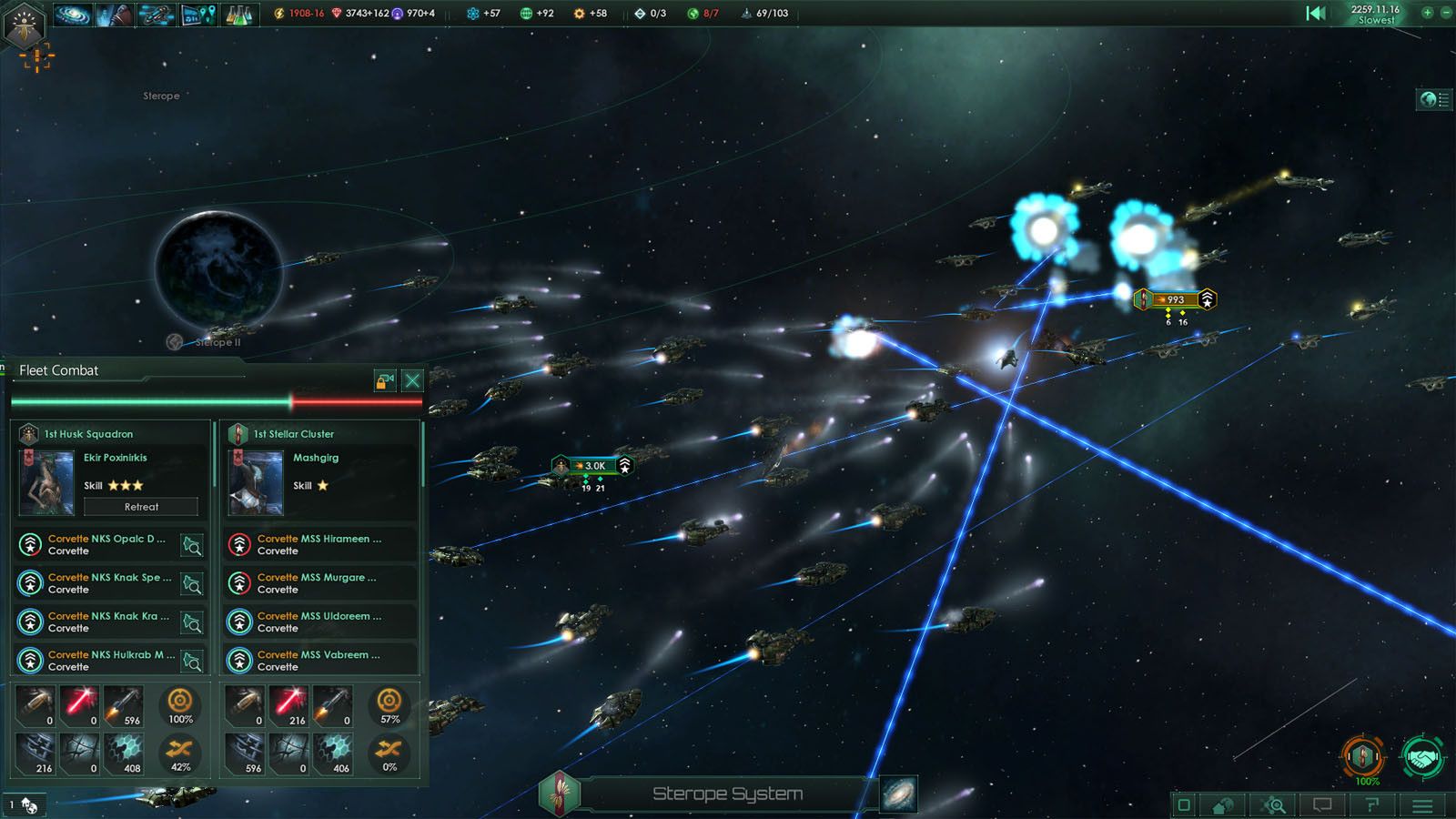 Classified in the “Grand Strategy” genre of games, Stellaris is all about leading your civilization of space-dwellers into the future as successfully as possible. There are whole galaxies to explore, learn about, and figure out how to thrive in.

A near-infinite variety of species and traits means that every playthrough is going to be a vastly different experience, requiring you to adapt to both the galaxy and play to the strengths of the species you’re currently leading. 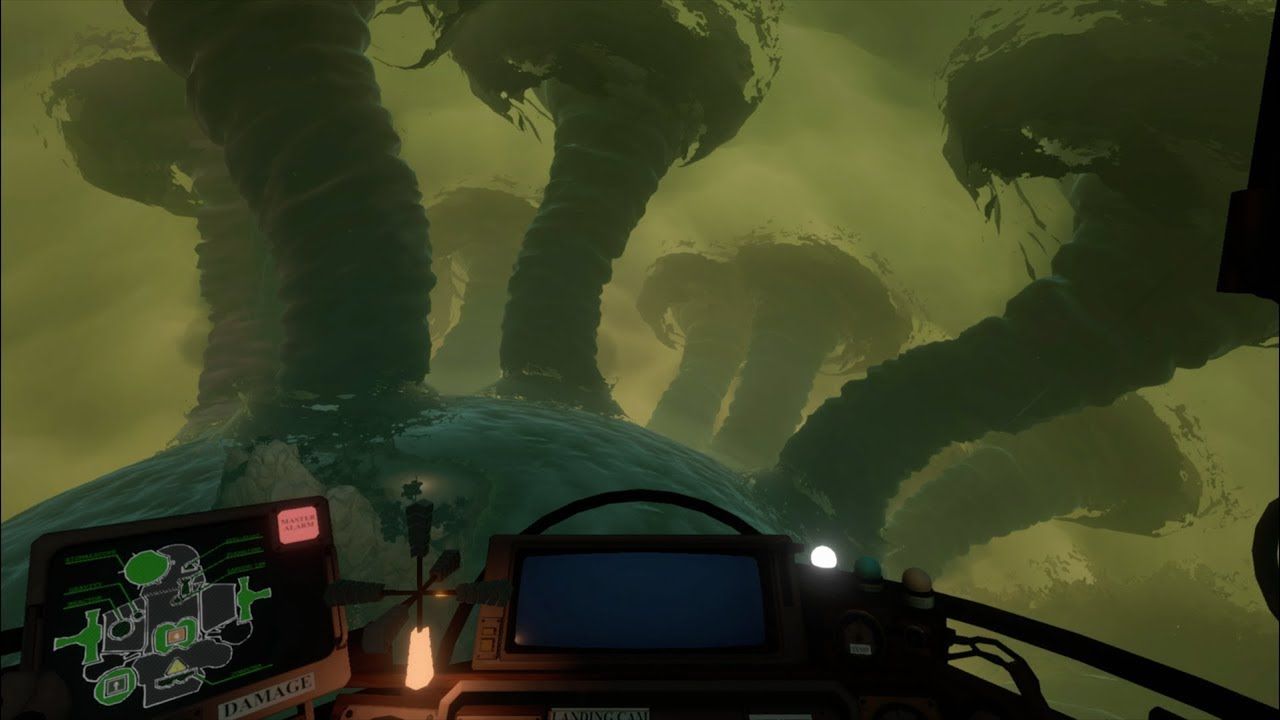 The newest game on this list, Outer Wilds looks at space exploration a little bit differently. To keep the description brief (and to avoid spoilers), the premise is that you have twenty-two minutes before the local star goes supernova.

Once this happens, the loop resets, and you begin again. Figure out the clues all around you and use them to your advantage in each new cycle, and you’ll start to figure out what’s going on. 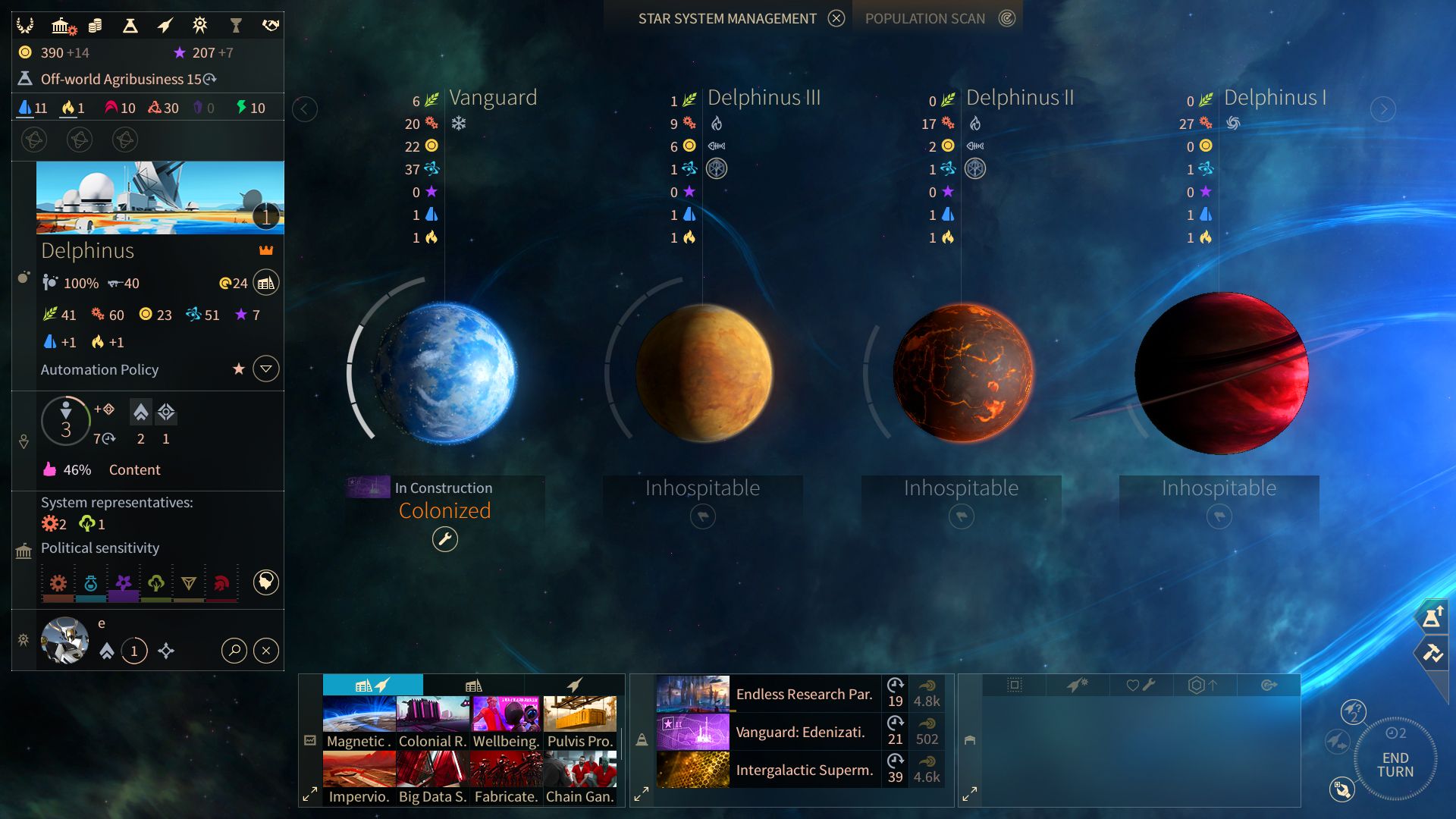 A 4x space-strategy game, Endless Space 2 tries to offer a more tailored experience than Stellaris, with eight pre-made factions as opposed to nearly-unlimited random ones.

Still, there’s a lot of things to explore here, with space opening itself up to either help you on your quest to being a lasting civilization, or throw obstacles in your way you’ll either need to figure out how to deal with or die. 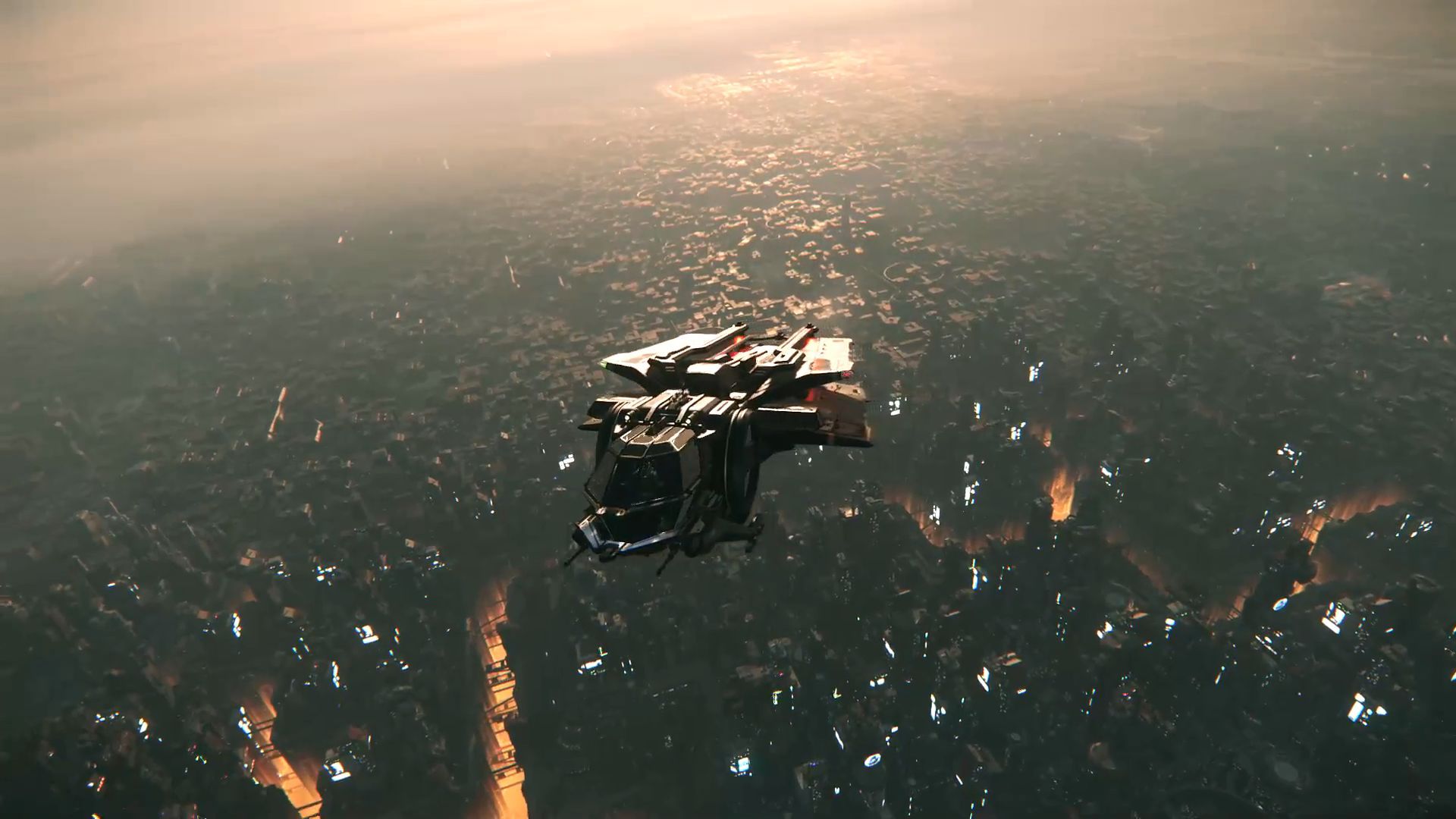 Star Citizen is not a finished game, nor does that even seem on the near horizon. So why is it on this list? Because Star Citizen is seemingly putting in all of the time and energy necessary to make one of the most impressive, if not the objectively most impressive space game of all time.

This game nails the intricate details necessary to make you truly believe you’re out exploring space, or wandering around a planet, all while attempting to give you actual AAA-style missions and stories at the same time. I mean, there’s an entire planet (an ENTIRE PLANET) that is a city. The whole planet. Seriously. It’s nuts. 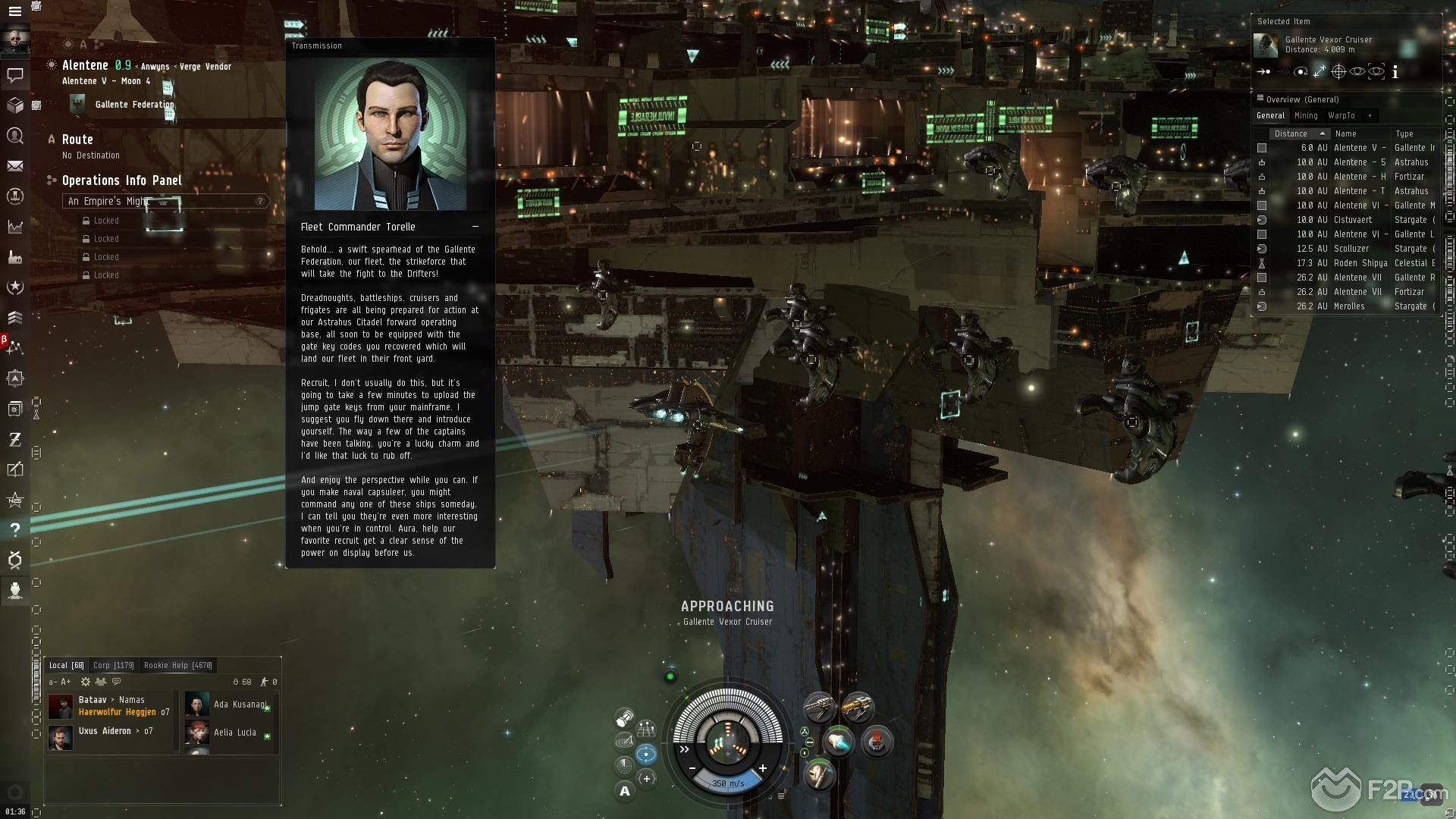 One of the mainstays in the space game genre for over a decade, Eve Online has stayed relevant because it’s stayed good. Constantly updated, iterated upon, and improved, Eve Online puts players in the forefront of the experience, letting the universe be as lawful or as lawless as the players dictate.

This leads to somewhat of a social experiment, as players betray each other, come together, or any number of other shenanigans that cements them in the Eve Online history books. 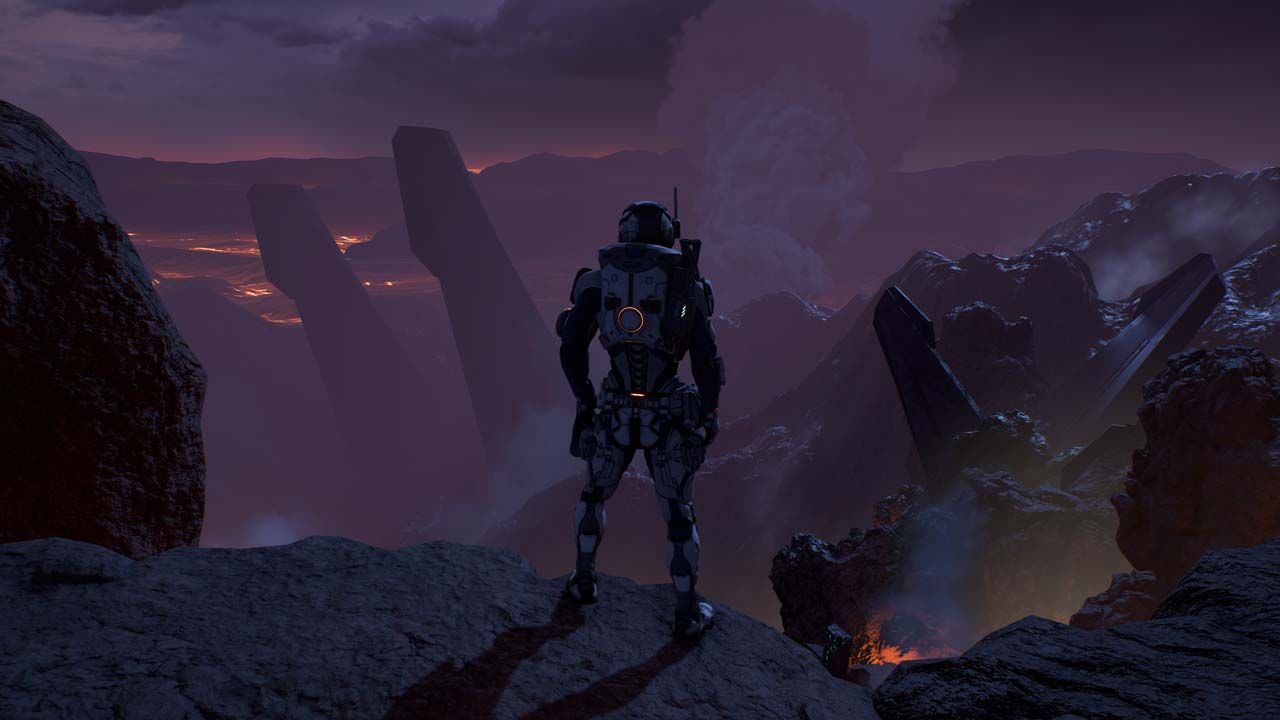 At its heart, every Mass Effect game is telling a story, but along the way, there are plenty of planets to explore, too. Sometimes, handcrafted experiences lend themselves to more rewarding exploration; think of games like Mass Effect or Subnautica.

That doesn’t necessarily mean they’re better games than the procedurally generated variety like No Man’s Sky or Minecraft, they’re just a different style. For folks who want to know everything they’re doing and everywhere they’re going matters, the Mass Effect series might be a better option than some of these other games. 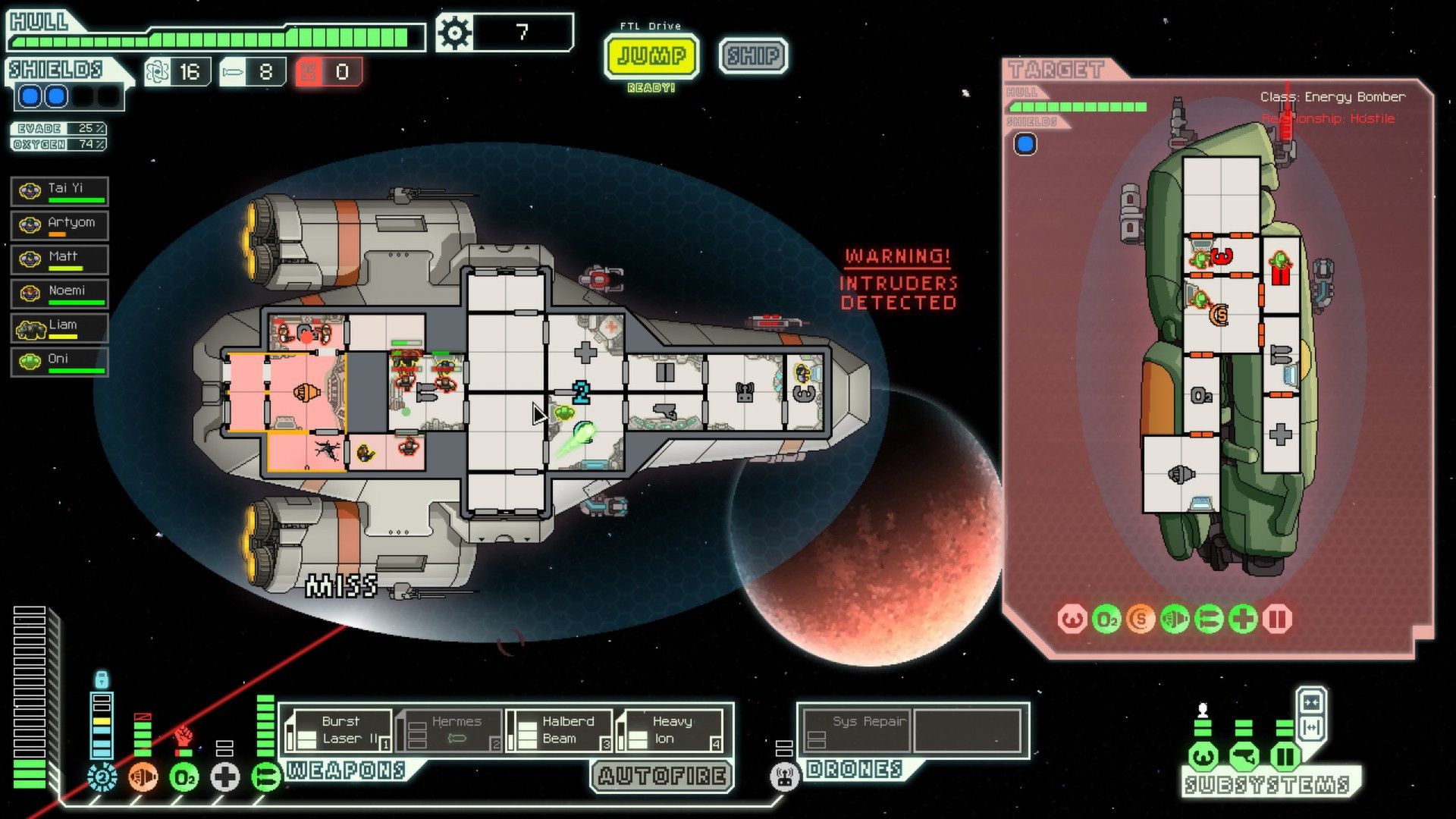 One of the only games considered “roguelike” on this list, Faster Than Light (FTL) randomly generates a new galaxy with each playthrough, as you and your crew struggle to stay alive in the harsh and unforgiving galaxy.

This game is one of the most unique on this list, adopting a top-down style and plenty of text-based encounters that force you to make tough decisions that could mean the end of the line for you and your crew. 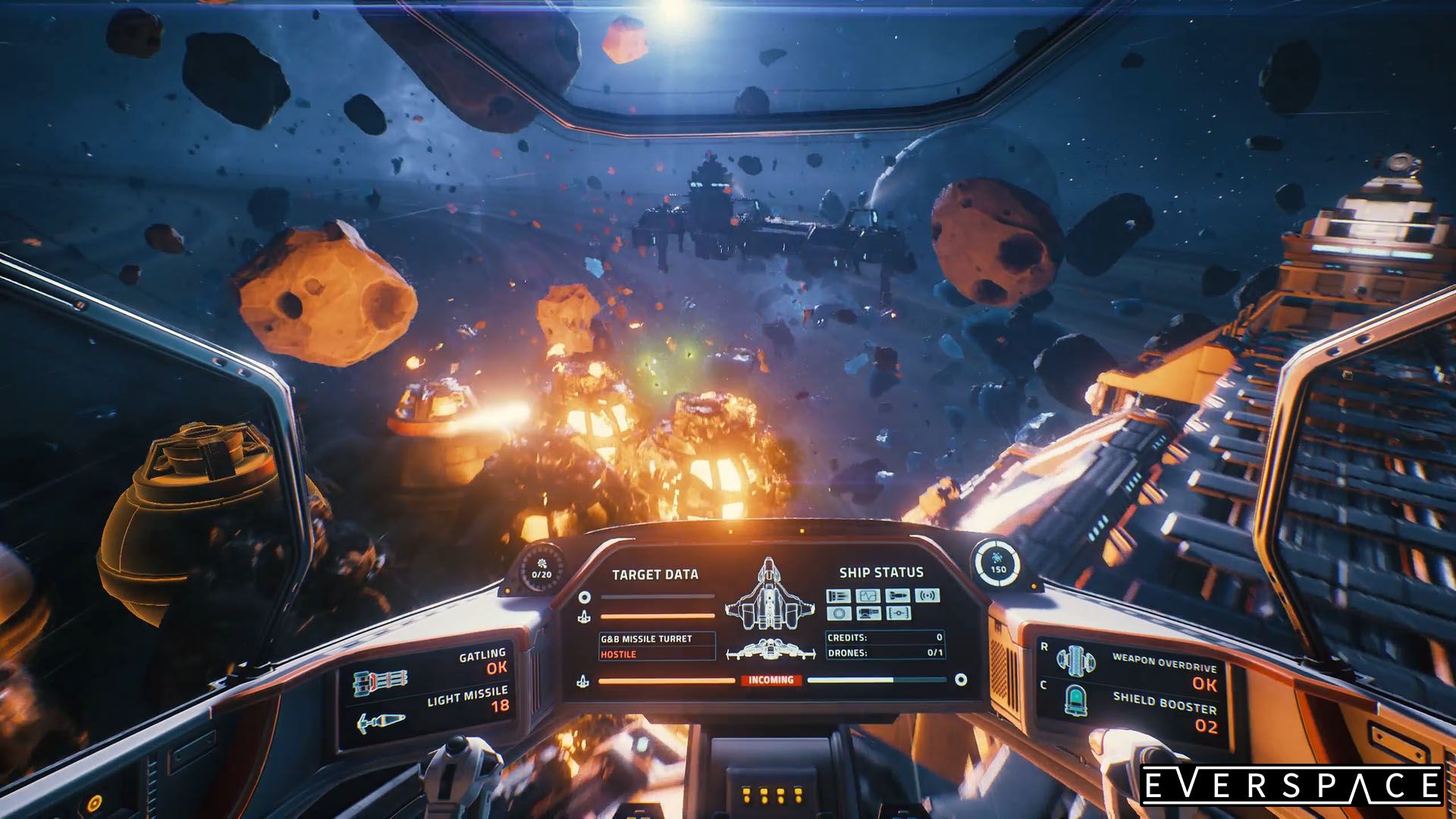 Everspace is the only other rogue-like game on this list other than FTL. Everspace is, at the forefront, an action game with an interesting story and a universe that’s constantly changing. One of the unique things about Everspace is that death doesn’t necessarily mean that you have to start from scratch.

Progress will reset, but the certain you’ve gathered throughout your playthroughs will stay. Since some progress is always going to be moving forward, every run is going to be a little bit easier than the last.