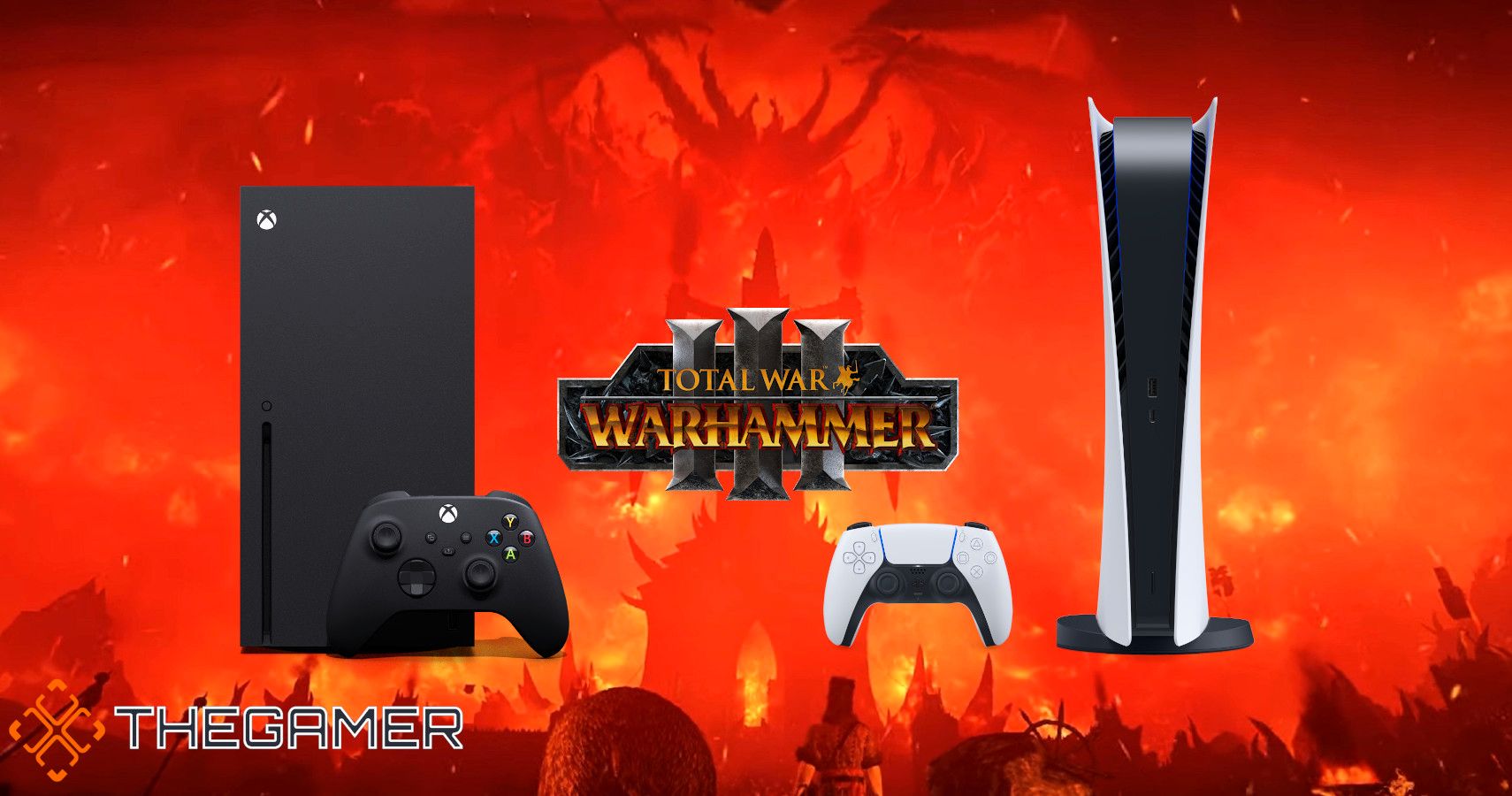 Console owner fans of Creative Assembly’s Total War franchise should rejoice, as their lead battle designer, Jim Whitson, is “looking forward” to the day the series makes its way onto consoles. The Total War games have long been exclusive to PC – apart from mobile ports of Rome: Total War – and blend turn-based strategy with real-time tactics. The game franchise has depicted many eras of combat, from Rome to feudal Japan, and even the Games Workshop’s fictional Warhammer universe. Hopefully, players will soon be able to experience the franchise’s epic battles on their TVs as well as their monitors.

In the Total War campaigns, players coordinate troop movements and manage settlements in turn-based gameplay. The game switches gear when two opposing armies meet, however, and the ensuing fight happens in real-time. Creative Assembly is currently working on Total War: Warhammer 3, set in the Realm of Chaos, the source of Warhammer’s magic. The newest installment in Total War’s Warhammer series doesn’t have a release date yet, but it’s expected sometime later this year.

Jim states that while “I’m no great expert it seems that the distinctions between the different platforms are ever narrowing, I mean, there’s the whole concept of streaming and so on now.” The technology behind streaming games directly to PC and consoles rather than having to download or own them on disc is constantly being refined and improved – PlayStation Now recently rolled out 1080p game streaming.

Jim continues, “hopefully in the future [platform distinctions] will disappear entirely and it won’t even debate any longer.” Whatever is used to actually play is “just a way of interfacing with a game, so yeah looking forward to that day, personally.” Cross-platform play is already helping to break down the barriers between friends on different hardware, and while it still isn’t perfect, it’s doing a good job of ensuring friends can play no matter what system they chose to play on. Hopefully, cross-play will be a feature of the Total War games if they do make it to console one day.