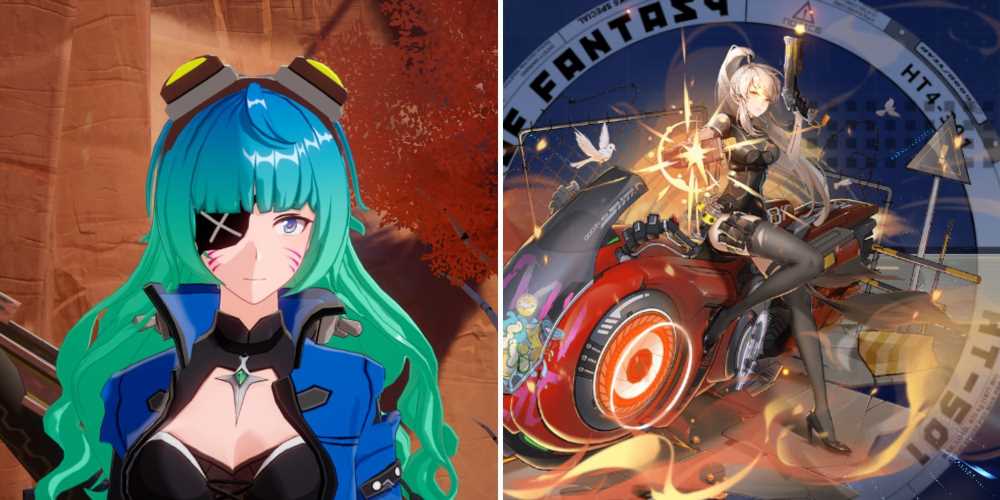 One of the most attractive parts of Tower Of Fantasy is its gacha system, and being an MMORPG it's hard to introduce a system like this in line with the background of the game, but the developers have done it perfectly by creating a lore-related explanation for the main character to be able to use different characters and weapons.

The main reason to pull on the summoning system is to obtain Simulacra. These are basically characters that come with their special weapon. Once you acquire a Simulacra, you can use that weapon on any other character of your choice. It's possible to equip three different weapons on your character. 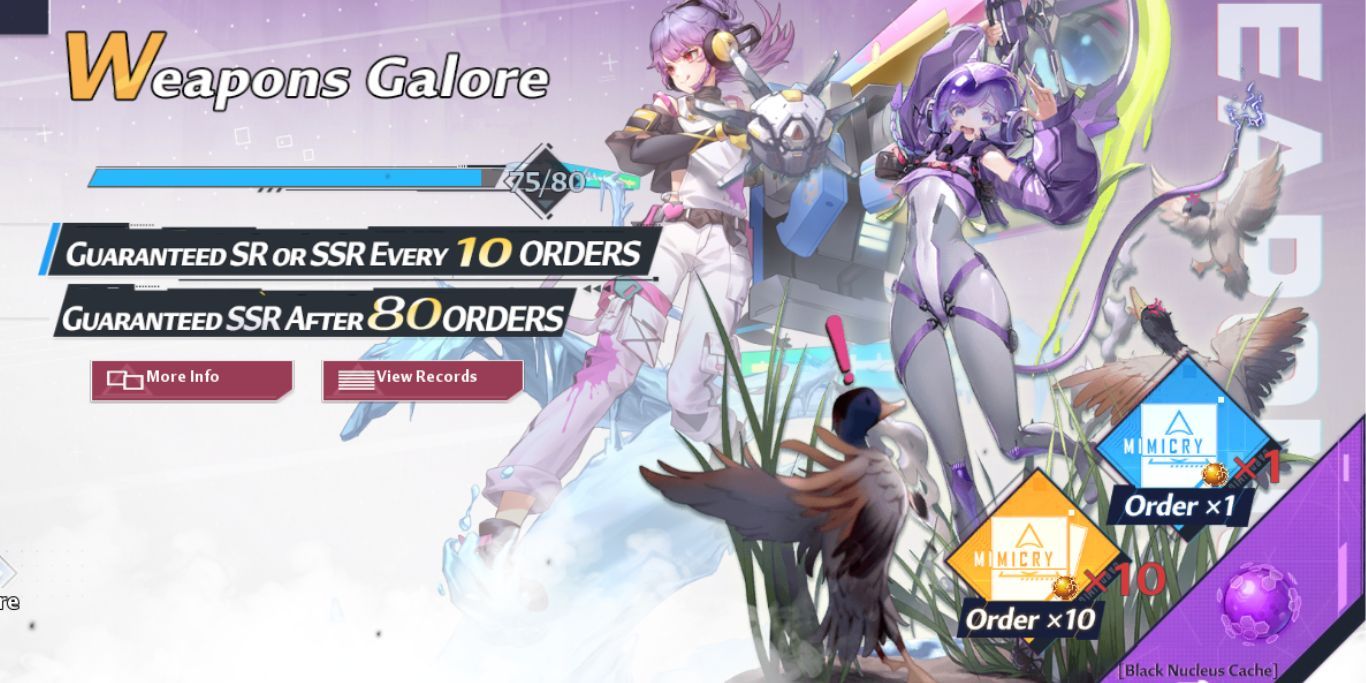 This is one of the first banners that you'll unlock as you progress the main story in the game. This is the standard banner of this game, and it has two different variations. One of these variants requires Gold Nucleus to summon, and the other one requires the Black Nucleus.

The first variant, where you can pull with Gold Nucleus, has a mercy system that allows you to get a guaranteed SSR Weapon/Simulacra every 80 pulls. This pity does not reset if you get an early SSR weapon. So, you can get an SSR on the 79th pull, and you will still have a guarantee on the next pull.

Other than that, there's a soft pity system that might allow you to get another SSR at around 30 pulls into the pity. This is not a 100 percent chance, so there is a world where you might not get a single SSR until you pull 80 times.

Here's the general probability of getting SSR and SR weapons from this banner:

Further, there is a special system for managing duplicate weapons. If you've pulled a certain weapon already, you can always get it again from the same banner, and this allows you to unlock an advancement for that weapon. There can be up to six advancements.

If you get a certain weapon more than seven times, it will be exchanged with flame gold which is a currency you can use in the banner shop to exchange for duplicates for a weapon of your choice. You get a flame gold for every summon you make on the banner as well.

Black Nucleus is abundant in the world of Tower Of Fantasy, and it'd be a cheat if this banner followed the same rules as the others. So, there is no mercy system for this variant. If you ever get an SR or SSR weapon, it'll be based purely on your luck.

Here are the chances to acquire both of these from this banner:

This banner follows the same system for duplicates as the first variant. Here's a list of the SSR and SR weapons and Simulacra that you can unlock on both of these banners. 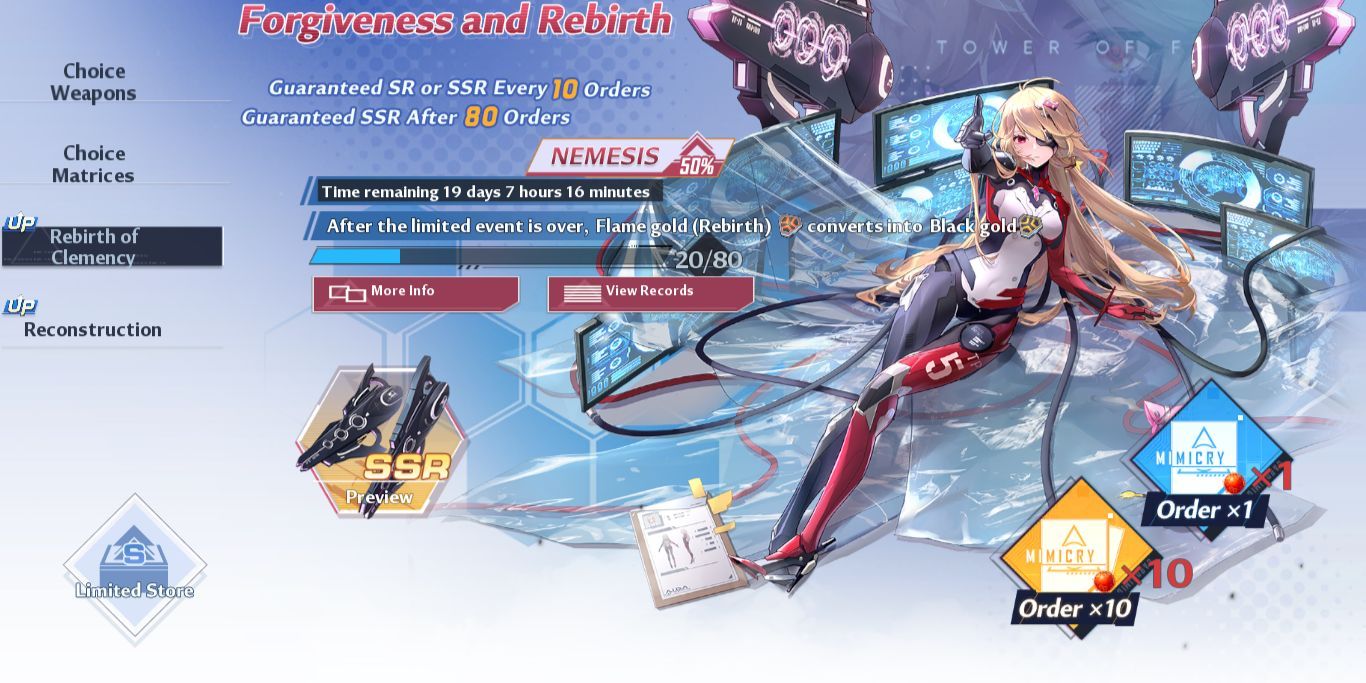 As the name suggests, apart from the standard banner, there is a limited banner that allows you to get a particular weapon that isn't available on any other banners. Further, this weapon has a higher chance of being summoned whenever you get an SSR.

Around every 21 days, this banner is changed to a different limited weapon and Simulacra. Eventually, you might be able to see some re-runs for the same ones.

This means that you have to pull on this banner itself to get close to the pity using Red Nucleus. These are the rarest type of nuclei, and you can't really find them in the open world. You can acquire them if you buy the higher version of the battle pass for $19.99.

But, the main way to get Red nuclei is to buy them using Dark Crystals. Head over to Shop from the top-right of your screen and go to the HOT section. Here, you'll find that you can buy every type of Nuclei using Dark Crystal. You can also spend real money to get even more Red Nuclei.

Spending Dark Crystal to buy anything except Red Nuclei isn't worth it, especially if you're free to play, or a low spender. You can find everything else as you progress in the game but Red Nucleus.

For every pull you make on the limited banner, you will get a special currency similar to flame gold for it. While you don't have a guaranteed chance of acquiring the rate-up weapon from the summons, you can buy them from the limited shop using this currency. It needs a total of 120 special currencies to buy it. 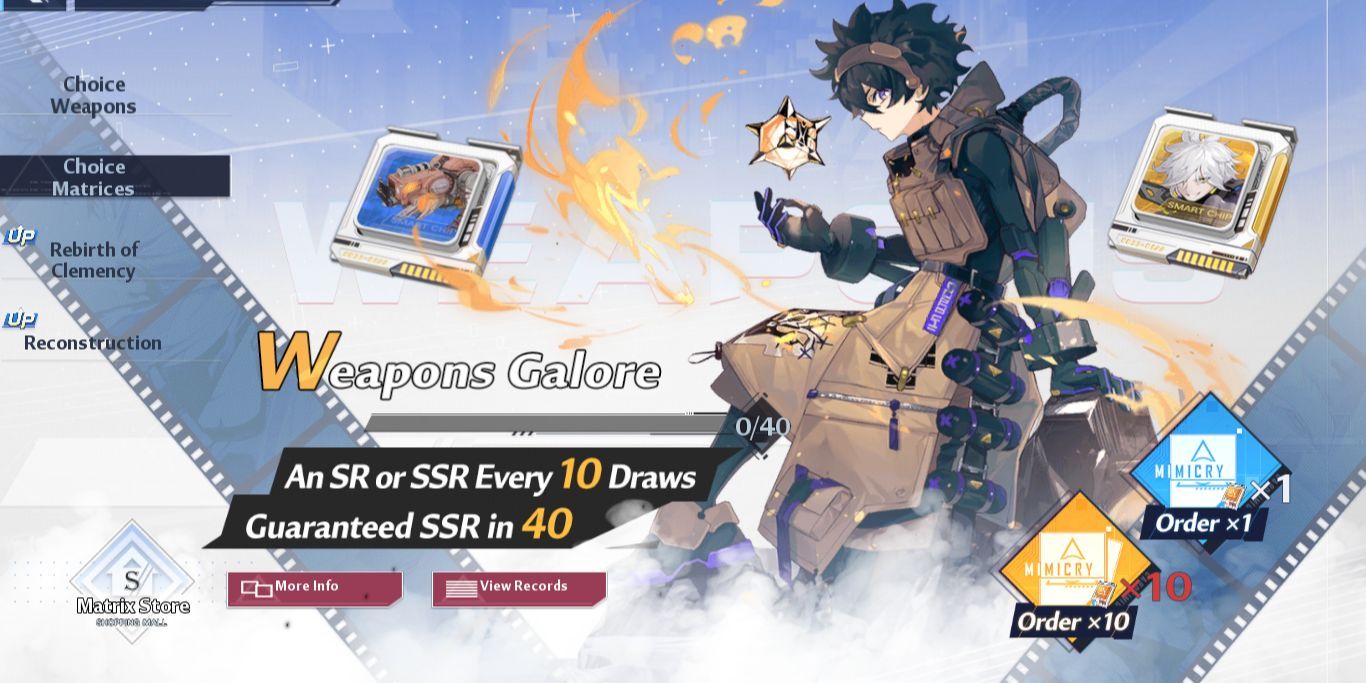 Matrices are essentially artifacts that you can put on your weapons to make them stronger. These can also be upgraded with certain materials, and they have a particular set bonus if you use three or four matrices of the same set.

The normal and SR matrices have three-set bonuses while the SSR matrices that are attached to a character have two different bonuses, one at two pieces and one at four. If you're a free-to-play or low-spender in Tower Of Fantasy, it can be significantly hard to acquire a perfect four set for any of the SSR matrices.

Apart from having to gacha for weapons, you also have to do it for matrices if you want to get good ones in Tower Of Fantasy. Thankfully, the pity system on these banners is much more merciful. You get a guaranteed SSR matrix every 40 pulls.

The limited matrix banner has a special set of matrices that belong to the character who is on the limited weapon banner. Whenever you summon an SSR matrix, there's a 50% chance of getting one of these.

While there's no way to guarantee a Nemesis matrix on this banner, you can buy them in the limited shop using another special currency. You can acquire this currency every time you summon on the limited matrix banner.

Further, you can also buy a Matrix box for the rate-up weapon/Simulacra from the limited shop for 50 currency, but you'd just want to save that currency for buying duplicates of the weapon itself.

Any pity you have on either of the limited banners that is below 80 and 40 respectively will roll over to the next limited banner, and you won't lose the pity.