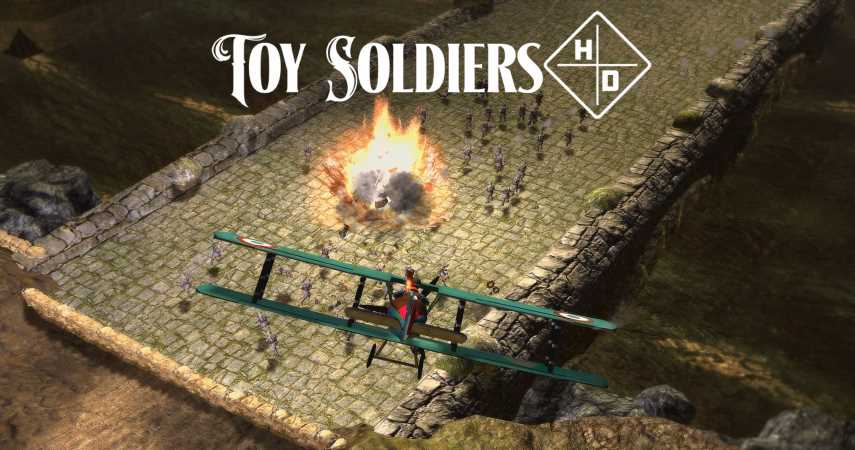 One of the best-selling Xbox Live Arcade games of all time, Toy Soldiers is coming back in the form of an HD remaster for current-generation consoles. Set to release in August for PC, PS4, Xbox One, and Switch, players will find the entire original game remastered in higher definition with a plethora of new features, including a vastly improved camera and some “never-before-played” content.

The most unique aspect of the original Toy Soldiers was its combination of first-person shooter and tower defense game types. You could scout the battlefield from a sky-high view, then get your boots on the ground to battle troops and defend your settlements. Everything was brought together under the guise of being old-school green army men, which just added an extra layer of fun to the proceedings.

Toy Soldiers is also relatively unique in the gaming space for being a title focused on World War 1. EA and DICE would tackle that with Battlefield 1 years later, but you still don’t see many games focusing on this era of modern conflict. Obviously, Toy Soldiers isn’t realistic, but it’s still neat to see a different era of humanity get represented instead of the same WW2 setting.

It will be interesting to see if nostalgia is strong for this brand. I imagine it is as most people have fond memories of melting plastic soldiers in the sun at their grandparents’ house when they were kids. Add in some cross-platform play and Toy Soldiers HD could become a verified hit for a completely new generation of players.