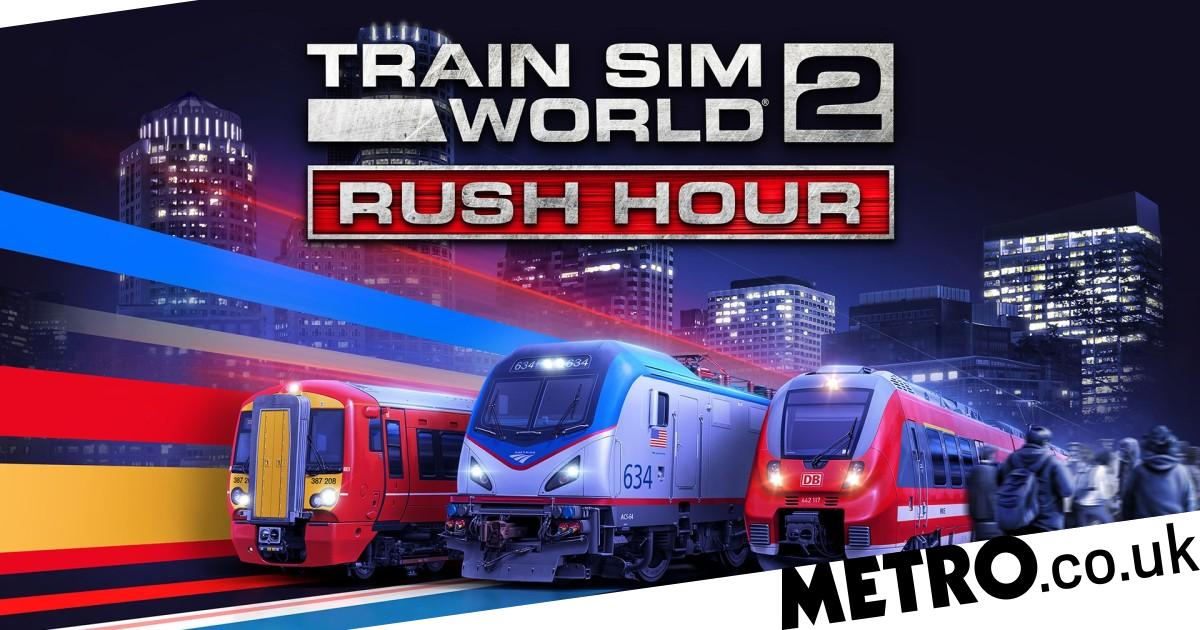 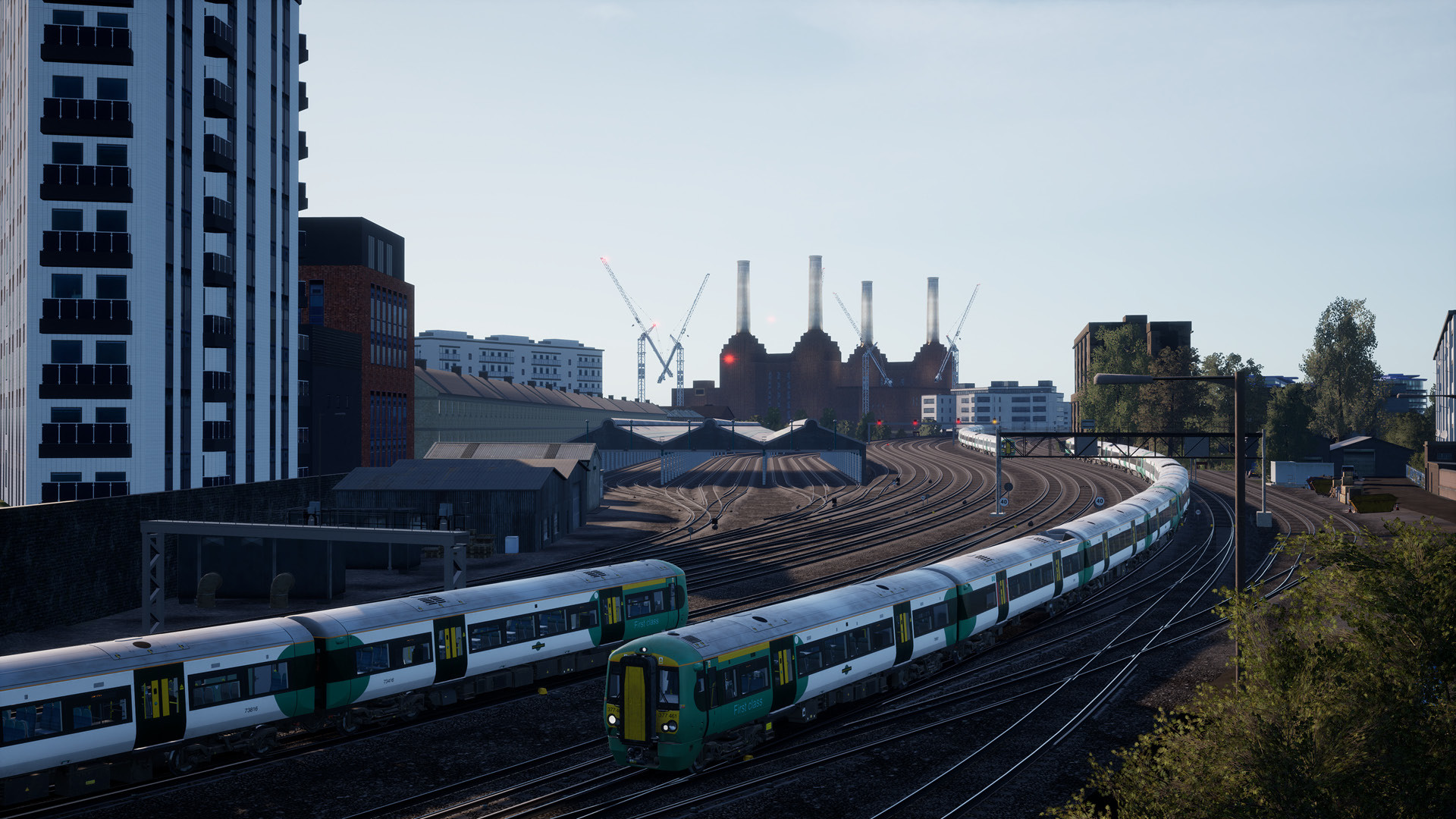 Fancy experiencing the hectic rush of commuter rail services on a PC or console? You’ll be needing a copy of Train Sim World 2: Rush Hour.

Simulator games often receive a certain amount of derision from action-oriented hardcore gamers. But not every gamer wants to go around shooting zombies in the face and the reality is that sim games, which often have the most apparently humdrum of themes, are hugely popular and, these days, amount to big business.

Within the genre, Dovetail Games is carving out a reputation as the UK’s heaviest hitter. There’s no getting around the fact that its best-known offering, Train Sim World 2, is as geeky as you can get. It’s a game that will get any real-life trainspotter uncommonly hot under the collar but if driving trains is your thing, it’s also the most rigorous and true-to-life game on the market. As such, Dovetail Games has just augmented it with a major add-on pack called Rush Hour, and we had a good look at it via a hands-off demo provided by Train Sim World 2 producer Matt Peddlesden.

Rush Hour, it turns out, is not your average slice of downloadable content: not only does it cost £34.99 (although, if you don’t already have a copy of Train Sim World 2, you can buy the Deluxe Edition for £44.99 – which includes Rush Hour and all other DLC) but it includes a raft of features that the original game didn’t have and an impressive array of gameplay updates. It is, perhaps, best to think of it as Train Sim World 2.5, although it does have a specific theme and point to what it contains.

Peddlesden explained what it is all about: ‘Rush Hour is all about that time of day when controlled chaos seems to take over the railways. The big features here are the enhanced passenger system: this increases the volume and the variety of passengers. Rush Hour also means packed services, with a 24-hour simulation of locos moving around each route. Every station feels alive with rolling stock, passengers, ambient audio all coming together to create that hectic feeling. And it has challenging play: you’ll be fighting to keep to schedule.’

As a whole, Rush Hour contains three contrasting new routes, two of which were released in the past two months. According to Peddlesden the Boston Sprinter is, ‘A US route which runs between Boston and Providence, featuring Amtrak and MBTA (Massachusetts Bay Transportation Authority) locos.’ Meanwhile, the Naverkehr Dresden is, ‘A German route featuring the biggest collection of Deutsche Bahn locomotives we’ve had so far, on a complex network with a mix of regional, intercity and express services.’

The third route – released on October 7 – is one which many of us may have experienced in real life. Dubbed London Commuter by Dovetail, it spans the rail network between London Victoria and Brighton on the south coast. That’s the (previously unseen) route that formed the basis of our demo.

Train Sim World 2 is a first person game, in which you’re essentially cast as the train driver, so you can run around stations and platforms, and even switch to exotic external views that let you fly around your train while it’s moving. We started off on platform 18 at Victoria station, which extends further out from the station than any other, so is an ideal trainspotting vantage point.

Peddlesden explained that in London Commuter there are two new trains that you can drive: the 377 and 387-Class locomotives. The latter are the familiar Gatwick Express trains, while the former, although near-identical to the 387-Class locos visually, are apparently very different mechanically, and feel very different to operate.

Because Victoria is such a busy station, Peddlesden explained, just being able to drive those two trains, along with some others run by Southeastern (which is already present and fully licensed in Train Sim World 2) gives you the bewildering choice between 1,347 different services you can take the controls of in any given simulated 24-hour period. ‘There are actually over 4,000 services in total, including all the AI non-drivable ones, which feeds into that busy timetable. I think this is the first timetable to break 1,000 services a day, let alone 4,000’, says Peddlesden.

According to Peddlesden London Commuter adds six scenarios to the game, putting you in particular situations in different trains on different parts of the line. He also showed how Dovetail has added elements to Rush Hour which make what is essentially an ultra-realistic sim game markedly easier to play. For a start, each of the new trains has its own tutorial, teaching you the basics of how to operate it.

Perhaps most importantly, Dovetail has added a lot of useful information to the pause screen which you can access at any point from your train cab. Peddlesden went through it: ‘It has gradient information now, so as a driver you can plan your journey a bit better. This gradient information can be critical for knowing there’s a big climb or drop coming. Trains don’t respond quickly: you need to be already braking before you get to a hill. This kind of replaces driver knowledge, so the players don’t have to learn this stuff before they can drive the train.’

The pause screen also had new information on speed limits and even displays the weight of the train, which changes as passengers get on and off.

Before pulling out, we waited for a packed train to arrive at Victoria and disgorge its passengers. For Rush Hour, Dovetail has completely reworked the passenger system so that it provides a realistic representation of rush hour commuters: virtual passengers now wear different-coloured and patterned clothes, they meander somewhat rather than walking in straight lines, and if the temperature drops below a certain point, they will don jackets and coats.

Of course, we’ve all ridden on trains, so will instantly spot elements which don’t ring 100% true: Dovetail hasn’t yet managed to work out how to add luggage to the game, nor has it created a set of animations which depict commuters glued to their phone screens or having random conversations with each other. However, it claims that these are all things it wants to introduce to the Train Sim World universe.

Already, the level of realism in Rush Hour is impressively high. In our demo, Victoria teemed with life whenever a train came in, which is not something we’ve seen in any previous train simulation game. When we pulled out of the station, the attention to detail was visible all around, with familiar views from the train’s windows and cab, such as the reassuring approach to Clapham Junction, modelled all the way down the line.

If you’re into trains in a big way, then the prospect of Train Sim World 2’s Rush Hour expansion ought to be pretty exciting. It offers the first proper depiction of what takes place on three geographically diverse and very busy commuter routes every working day, something which is way more complicated to represent in a rigorous manner than you would imagine.

Even if you aren’t fanatical about trains, Rush Hour goes a long way towards explaining the modern popularity of sim games. You can, if you want, set the game’s built-in AI to do the actual driving, while you watch from the cab, or a random seat in a carriage, or even from outside, flying along with the train.

When you do that, you’re almost bound to discover an ASMR-like, soothing quality that very few video games provide. And if you feel that £34.99 for a game add-on is on the pricey side, have a think about how far that would get you these days on our eye-wateringly expensive real-life rail network.