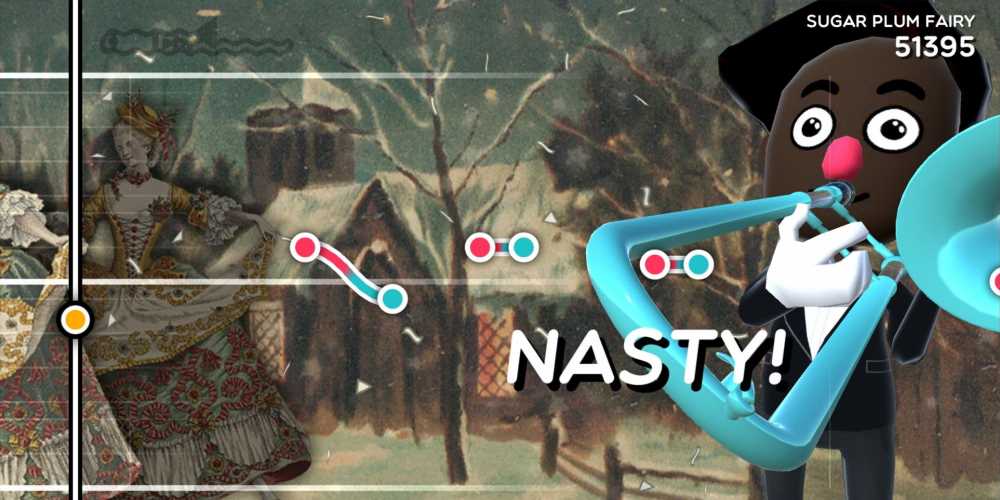 There have been a few unexpected hits already in 2022, but one that emerged from seemingly nowhere on Steam last week might have been the most unexpected so far. Trombone Champ, a rhythm game in which you have to play the trombone using your mouse, and someone has already added a VR mod to make the whole thing feel a little more real.

The Trombone Champ VR mod was created by Raicuparta (thanks, Eurogamer) and makes the whole virtual musical experience a little more immersive. Donning the headset transforms your surroundings so that they are completely black aside from the image in front of you showing which track you've chosen and the notes you need to hit.

That's until you lift the controllers up into the same position you would when playing an actual trombone. That brings the animated instrument up in front of you as if it were protruding from your own mouth, and you will then need to move your hands in place of the mouse movements needed while playing the game as intended.

Needless to say, if you do play Trombone Champ in VR and you're good at it, don't assume you can then do the real thing. What the VR mod does demonstrate is how tiring playing the underappreciated instrument is. Raicuparta gets to the end of Beethoven's Fifth in the clip above and after less than two minutes, they're pretty tired. Suffice to say, you might want to take it in turns with someone else, or alternate between using the mouse and stepping back into Trombone Champ's VR.

Raicuparta isn't the first to have fun altering how you play Trombone Champ. Just days after it launched, someone managed to play the game using an actual trombone, because of course they did. It has been a good month for rhythm games as Trombone Champ has picked up some of the hype Metal: Hellsinger put down.