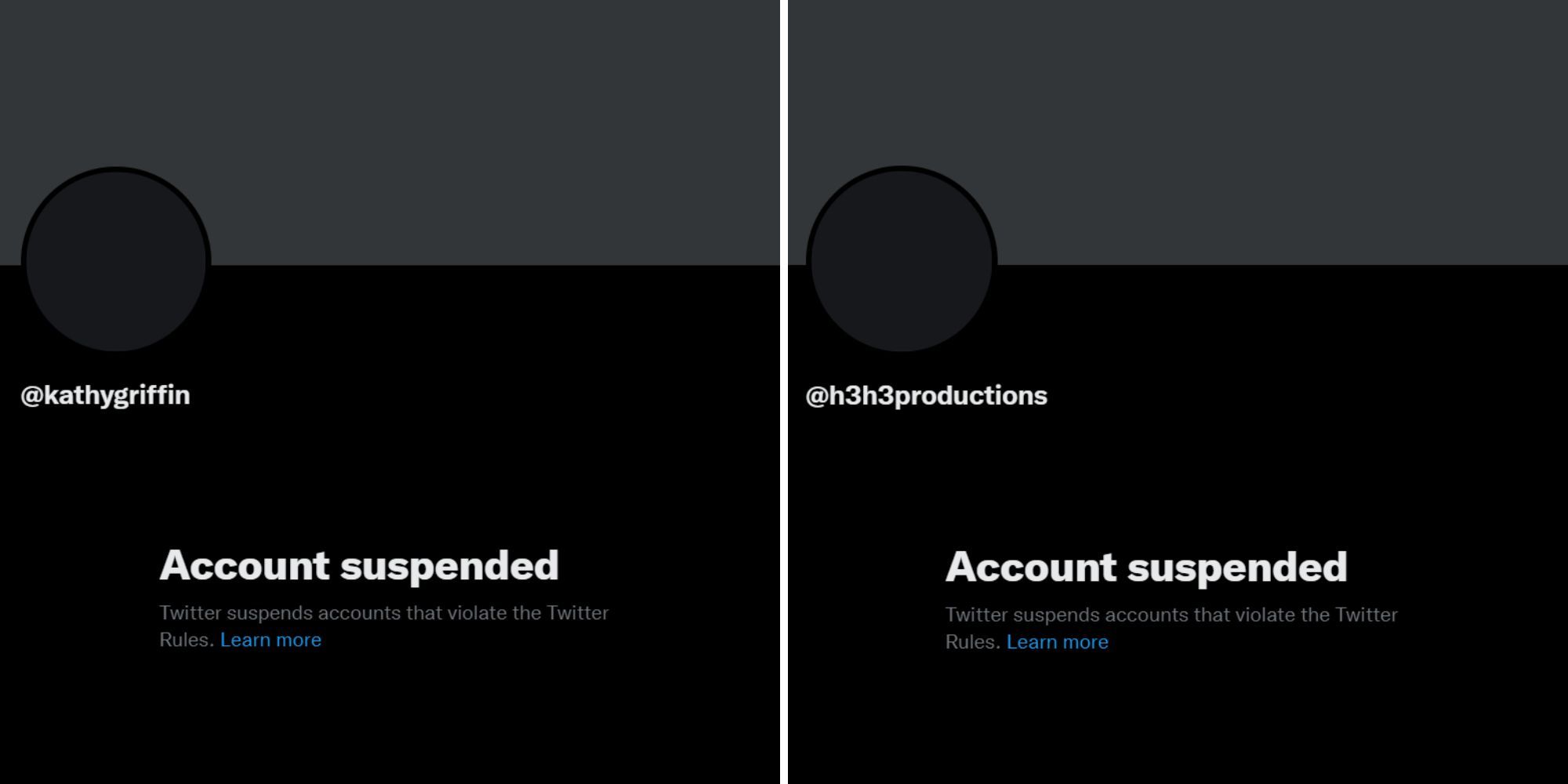 Elon Musk's dedication to ending lifetime Twitter bans has proven to be short-lived, as he reveals that anyone caught impersonating another user will be permanently suspended without warning. He added that this will only apply to those that don't clearly mark themselves as parody, but in practice, accounts that were openly fake have already been caught up in the ban.

Comedian Kathy Griffin and podcaster Ethan Klein are among the bigger names who have been hit with suspensions, having jokingly changed their names to Elon Musk on Twitter. This is despite the fact that both still had their original usernames visible, making it clear they were not the real Musk.

At the time of writing, Griffin and Klein have not been able to return to Twitter. On top of this, other fake accounts are being suspended, even those that clearly mark themselves as parody.

Before being banned, Klein made a series of tweets mocking the billionaire. In the parody tweets, he called out the staggering rise in racial slurs used on Twitter once he had purchased the site, as well as issues found in Tesla's autopilot system.

After that, chiptune artist Chipzel also had their account restricted. They actually did have parody in their name, so it's not clear why they were included in the ban wave.

Musk hasn't addressed any of these specific cases, nor accusations that bringing back permanent suspensions is a contradiction of his earlier claims. Instead, he has been reposting some impact font memes from 2008, and encouraging his followers to vote Republican in the midterms.

This is just the latest development in what has been a chaotic first week of Musk's Twitter ownership. We got a taste of things to come when he immediately got to work, laying off half of Twitter's staff. The company is now reportedly asking "dozens" of these workers to return, with some even being told that they were mistakingly included in the terminations. Management is also said to have realized that Musk's desired changes to the site would take a lot more manpower to implement, especially after dismissing around 3,700 employees.

Of course, Musk has been tweeting through it all. Last week, he blamed the drop in revenue on "activist groups pressuring advertisers". Then, in a phenomenal turn of events, he was fact-checked by his own website, with a note by his tweet explaining that advertisers were actually pulling out over concerns surrounding content moderation on the site.