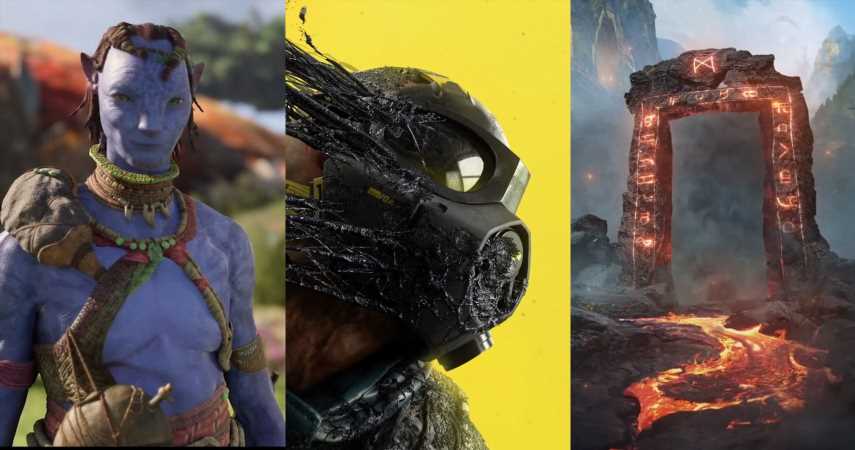 E3 2021 is finally here and tonight saw Ubisoft Forward take place with a selection of exciting games, reveals, and announcements being shown throughout an extensive showcase. If you’re a fan of Far Cry, Rainbow Six, or Mario – we’ve got good news for you.

Coming our way this October, Far Cry 6 received another spotlight during Ubisoft Forward to announce details surrounding its campaign and the season pass – which will include a selection of downloadable content and expansions to be made available after the base game’s release. While the shooter itself continues to look fantastic, the real highlight was the return of Vaas Montenegro, Joseph Seed, and Pagan Min as part of the season pass. Check the trailer out for yourself below – which includes a tease for Far Cry 3: Blood Dragon Remastered.

Now sporting a new name, this all-new title in the tactical shooter franchise will have you going up against a selection of horrifying infected enemies as you fight for survival either alone or with a selection of friends. Building upon many of the mechanics of Rainbow Six Siege, those already familiar with the ecosystem should be able to jump into this without much trouble at all. However, that doesn’t mean it won’t be scary. We’re ready and willing to get spooked when Rainbow Six Extraction drops on September 16.

Ubisoft provided a surprisingly detailed look at the upcoming PvE shooter, showcasing interviews with various developers alongside a gameplay deep dive that introduces us to how a usual round in the shooter will play it. It’s all about atmosphere, teamwork, and trying your best to survive no matter the cost. Go it alone and you’re likely to be killed within seconds.

The release date is much closer than expected, and we can’t wait to jump into this one. Existing operators and mechanics make a return, so perhaps cosmetics and unlocks from Siege will also carry over, allowing players to feel like their progression isn’t left behind. Crossplay is also confirmed, with Ubisoft keen to allow everyone to play together regardless of platform.

Leaked ahead of the show, Nintendo is teaming up with Ubisoft once again for a sequel to Mario + Rabbids: Kingdom Battle. According to the official website, Sparks of Hope will follow Mario, Luigi, Princess Peach, Rabbid Peach, Rabbid Luigi, and more as they embark on a “galactic journey to defeat a malevolent entity and save your Spark companions.” The game’s description adds: “Explore planets throughout the galaxy as you uncover mysterious secrets and compelling quests!”

It’s coming exclusively to Nintendo Switch, and seems to expand upon the original game with larger battles, bigger worlds, and a more ambitious crossover between the two universes. We saw a bunch of gameplay in pre-alpha and it looks gorgeous, and we’ll be able to play it for ourselves in 2022.

From the creators of Steep, Riders Republic is an ambitious new extreme sports title that includes a number of different disciplines. Whether you’re into skydiving, wingsuits, or mountain bikes – this game has you covered. Ubisoft Forward provided our most detailed glimpse at the game yet, and you can see the latest trailer for yourself below.

Following in the footsteps of previous games in the franchise, Rocksmith+ is a new subscription service that will allow users to learn guitar with the help of a virtual experience. You can expect a number of classic artists and hit songs to be available on the service when it launches later this year.

Acoustic and electric players will be able to interact with Rocksmith+ with no trouble, with all songs across its library coming with comprehensive chord charts inspired by original recordings. Ubisoft also plans to hold weekly streams for the game, which should work wonders in forming a community around it. If it sounds like your cup of tea, you can sign up for the closed-beta today.

Aiden Pierce and Wrench are set to return in a standalone expansion for Watch Dogs Legion. Bloodlines will follow the two heroes as they embark on an epic quest across dystopian London that will get bloody, personal, and rather silly with the inclusion of futuristic robots and plentiful explosions. It’s coming on July 6, which is only a few short weeks away.

Crossplay is coming to Rainbow Six Siege across consoles and PC, which will allow its millions of active users to play together regardless of platform. Ubisoft also confirmed that cross-progression is in the works, which will allow you to carry operators, unlocks, and cosmetics across platforms if you want to dabble in more than one console or venture away from PC.

In other Siege news, a new operator was unveiled in the form of North Star. They will be coming alongside the arrival of a new season on June 14. Check out their stylish reveal trailer below.

Eivor’s adventure has been a huge success for Ubisoft, so it took time during its presentation to touch on future content plans for Assassn’s Creed Valhalla. Regular free updates will continue to arrive alongside seasonal events and major expansions that will continue on the story that began with Wrath of the Druids earlier this year.

The next expansion is Siege of Paris, a new adventure which will take our hero to the fanciful city of Paris with new areas to explore, new enemies, and new discoveries when it arrives this Summer. A Discovery Tour is also in the works much like Odyssey and Origins – an update which will be free to all owners of Assassin’s Creed Valhalla.

Remember that James Cameron film with all of the tall blue aliens? If you do, good news – Ubisoft is making a new game based on the property. Presumably before the sequels eventually emerge in cinemas in the years to come.

Closing the show, this ambitious new project looks gorgeous, taking place on the luscious planet of Pandora where you will seemingly play as either the invading humans or the native aliens. Ubisoft Massive’s Avatar: Frontiers of Pandora is coming in 2022.