Ubisoft once again set up at the Orpheum Theater in downtown Los Angeles to show off a broad range of games at E3 2019, from Watch Dogs Legion to unannounced fare like Rainbow Six Quarantine and “small-scope” RPG Gods & Monsters. There’s also a new PC-focused Uplay+ subscription service coming, and a ton of new content for The Division 2.

Ubisoft began with arguably its biggest release of 2019, Watch Dogs Legion. We’d already gotten a few details earlier in the week courtesy of leaks, but this was our first time seeing it in action.

The main hook is permadeath for any character in the game. Every citizen in Legion’s London is playable, and when you recruit them to your cause they become part of your pool. Thus you can play Legion as a quaint tea-and-crumpets granny who shoots police in the head, which is a lot more fun than mumblemouth Aiden Pearce.

On the other hand, I’m less sold on this dystopian London and what looks like an increased focus on guns. I liked Watch Dogs 2’s ultra-realistic San Francisco and how much it downplayed combat, and Legion’s grim action-game tone is a bit disappointing.

Ghost Recon Breakpoint looks much weirder than Ghost Recon Wildlands, with a legion of Dr. Doom soldiers to fight and a Terminator tie-in teaser. Hopefully that indicates a more interesting story and campaign, one that relies less on sheer quantity and more on memorable locations and set pieces. Nonlinear is great and all, but Wildlands went by in a blur and felt fairly empty. Give me the same tactical combat with a bit more weight to my actions and I’ll be happy.

We’ll know soon enough. The first beta is due to start on September 5, with a release on October 4. And that’s about it for Ubisoft’s fall plans, so make the most of it.

Now that Ubisoft has a half-dozen live service games, a significant portion of its press conference is just devoted to updating those. Rainbow Six Siege came first. They’re adding a new operator (from the U.S. secret service) and a new season, with Operation Phantom Sight due to release tomorrow, June 11.

And For Honor is running a limited-time event that seemingly pits Vikings against…the undead? Titled Shadows of the Hitokiri, combatants will compete to steal each other’s souls.

Now that The Division 2’s released, it spent E3 laying out its first-year roadmap. It sounds pretty intriguing, sending players to new locations around the city. Episode One will bring players to “deep into the woodlands, to a presidential compound” which sounds a lot like Camp David. You’ll also venture into the National Zoo, and Kenly College for missions two and three.

Episode Two meanwhile will add a second raid, and missions in the Pentagon. And then Episode Three, Manhunt, will apparently bring players…back to New York? Better yet, they’ll all free. Ubisoft sure does know how to support a game longterm, I’ll give them that.

We’d heard rumors before the show of a new co-op Rainbow Six, and indeed that looks like the case. This isn’t your grandpa’s Rainbow Six though. The trailer doesn’t show much, but it certainly doesn’t seem like you’ll be fighting terrorists in a game called Quarantine. Instead I expect this to build off Rainbow Six Siege’s alien-infested Outbreak event, at least tonally.

The interview above shows some of the game’s developers talking about Quarantine gameplay details, so check it out if you’re interested. 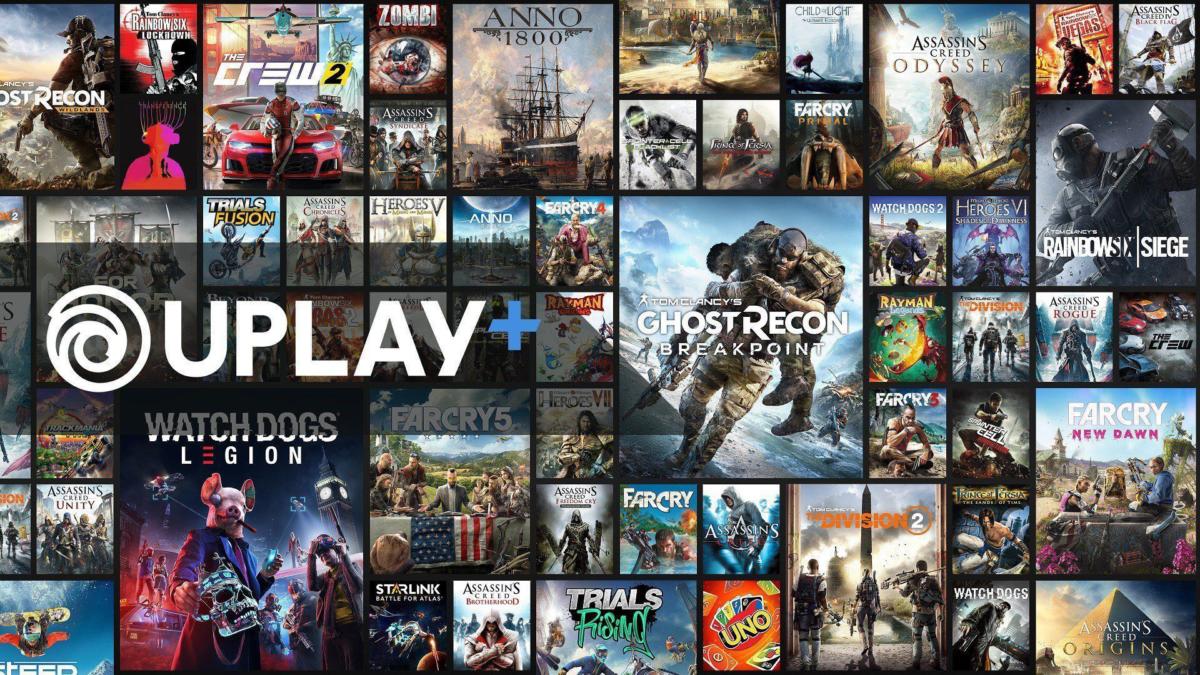 Another rumor-turned-true, Ubisoft indeed announced its own subscription service this week. It’s called Uplay+, will launch this fall, and will go for $15 a month. Now that Microsoft’s announced Xbox Game Pass for PC it’s harder to get excited for EA and Ubisoft’s more fractured/niche catalogs, but chances are we’ll see even more fracturing in the next few years. Everyone wants a piece.

Rocket League’s influence continues to reverberate through the industry with Roller Champions, another digital sports game—this one crossing roller derby with handball and jai alai. But don’t take my word for it. You can grab a demo from Uplay between June 10 (today) and June 14 and decide how you feel.

Assassin’s Creed’s dabbled in mythology for its last two iterations, but Ubisoft’s new game Gods & Monsters divests itself of human history entirely. Taking inspiration from Greek mythology in a much bigger way than Odyssey did, Kotaku says it’s a “small-scope” RPG, and that the project’s code-name was Orpheus—the Greek poet of myth, who could very well be the protagonist too. Expect this to be a next-gen title, and to see it again at E3 2020.

A few minutes into the Ubisoft press conference I thought I spotted Kaitlin Olson in the crowd. Then Rob McElhenney walked out on-stage to announce Mythic Quest: Raven’s Banquet, a parody of game development for Apple TV+ being produced by Ubisoft, whatever that means.