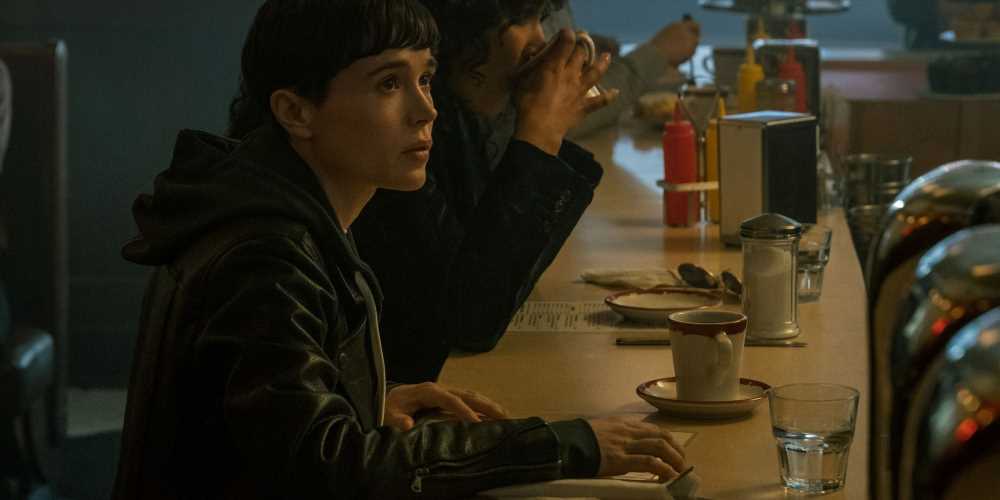 Ever since Elliot Page came out as transgender, Umbrella Academy season three has been in the back of my mind. It’s not because I particularly love the show – it’s only okay – but instead because it felt like something of a watershed moment. Page is by far the most famous person to have come out as transgender. Some of you may point to Caitlyn Jenner, once named Athlete of the Century, but she came out well after her initial relevance had faded, and has since been culturally overshadowed by members of her family. Nikita Dragun, Nikkietutorials, and Gigi Gorgeous are only famous within the sphere of influencers. Kim Petras is a successful pop star, but she is not Ariana Grande or Taylor Swift. Laverne Cox, as important her work and recognition has been, is not a star on Page’s level. This is not to disparage the very important works of other transgender artists across the board, without whom Page may never have secure enough to risk his career by coming out. But as we recognise the steps these stars made, we must acknowledge that what Page offers is one giant leap for transkind.

It’s also crucial that Page came out while still a star. He found fame while presenting as the gender he was assigned at birth – his most famous role, for which he was nominated for an Oscar, saw him playing a teenage girl. If we accept that Caitlyn’s time in the sun was over as she came out, no longer known first and foremost as a legendary athlete but as a supporting character in a reality TV show, you’d have to go back to Chaz Bono almost a decade ago to find someone who transitioned at the height of their fame, and with Bono being best known for being Cher’s son, that’s quite a way off indie darling Hollywood star with an Oscar nomination and central role in a superhero blockbuster.

Simply put, Page coming out was a big deal. As a trans person who follows celebrity media for both business and pleasure, it was the biggest deal I had ever known. There was the initial joy of it all, the shared joy of seeing another trans person embrace who they really are, and the selfish joy of knowing we had a bona fide star, and his corresponding star power, within our ranks. Then the anxious anticipation, the morbid curiosity of checking for the nastiest reactions, seeing the rightwing thinkpieces, rolling my eyes at the well-intentioned but horribly ignorant misgendering and deadnaming in the initial reports. After a while, this feeling fades and crystallizes. Page, when he was initially out as a lesbian, was an outspoken advocate for queer rights and for representation, but there was the expected quiet on the Western Front as Page’s transition took time. As a wealthy celebrity, his access to private healthcare accelerated the process, but we did not see Page post-coming out until after top surgery, after hormones (and potentially other procedures) had profoundly changed his facial features. 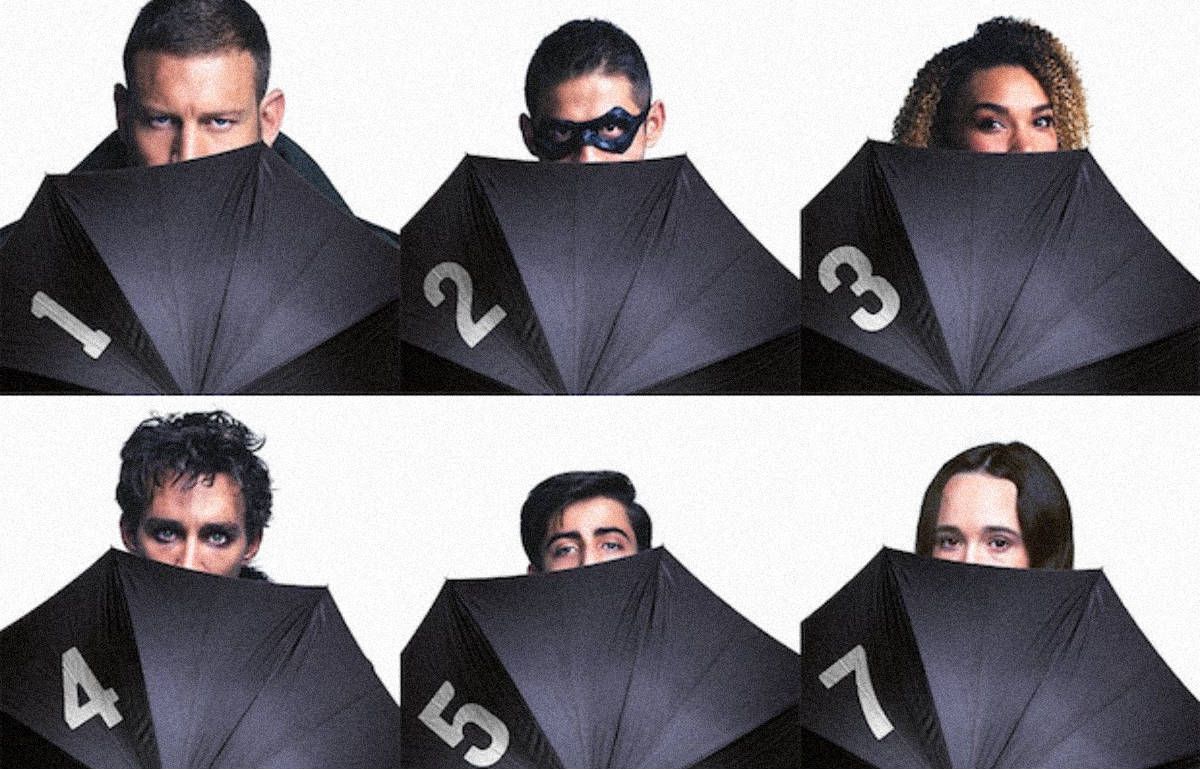 I don’t begrudge Page this silence, in fact I welcome it. That Page can go from the image of him most people have in their heads, namely Juno, to what he looks like now makes a mockery of the idea that trans women are just men in dresses while trans men are confused lesbians with short hair. Page emerged from a short period away from the camera (strategically, he had not been spotted much in public prior to coming out, giving him more time to physically transition than many realised) so obviously looking like a man that to try to misgender him to rile up transphobia only makes you look ridiculous, not him. Trans people should not need to pass in order to gain basic respect, but undoubtedly Page’s sharp transformation is a net good for public perception of the community – and with rising hate crimes and a media class united against us, public perception matters.

This brings us back to Umbrella Academy. Page’s coming out was so huge it was unprecedented, and it’s not just that his agent needs to find him male roles over female roles – he was contracted in as the lynchpin of Umbrella Academy. While it’s an ensemble cast and Page’s role started off slowly as season one’s narrative pieced itself together, he became the core element of the show. This is one of the biggest names ever to star in a Netflix show and he’s the main character, while Netflix has a spotty record on trans issues. If they could erase Page, they could erase any of us. By standing behind him, trans actors everywhere have a beacon. 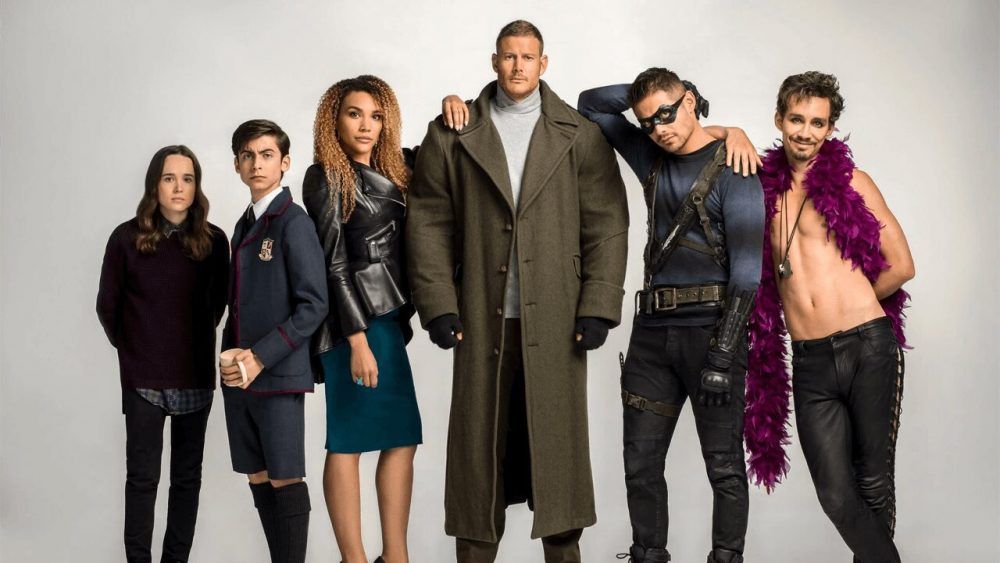 Things will not miraculously change overnight. Rich people, even outspoken rich people from minority groups, are still rich before they’re anything else. Page’s deal being secured does not necessarily mean a workaday actor with a recurring role on a minor season to season sitcom would be guaranteed to keep their role post-transition, but it makes for a pretty strong precedent. Previously, someone fired under these circumstances would likely have little-to-no recourse. The courts are not particularly kind when it comes to Trans Person Versus Corporation. But if Netflix made it work for Page, there is reason to believe that other studios will be pressured into making it work for their own actors too.

I’m sure every minority group has their own version of this win, and if you don’t, I hope it comes for you soon. But as a trans person, it feels like this is our biggest victory yet. We’ve been feasting on breadcrumbs, on fleeting appearances of trans actors, on trans characters surviving a season arc without being killed, on studios doing the bare minimum of letting us exist as more than our gender and its stereotypes. There have been other wins along the way – Laverne Cox’s many awards spring to mind, as do Transparent, Harvey Danger, and Disclosure – but to see Netflix standing behind a trans star and still placing them in the centre of the narrative, seeing a major network be prepared to explain that trans people exist to an audience of millions, seeing it not be suppressed or written out but instead be the lead-off hitter in the new season’s marketing feels like major progress. When you’re trans, you learn to ride the losses (like Netflix’s reaction in the wake of Dave Chappelle’s transphobia) and make the wins last. This one’s going to last for a long time.