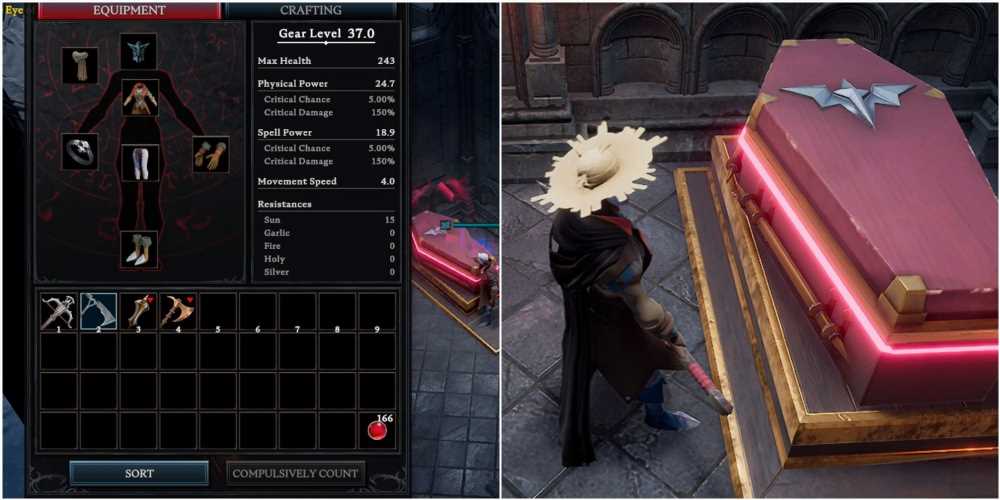 Servants are a useful tool in V Rising that make it much easier to gather resources over time. Harvesting resources for developing your castle – especially as a solo player – can feel like a drag. Servants speed up the process.

You get access to Servants by following the standard tutorial in the game, but there are a few other things you need to know about how the system works to maximize your imprisoned human souls.

We will update this guide with more information on the BiS servants for tasks.

How To Get A Servant Coffin And Start Your Servant Army

You'll naturally progress to this point by following the tutorial. The mission will send you out to Dominate a human soul – this can be any human NPC you find in the world. You escort them back to the Servant Coffin, wait for it to convert them into your servant, then command them by constructing the Castle Throne.

A single Castle Heart has the capacity for a total of 9 servant coffins, meaning you can have up to 9 servants at your disposal.

Simple so far, but things get more complicated when you take the different NPC's characteristics into account.

Let's look at this low-level Rogue as an example. 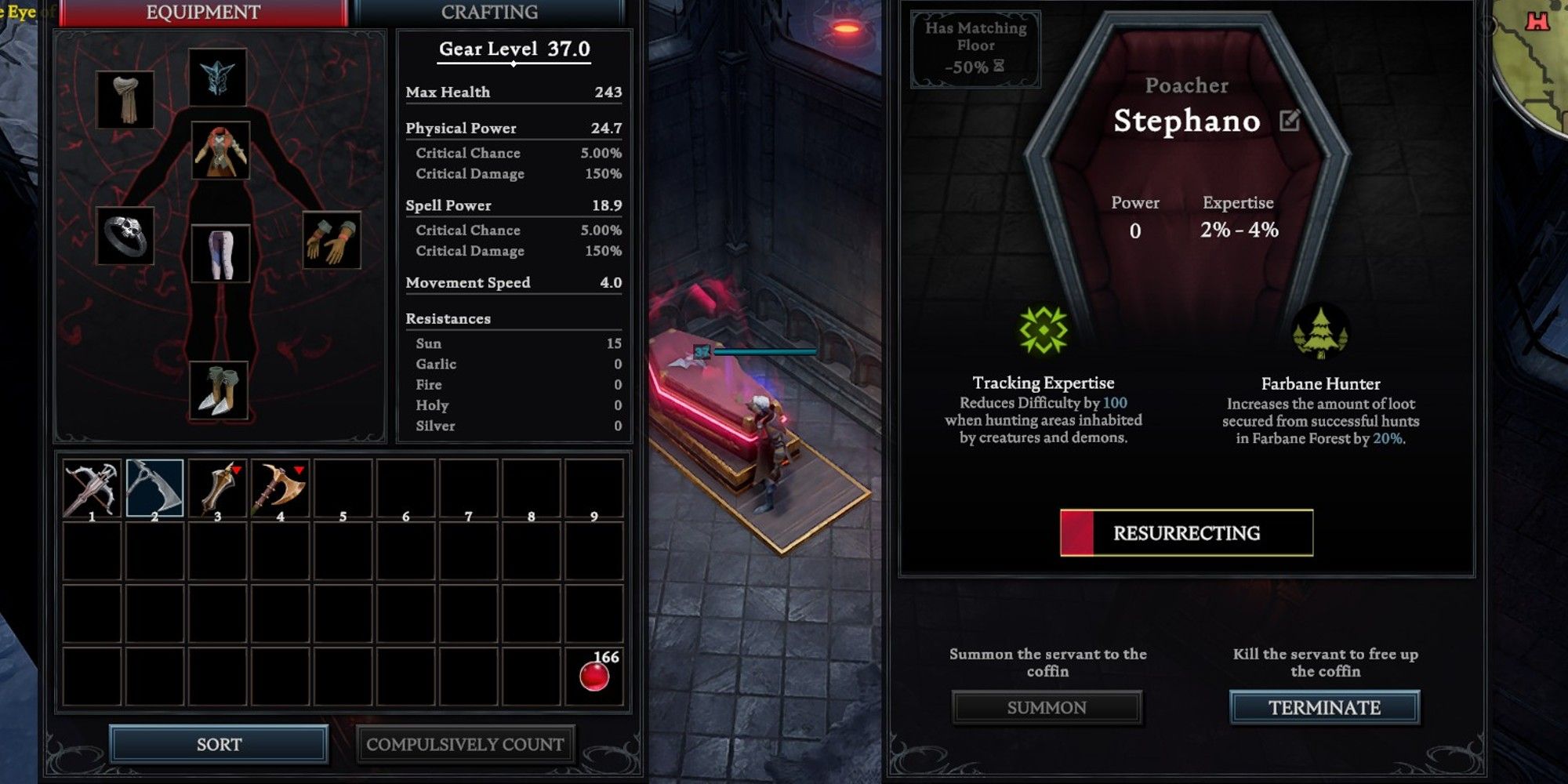 This servant NPC provides a boost to hunting activities within a certain area – in this case, Farbane Forest, where our castle is. This is a location-specific perk, which means it receives a boost if you send that servant out to the matching part of the map.

There are a few things that impact the effectiveness of a servant:

Sending Your Servants Out On Missions Via The Castle Throne 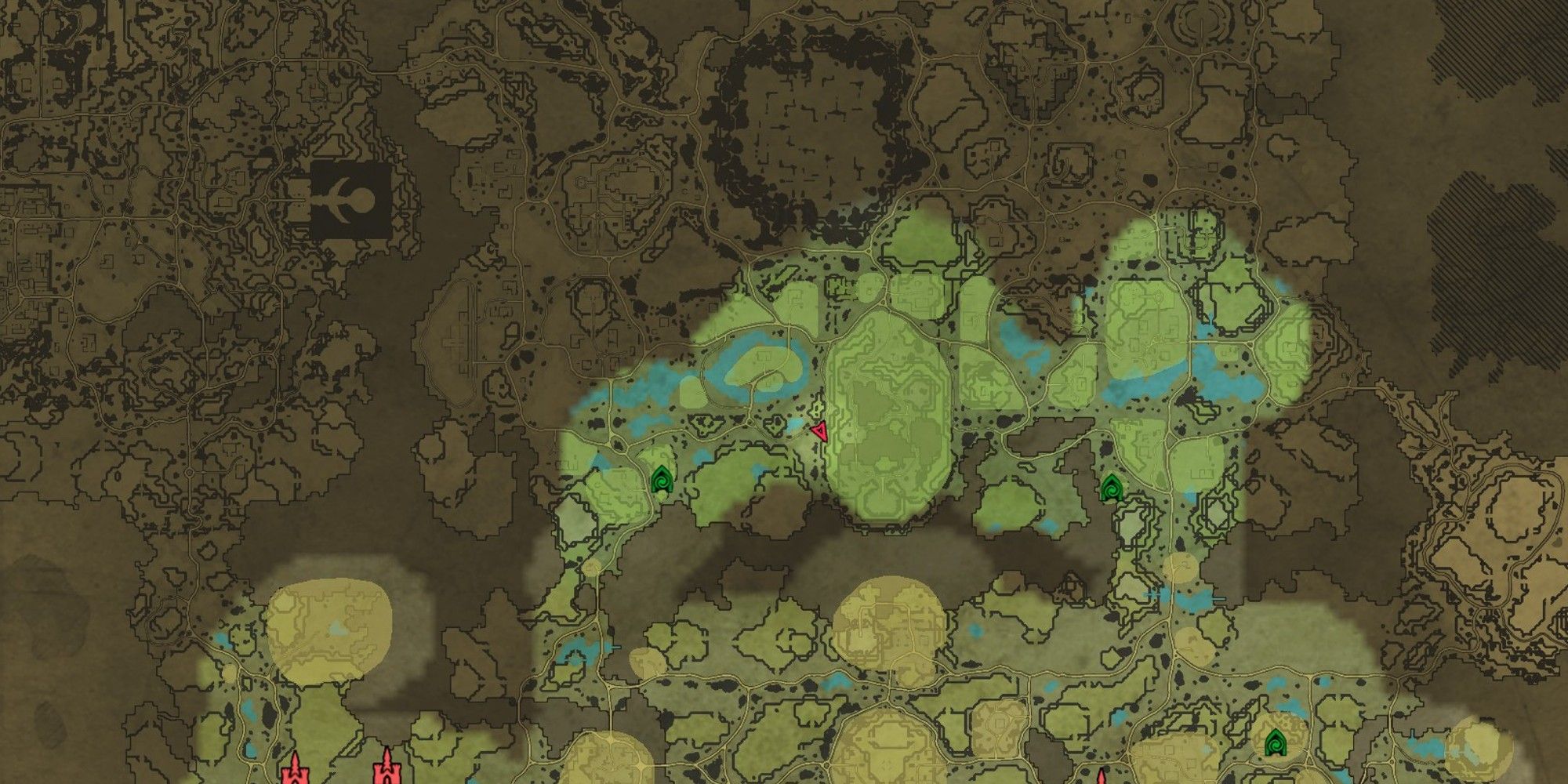 This is where things get exciting. You essentially get to pick and choose which servants go where on the map, and they will return after a set amount of time with a pile of resources.

Different Servants will perform better at certain tasks, all dependent on those three factors we mentioned above – Blood Type, Quality of the NPC, and the Gear. The faction also plays a part, as if the NPC is from the area that you're sending them on a mission they will perform better.

You can adjust the Castle Throne slider to adapt the mission to your servant. This is a fantastic way to harvest a lot of resources quickly.