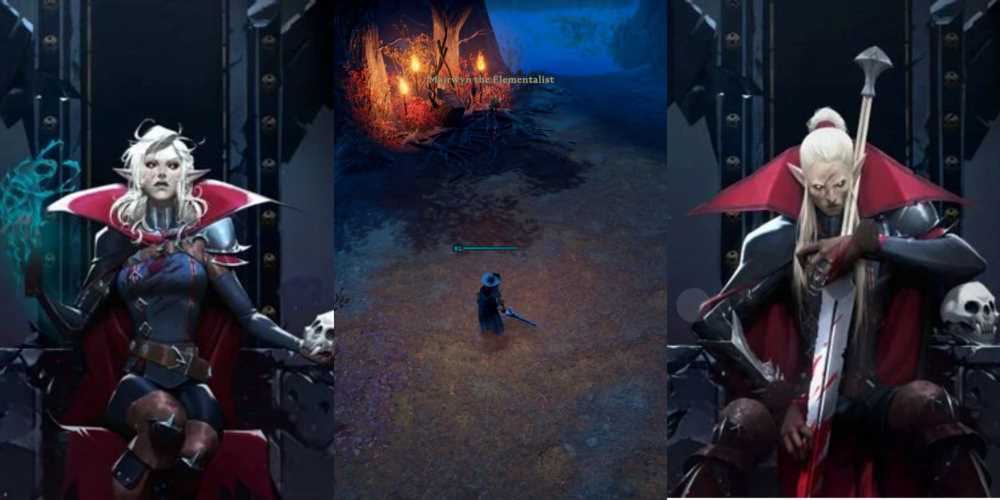 One of the most dangerous zones in V Rising is the Silverlight Hills. Under complete control of the Church of Luminance, the Hills are swarming with dangerous high level enemies, and many a vampire has met their demise at the hands of the Devoted. Mairwyn the Elementalist remains decidedly unattached from the day-to-day goings-on however, and prefers to stay in her sacred grove, protecting it against all who dare enter.

This guide will show you where to find Mairwyn the Elementalist on the map, how to counter her moves and abilities, and what rewards you can gain from defeating her in battle. 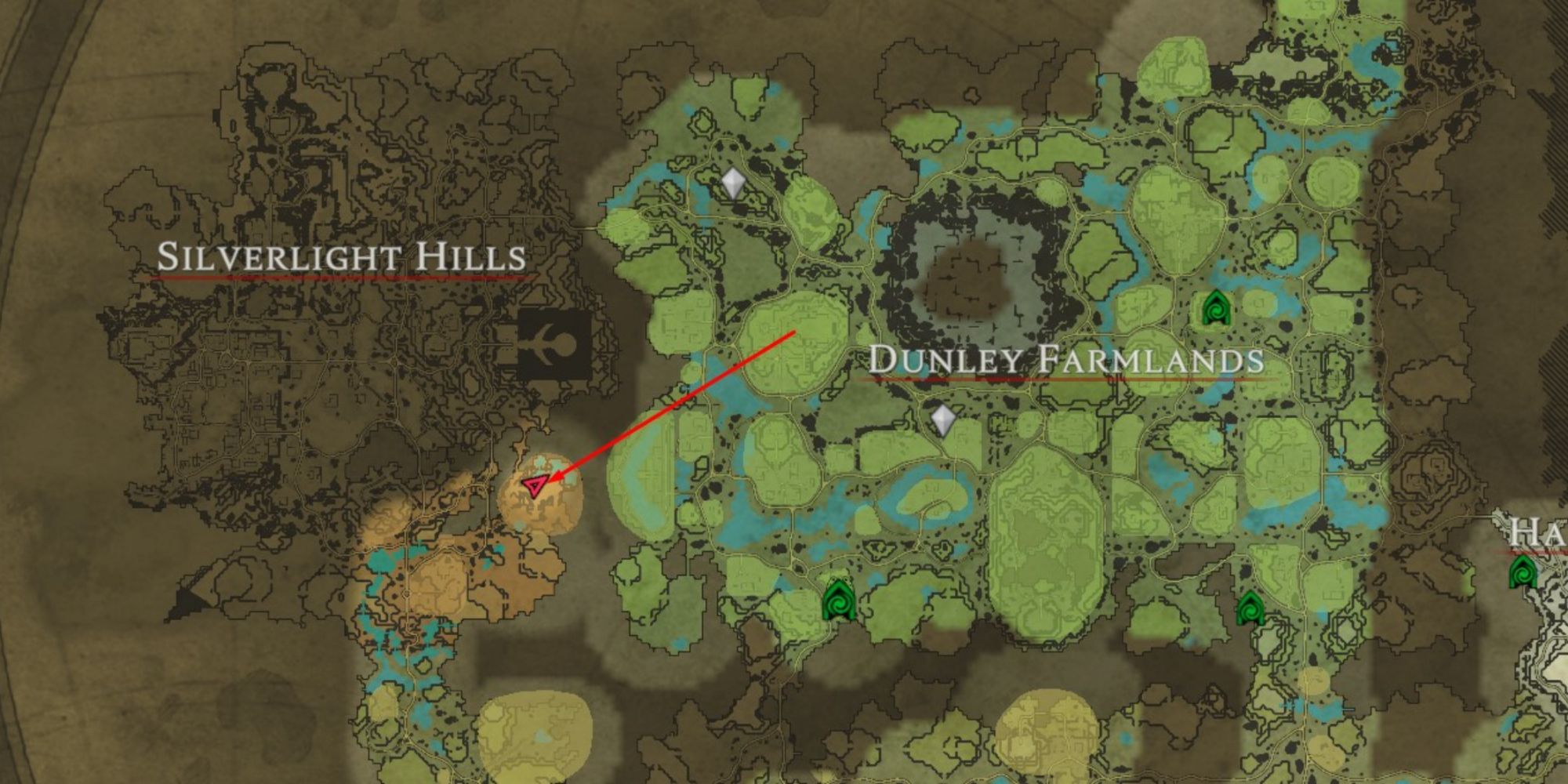 Mairwyn The Elementalist can be found protecting the Emberleaf Grove, in the Southeastern section of the Silverlight Hills region.

The Silverlight Hills Waygate is your closest teleport, but you will still have to travel South, through some dangerous areas and fighting multiple enemies in order to reach your destination.

Thankfully, the Grove itself is relatively peaceful, with no other enemies apart from Mairwyn, so you have some time to prepare beforehand.

The area has two entrances, and it will not particularly matter which you decide upon taking. Mairwyn has a very low aggro range, so you can almost walk right up to her before she will become hostile towards you.

Due to Mairwyn The Elementalist's set location, using your Blood Altar to track her down is not necessary 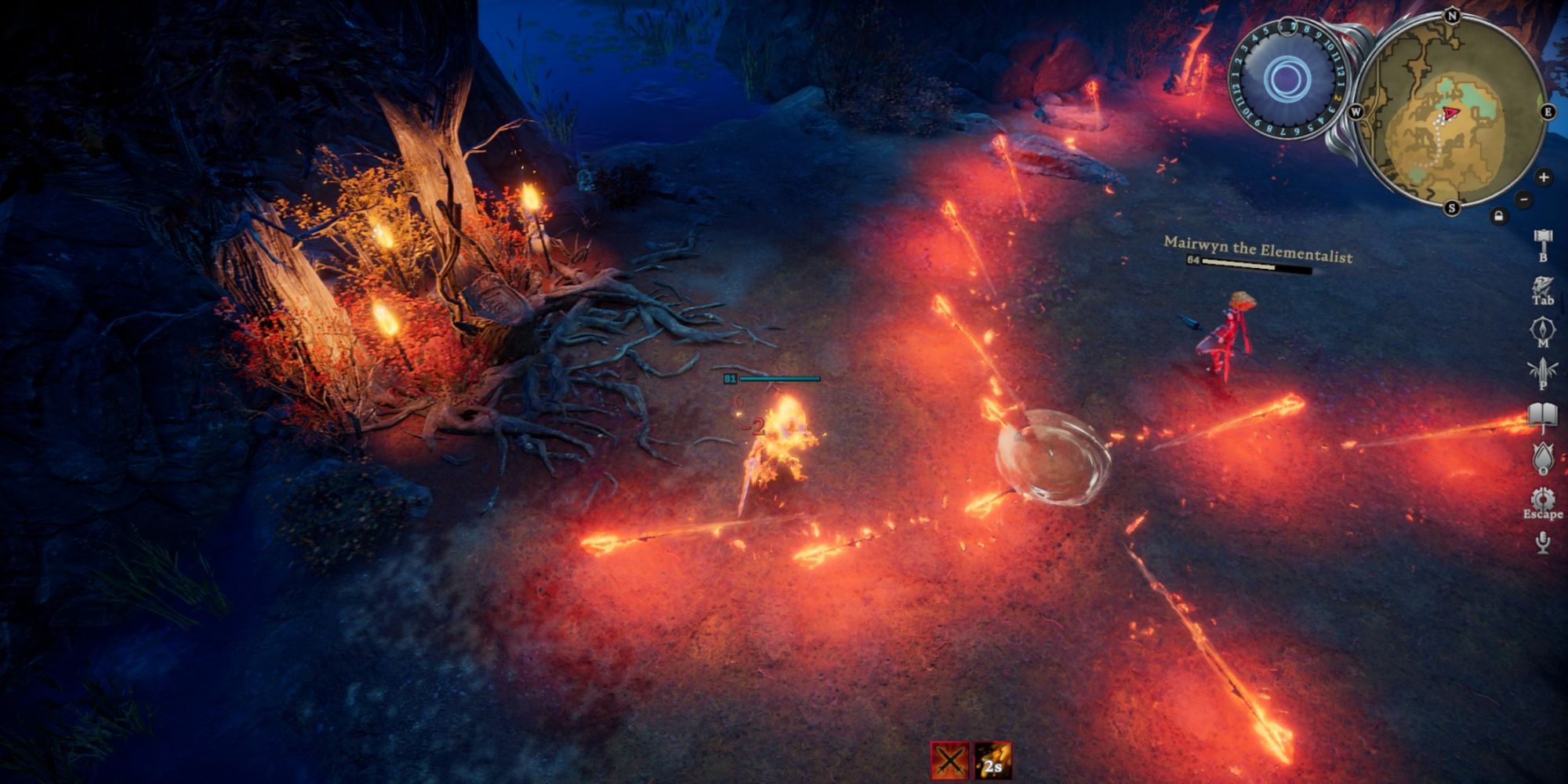 Mairwyn The Elementalist unleashes some powerful magical attacks against you, and can output some high damage if you are not prepared. She will primarily use ranged attacks, so being in melee can make it difficult to dodge the projectiles.

Staying at a safe range will give you plenty of time to avoid the spells, and allow you to deal damage in return without worrying as much about your positioning.

This fight can be pretty hectic, but as long as you stay at medium range and focus on dodging, you should be able to wear Mairwyn down. No spell is so individually powerful enough to kill you, but some combinations can be tricky, so don't be afraid to dash away to a far distance if you need a few seconds to recover.

For your set-up, try running the combo of Sanguine Coil and Chaos Volley, which will let you shorten the fight and nuke down the Illusion, as well as keeping you healthy should you be clipped by a projectile.

Crimson Beam is a good Ultimate, as the extra healing is always useful, so try to get some high quality Scholar Blood for even greater spell leech. A Dark Silver Reaper and Dawnthorn Regalia are your best gear options. 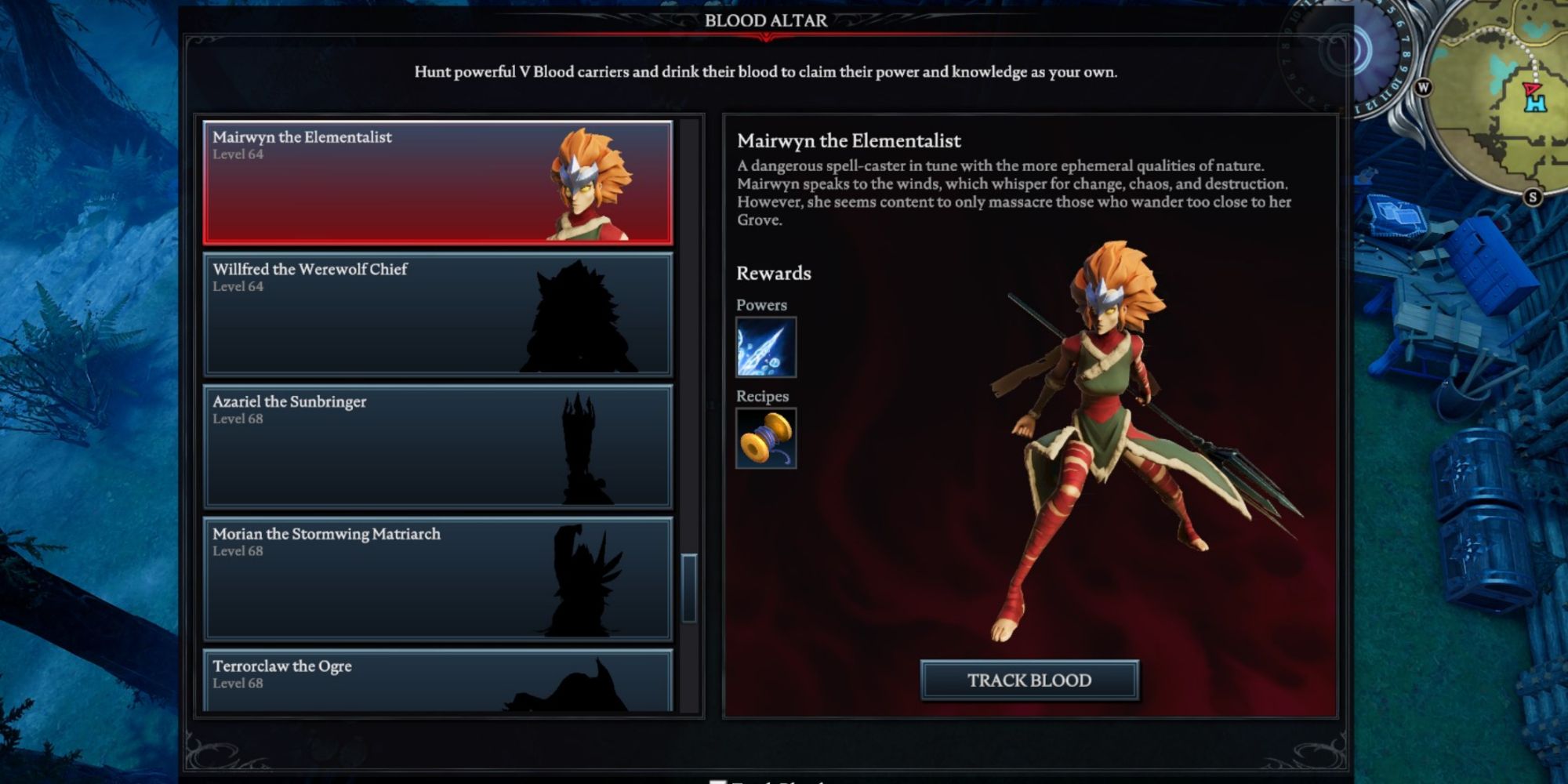 Upon draining Mairwyn The Elementalist of her V Blood, you will obtain two rewards.

The first is the Crystal Lance Vampire Power, a high damage Frost spell that mimics the one used by Mairwyn during your fight. Hitting an enemy will inflict Chill, and hitting a Chilled enemy with a basic attack will Freeze them for four seconds.

The Lance will shatter upon impact and launch a wave of low damage projectiles outwards from the point of impact. Although enemy players will have a reduced Chill effect, the spell's damage makes it an appealing option, especially against targets that you benefit from kiting. Combining Crystal Lance with another Frost Spell will make it easier to proc the Freezes, and you can easily set up an effective crowd control combination.

Your second reward will be the Imperial Thread recipe, required to craft the game's strongest armor: the Bloodmoon set.

Due to this, Mairwyn becomes a mandatory boss if you are seeking to fully upgrade your character's gear, as the power increase will serve you well versus the toughest late game opponents.

Imperial Thread can be crafted at your Loom, using the following materials: