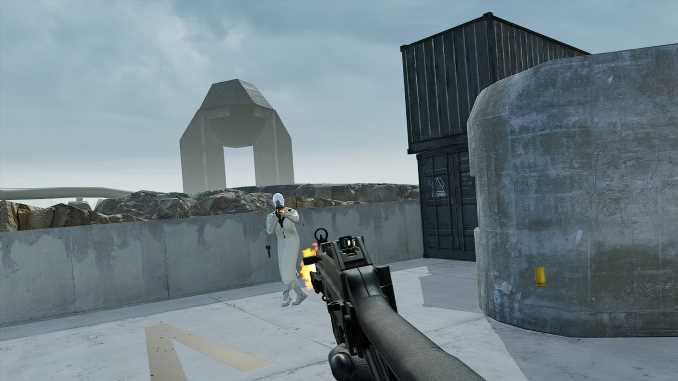 Aexlab’s debut VR title is now available to wishlist on a store listing, where you can also request access to an ongoing alpha test. Vail envisions a dystopian future in which two warring factions, Colonists and REYAB, fight for control across two game modes. Team Deathmatch does exactly what it says on the tin, while there’s also a more central mode named Artifact. You can see some snippets of gameplay in the video the developer recently posted below.

The developer says its the game’s focus on tactics and realism that set it apart from other shooters. The game features full-body animation for characters, too. Other than that, though, there’s still a lot to learn about Vail, including things like post-launch support and map variety. We’ll be sure to bring you more when we can.

Multiplayer shooters are becoming increasingly popular in VR today, with titles like Onward and Population: One seeing continued success. That said, the relatively low number of PC VR headsets out there (compared to actual gaming PCs using Steam) can make it a tough genre to succeed in – even developers like Inxile Entertainment have struggled to maintain full lobbies in games like Frostpoint. Will Vail have what it takes to succeed?

A release date for Vail VR hasn’t yet been announced and there’s no word on possible Oculus Quest and PSVR versions too. Will you be checking the game out? Let us know in the comments below!