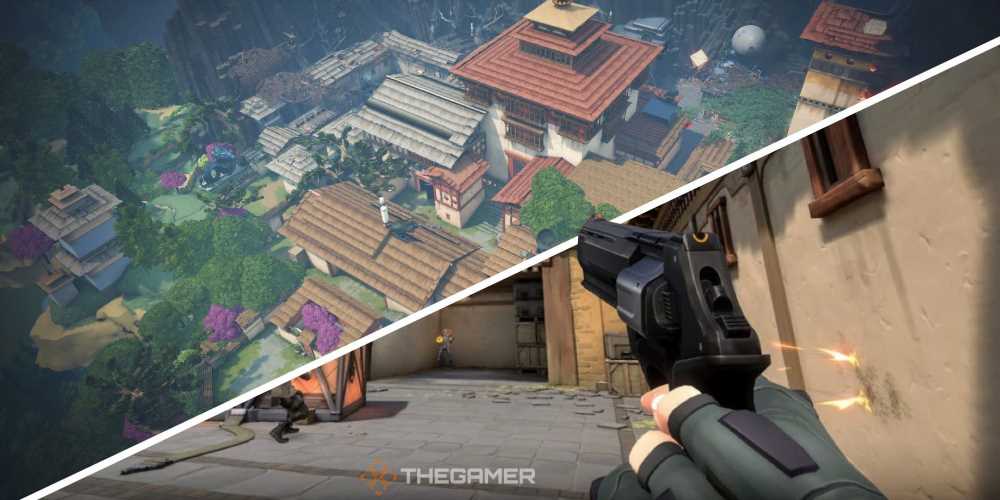 Valorant’s five-on-five gunfight is more than just pointing and firing at the enemy. Similar to League of Legends, Riot Games made sure to incorporate team composition factors and create differently-styled maps to force players to use critical thinking if they hope to win.

One of the six maps, Haven provides everything from open areas to tight corners, while also having three site locations to plant the spike. By following these tips, playing on Haven will feel like a walk in the park. 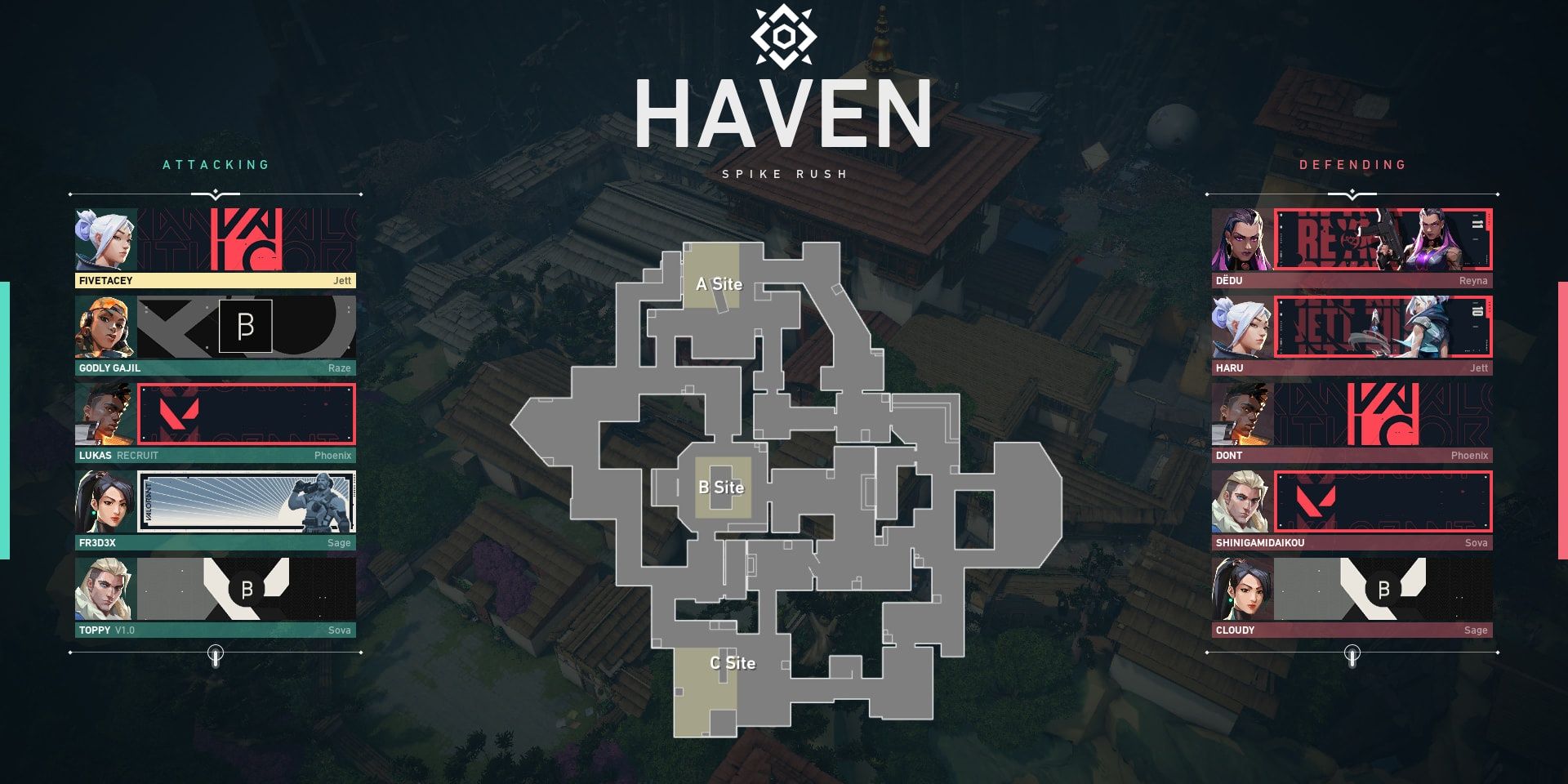 Located in Thimphu, Bhutan just 170 miles from Mount Everest is Haven. Out of the six maps, Haven is the only one with three bomb sites, which can cause an issue if you’re not properly prepared. Because of the three sites, defenders will have to stretch their defense and not have enough defense at one of the sites. Whichever site has the lone defender must have quick communications if the enemy team is detected, so their teammates can rotate.

Attackers can use the extra bomb site as a diversion. One of the attackers, preferably someone like Reyna who has offensive abilities and can heal herself, can cause a ruckus near either A or C. Then, the main attacking group with the spike can sneak to the opposite bomb site. 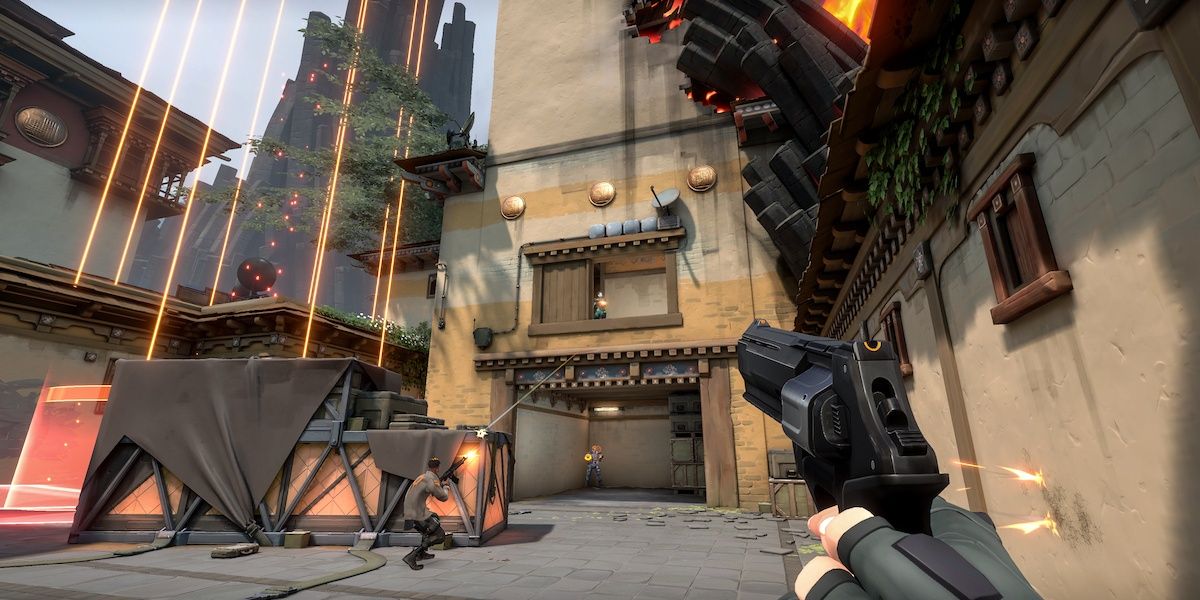 Knowing location names around the map can be the difference between winning or losing. Instead of yelling, “They’re on me!” a more effective callout might’ve been, “Jett is peppering me from Heaven on A site!” Other than the many different flanking maneuvers that can occur on sites B and C, those two sites are relatively normal in their design.

Site A has an overlooking tower with a window and another open area at the bottom. Dubbed “Heaven and Hell,” these two locations are prime hiding places for either the defenders when the round initially begins or for the attackers after they’ve secured the spike plant. Jumping down from Heaven can cause serious fall damage if you’re not too careful. Due to the high probability of an agent hiding in these spots, don’t be surprised if an enemy turns the corner while pre-firing. Be warned. 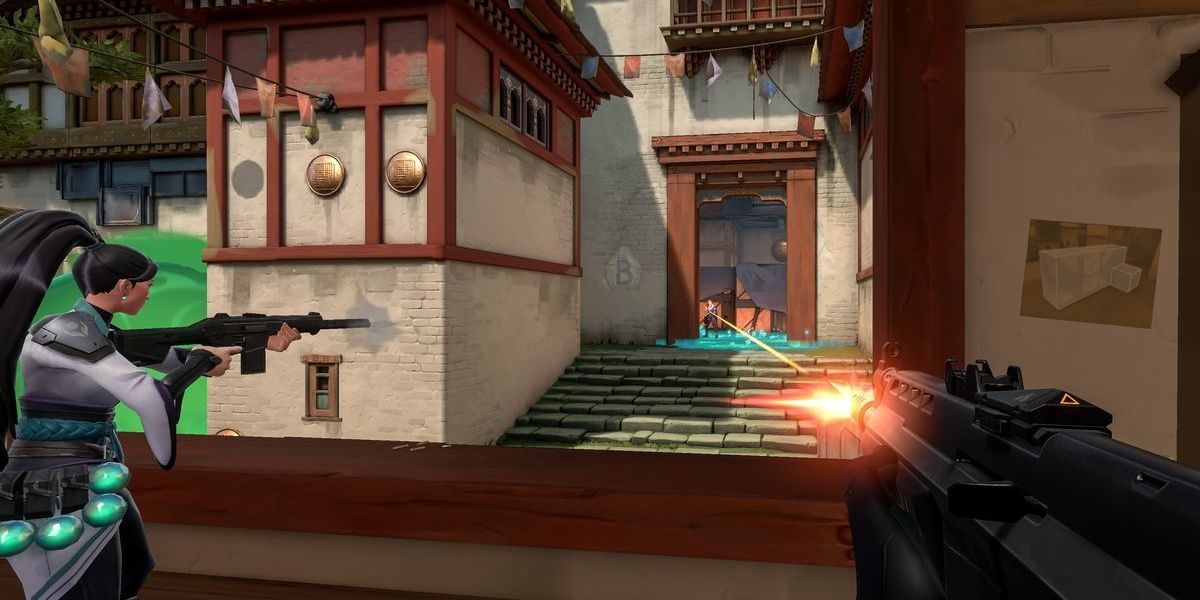 Being the only map with three bomb sites, having pristine map awareness is absolutely key. If defending, understand that there are as many as three different ways attackers can advance onto each respective site. That means defenders need to have each other’s cross angles covered in anticipation of any flanks.

Attackers need to also worry about possible flanking tactics. If playing against an aggressive defense, agents might try to push up on the attackers to disrupt any early planning. The defender’s spawn location directly connects to sites A and C, so, odds are, one of those sites will have the lone agent defending. 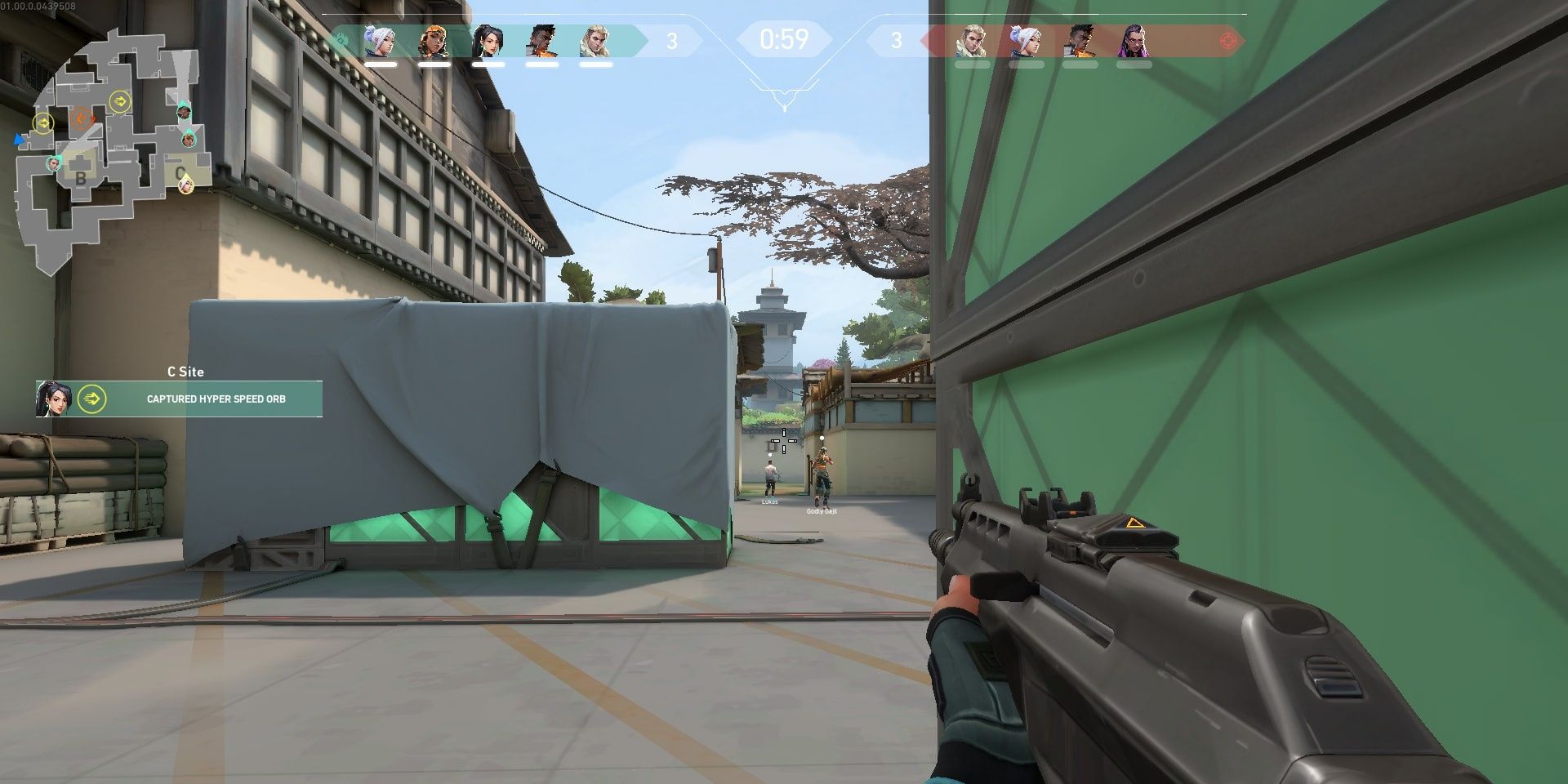 Although Haven is one of the biggest maps in the game, there isn’t much open area. There are various tight corners for enemies to hide. Being able to quickly check corners, and also take mental notes for common hiding spots, will prove vital.

Agents with blinding abilities like Reyna, Phoenix, and Breach are extremely useful in advancing onto a heavily guarded site. Raze’s Boom Bot also can reveal someone’s location, if placed at the proper angle. 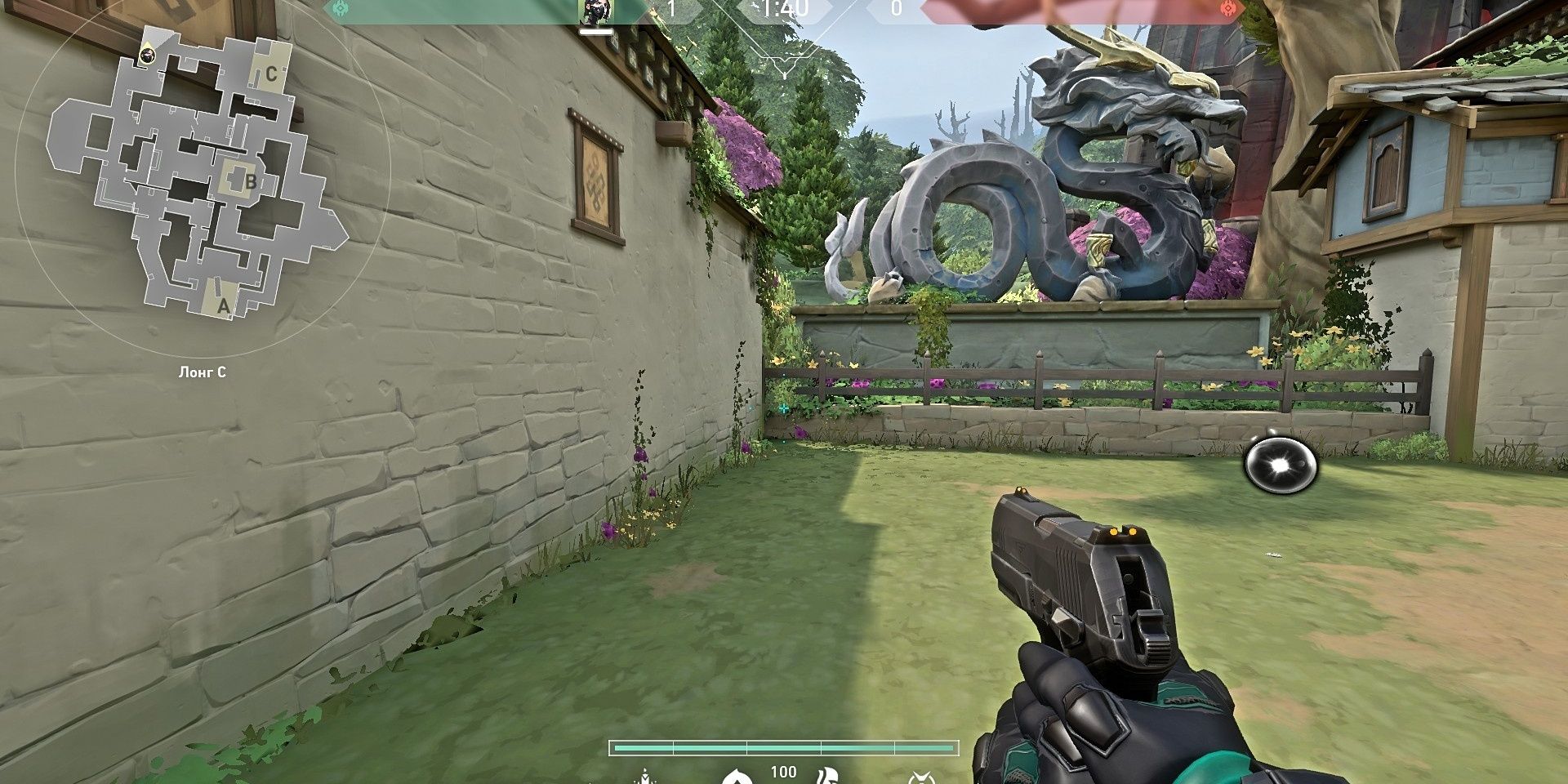 Just like the other maps, Haven has two ultimate orbs located in sight of the tower on site A and down the long hallway of site C. Typically, the orb near site C is the easier of the two to obtain, but there are cases where the defender at site C will rush the orb. It’s wise to wait a few seconds for the round to settle in before making an attempt on either side. Someone will grow impatient and make a move, becoming vulnerable while picking up the orb.

Whether making a play for the orb near site A or C, having an agent with a blocking ability will help. Using either Viper’s Toxic Screen or Phoenix’s Blaze can temporarily provide an opening to grab the orb. 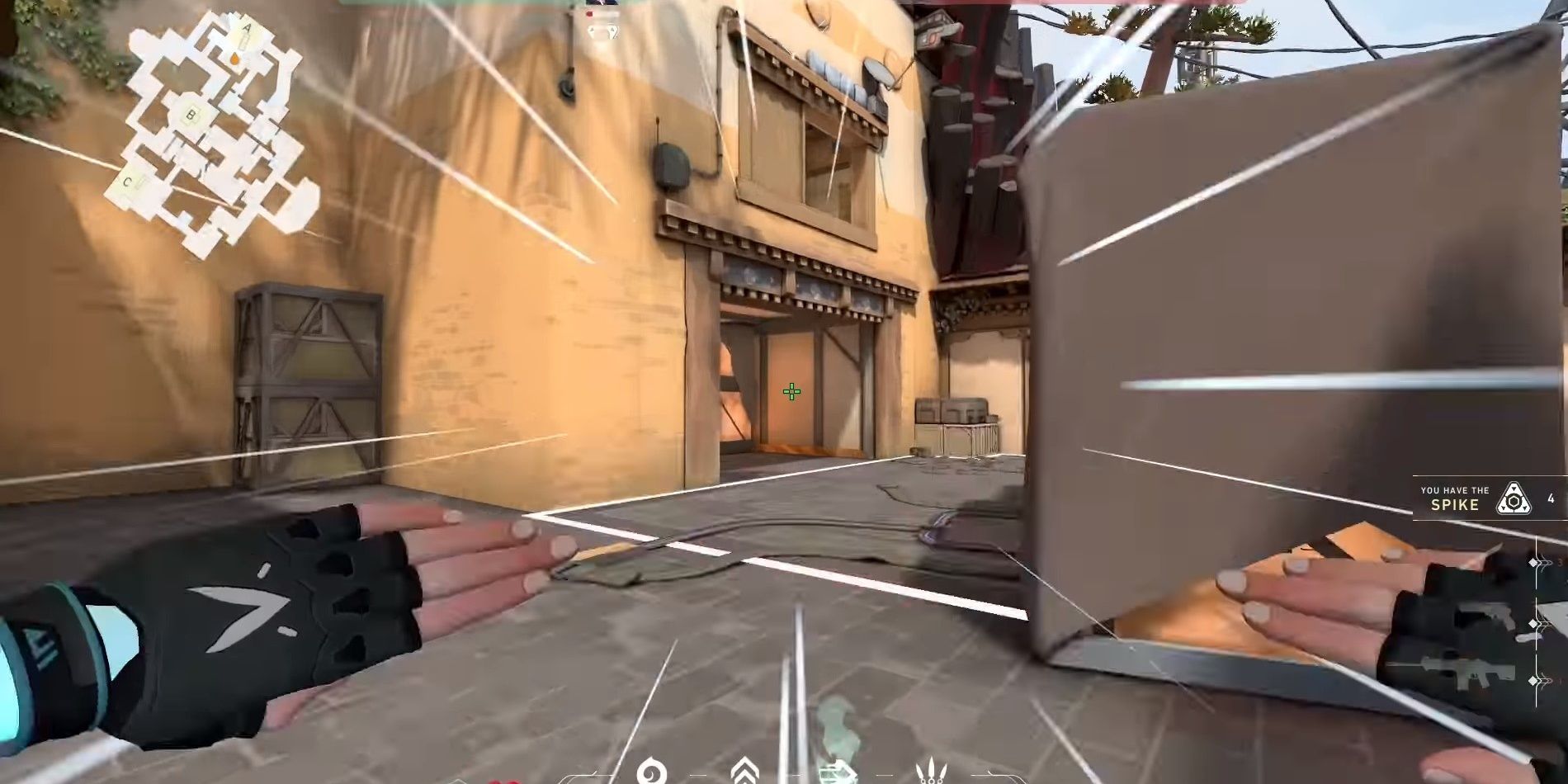 Having quality communication in Valorant is important, but having a fast response time can make a difference. Agents like Jett and Omen can cover a lot of ground quickly. With how spread out Haven is, it’s equally important to have agents on the team who are mobile. Omen’s From the Shadows ultimate can teleport him anywhere on the map, arguably the most powerful ability to use on Haven.

Two lesser agents, but still with abilities to cover more real estate than the average agent, are Yoru and Cypher. While Yoru’s Gatecrash ability might be better served as a quick getaway, the fact that he can fire the rift tether in a given direction and have a 30-second window to teleport is an advantage on the map. Cypher doesn’t have any abilities to make himself teleport or increase speed, but his Spycam can monitor areas to keep him out of danger. 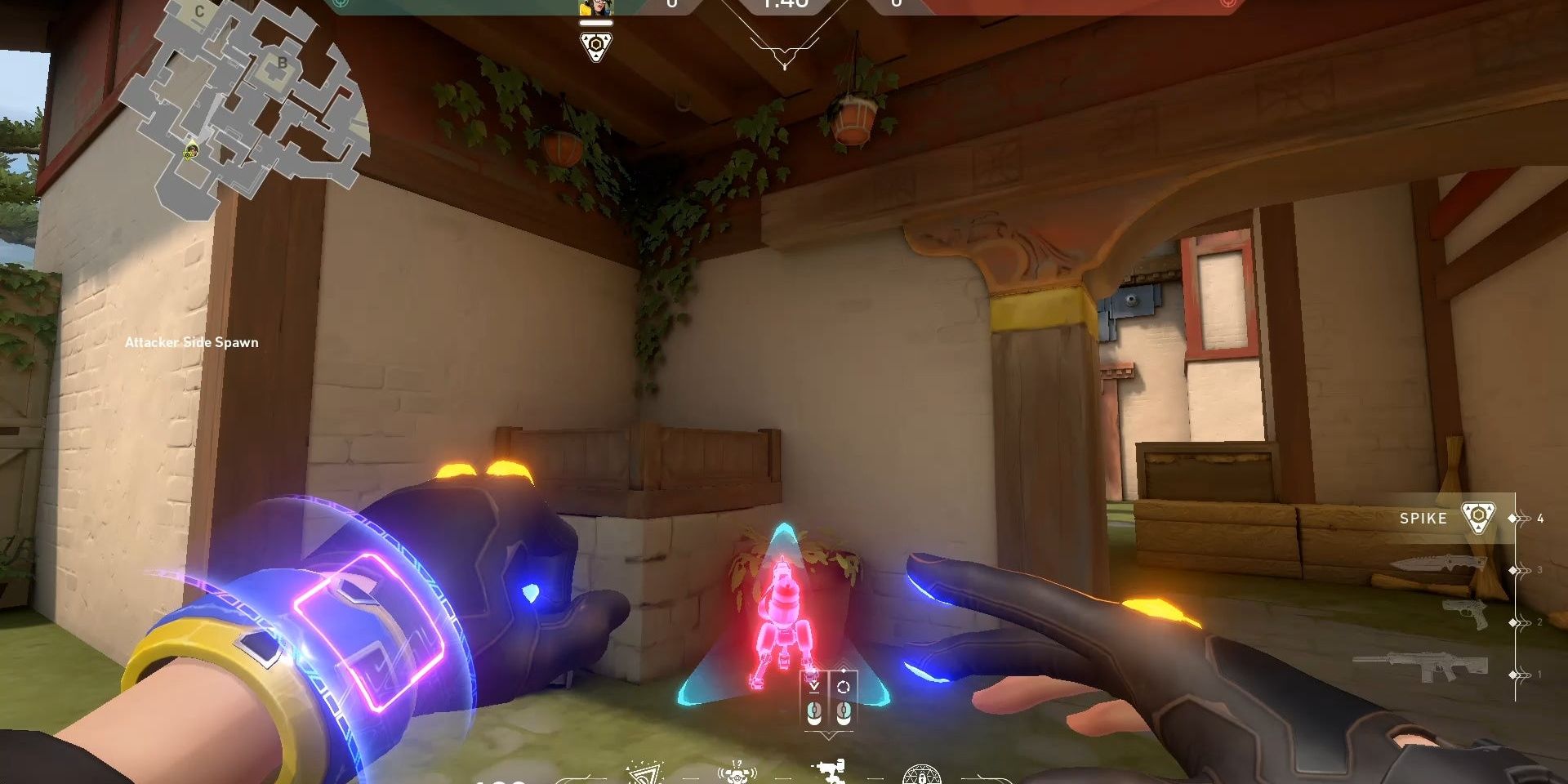 With Haven’s size, the possibility of getting flanked is pretty high. In order to reduce that risk, it’s smart to maybe stack an additional defensive-minded agent than normal on a smaller map. Not only is Sage a must-have because of her healing and reviving powers, but her ice wall can slow a team down considerably and help cut off flanking paths.

Riot Games creating Haven to have an extra bomb site puts stress on the defense. Instead of being able to have a minimum of two people at a site, defenses must make the tough choice in only sending one defender to sites A, B, or C. Killjoy is the perfect agent to hold down the fort by herself. Killjoy can set her turret bot to fire on any approaching enemies, revealing their location in the process, and place an alarm bot near a different entrance. With her abilities, Killjoy can theoretically defend up to three different paths the enemy team could take. 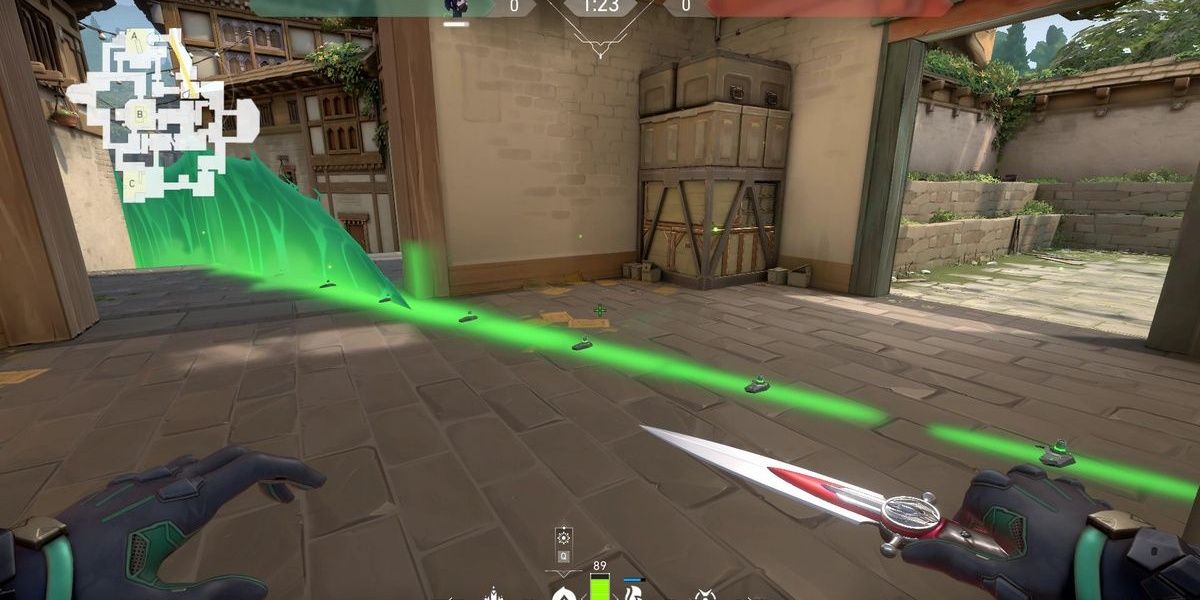 Viper’s Toxic Screen holds tremendous value and potential on Haven. Her ability to obscure the enemy’s line of sight is helpful on any map, but on Haven, she has the capability of blocking the sight of two sites. If angled correctly, the American Chemist can launch her wall from A to B or B to C, blocking two of the sites in the process.

Her ability can help defenders set up in flanking positions as the attackers proceed with caution through the veil of poison, or she can use the wall as a diversion to attack another site. While there are plenty of abilities that can prove useful on Haven, few provide the benefits of Viper’s wall.