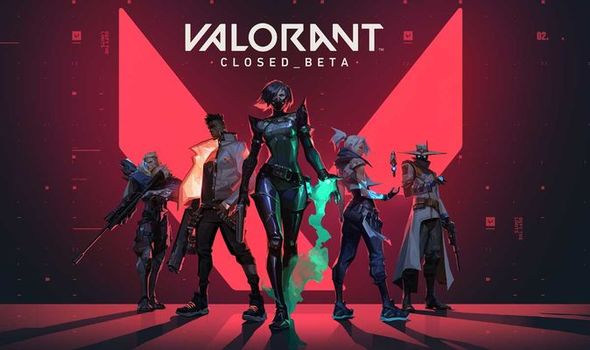 The Valorant Closed Beta is one of the hottest tickets in gaming right now but unfortunately for many, there is still very limited space. While new Twitch Drops are being planned, Riot Games are keeping a close eye on the game servers. And as confirmed earlier this week by the development team, only a certain number of gamers are being allowed into the Valorant Closed Beta.

This is due to Riot Games wanting to keep the Valorant experience competitive and not wanting to break gameplay quality.

The way in which you can earn a Valorant Beta Key remains the same – through watching drop-enabled Twitch feeds – but the amount being dolled out will only rise based on server quality.

And with such limitations in place before the game’s full launch, shooter fans are wondering how long the Valorant Closed Beta will last?

No one wants to miss out, especially since a lot of people have extra time on their hands right now.

And lucky for us, Riot Games has provided an update on the current situation regarding the Valorant Closed Beta.

HOW LONG IS THE VALORANT CLOSED BETA?

The good news is that Riot Games is being flexible with beta dates due to the current climate of world events.

And it appears that the Valorant closed will run for a long time, while also expanding based on player demand.

No set end date has been placed on the Valorant Closed Beta, however, we have had reassurances made based on the final release date.

Riot Games has stated that they want the Valorant Closed Beta to run near to when the final release date is set.

Riot confirms that this won’t be a beta that only lasts a few weeks and is being used to work out issues with the game.

But if the final release date is pushed past Summer 2020, it sounds like the Valorant closed beta might not match that added time.

And speaking on the subject, Donlon explained: “Plans change, and I think it is important that we keep saying that…

“We need to be agile and flex during this time to be able to change our plans if we need to but right now, I think we would like to keep the Beta going up as close to the launch date as we can.

“But if the launch date pushes for any reason then we will have to reevaluate if that is possible or not.”

So while space remains limited within the Valorant Closed Beta, it sounds like Riot Games will be keeping it going for quite some time to come.

They have also warned against buying Riot Accounts that have Beta Keys, saying that they are ready to ban those accounts.

The full interview with the Valorant development team and ESPN Sports can be viewed here.