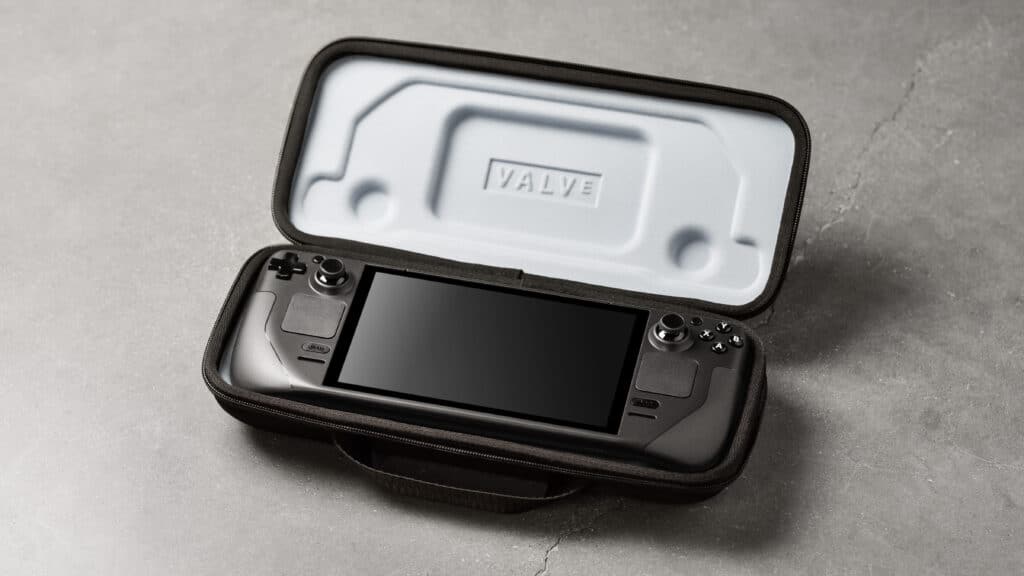 Valve gave its most direct hint that its upcoming Steam Deck PC handheld could provide a path to standalone VR and an answer to Facebook’s Oculus Quest.

The hint comes by way of a hands-on report from The Verge’s Sean Hollister who asked if Steam Deck’s custom AMD-based processing unit could be used in a standalone VR headset.

“We’re not ready to say anything about it, but it would run well in that environment, with the TDP necessary… it’s very relevant to us and our future plans,” Valve’s Greg Coomer said.

TDP refers to the thermal design of a product. The key design problem facing standalone VR headsets is providing all the processing power necessary to produce a high-quality VR experience in an all-in-one piece of hardware while also dissipating the heat produced by those processors away from the head. It is also seen as the key issue facing AR glasses as well, which may follow VR designs in even slimmer designs.

Valve previously said that the Steam Deck will have all the connectivity necessary for a VR headset, but its performance isn’t optimized for that use case. Valve co-founder Gabe Newell even went one step further to suggest that, as an open PC-based product, Steam Deck should be able to connect to an Oculus Quest. Steam Deck uses a custom processor unit it partnered with AMD to create.

The technology industry faces a shortage of silicon chips and continuing supply chain issues that could have a major impact on product roadmaps heading deep into the future. We’ll be curious how that affects the development of next-generation VR hardware as companies may prepare competitors for Facebook’s Oculus Quest 2. The Steam Deck handheld is expected to start shipping later this year, but new orders placed today aren’t expected to ship until Q2 of 2022.