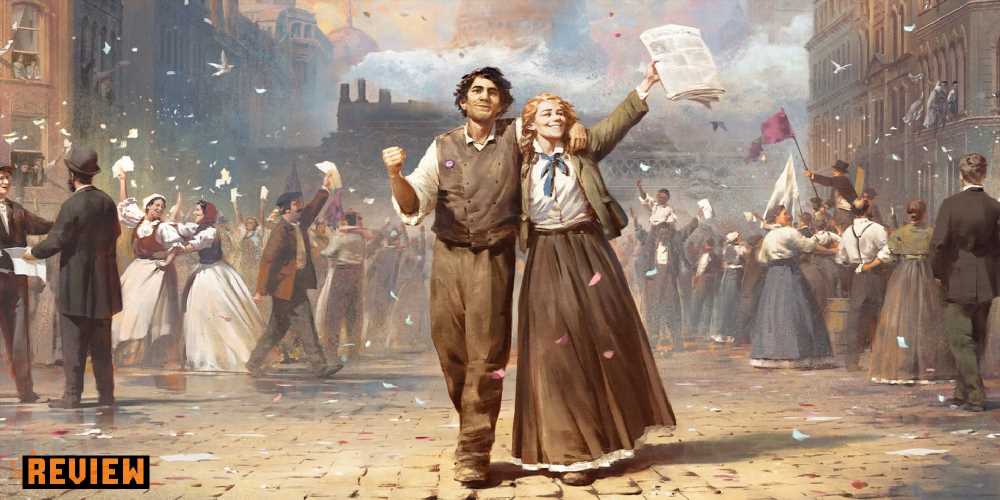 Launching a Paradox game for the first time is always an exciting moment – you’re presented with a wide-open world and more buttons to press than you can shake a stick at. Victoria 3 is no different. You’re thrown back to the 1830s, and tasked with leading a country into the Victorian era, managing its economy, governance, and place in the world. But this isn’t just your run of the mill strategy game. I’m not exaggerating when I say that Victoria 3’s depth and complexity surpass any other I’ve played.

This means you’re at a bit of a disadvantage when it comes to the learning curve, even if you’re a grand strategy veteran. The tutorial goes some way to explain many of the game’s central concepts, but you can expect to be reading quite a lot of tooltips, messing around with buttons, and maybe even loading up an old autosave to avoid joining a war that ends up totally destroying your economy. Theoretically. I’m looking at you, Prussia.

As is the case with many Paradox games, the early game is an incredibly engaging experience. Potential is the watchword here – almost every nation in the game has the potential to be molded into whatever you wish. If you want to turn the US into a liberal utopia, you can. Fancy driving the Catholics out of Rome? Entirely possible. You could even conquer the entirety of Europe as Wales, if you so wished! That one is a bit of an uphill battle, though. We’ll get there one day.

The flexibility that you have in developing your nation as you wish is one of Victoria 3’s greatest strengths. Micromanaging your laws and taking steps to ensure they’re passed is a challenging yet gratifying mechanic. Opposition will inevitably arise, so it’s important to take what steps you can to disenfranchise those groups that don’t share your glorious vision, and it feels great to come out on top and watch the opposition’s political clout dwindle into insignificance.

In addition to the fantastic political simulation, Victoria 3 also boasts excellent economic management. If you don’t know your basic economic theory by now, you will after a few hours grappling with the markets in this game. A few more hours and you’ll be micromanaging tariffs like a pro, handing out embargoes like Halloween chocolates, and cursing your fleet of trade convoys simply for not being big enough to handle your veritable empire of coin. Keeping a handle on your supply chains is probably the most important mechanic to learn, and it’s very satisfying to master.

One aspect of Victoria 3 I love is how minutely you can manage your industry. Being able to change the workforce or the production methods of your businesses and factories to suit your current needs adds a great layer of strategy to the game. As you gain experience in running things, these decisions become more automatic, and you only have to glance at the super-helpful tooltips to see if a change is worth making.

The level of detail presented to you is refreshing – every decision you make is an informed one, every term is explained in detail, and the potential issues that might crop up as a result of pressing the riskier buttons flash up with dangerous-looking icons. In a game as complicated as Victoria 3, this is necessary if you want to have any fun, let alone success.

Sooner or later, you’ll end up at war. Whether you’re trying to conquer nearby states, defending yourself from outside forces, or simply waging a moralistic war to ban slavery for the greater good, warfare will come into play. It’s a shame that Victoria 3’s warfare system doesn’t hold up when compared to the likes of Crusader Kings 3 or Hearts of Iron 4.

Don’t get me wrong, I love that the devs have severely reduced the micromanagement required by removing moving stacks of units – the warfront-based abstractions and simple combat rolls emphasise the game’s focus on politics and economy and prevent the boredom that comes with trying to outmaneuver AI units. That said, it’s hard to tell exactly where warfronts will progress when you push them, keeping a track of claimed land is a chore, and the pre-war maneuver stages, in which you’re prompted to sway neutral parties to your side, feels like a total crapshoot. By the time I got into my third playthrough, I just started avoiding war entirely – it’s not engaging or fun.

The momentum keeps going through to the midpoint of the game, where things get even more interesting. You’ll have your direction pretty much decided at this point, your place in the world solidified, and your goals set in stone. With decent play, you’ll also have your economic and political foundations established, and the time for struggle is over. This is when you’ll likely start making more daring plays on the global stage, whether militaristic or peaceful, and you start unlocking new technologies that let you take your strategies to new levels. This means greater opposition, of course, usually in the form of meganations that halt your expansion and huge populations that threaten your stability with turmoil and the threat of revolution, but that just adds to the fun. The stakes? Higher. The victories? Earned. Everything is more compelling.

Unfortunately, there comes a point when the game becomes dull. You’re too powerful, you’ve achieved your goals, and those midgame threats have become empty. I wouldn’t put this down to me being some god gamer – I’m shit at these games, usually. This isn’t a new problem, either. Many Paradox titles end up having lacklustre late-games because they’re just too damn long. Once you get to the 1890s, gameplay is often reduced to clicking the same buttons you’ve been clicking for the last seven hours just to make numbers get bigger. Sure, the game still looks and sounds utterly incredible, but the stakes disappear almost completely, unless you’re taking on some unrealistic goal like a world conquest or some other silly challenge.

Victoria 3 is a grand strategy game with perhaps too much depth and complexity for genre newbies, and genre veterans might find the simplified warfare a turn-off. That said, I am wholly invested. It’s the most sandboxy of the Paradox lineup so far and I’ve been enjoying my time with it immensely. It is gorgeous, impressive, and absolutely worth the time it takes to learn. Now onto my fourth playthrough. The World Welsh Order will rise, mark my words.

Score: 4/5. A review code was provided by the publisher.