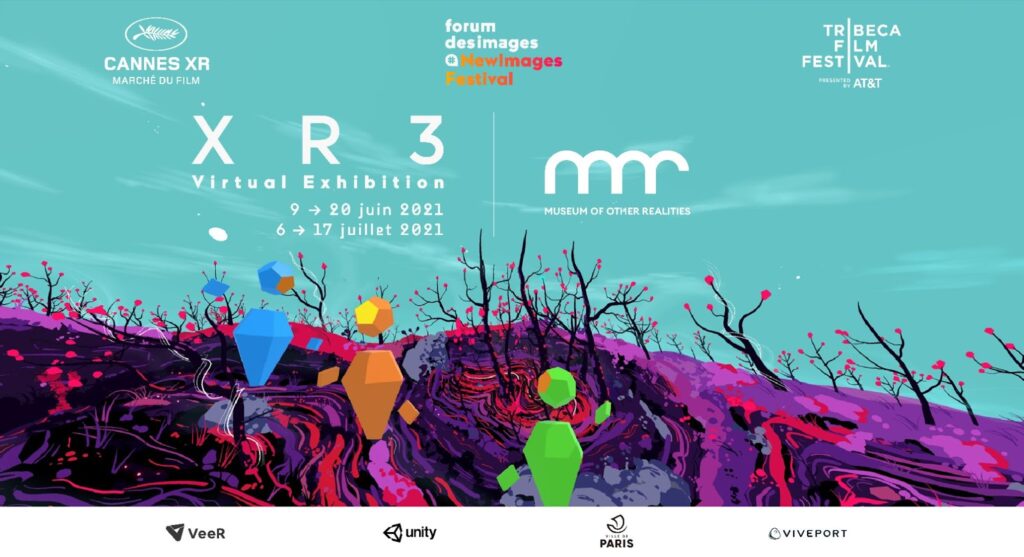 Last month Cannes XR, Tribeca Immersive and NewImages Festival collaborated on an XR industry first, a multi festival event held inside the Museum of Other Realities (MOR) called XR3. Also, rather unusually, access to XR3 online was split across two dates, with the next availability starting tomorrow 6th July.

MOR used to cost around £15 GBP on Steam and Viveport yet for the launch of XR3 in June the app was free to download. That’s going to remain so from now on, with MOR Museums Inc. confirming the app would be permanently free this month. If you did purchase MOR: “We want to thank everyone who purchased the MOR app, as without you, we wouldn’t be here. We’ll be in touch soon with in-app gifts of gratitude,” the company said in a tweet.

As for XR3, once you’ve got MOR downloaded you can then purchase each film festival’s content selection separately, providing plenty of titles for all you immersive film fans out there – there are over 30 works to explore. There’s a really wide variety of artistic expression on show, highlighting some of the amazing work being created within the XR industry.

Some of these you might already be familiar with as they’ve now been publically released for headsets. Most recently was the 45-minute mystery adventure Madrid Noir, developed by No Ghost and produced by Atlas V, arriving for Oculus Quest last week. Even Cortopia Studios’ puzzle videogame Down the Rabbit Hole makes an appearance.